Back in April I was browsing in a local consignment store where I've found a few nice pieces, but overall, isn't known for carrying high-end designer merchandise, and I found this coat.....

It looks like a nice coat, right?  The colour is not one I would usually wear, but the fabric was luxuriously soft, like a wool-cashmere blend, and the beautiful detailing indicated the coat was very likely an expensive purchase for the original owner. 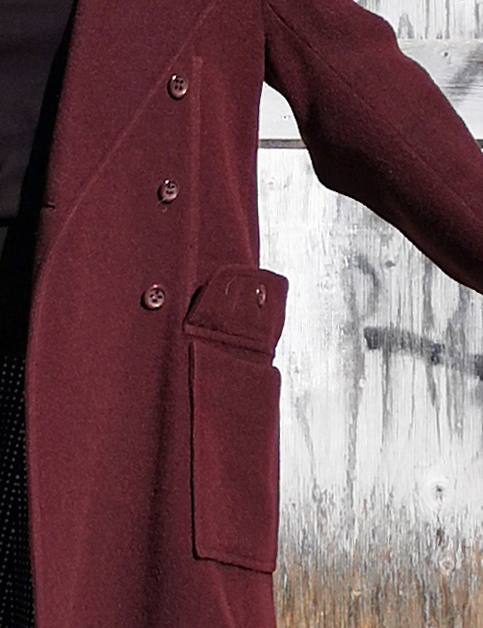 The flaps on the pockets are held open by a button, instead of the usual "buttoned-down" position you see on most coats.  A length of binding (I don't know what else to call it) is sewn on the front (it's visible in the photo next to the row of buttons), and on the shoulders, and there is an ever-so-elegant half belt in the back.

And then there's the label... 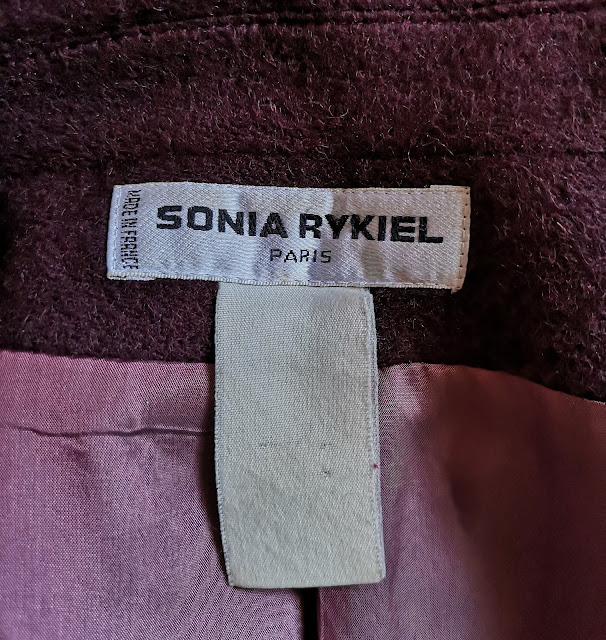 And how much did this vintage, French-made designer piece cost me?   The coat, a vintage top, vintage maxi dress, and a t-shirt came to $11 (it was their end of season sale).  As I was inwardly "SQUEE-ING", the woman behind the counter eyed my bag of treasures and said, "well, you did pretty well today, didn't you?"  She really had no idea.


If you're not familiar with the designer Sonia Rykiel, here's a bit of history... 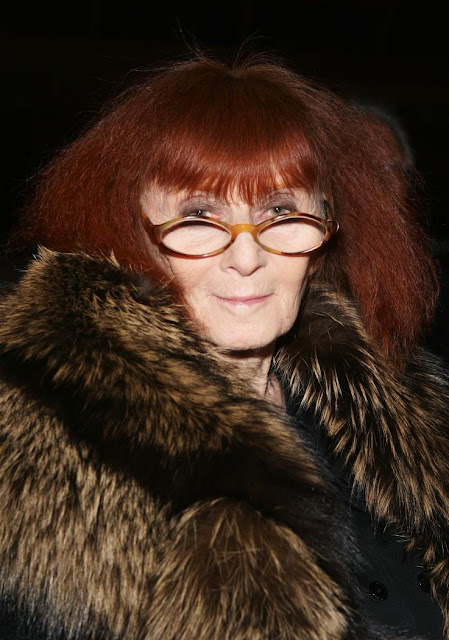 The story goes that in the early 60's, when Sonia Rykiel was pregnant with her first child, she couldn't find any clothes she liked in her husband's Paris boutique, so she designed and created a dress and a sweater, using his Italian fabric supplier.  The sweater had high-cut armholes and a shrunken fit, and she began selling the sweaters in her husband's boutique.  The "poor boy" sweaters, as they became known, were very popular (Audrey Hepburn bought 14 in different colours).  Rykiel's husband helped her start her own company and in 1968 she opened her own boutique on the left bank in Paris, specializing in casual knitwear.


Rykiel is quoted as saying "I do not want women to disappear beneath my clothing, the woman must be more than the garment, for it is not the dress that makes the woman, but the woman who makes herself".  Her designs in the 1970's were very modern - garments were made inside out and hems were left unfinished. She was one of the first designers to put text on a sweater.  Colourful and bold stripes figured prominently in many of her designs.  In 1972, she was dubbed "The Queen of Knitwear" by Women's Wear Daily. 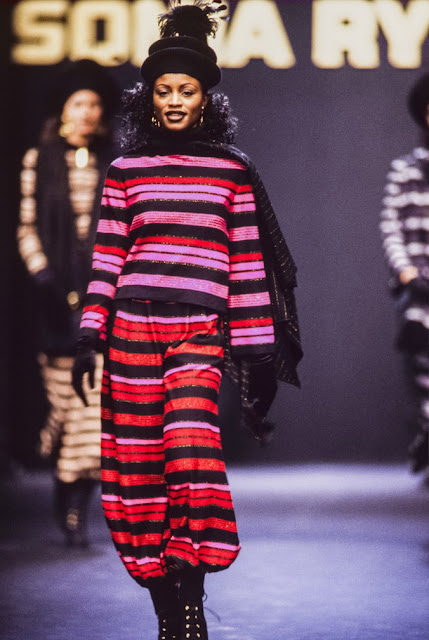 In 2009, she was awarded The Order of Legion d'Honneur in recognition of her 40 years of service to the French Fashion Industry.  Her company remained family-owned until 2012 which made it one of the last independently owned fashion houses. Rykiel died in 2016 at the age of 86 from complications from Parkinson's disease. 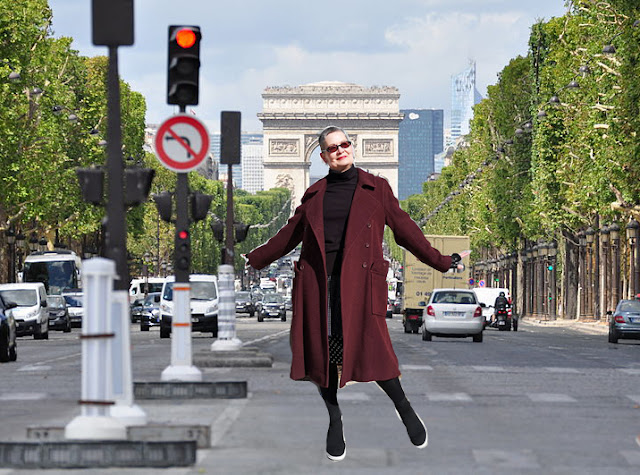 When I wear this coat, I imagine myself strolling down the Champs-Elysees in Paris on a cool Spring day, knowing that I am wearing a little piece of French fashion history.

Have you found any Squee-Worthy "champagne" designer pieces for the price of a couple of beers?
Posted by Forest City Fashionista at 8:36 PM 15 comments: