I saw the sci-fi film The Matrix when it was released in 1999, and while the film was chock full of amazing visuals, the thing that stuck with me the most was the costumes.  After watching that film,  I wanted a long, dramatic black coat like the one worn by Neo (played by Keanu Reeves, see image below), and wished I could rock a shiny, pvc one-piece like the character Trinity (on far right). 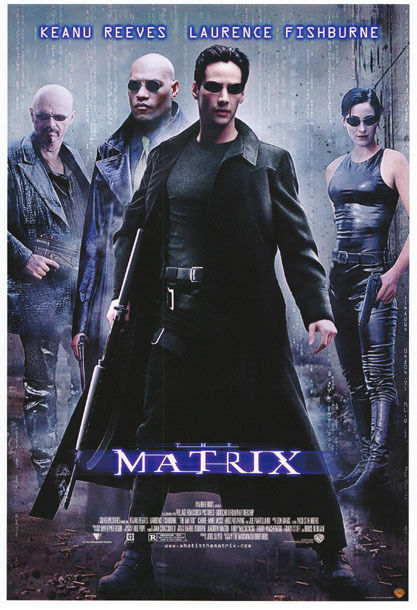 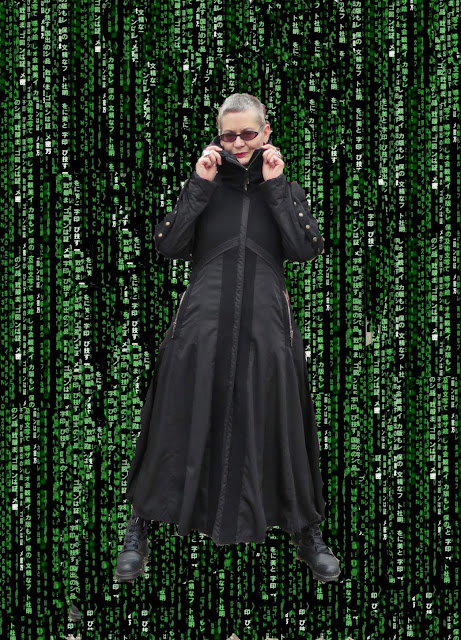 I'm past my pvc catsuit-wearing days, but I can definitely rock a dramatic coat


I spent two days in Toronto in early November and for part of that time I hung out with fellow blogger, Suzanne Carillo.  As we are both avid thrift shoppers, we had to fit in a visit to her local Talize.  I always go for the coat section first, and at one point I pulled out a large, very wrinkled black wool and nylon thing.  It didn't look like much (in fact, it looked like it had spent some time rolled up into a ball in the bottom of someone's closet) but it seemed like good quality, and I was intrigued enough to try it on.  It fit like a dream, so despite the dust and the wrinkles, it showed true potential.  A trip to the dry cleaners later, and it revealed its true, glorious self.   The brand is Creenstone, which was not one I was familiar with, so some research was in order.  Turns out it is a high end "outerwear specialist" based in the Netherlands, and their coats retail for $400 - $800.  Was I excited?  You Betcha, especially when I paid less than $20 for it. 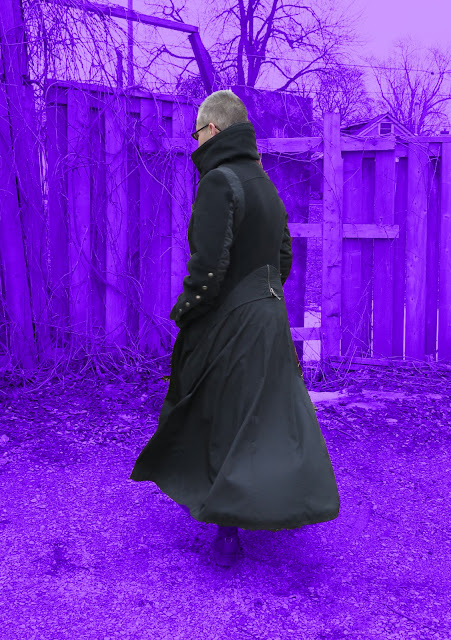 It's a perfect weight for those "just above freezing" days, and the nylon "skirt" of the coat billows behind me when I walk, which makes me feel like the start of my own movie. The curved lines in the back are incredibly flattering, and when you throw in the zipper and metal snaps on the sleeves you add a level of bad-assery to an already gorgeous coat. 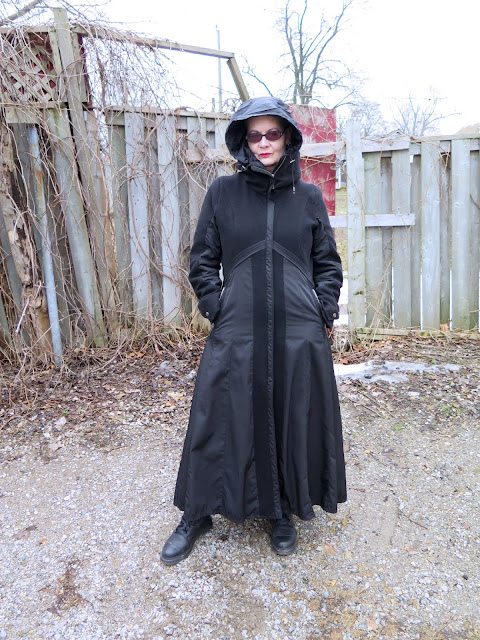 It even has a light nylon hood that is concealed in the thick, standup collar.  I left the background unedited in this photo so you could see just how boring and colourless it was.  It definitely did not suit such a fabulous coat, so I had some fun playing around with the paint brush in Photoshop. 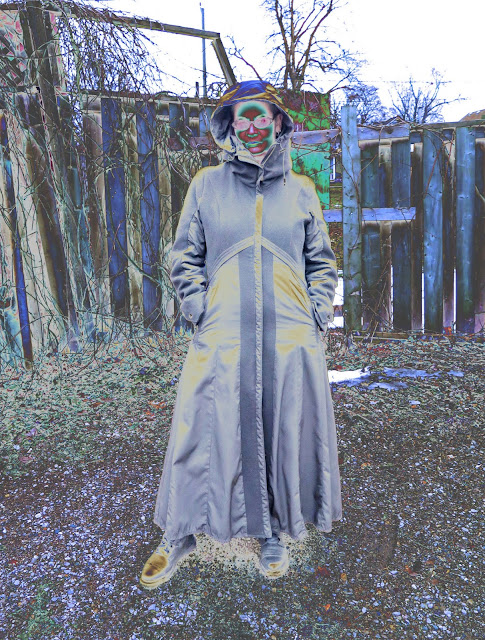 Excuse me, but I'm off to the Matrix to kick some ass.  See you next time.
Posted by Forest City Fashionista at 9:55 PM

Labels: Creenstone, dramatic coats, I will wear what I like, shop secondhand first, style over 50, Talize, The Matrix, thrift shopping, thrifted, visible women