The weather was beautiful when I visited Denver recently - the temperature hovered between 25 - 28 degrees Celsius (that's 77 - 84 degrees Fahrenheit for you Americans) - and the sky was an intense blue with a few fluffy clouds.  It was perfect weather for a trip to Red Rocks Park located about 15 minutes outside of the city of Denver. 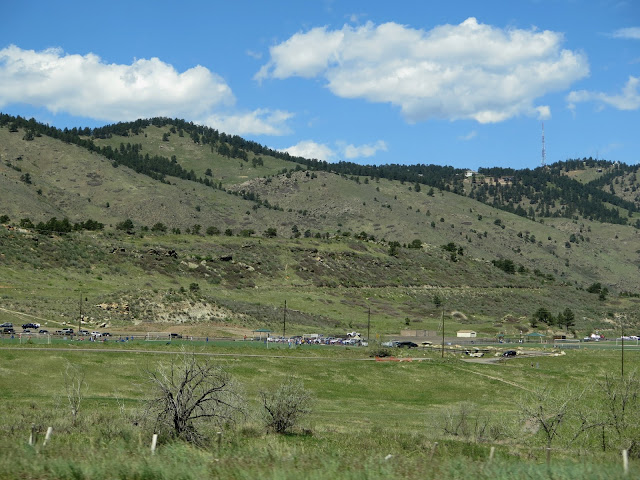 As I live in the flat landscape of London, Ontario, it was a treat for me to to see the mountains as we drove to Red Rocks. 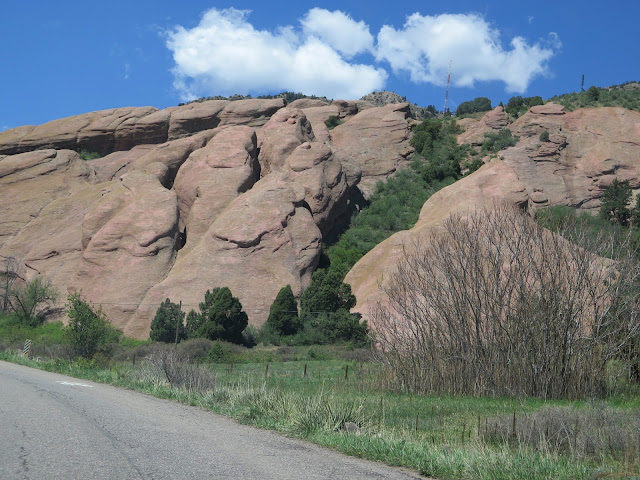 The park is located along the eastern edge of the Rocky Mountains and is named for the large red sandstone rock formations inside the parks 804 acres.  It is owned and maintained by the City of Denver, which purchased the park in 1928. 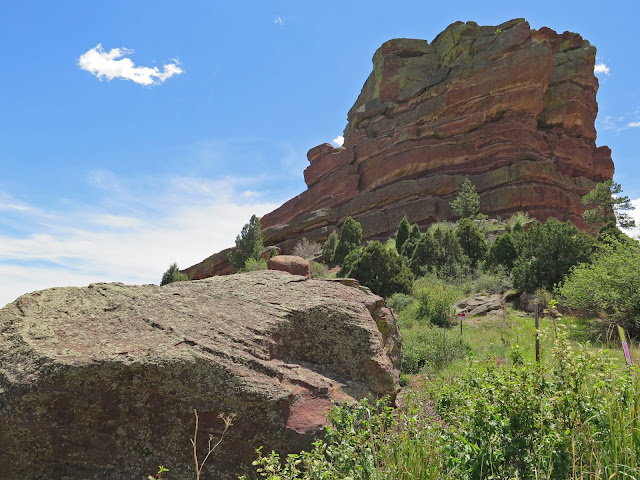 The "jewel in the crown" of the park is the Red Rocks Amphitheatre which was part of the original vision of John Brisben Walker who owned the park until it was sold to the City of Denver.  The park was built by the Civilian Conservation Corps between 1936 and 1941 and was designed by Denver architect Burnham Hoyt.

According to the Historic Red Rocks website, "The Amphitheatre project required the removal of 25,000 cubic yards of rock and dirt and used 90,000 square feet of flagstone, ten carloads of cement, 800 tons of quarried stone, and 30,000 pounds of reinforced steel." 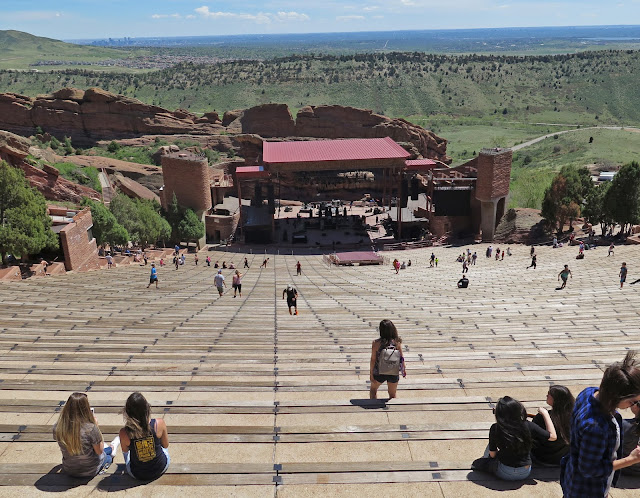 The view from the top of the Amphitheatre is amazing - on a clear day you can see the city of Denver.

The Amphitheatre is a world renowned open-air concert venue with seating for approximately 9,500 people.  The Beatles performed at the venue in 1964, and in 1983 U2 played a concert there which was filmed as part of "U2 Live at Red Rocks: Under a Blood Red Sky".   There was a concert scheduled for the night we were there, but it was too late for us to change plans and get tickets.  It would have been an incredible experience to see a concert under the stars.  Some day.... 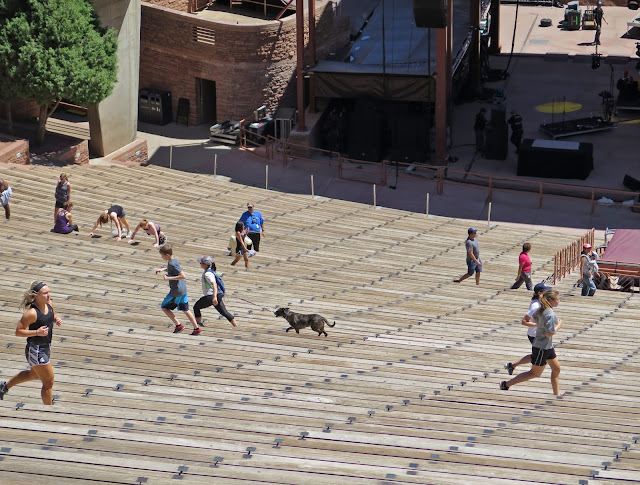 Many people use the seats of the Amphitheatre as their own outdoor gym - while we were there people were running across, and up and down the seats, and one man jumped from the bottom row to the top, one level at a time.  He looked like he was ready to pass out when he reached the top. 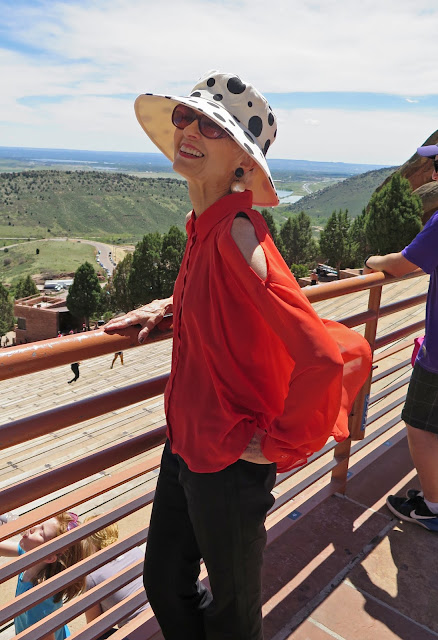 Judith looked lovely in her floaty blouse that caught the breeze. 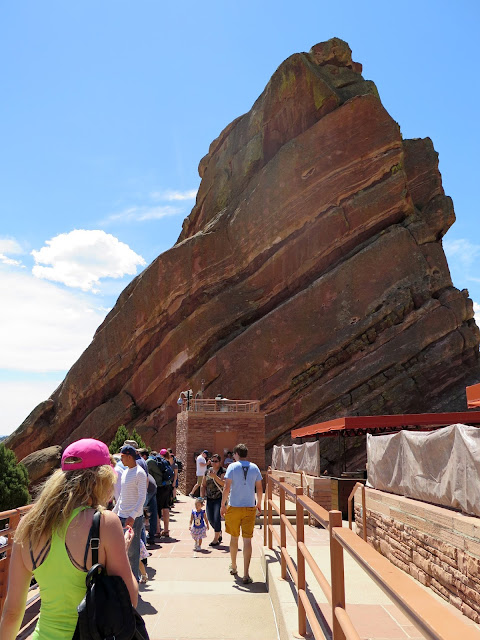 There are large rock outcroppings on either side of the Amphitheatre and they have names - I believe this one is the "Ship Rock". 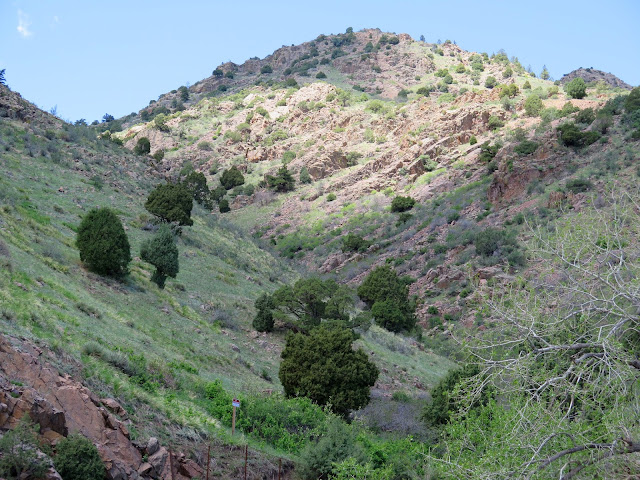 The view behind the Amphitheatre 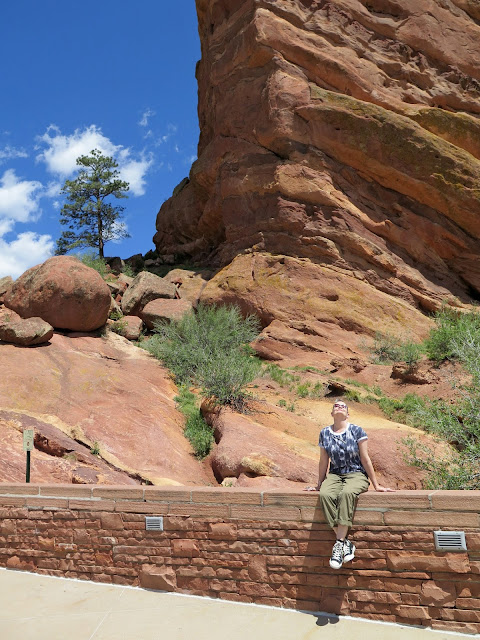 It was an absolutely beautiful day, and it was nice to get out of the city for an hour or two. 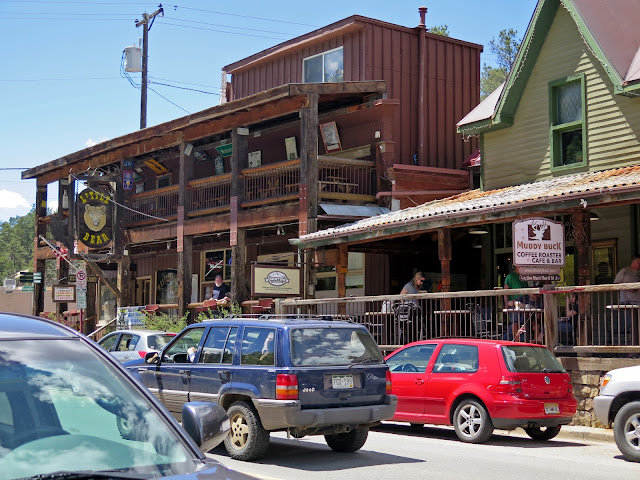 On our way back to Denver we stopped for lunch in the small community of Evergreen, home of the Little Bear Saloon and the Muddy Buck Cafe and Bar.

We stopped in The Little Bear for a few minutes, and the place definitely has all the trappings of an old Western Saloon.  Over the years, the building has been home to a church, a dance hall and a drugstore.   According to their website, the bar has the reputation for being "Colorado's rowdiest mountain bar". 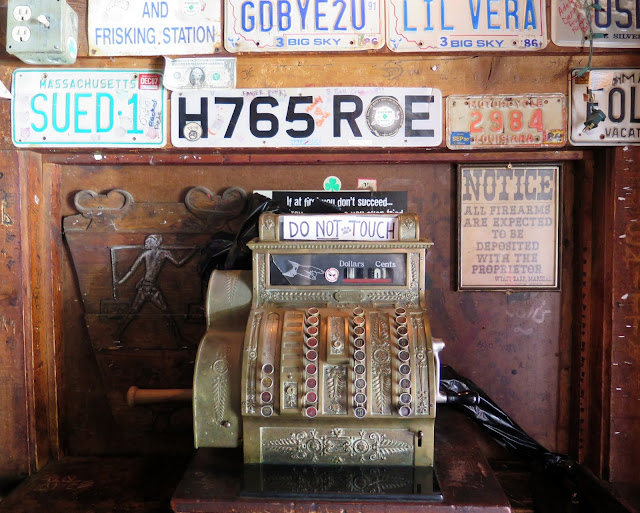 License plates from across the country and an old cash register greet customers inside the entrance. 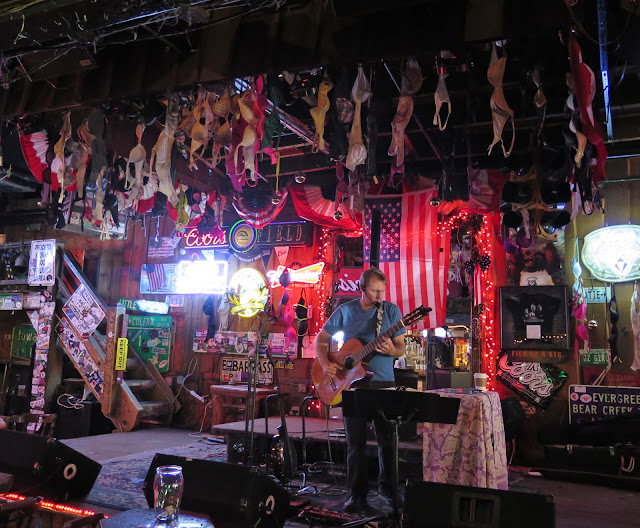 Judith had heard that women used to throw their bras at the musicians who played on the stage and the bras are now part of the decor.   Oddly, their website makes no mention of the bras, but they are indeed there. 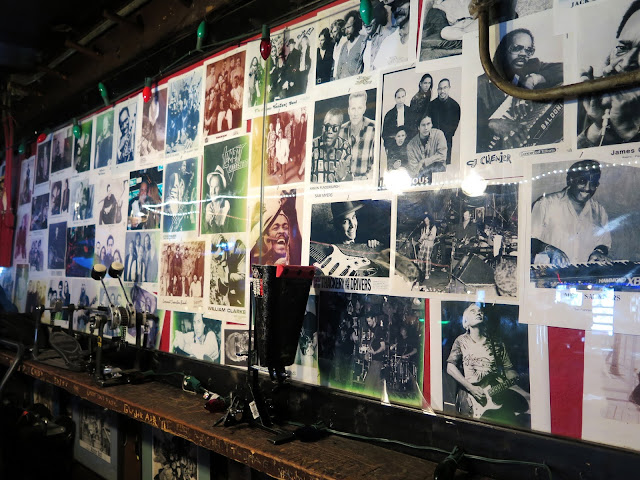 And there ended my excursion into the wild west of Colorado.  It was fun to see this side of the state as well as the cosmopolitan city of Denver.  As much as I enjoy looking at beautiful scenery (I believe I said "WOW" a lot as we approached Red Rocks Park) and exploring out of the way places, I'm a city girl at heart.   Many thanks to Judith for being a marvelous tour guide.

Judith and I did a photo shoot with her friend Dan, who takes the photos for her blog, and you can see the results in this post on her blog.
Posted by Forest City Fashionista at 10:52 PM