This past Wednesday, two of my favourite stores joined forces to present a Spring Jewelry Trunk Show.  Splash London brought a large assortment of Chanour and UNOde50 jewellery to From Mars and enlisted some friends to model some of the jewelry during the event.  I've never had a burning desire to be a model, but when all you have to do is pile on some bling and chat to people, why not? 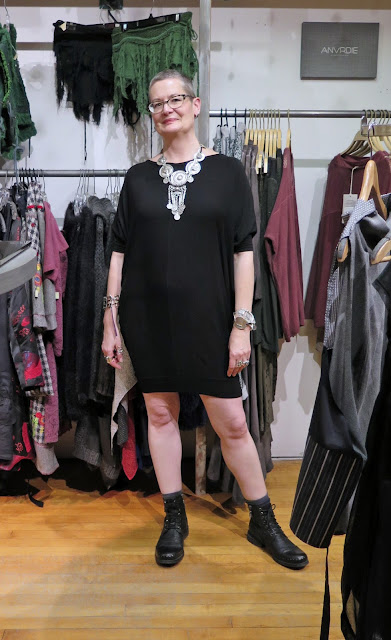 We were originally told to wear basic black so to best show off the jewelry, and this was as basic as I could get. 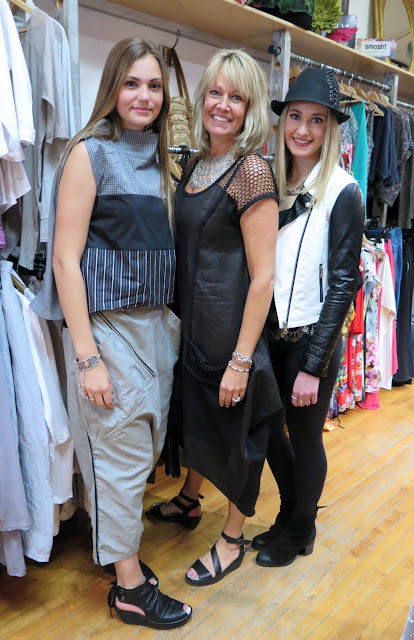 Stephanie (center) and her two daughters also modeled some of the jewelry, wearing outfits from From Mars. 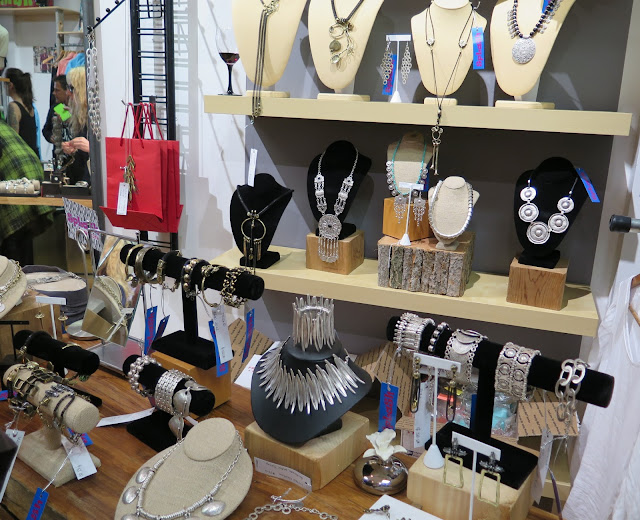 Chanour is a leading importer, wholesaler, and designer of handmade Turkish jewelry.  The pieces are bold in design and large in size.  The silver-coloured pieces are made from antique silver plated pewter. 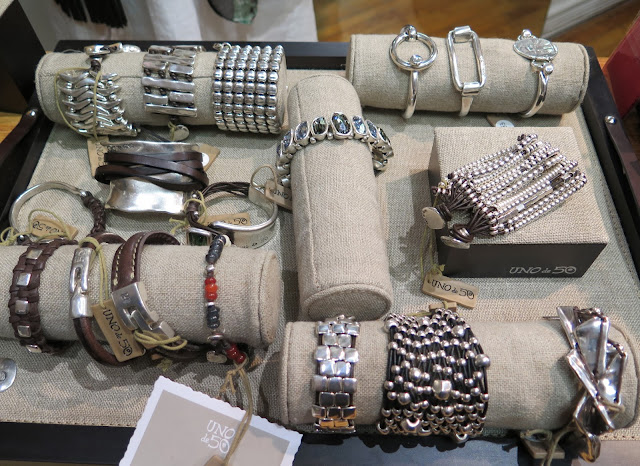 The UNOde50 (one of 50) is a line of silver plated jewelry from Spain that incorporates crystals and leather into the designs. 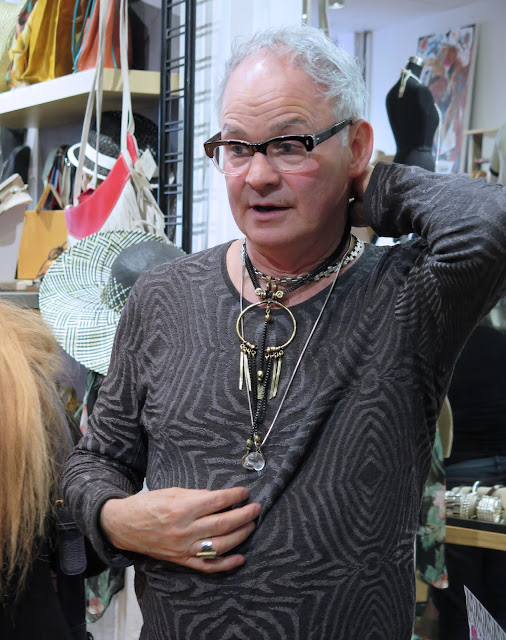 Jim Telfer, owner of Splash London, shows a customer how you can layer necklaces 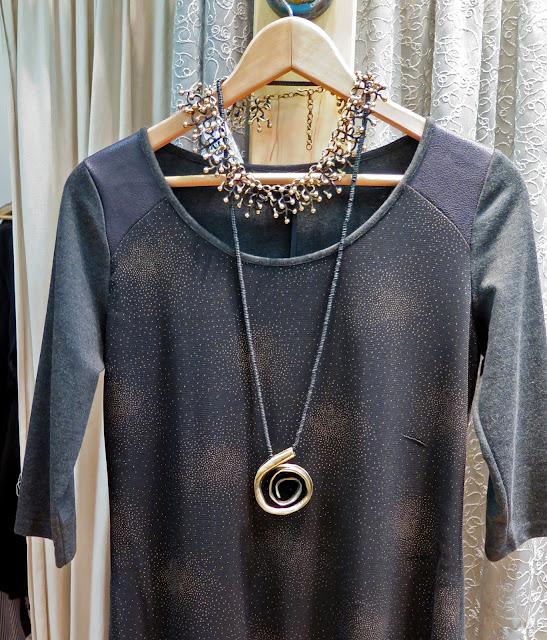 I liked the large bronze spiral pendant on display with a bronze choker, both pieces from Chanour. 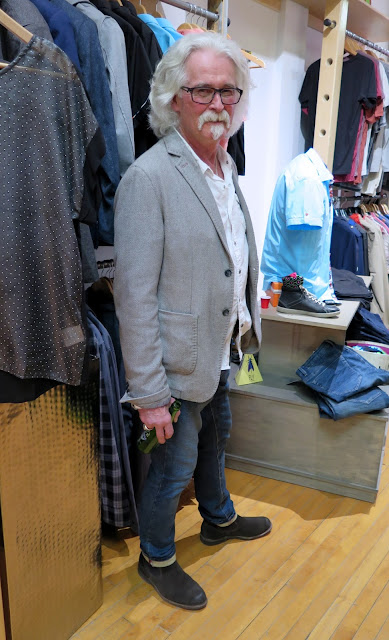 Any event held at From Mars brings out the best-dressed people in London.  John, in the photo above, always looks impeccable.  The store carries unique clothing and accessories for men and women, and most of the designs they carry look great on all ages, which has helped them establish a strong customer base of women over 40 (myself included). 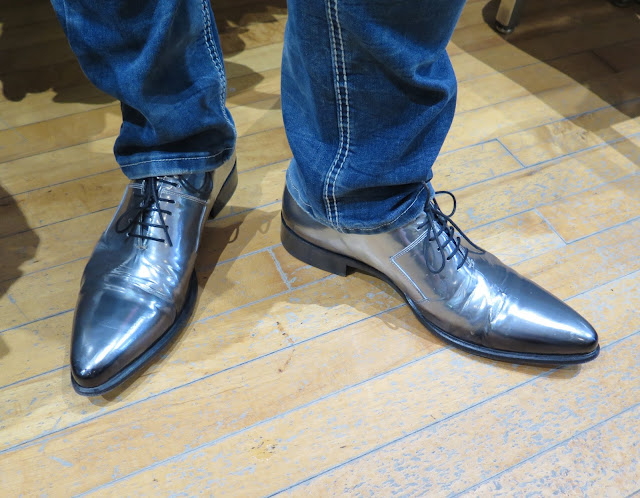 Another man in attendance was wearing these marvelous shoes he found in Toronto. 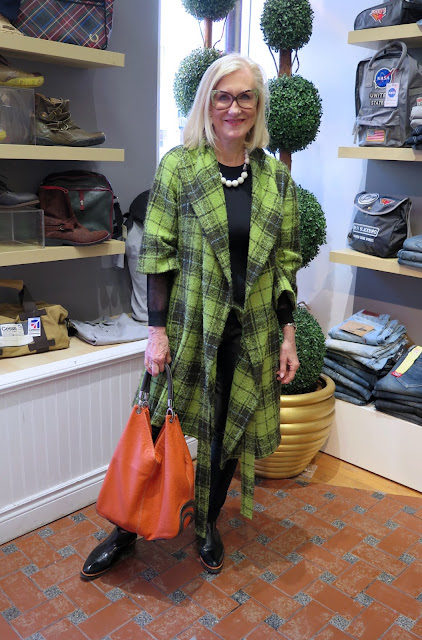 There were a number of superbly stylish women at the event, including Chris, in the photo above.  I loved everything she was wearing, from her funky eyeglasses to her ankle boots with orange trim on the sole. 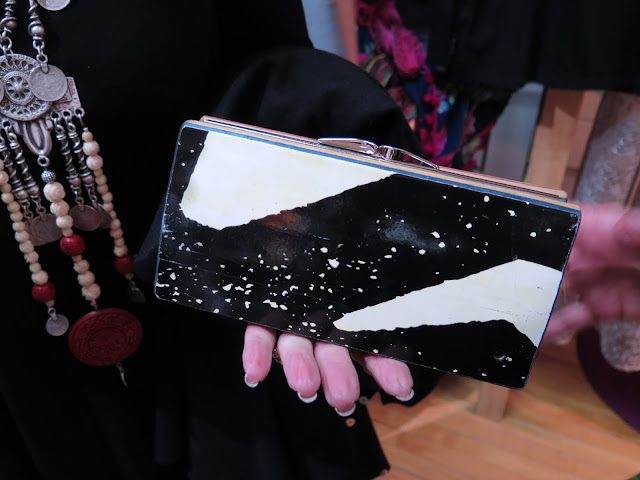 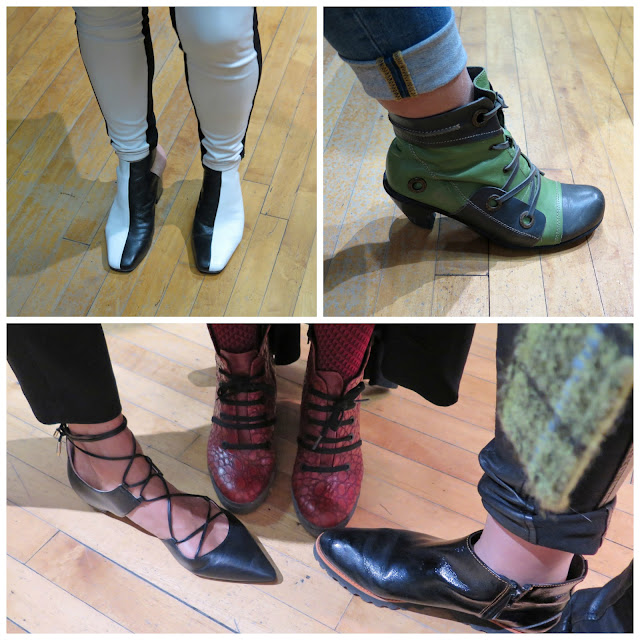 You can always tell a woman who shops at From Mars by her shoes, which are generally the coolest ones in the room.  In the case of Wednesday's event, there were many pairs of drool-worthy shoes to be found on the feet of the guests.  The green and blue ankle boots by Eject in the upper right were purchased at From Mars, the rest came from other stores. 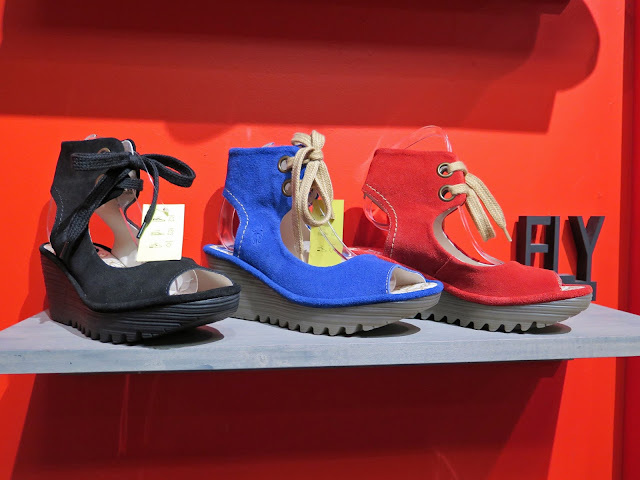 And if your shoe collection needed a boost, there were fabulous shoes available to purchase, such as the ones from Fly London in the photo above.

From Mars is located at 347 Talbot Street, and Splash London is at 266 Richmond Street.  Their hours can be found on their websites.