Let's take a brief intermission while I continue to edit my photos from New York and take a look at a couple of my recent outfits, shall we? 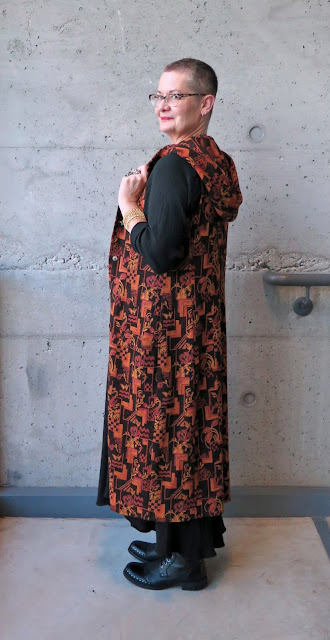 Not that there was much left to lose, just the coloured chunk at the front, which took all of 5 seconds to shave off.  Why, you may ask?  It was costing me a lot of money to maintain the colour in a little chunk of hair, and I had exhausted my colour options.  Watching Judith transition to her natural colour was rather inspiring, and it seemed like a good time for a change.  I like it, and the reactions so far have been positive.  Which I appreciate, but has also provided some food for thought; the last time I had my hair this short was in my late 20's and the amount of verbal abuse I received was astonishing.  I'm not sure if it's the case that people are now used to seeing more women with shaved hairstyles, or now that I'm in my 50's, most people aren't paying attention to what I look like.  Either way, it's a relief.


As far as the outfit goes, it's all secondhand.  The dress and boots are from Beacon's Closet in New York and I purchased the vest at the Toronto Vintage Clothing Show last spring.   It's wool, and was made in Finland so it's a great layering piece now that the weather is colder. 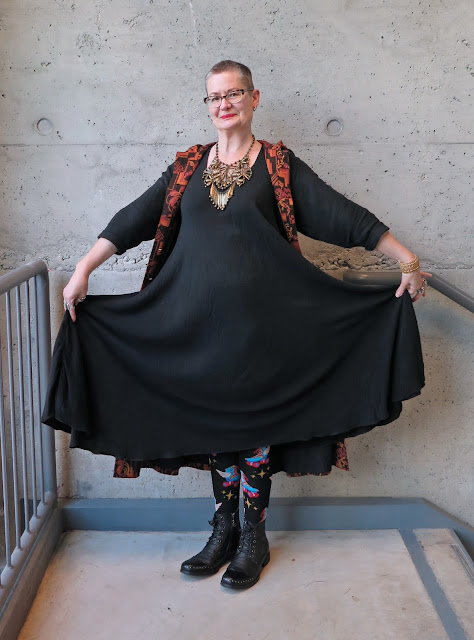 The dress is cotton and rayon, made in Morocco, and has two layers for extra fullness.  I had to hike it up so you could see my socks - they have roller skates with wings on them.  I found the necklace at a Housing Works Thrift Store during one of my visits to New York. 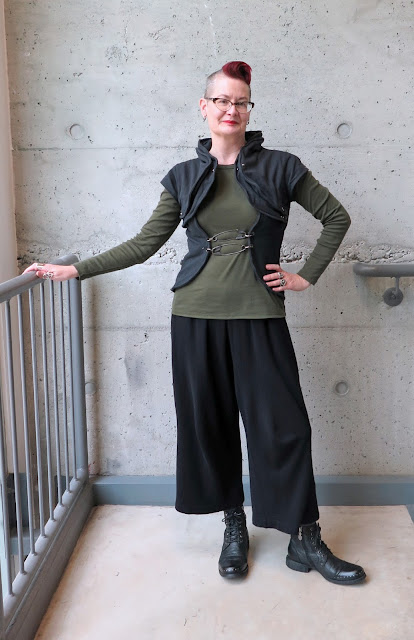 This photo was taken after I returned from New York in October, and the weather was cool enough that I could start layering pieces.  The thrifted wool pants I'm wearing went to New York with me, and wore them 3 days out of 5.  They're cozy and I like the shape, but I find I need to wear something fitted on top so they don't look sloppy.  This was the first wearing for the Psylo vest I got at From Mars in the late spring.  It's held together at the front by giant safety pins, which is one of the reasons I bought it. 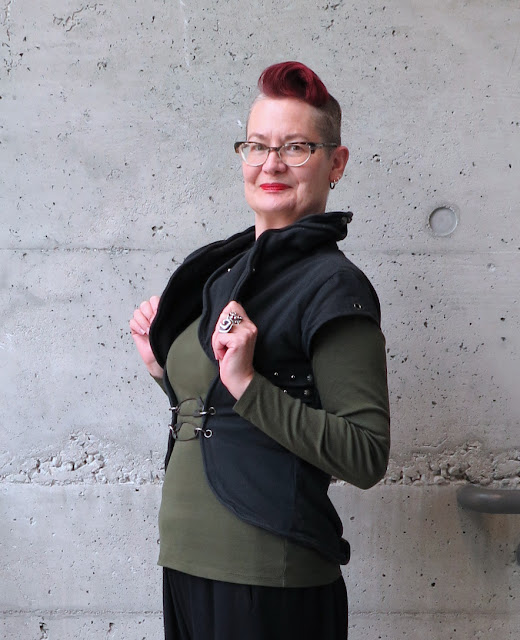 The other reason was the wired collar and hem that lets you bend and twist it into different shapes.  I like clothing pieces that you can play with.
Posted by Forest City Fashionista at 7:54 PM