I have feeling I may have used this title on a post a year or so ago, but I'm over 50 now so I'm allowed to repeat myself...

When the London Fringe Theatre Festival rolls around in early June, you know that summer has officially begun in the Forest City, or as we like to call it - "Festing Season".  From now until Labour Day weekend the city's parks, streets and public squares will be taken over each weekend by one of the many festivals that have become a staple of the summer months. 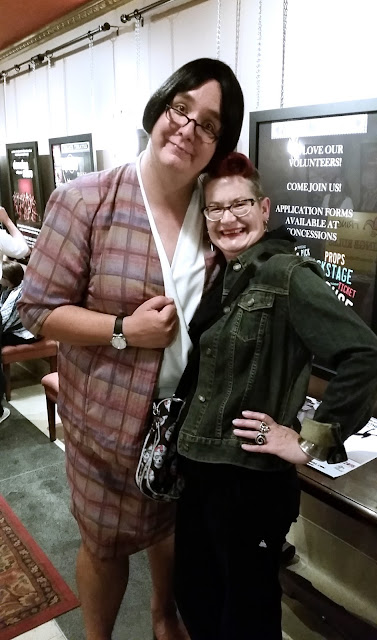 I try to attend as many Fringe performances as I can, and the highlight of the last week for me was having my photo taken with God, who apparently is a Scottish Drag Queen, according to performer Mike Delamont, who brought his one man (woman) show, God Is A Scottish Drag Queen 2, to the London Fringe Festival (he performed Part 1 last year).  The material is wickedly funny and Delamont is a wonderful performer.

This year, it was decided to hold one of the summer's Car-Free Street Festivals in my hood, otherwise known as "Old East", or EOA (East of Adelaide).   It was a beautiful day and lots of locals were out enjoying the festival. 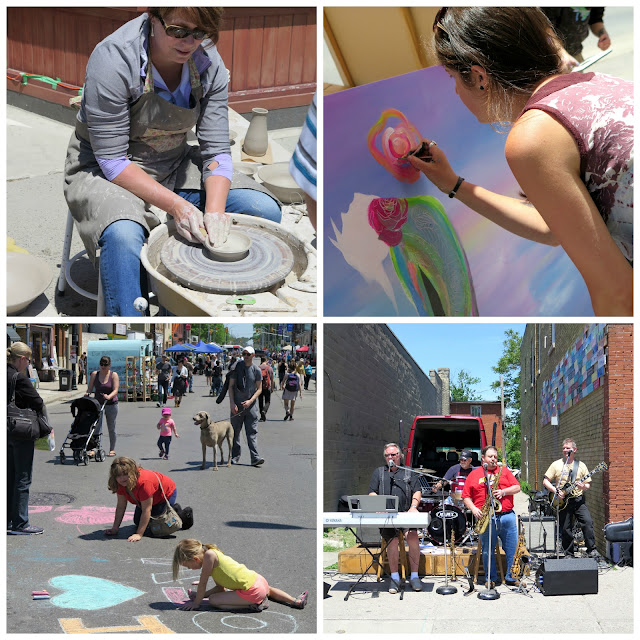 There was lots of creativity on the street, from pottery-making demonstrations, painting (that's my neighbour, Natalie, in the upper right), chalk drawing, and live music 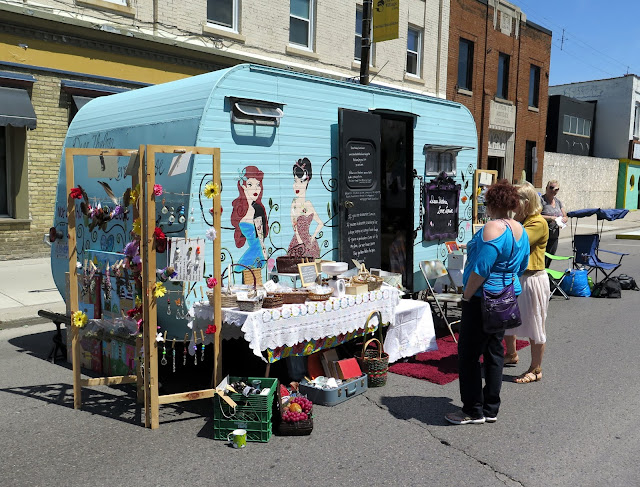 Speaking of creativity, Patty-Ann Sim brought her trailer, Dear Thelma Love Louise, to the festival.  It was stocked with fun jewellery, greeting cards, craft supplies, and other bits and bob, most of which was made by Patty-Ann as her crafting persona, Heidi Wholeness. 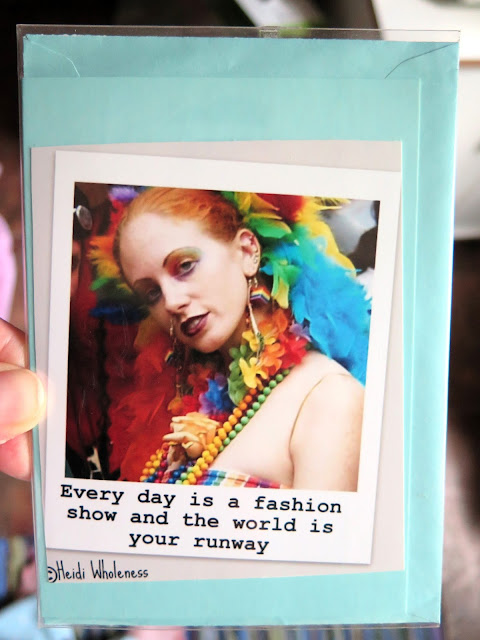 I purchased this card, made from a photograph taken by Patty-Ann 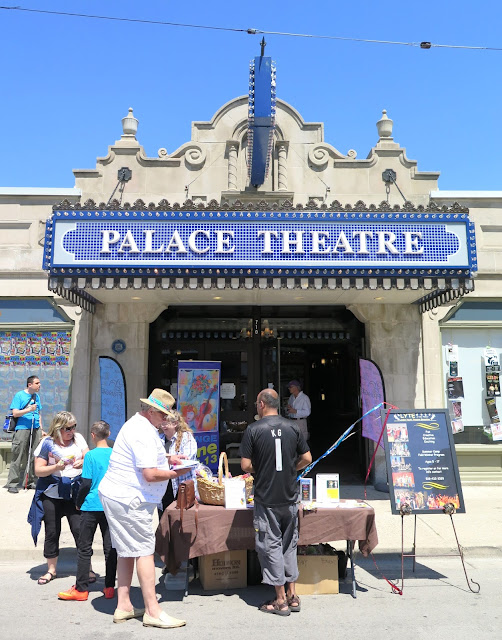 One of the prettiest buildings in the neighbourhood, the Palace Theatre, is one of the venues for the Fringe Festival this year. 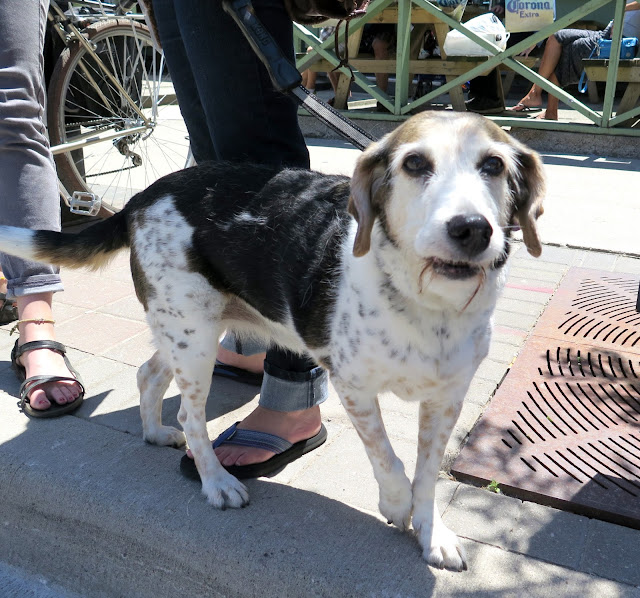 This little pup, who had the waggy-est tail, was enjoying the sunshine with his owner, as were many of the other neighbourhood pooches. 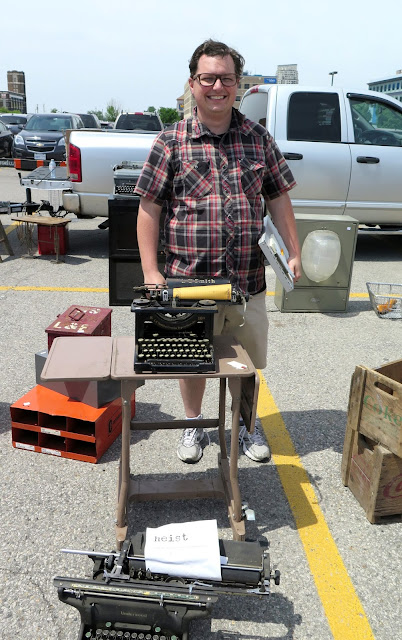 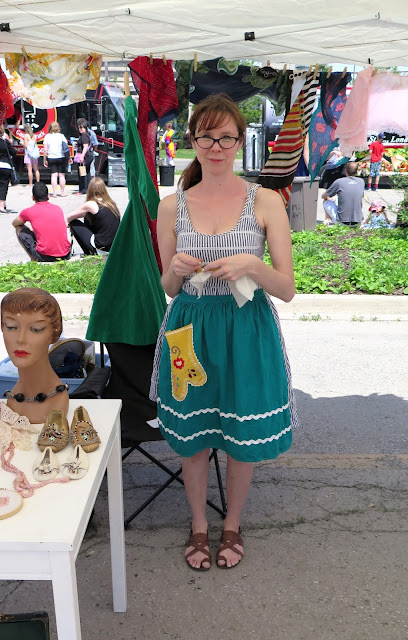 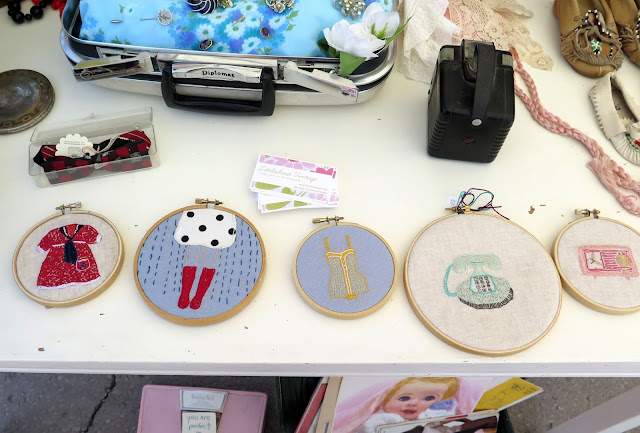 She had the cutest cross-stitched art at her booth 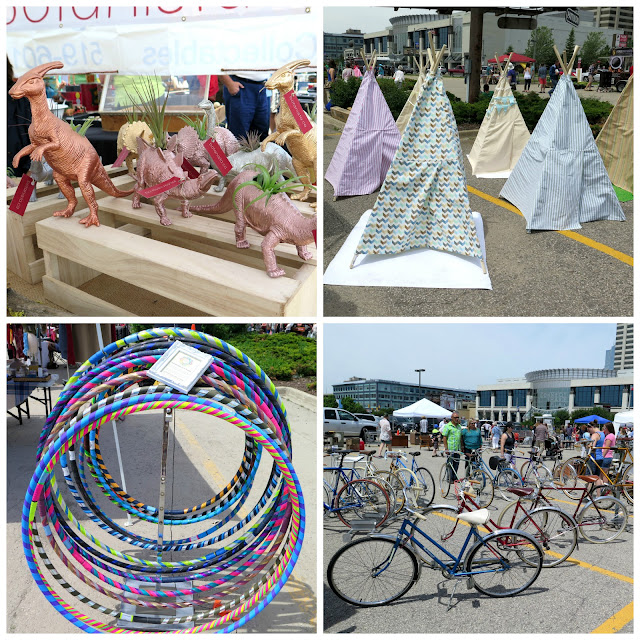 You could find mini dinosaur planters at Botanista,  teepee style tents for your kids to play in from Row Row Apparel, lots of bicycles,  and fancy hula hoops at Candice Sheriff's booth 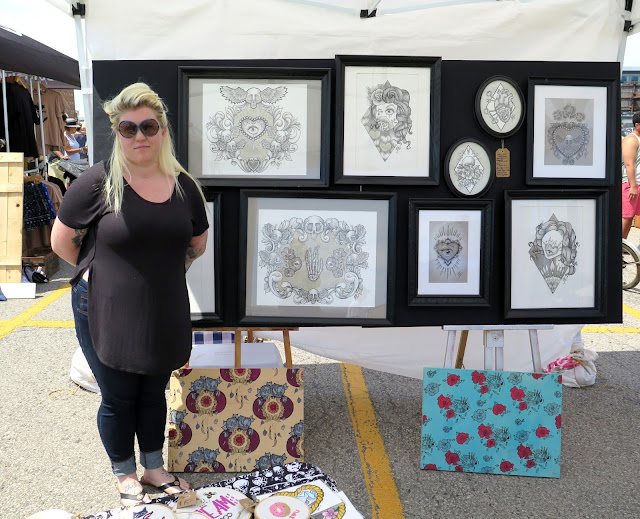 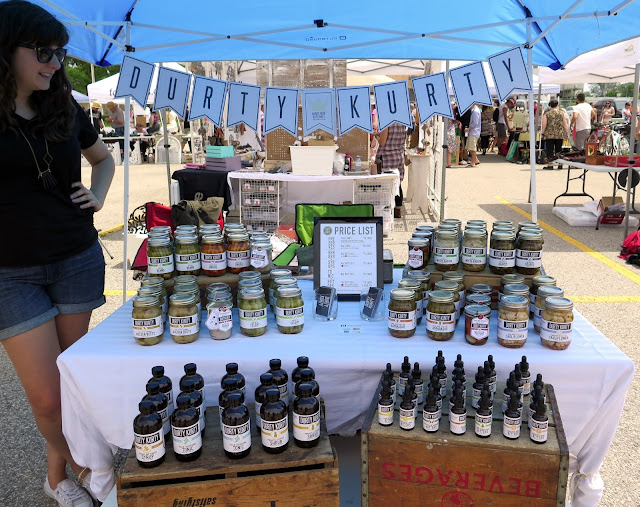 Erin named her booth after her rescue dog, Kurt, who was filthy when she found him.  She was selling homemade preserves and syrups 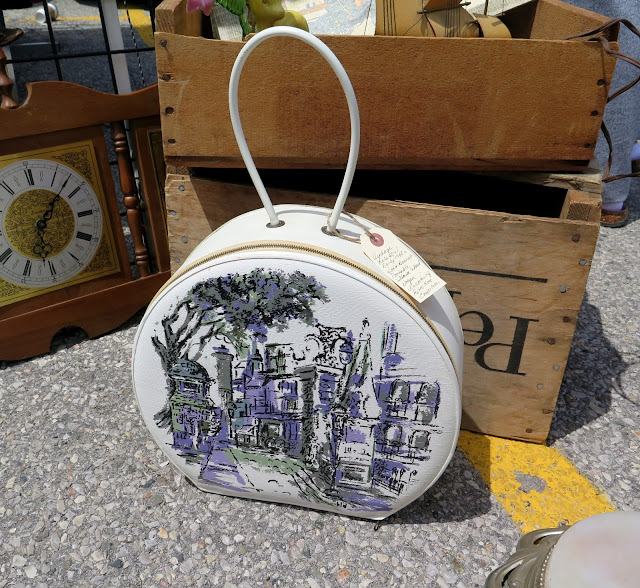 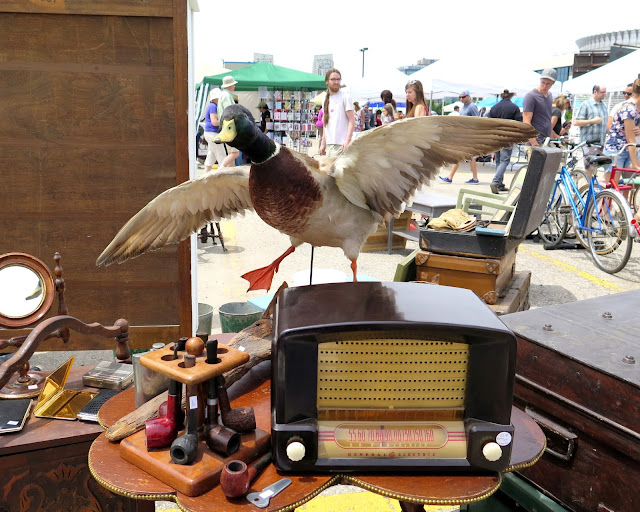 Back to the Fuchsia had a taxidermied duck, pipes and an old radio, amongst other treasures 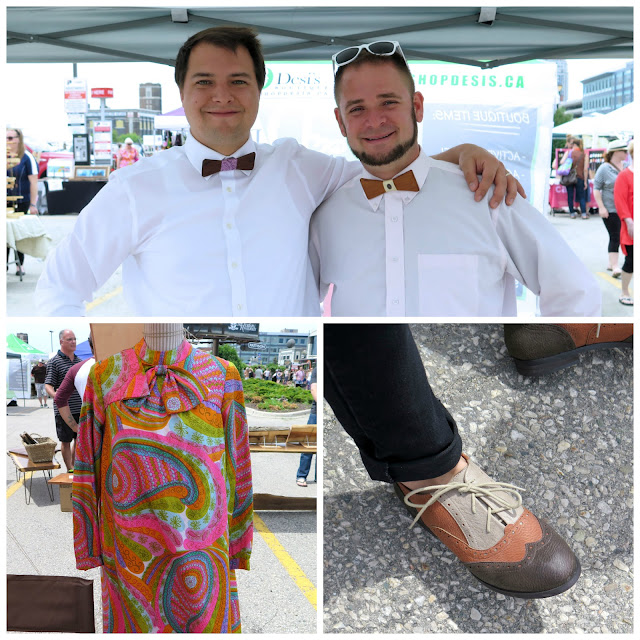 The two dapper gents in the top photo were modelling the wood bow ties they were selling at their booth Upcycle Bowties.  The fab brogues in the bottom right from Revival 72 went home with a happy customer, and the paisley print dress lit up the Brookside Vintage booth.

It was great to see the eclectic crowd of people who came out to support the first Forest City Flea -  vendors seemed to be busy and happy with the turnout.  Hopefully it was enough of a success that it won't be a one-time event.
Posted by Forest City Fashionista at 9:27 PM