I've just returned from a wonderful trip to Portland, Oregon, and while I get myself reacclimated, and edit a pile of photos, here's a look at two of the other art exhibits currently on display in downtown London, Ontario... 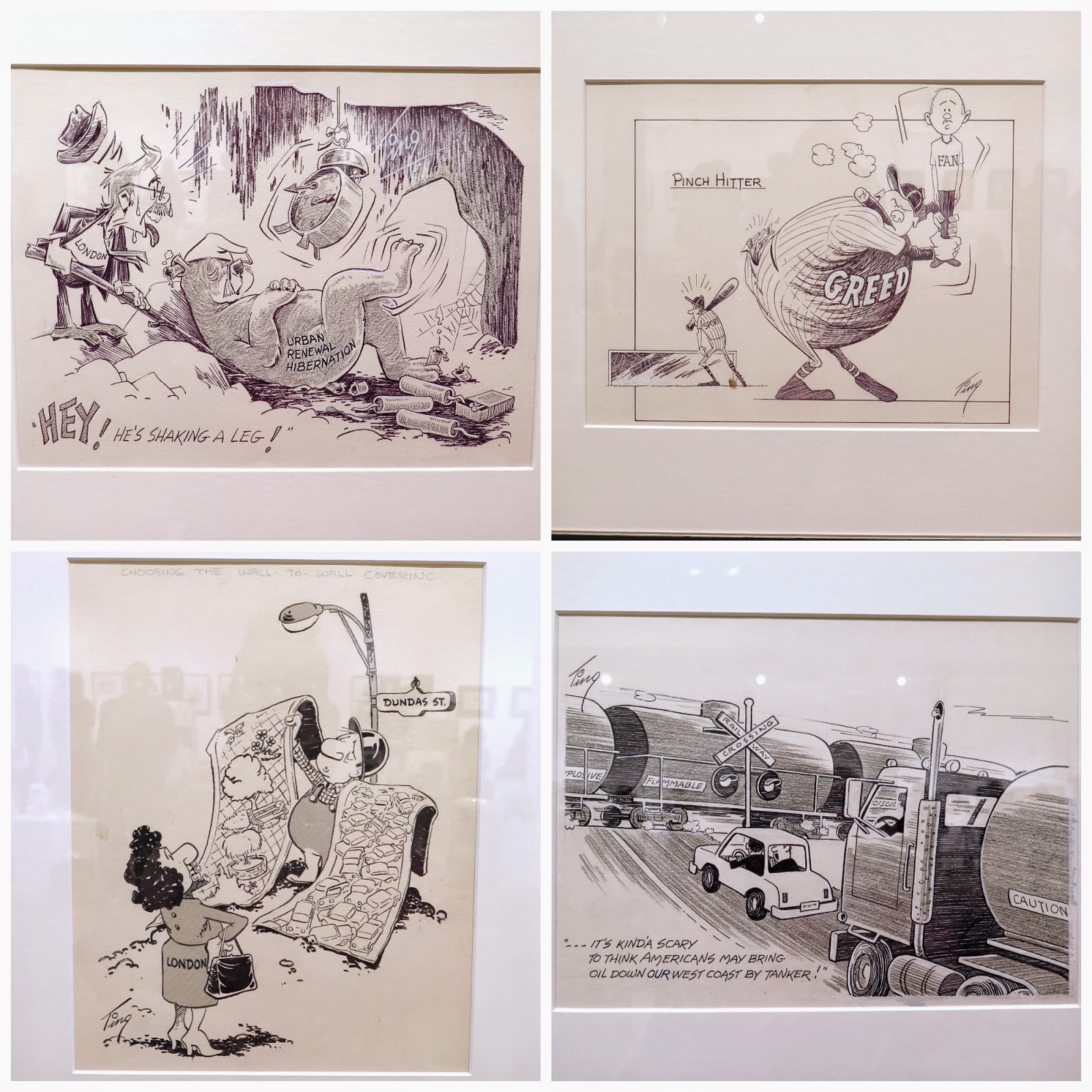 The second annual Ting Comic and Graphic Arts Festival is a three week showcase of the work of comic and graphic artists from London and Southwestern Ontario, held at The ARTS Project.  The festival is named after Merle Tingley, who was the editorial cartoonist for the London Free Press from 1948 - 1986.  Tingley, or "Ting" as he signed his work, is celebrated in the exhibit with a number of his cartoons, and I was delighted to see how relevant his work remains - cartoons such as those above, from the 1960's - 1980's display his down-to-earth humour, and focus on issues that sadly, are still being faced by London, Ontario today. 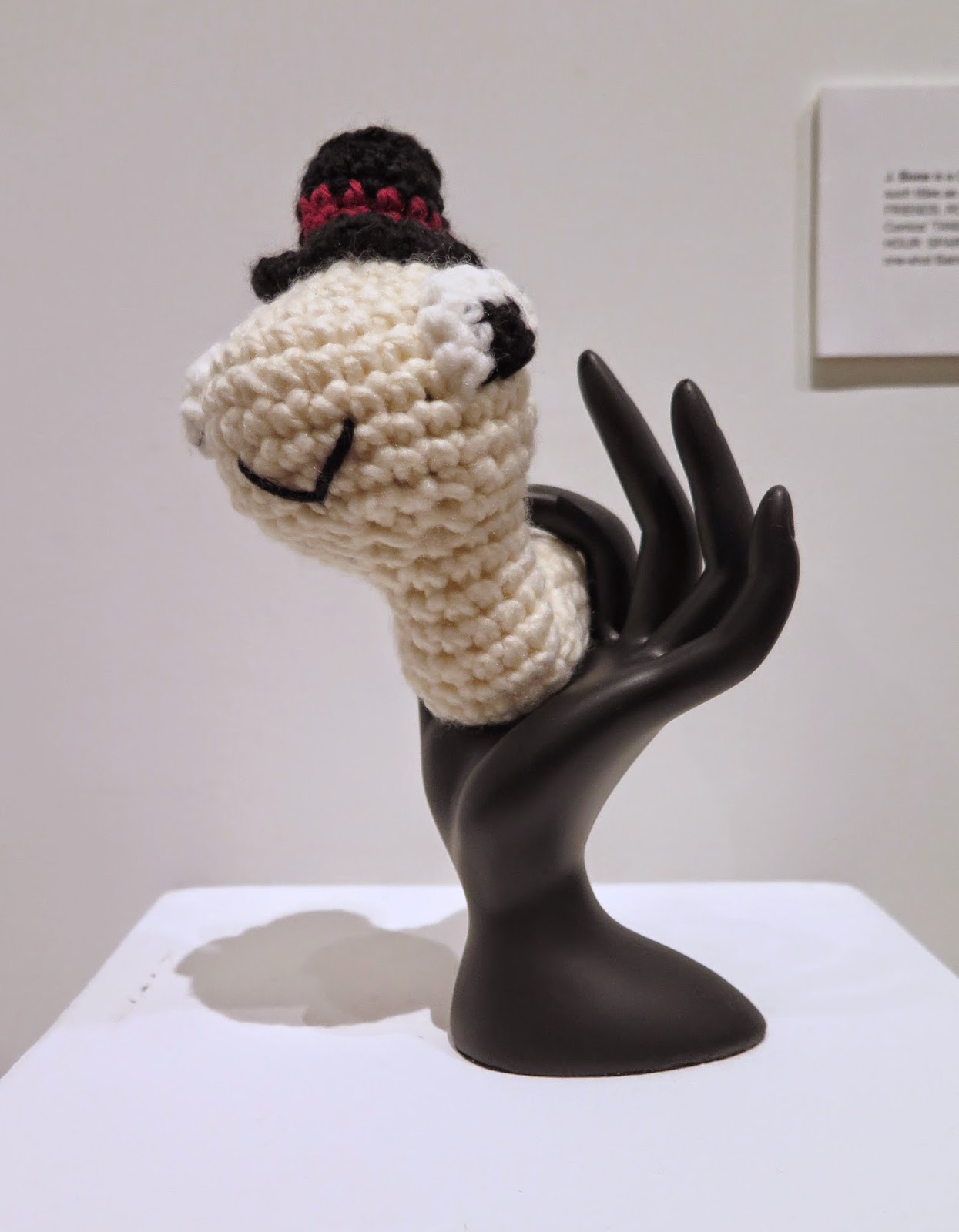 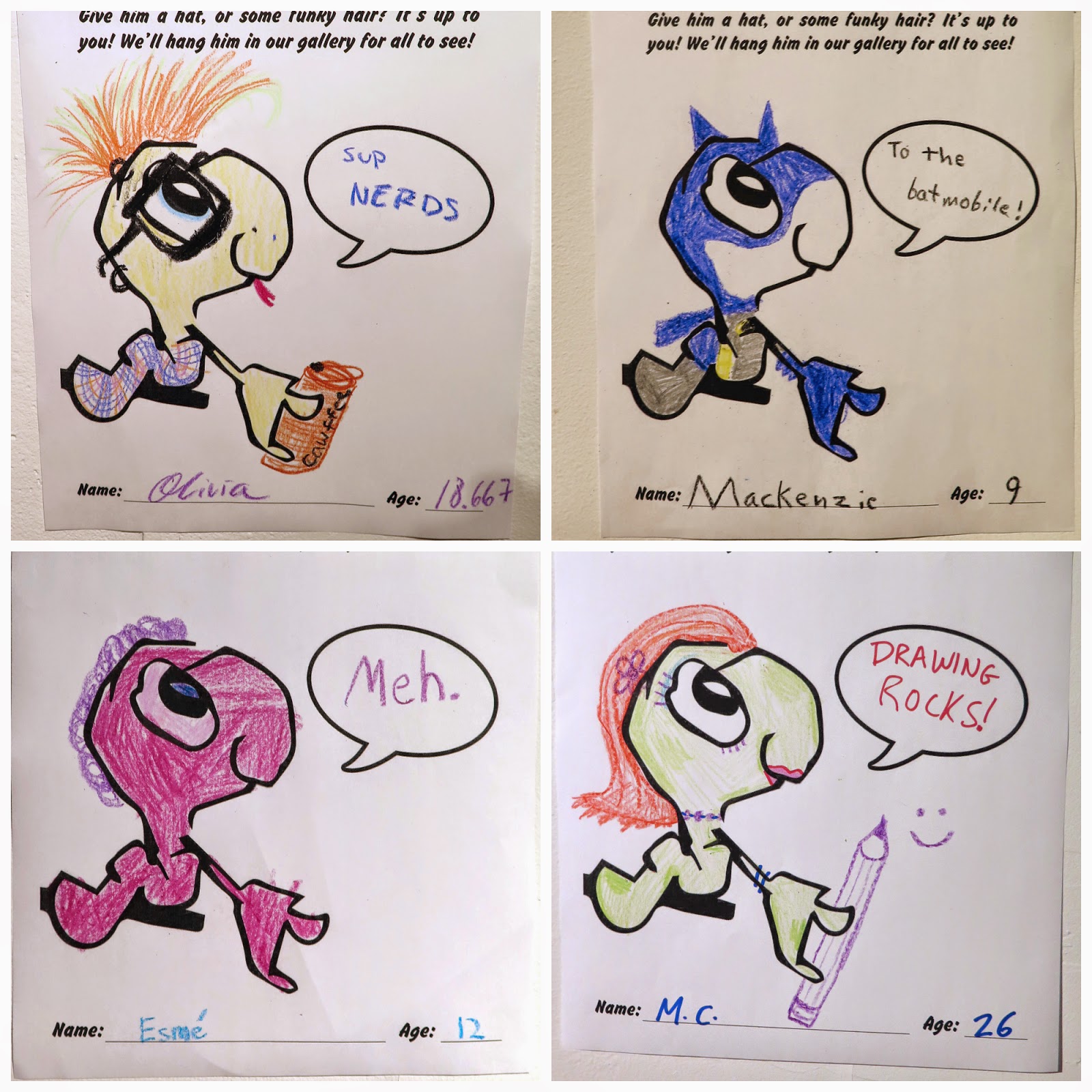 Visitors to the exhibit are invited to colour a picture of Luke Worm and the results are displayed on the wall. 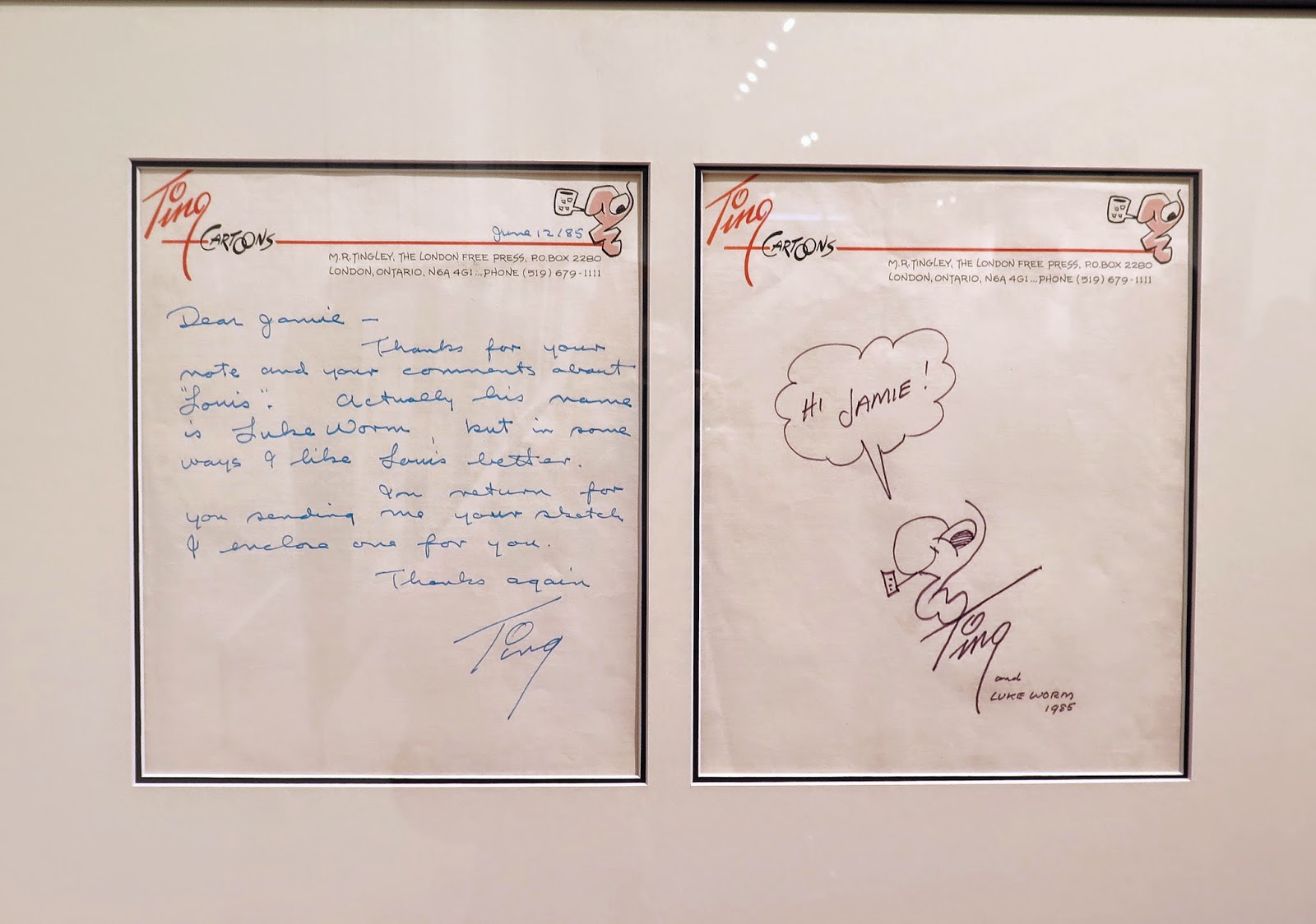 Jamie Jardine, one of the artists whose work is on display, submitted this letter and drawing he received from Tingley in 1985, in reply to a note he had sent to the artist.  Tingley has had a significant influence on generations of comic artists who have come after him. 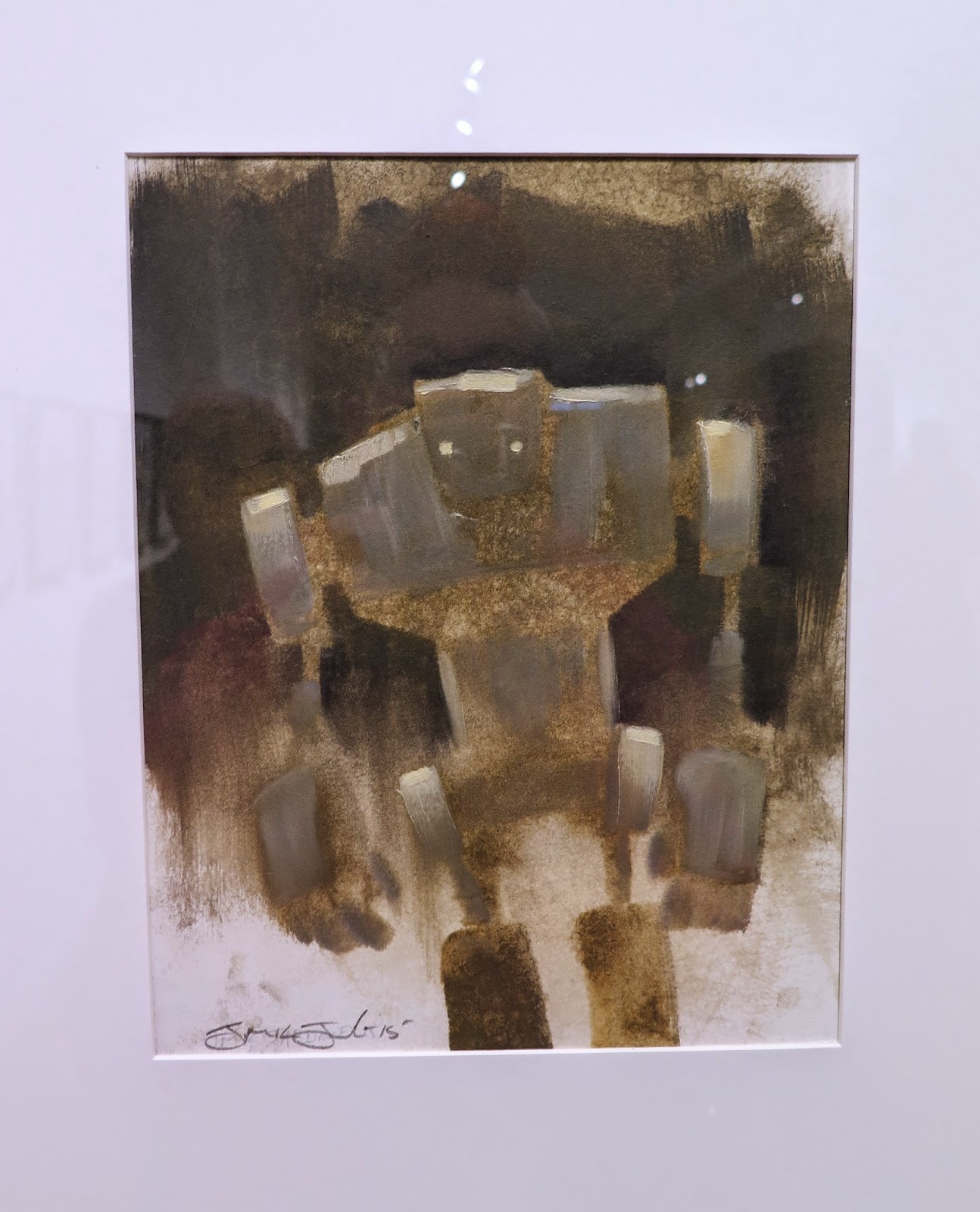 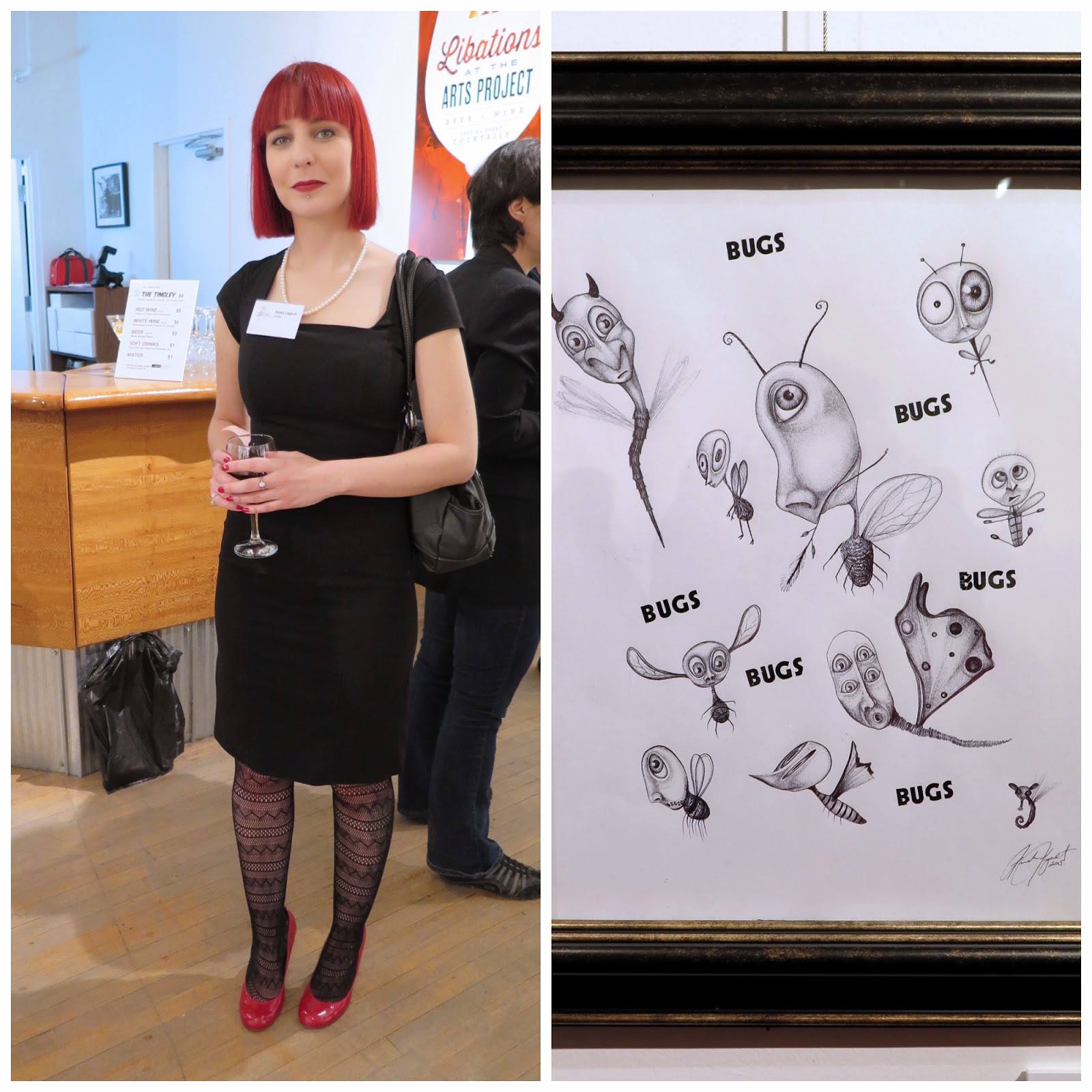 Illustrator, curator, filmmaker, painter and dollmaker Sarah Legault was at the opening.  Her animated short "Dear Love", which will be screened as part of the Festival, recently won Best Animated Short Film at the Toronto Independent Film Festival (TIFF).  On the right is "Bug Test", one of Legault's pieces in the show. 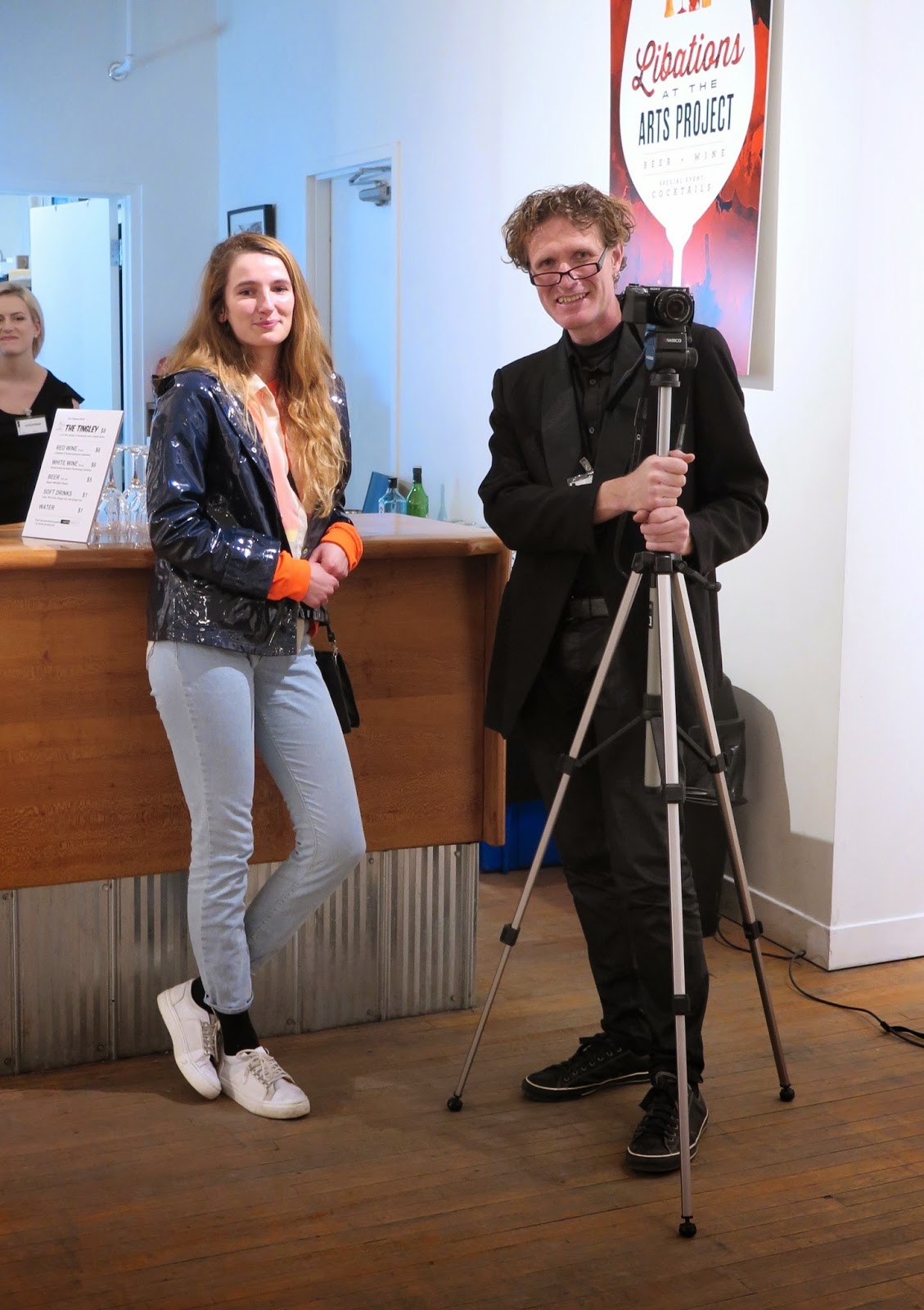 Photographer Richard Gilmore, (right), who is also the Communications Coordinator at the ARTS Project, was on hand to document the opening.  My apologies to the woman on the left for not remembering her name. 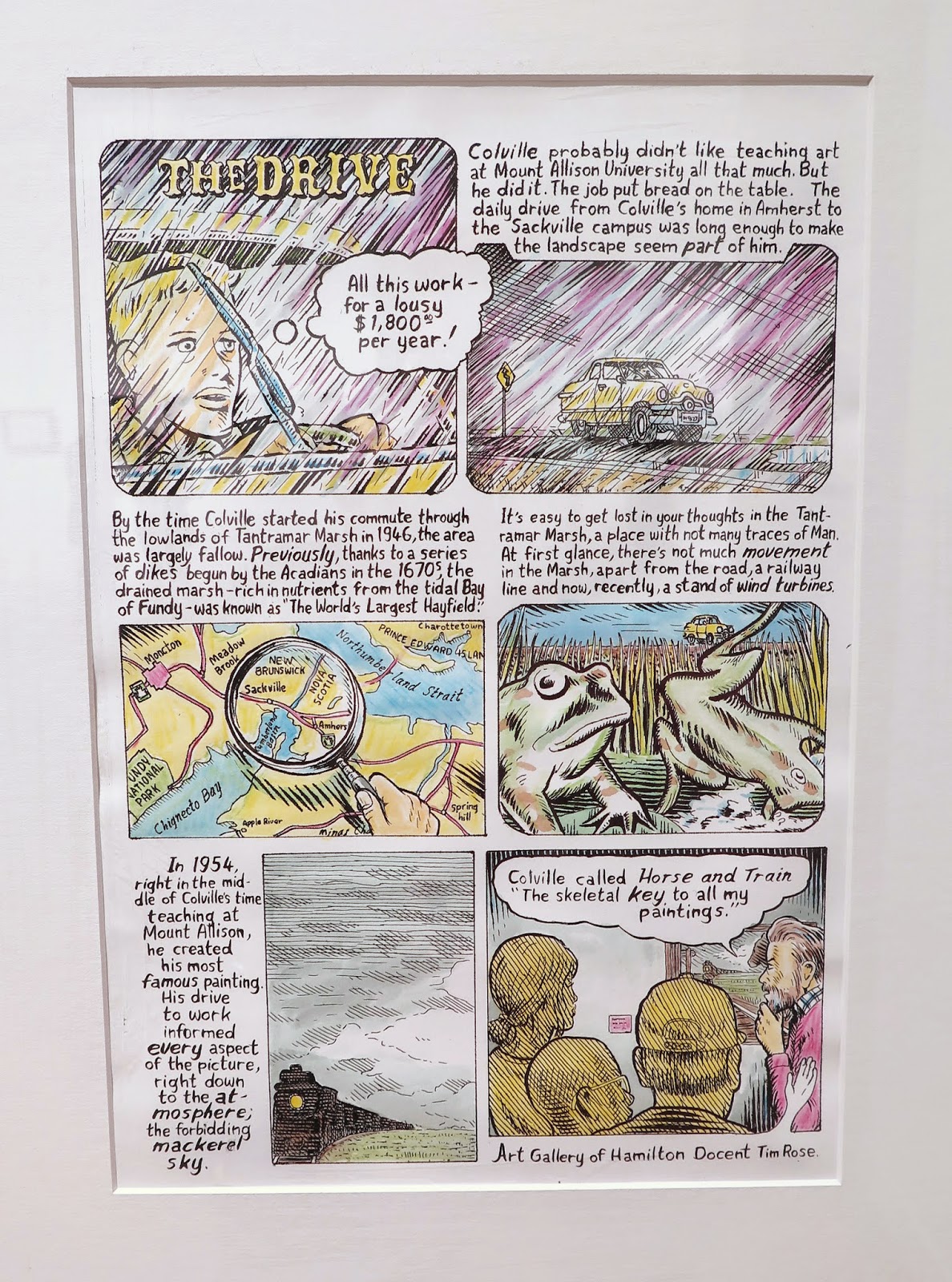 Many Canadian comic book artists draw story inspiration from the lives of famous, (or not so famous) historical figures from Canadian history.  David Collier's submission to the exhibit includes a panel with a story about Canadian painter Alex Colville. 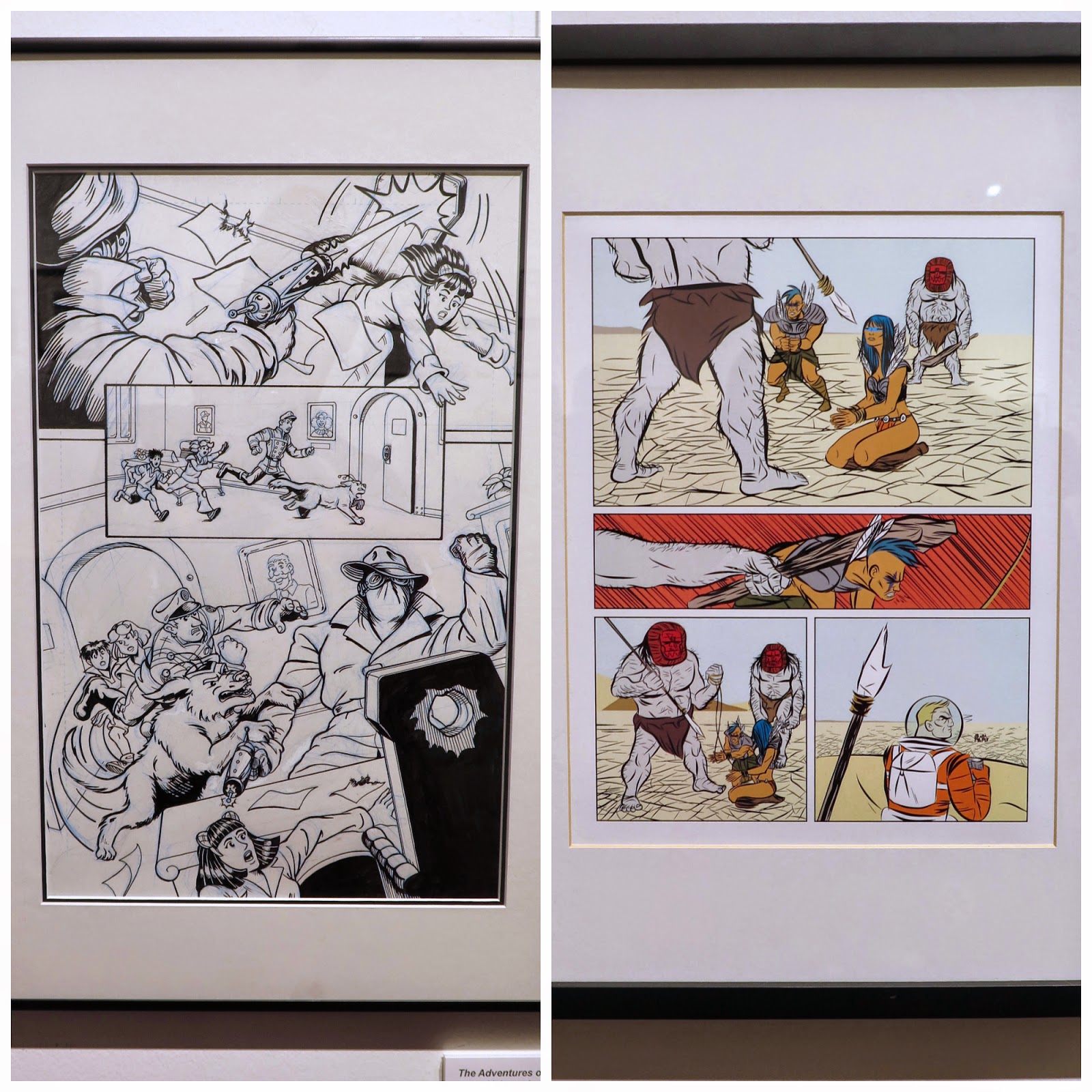 left:  The Adventures of Astrodog by Alison Williams   right:  Daring the Sun: A Space Comic by Scott Woods
Other artists create their own worlds populated with crime-fighting dogs and nasty cavemen 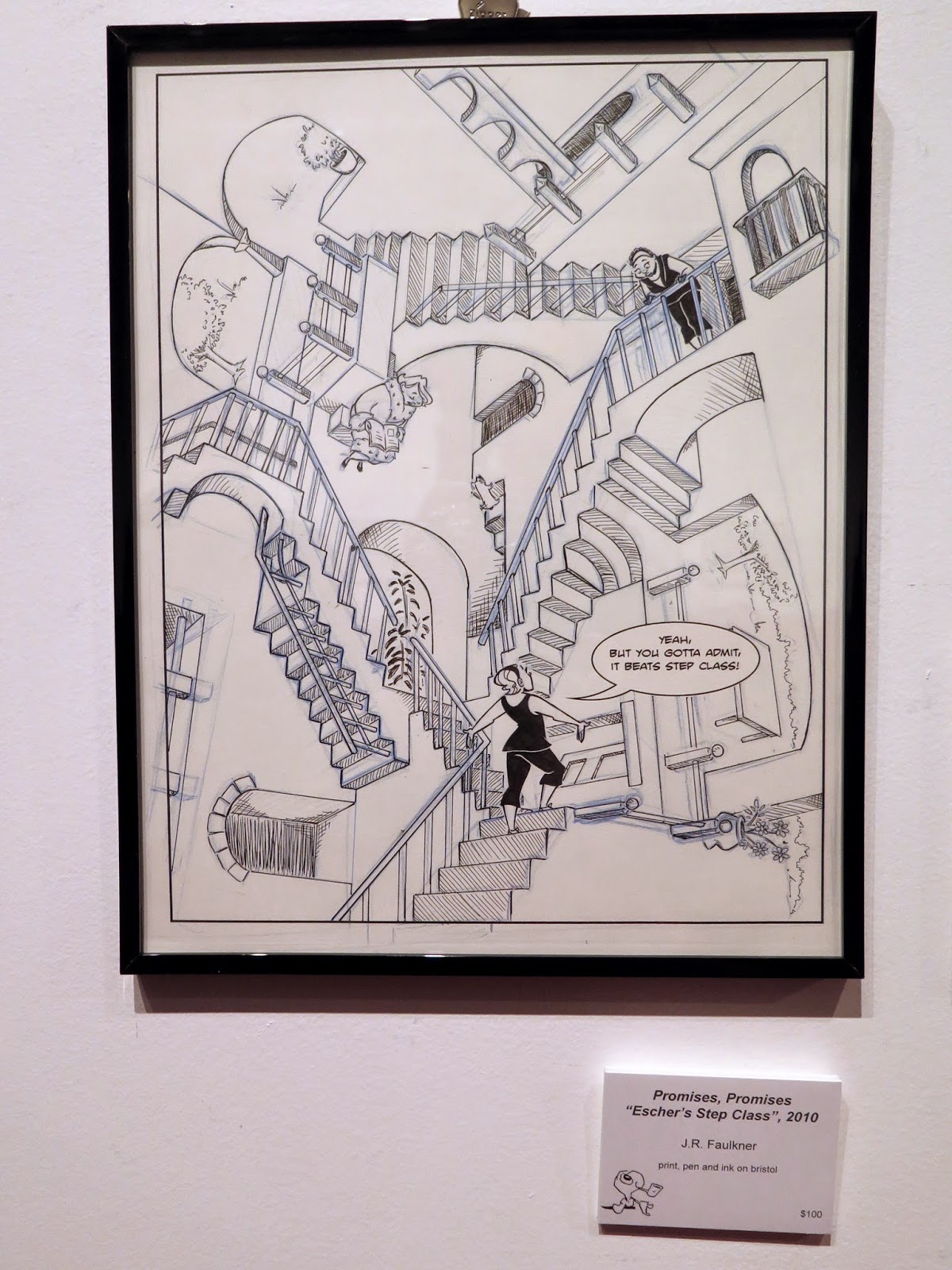 A panel from J. R. Faulkner's online comic,"Promises, Promises", a humorous look at the struggles to stay fit.  Faulkner is working on a new comic titled Knight and Dave. 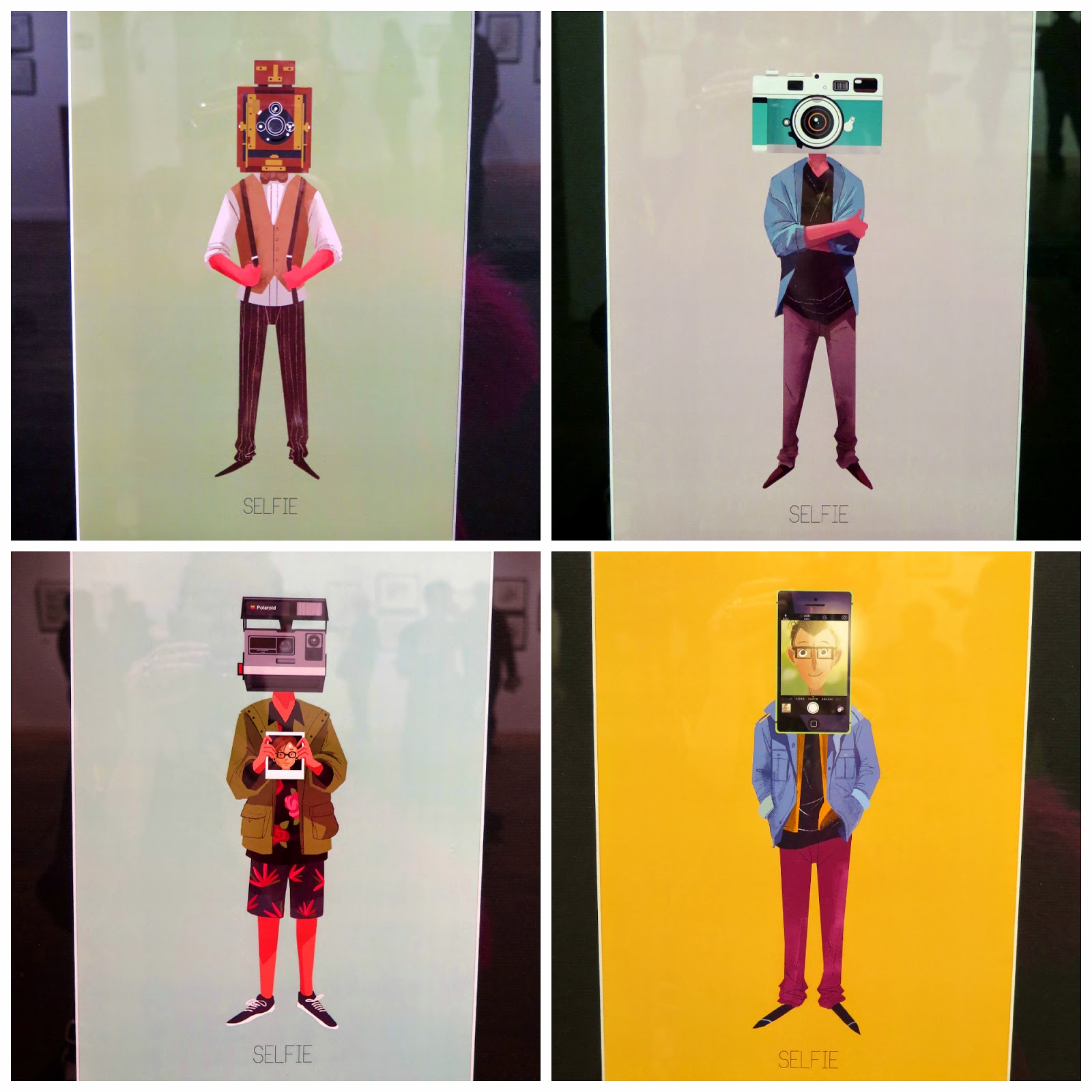 The work of Janice Chu has strong elements of graphic design, as illustrated in the four works above from her "Selfie" series.  Chu works as a concept and UI artist at Digital Extremes.

The Ting Comic and Graphic Arts Festival runs until May 9th at the ARTS Project.  The festival also features workshops, including one on Cartooning on May 9th, and film screenings.  For a list of all the events, see the ARTS Project website here.

And over at DNA Artspace...

You will find a new exhibit by London artist Jamie Q, titled "Surfacing".  In previous exhibits, Jamie Q has shown drawings, paintings, sculptures, and zines, and in this one, past projects have been
re-constructed into new shapes and mediums, primarily textiles.   The title of the exhibit refers to surface design, and includes new paintings and resurfaced objects. 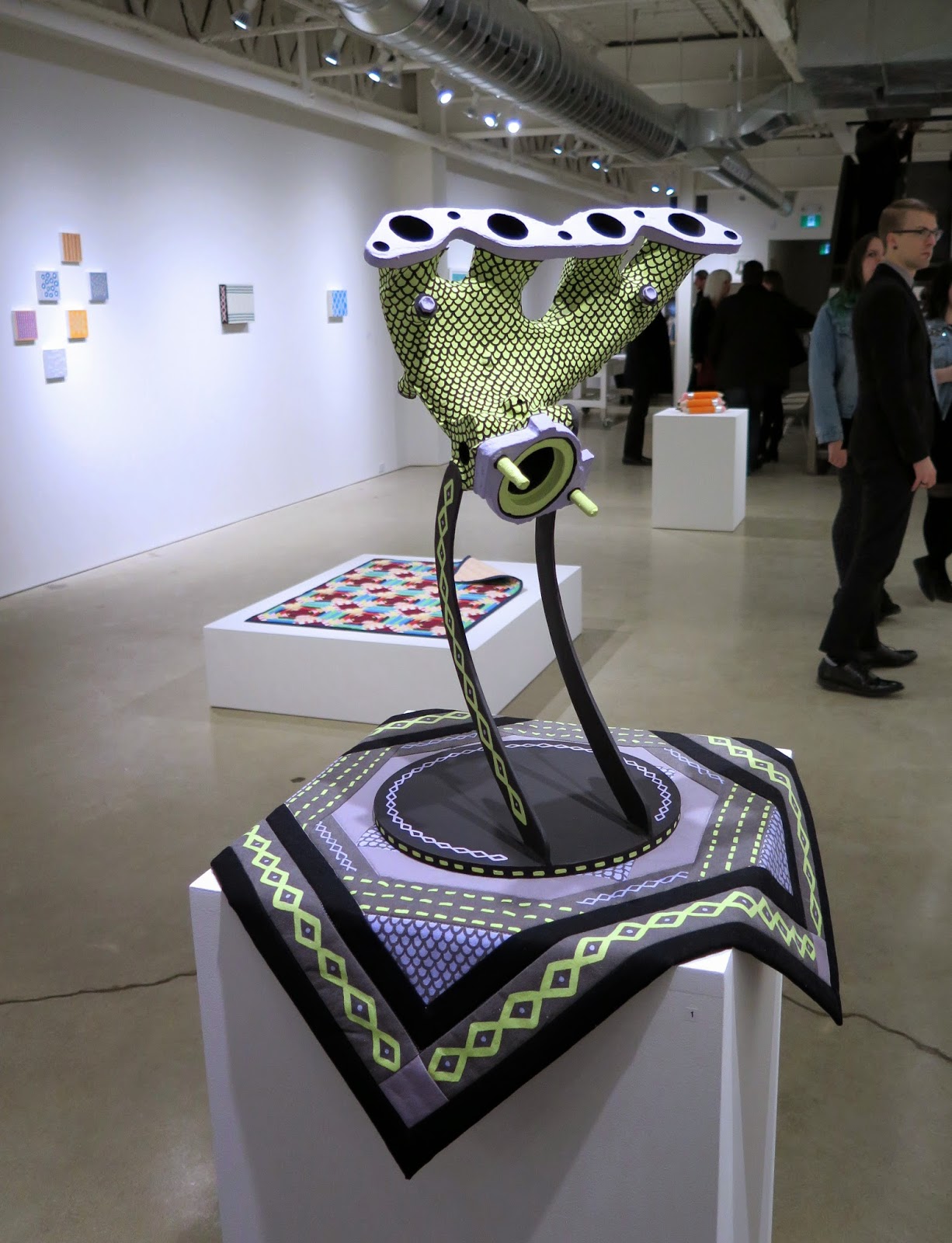 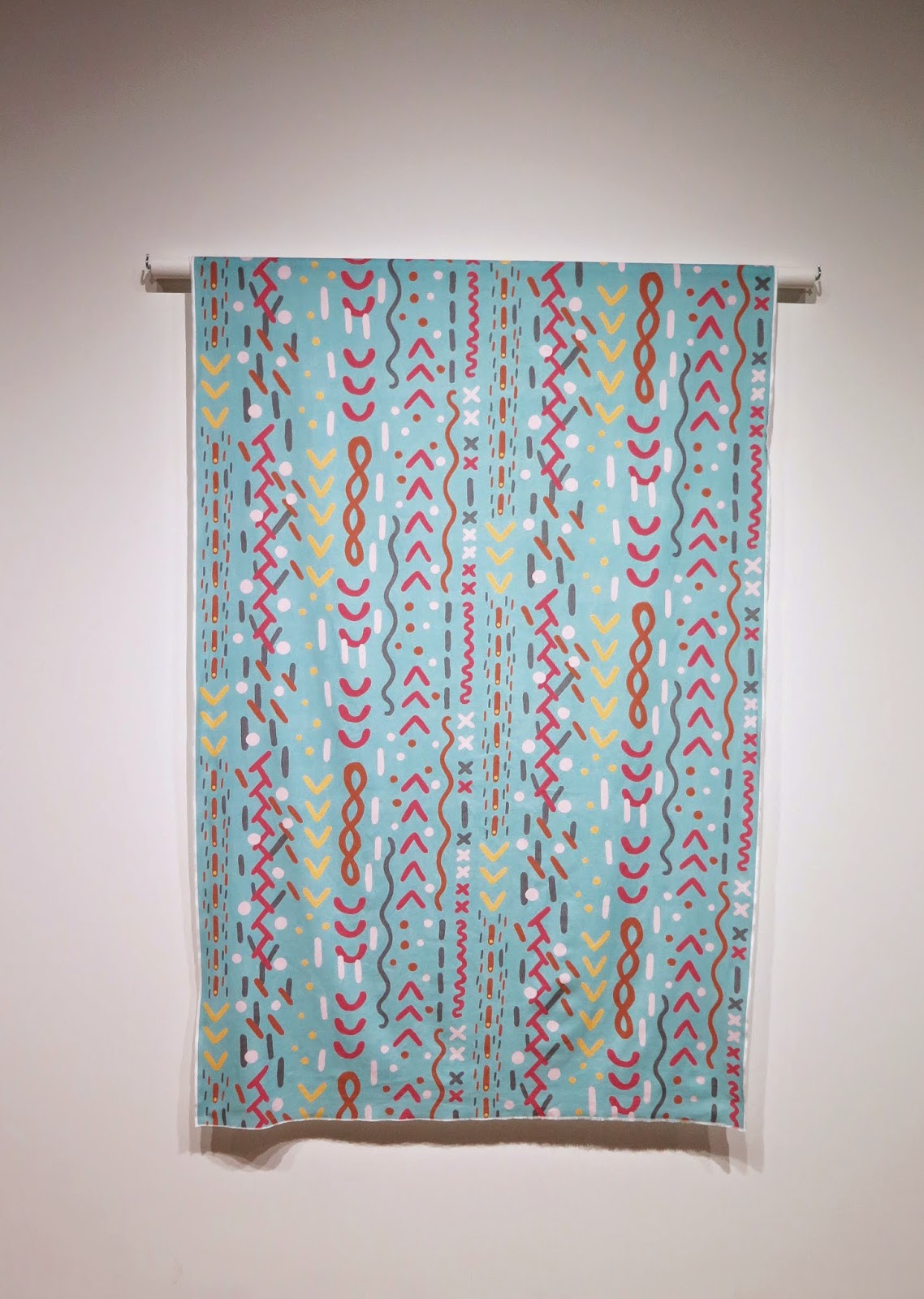 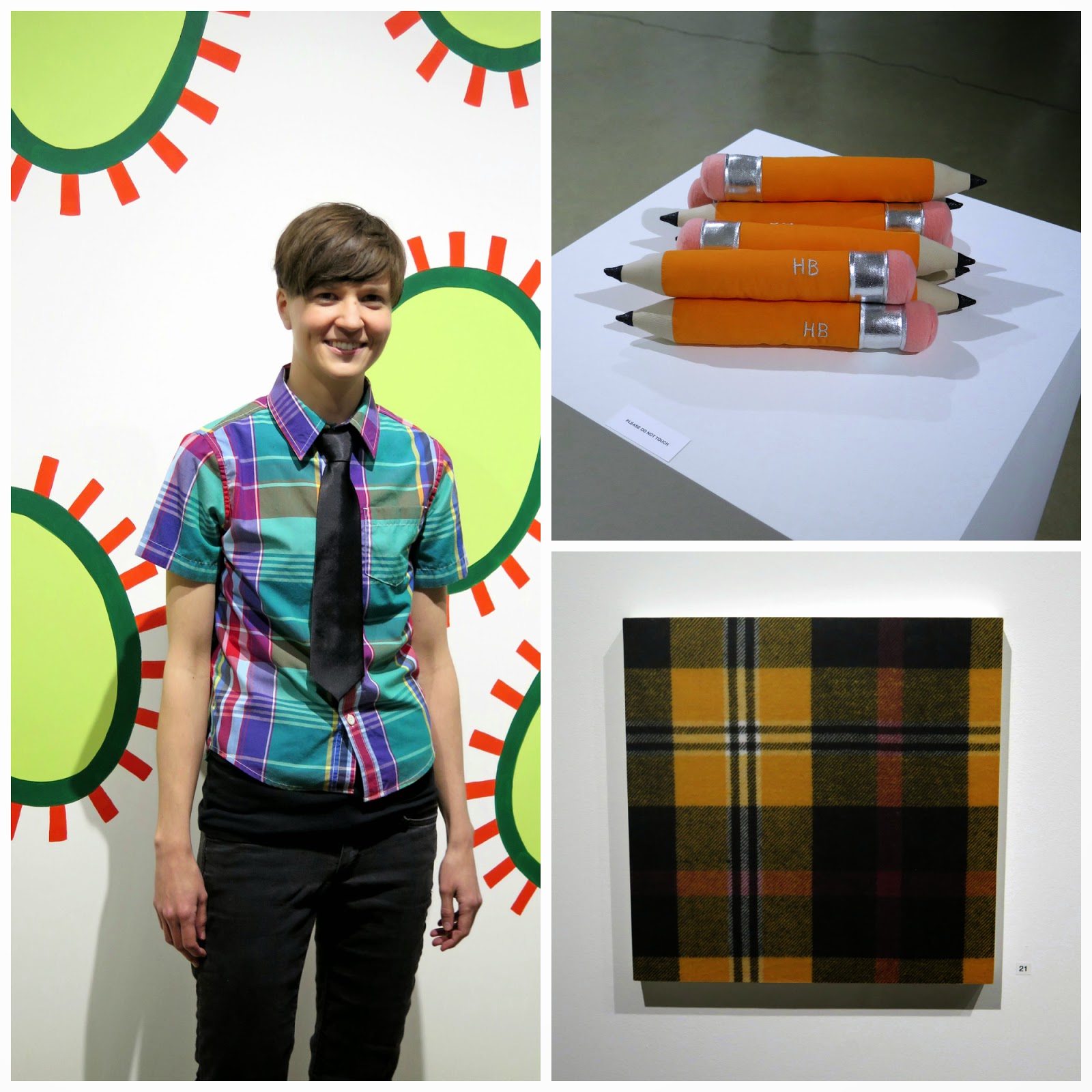