This past Saturday night, when my previously-made plans fell through,  I decided that as tempting as it was, I was not going to spend another Saturday night on the couch with Netflix.  I knew a good  band was playing at a club within walking distance of my house, so I dressed up, bundled up, and headed off to The London Music Club to see Toronto Rockabilly band, The Royal Crowns. 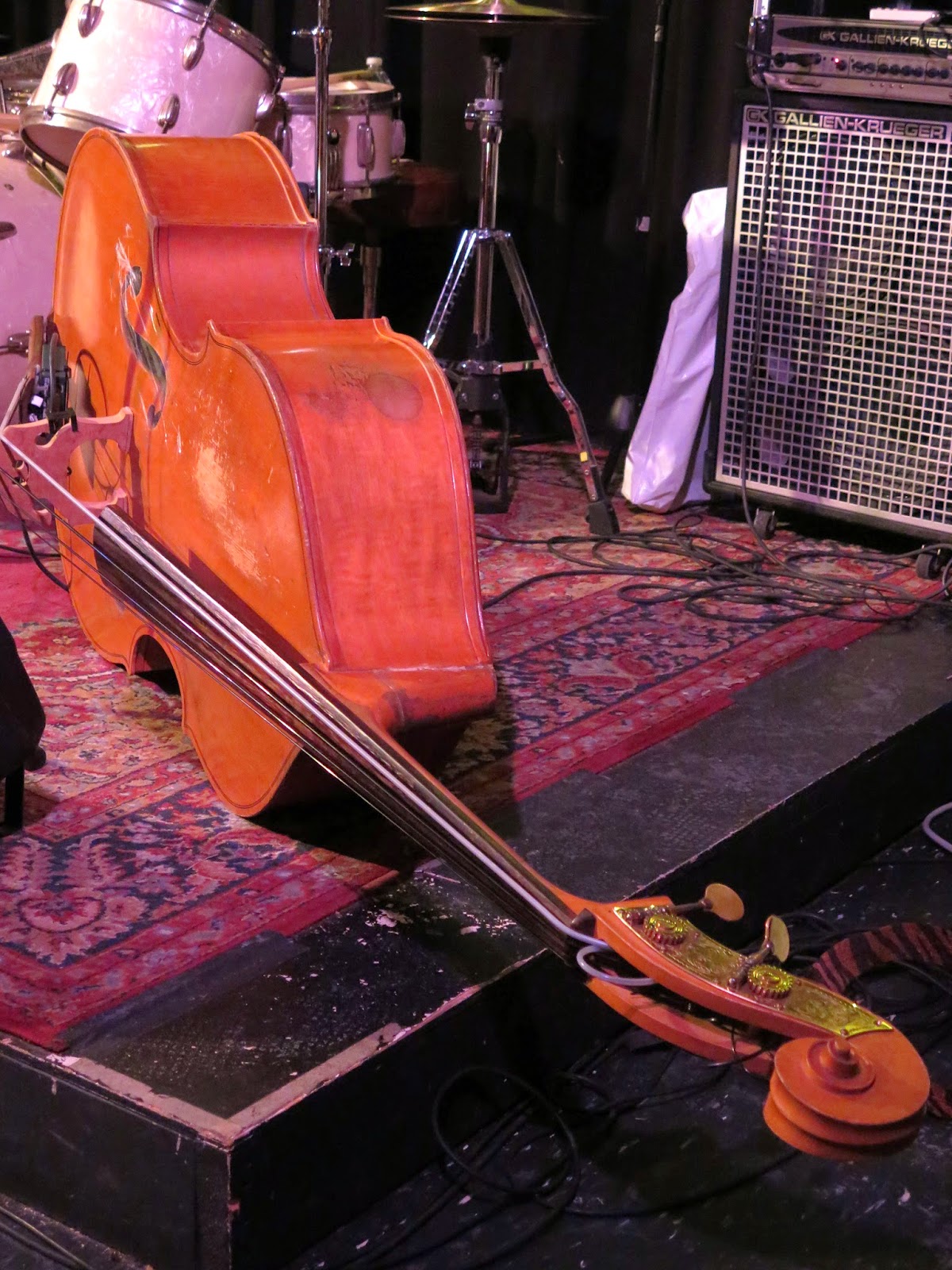 I've always been a sucker for an upright bass

When I arrived at the venue I didn't see anyone else I knew, so I asked a couple if they would mind if I shared their table.  While waiting for the band to start playing, I was feeling rather conspicuous, and wondered if perhaps I should have stayed home after all. 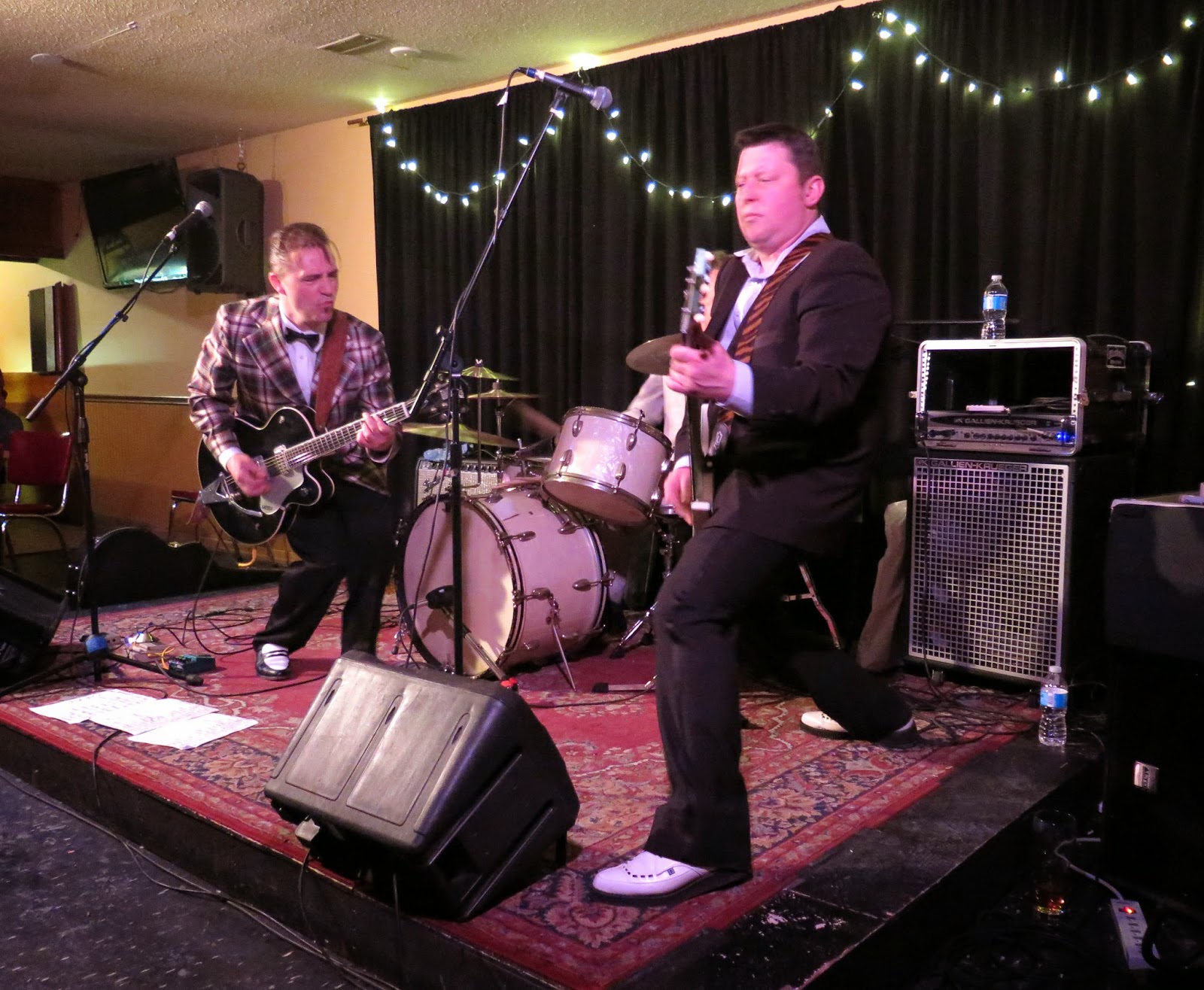 Then the band started to play.... 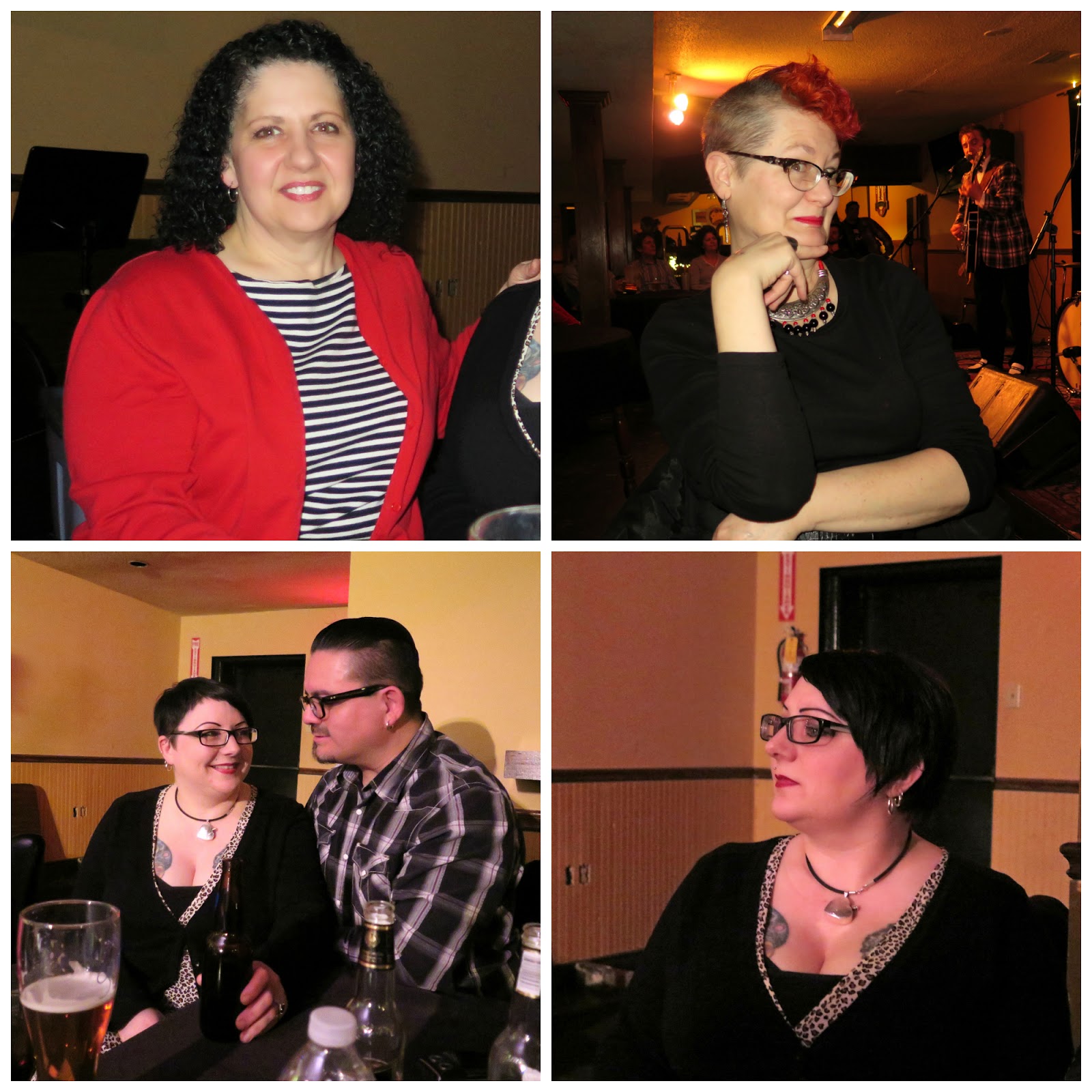 and these people showed up:  Amber (upper left), Paul, and Cindy (bottom left and right), and soon there was some laughing, and some photo-taking going on 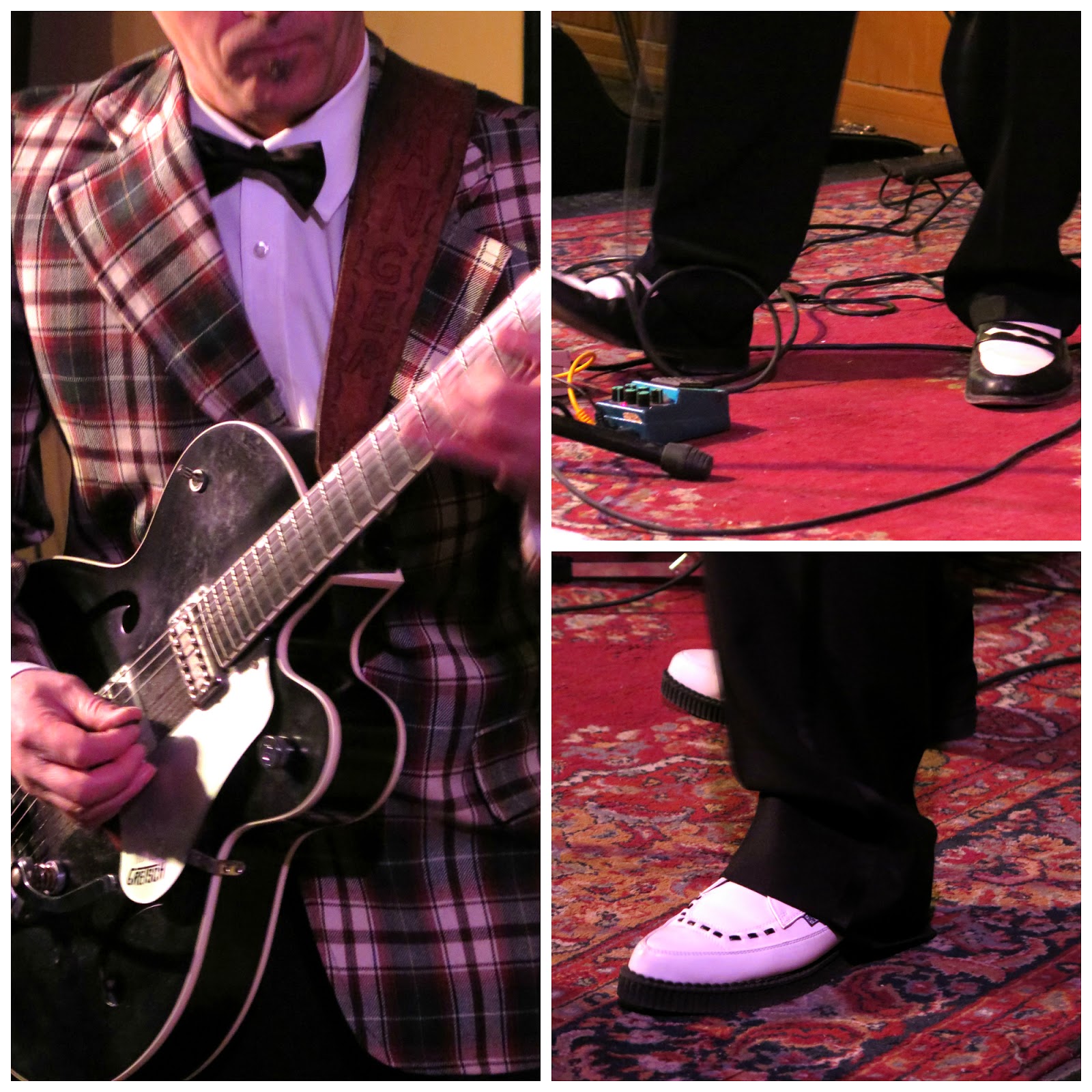 The Royal Crowns have been playing together for over twenty years, and their suave sartorial style has contributed to their well-deserved reputation for putting on a great live show. 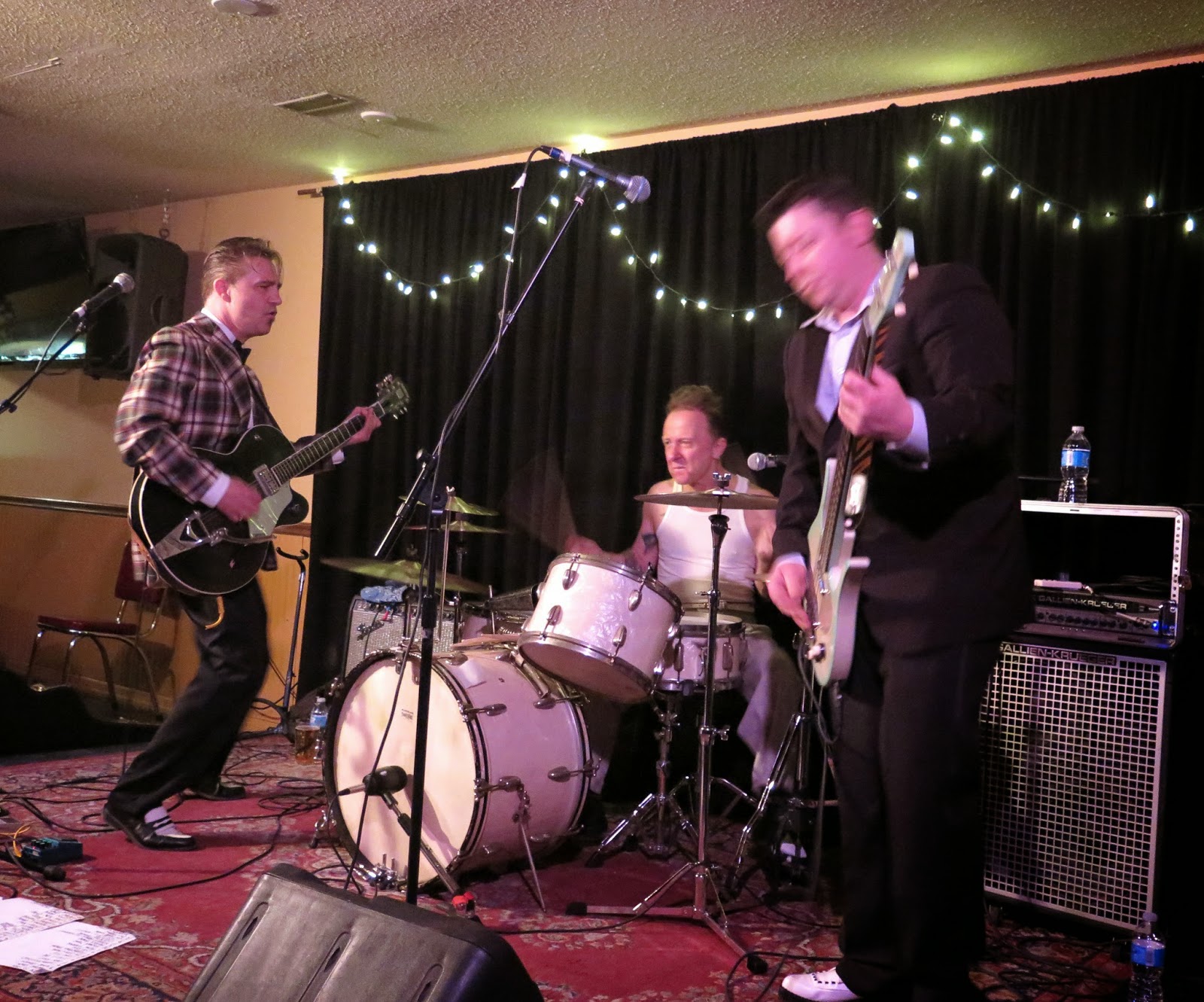 The original members of the band, guitarist/vocalist Danny Bartley (in plaid jacket) and drummer/singer Teddy Fury (best rockabilly band member name ever) shared songwriting duties on the band's three albums. Originally a four piece band, two member left in 2010, and Jason Adams was added as bassist.  Adams was not able to make the Saturday night show, and I didn't get the name of the guy who was filling in, but he was a first-rate player. 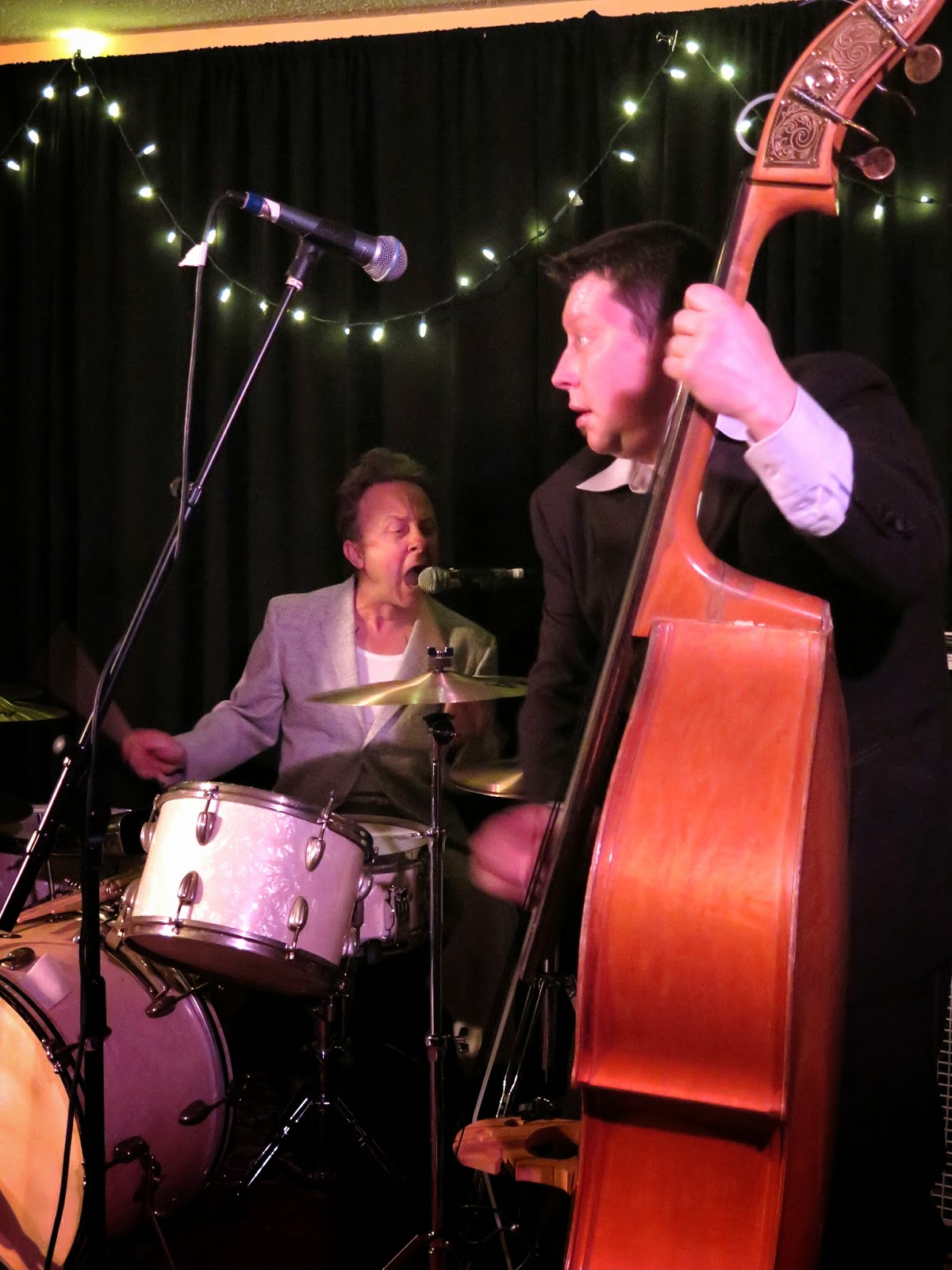 The music is a head-bopping, hip-shaking mix of surf, swing, country, jazz, blues and rockabilly, and the songs like "Butterball Baby" and "Three Dollar Cologne" show off Fury and Bartley's sense of humour.  There's no fancy tricks or glib stage patter to detract from the core of the band's appeal - excellent musicianship and great original material that gets you on the dance floor. 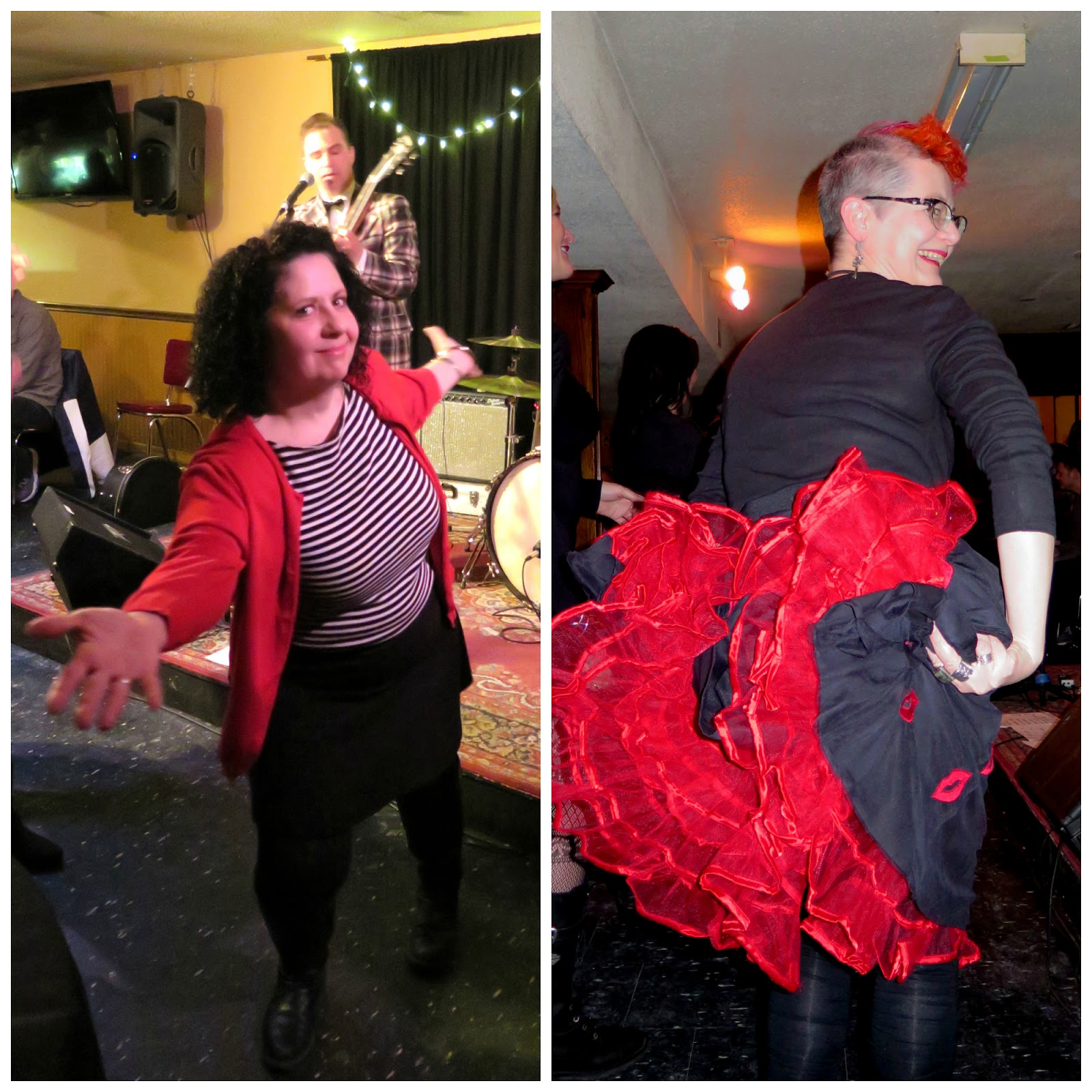 and yes, we were dancing 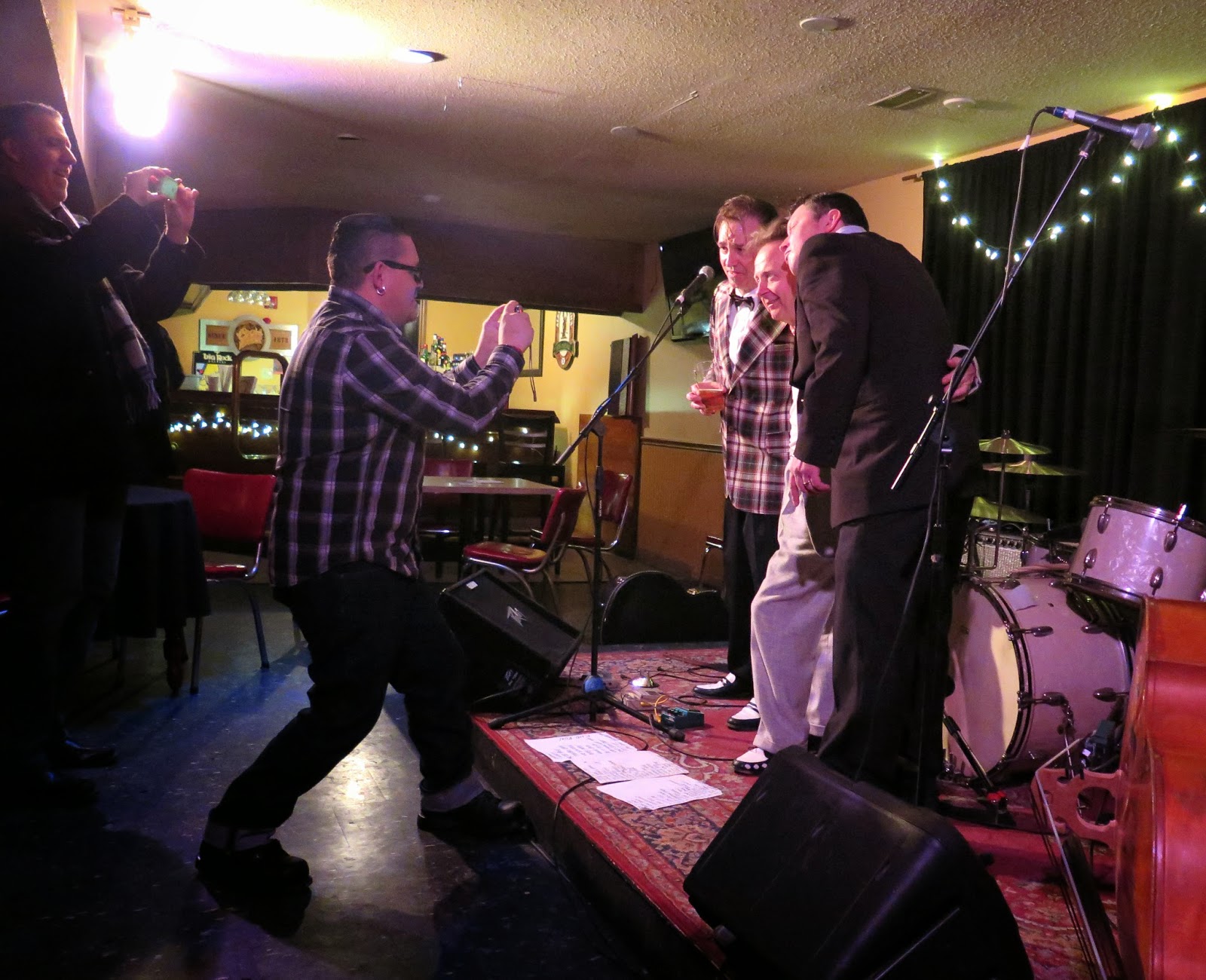 The guys in the band were friendly and easy-going, agreeably posing for photos after the gig


It was one of those "A good time was had by all" kind of nights, and because the audience and the  band members are not kids anymore, the show finished at a very civilized hour and we were all home by 12:30 am.   I had every intention of posting this earlier in the week, but damned if I didn't get a respiratory infection of some sort on Sunday, and felt like crap until today!
Posted by Forest City Fashionista at 9:01 PM