Men of London Ontario, Listen Up!


It's been one of those weeks where the weekend arrived, and I think, "hmm, what am I going to post about?"  And I realize I've got nothing.  ABSOLUTELY NOTHING.  I haven't been anywhere,  done anything, or worn anything that is worthy of a blog post.  There are no rants, or profound realizations needing to be expressed.    It will be five years in April since I started Forest City Fashionista, so one would expect there would be times that I come up empty-handed, but usually something presents itself at the last minute.  By late afternoon yesterday, I had pretty much given up so I stopped at From Mars to visit with my friends who own the store, and check out the new Spring stuff..... 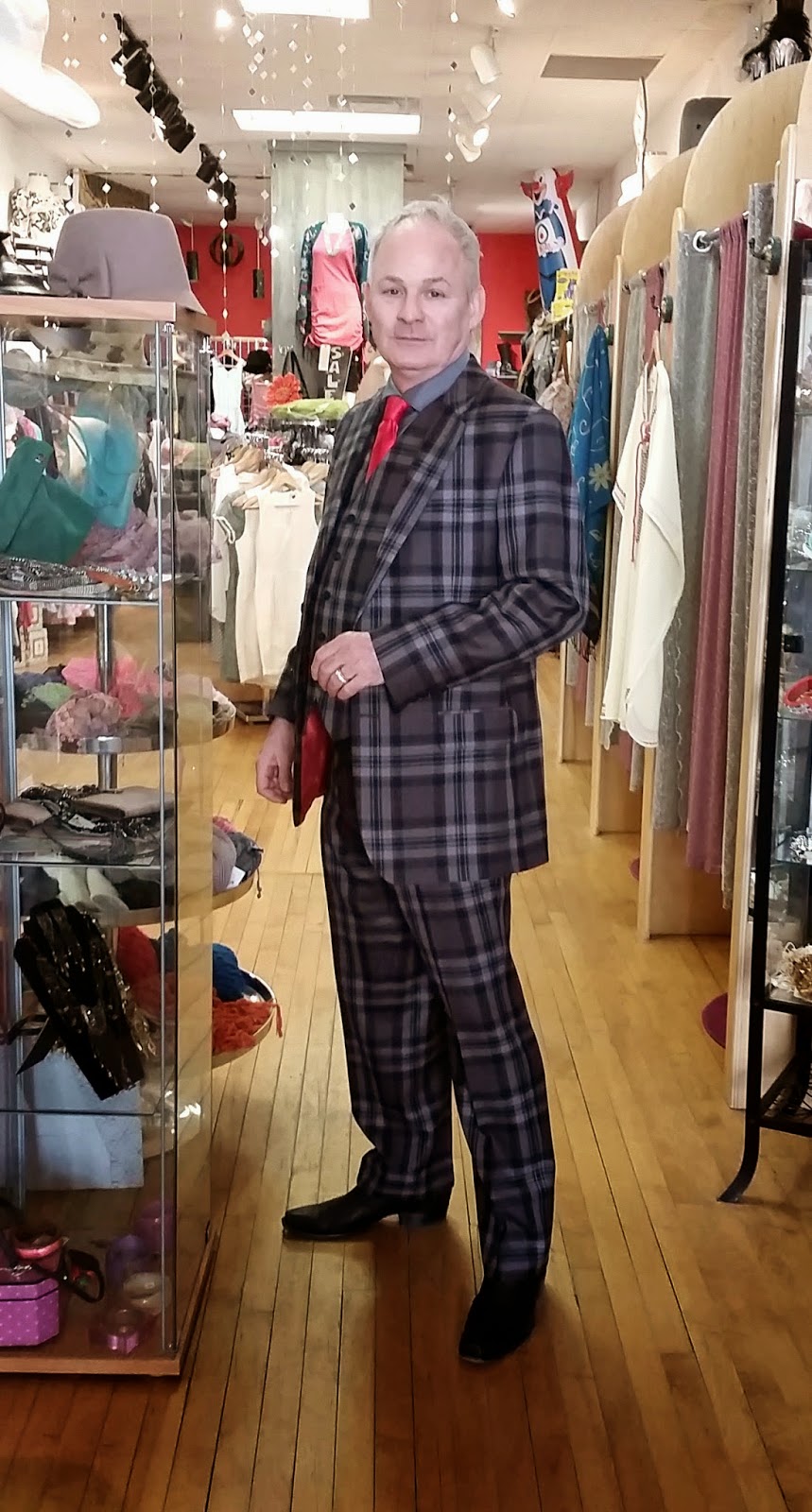 I've known Jim Telfer for years.  He's the founder/owner and President of Grafica Event Planners, an artist, display designer, and one of London's best-dressed men.  This time, I think he outdid himself.  He was headed to an event, presumably one his company had worked on, in a three-piece suit he had custom-made in Scotland. 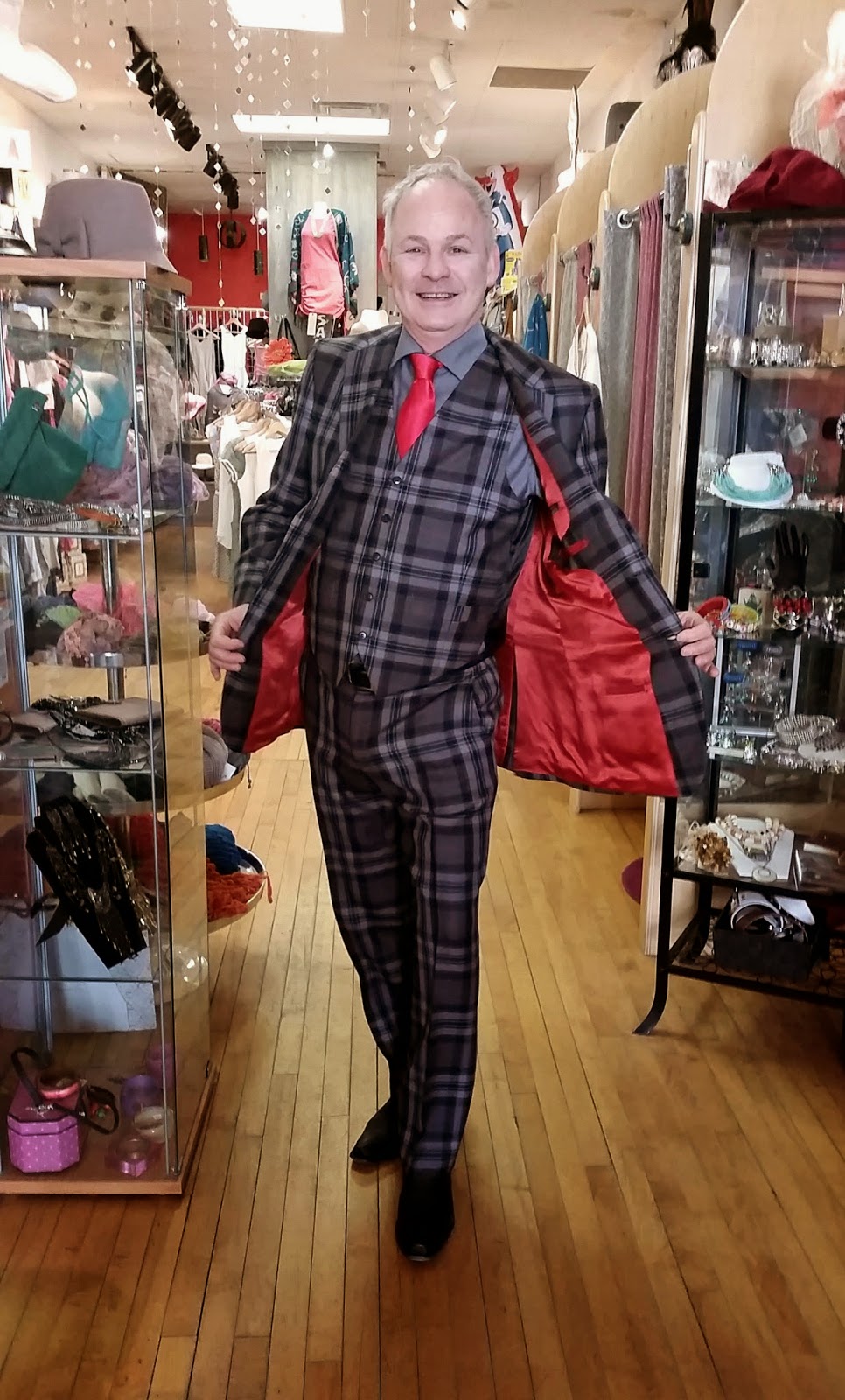 LOVE the red lining in the jacket - the suit has a subtle red stripe in the plaid that you can't see in the photo.  Jim hates having his photo taken, so many thanks for letting me snap these two shots (which he didn't know I would be posting, so I'm hoping he's still speaking to me after this goes up on the blog)


I have posted a few photos of well-dressed men on my blog in the past when I focused on street style shots of people who had unique personal style.   London, Ontario is not a city that encourages style experimentation, especially in men.   It's a business town, a sports town, and a university town.  Sad to say, but for the most part, the men in London can be divided into two groups:  the guys who spend their work days wearing basic grey/navy/black suits (plaid, are you kidding?) and the guys who live in jeans/hoodies/baseball caps.  There is very little in-between, aside from the occasional brave or creative man with a sartorial flair who will show up at an event in a cool shirt or interesting jacket.  This accounts for why I tend to gush over a fabulously turned-out man (see my post on the Toronto Vintage Show) when I stumble across one.   It may not be exactly true that "clothes make the man", but what you're wearing can make the difference between a memorable and positive first impression and one in which you are indistinguishable from the rest of the guys around you.  Men need to learn what we women have always known - never underestimate the power of a well-cut suit.

If you have Instagram and want to see some amazing men's style (or get some inspiration guys!) check out dlee_thestylemaven.  She posts photos of men's shoes that are so beautiful they make me cry.
Posted by Forest City Fashionista at 4:12 PM