They Grow Up So Fast

This is not the post I was hoping to put up tonight, but I'm still working on that one, so in the meantime, let's catch up with Ginger and Ruby, shall we? 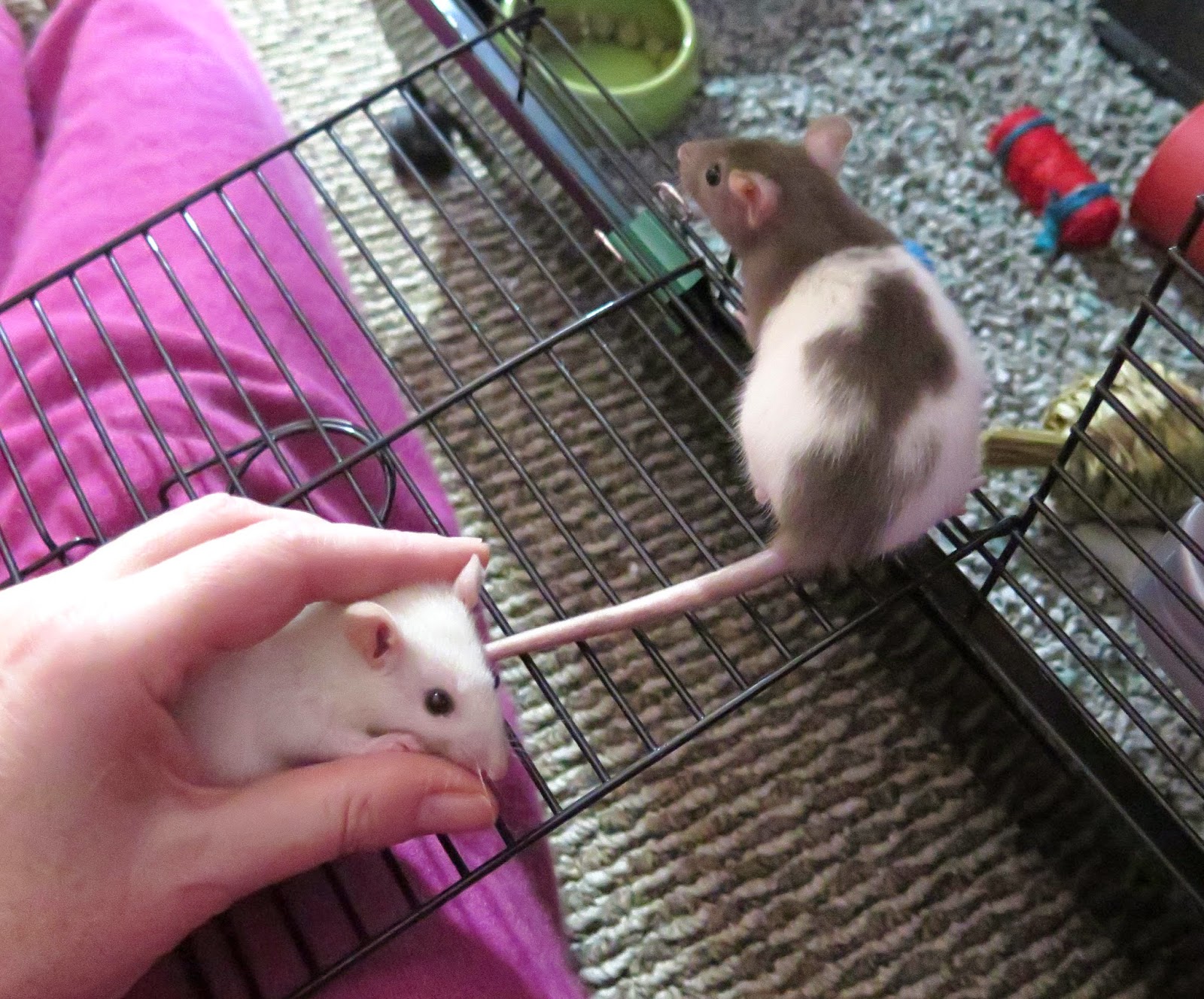 Ruby and Ginger in December, at 8 weeks of age

Like all babies, they keep getting bigger and bigger 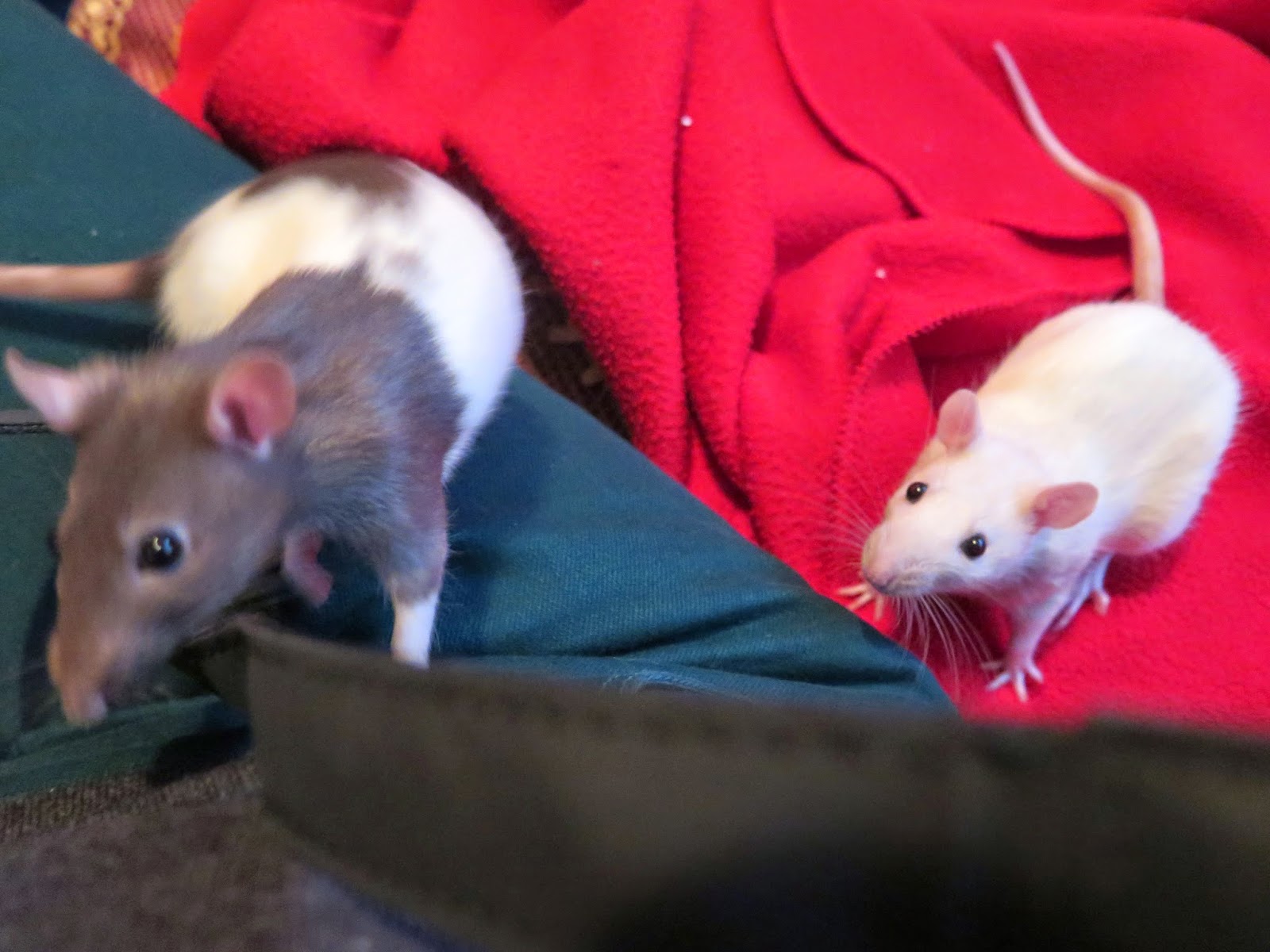 At almost 4 months old, they are close to twice the size they were when I brought them home.  Ginger (left) is smaller than Ruby, but she is braver, and is often the first to try new things. 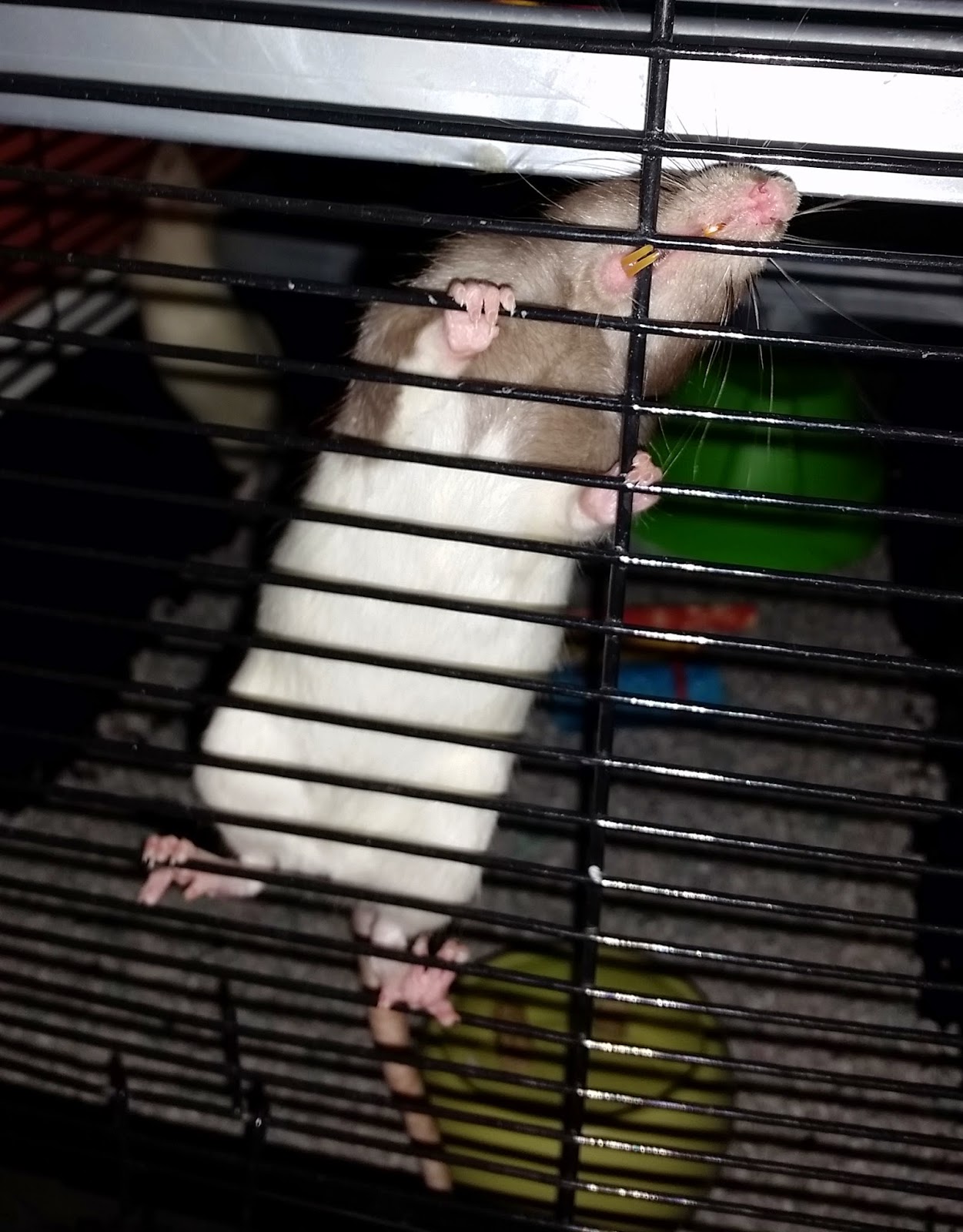 Just look at those chompers on Ginger!  She has not been smoking - a healthy rat's teeth are supposed to be yellow. 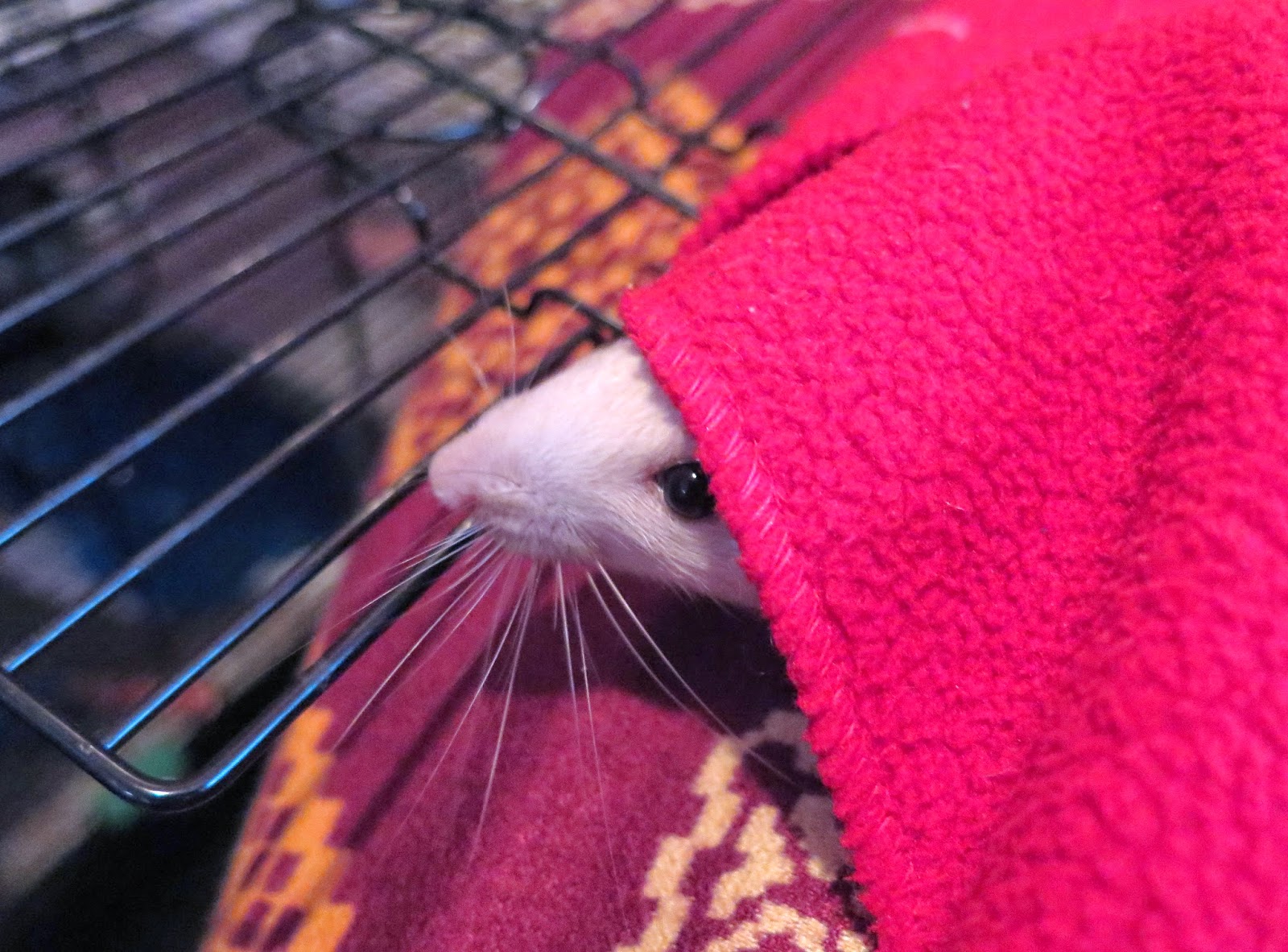 They climb onto the bars of the cage to greet me in the morning, and when I arrive home at night.  They want to be out of their cage and with me all the time, and my couch has turned into a rat playground for hide-and-go-seek, wrestling, and the dispensing of treats.  I supervise them when they're out, but they are quick, curious little creatures, who love to chew on stuff...

...and on the weekend I discovered this: 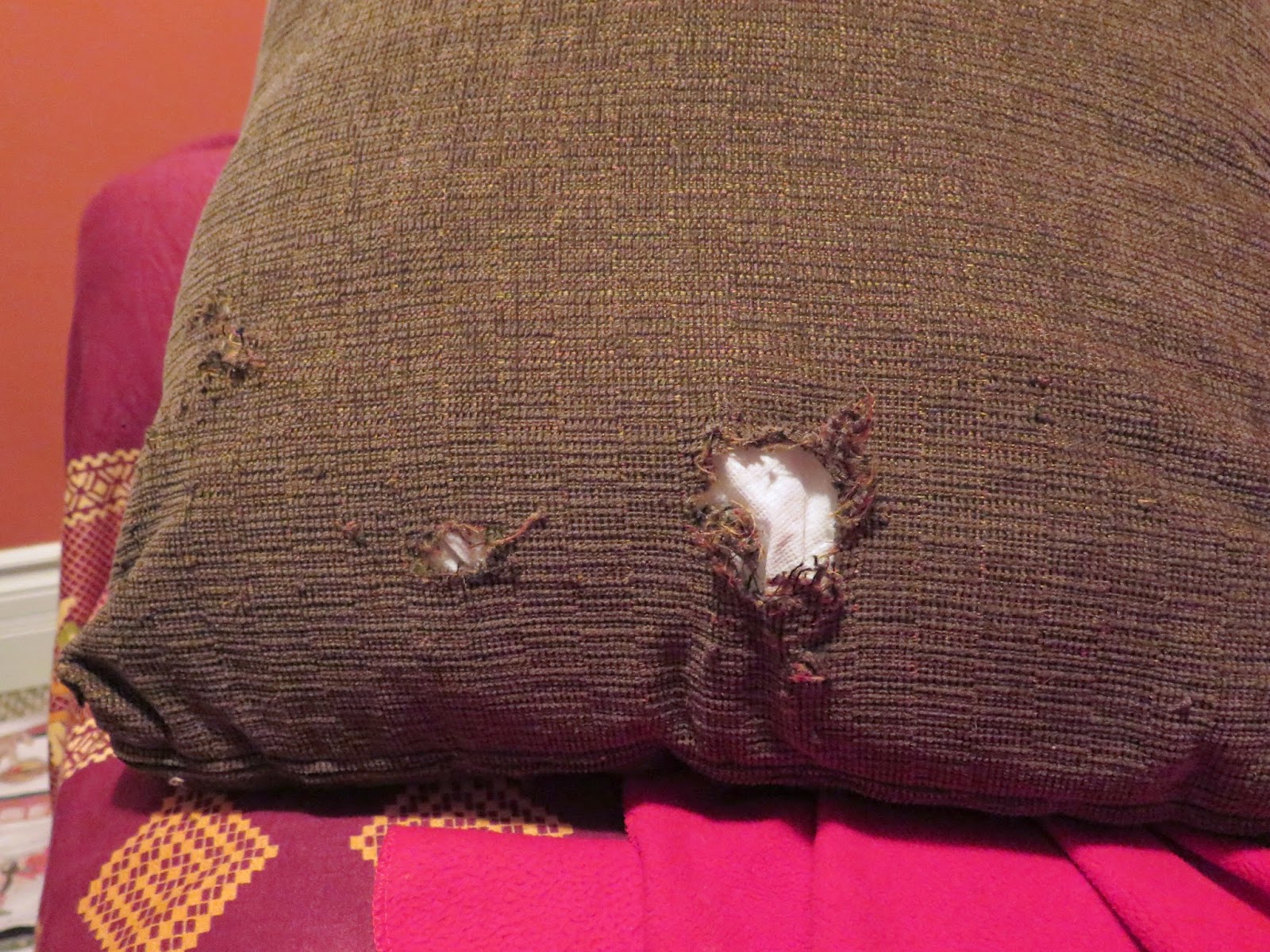 This is one of the three large cushions that line the back of my couch, which was the first piece of new furniture I ever purchased, about 20 years ago.  With no kids or animals in my apartment, it has stayed in very good condition, until now.   I found Ginger hiding inside the cushion on Saturday night after searching for her for over a half an hour.  I have no idea how long she had been working on that hole (which was on the side of the cushion against the couch).   There was no point in getting angry with her, as she was just doing what rats do, and you can't discipline them like you would a dog.  I allowed myself to be upset for a while, and realized that when one has a pet (unless it's a fish), you have to be prepared that something is going to get scratched, chewed, or peed on.  I'm just glad it wasn't a pair of my favourite shoes.
Posted by Forest City Fashionista at 10:48 PM