A while back, in my post about my visit to the Jack Lux Vintage Store in Toronto , I mentioned that I did buy something at the store...... 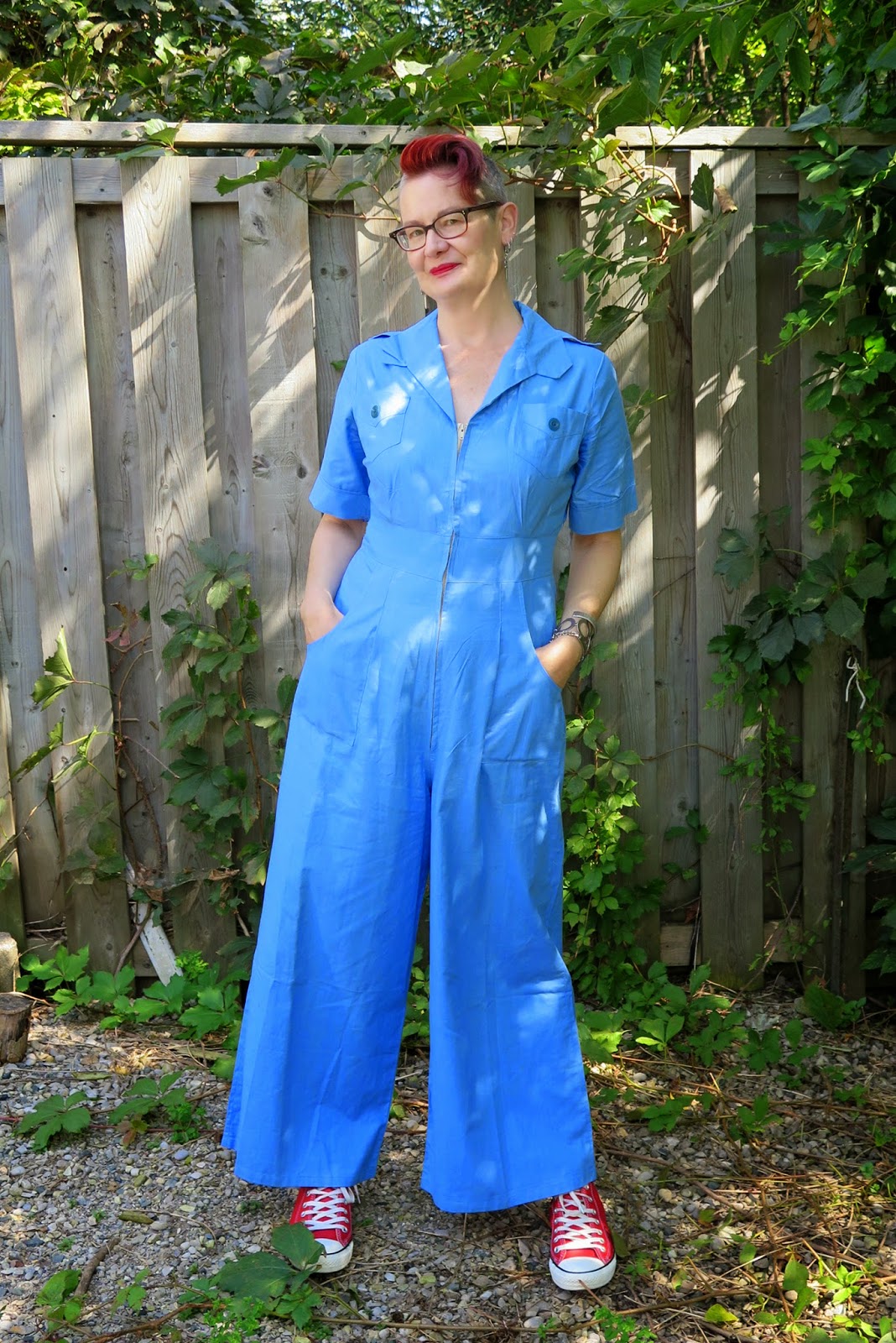 It was the first thing that caught my eye - a jumpsuit, which reminded me of the coveralls worn by mechanics.  I liked the colour, and the fact that it is made of cotton.  Aside from the legs being a bit short, it fit as if it was made for me. 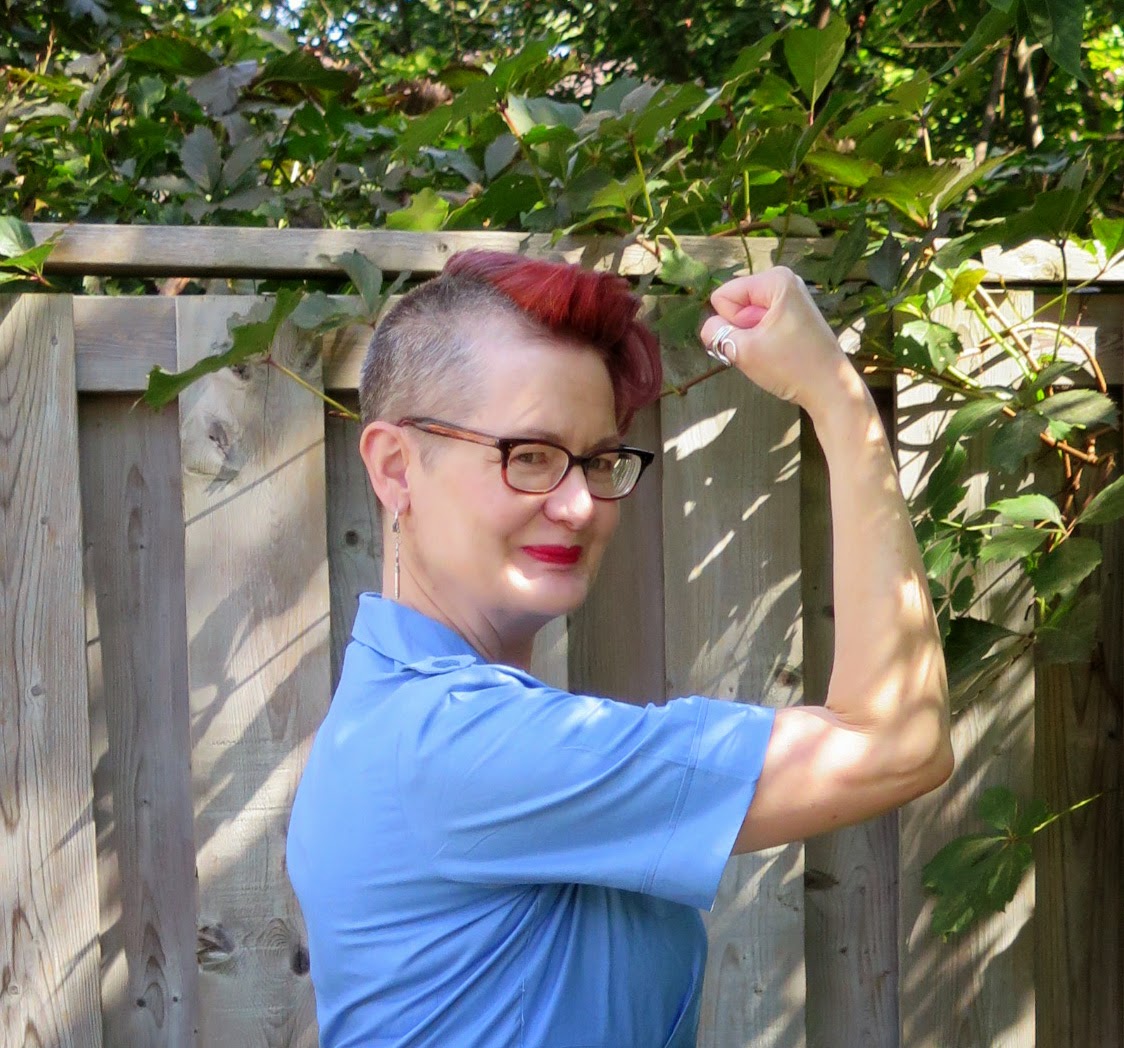 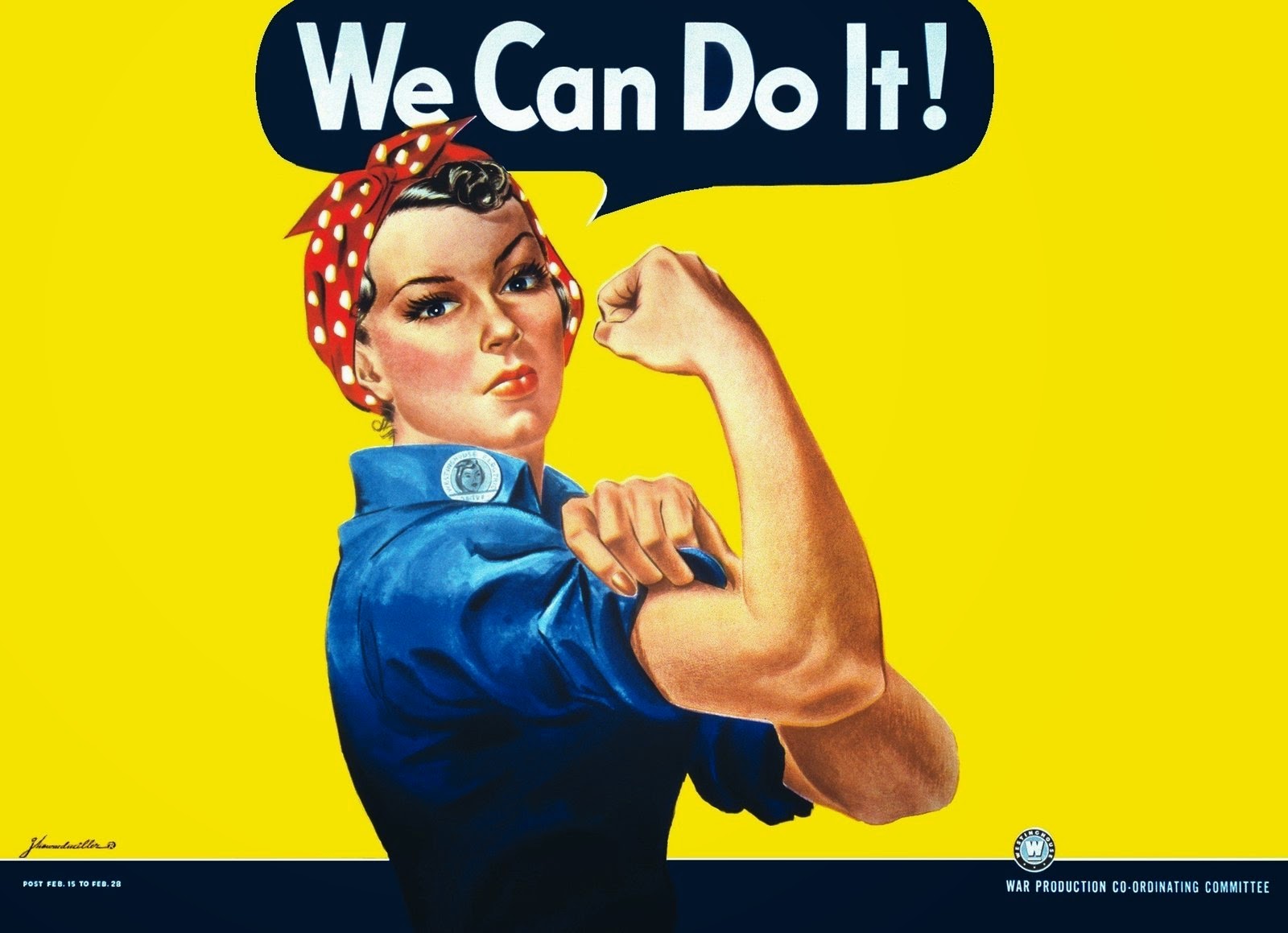 I had always thought that this iconic image of a woman flexing her bicep was meant to portray Rosie, but was surprised to learn that's not the case.  The image above was designed by J. Howard Miller who was hired by Westinghouse Company to create a series of posters for the war effort.  It was referred to by the title "We Can Do it" during the war, and was shown only to Westinghouse employees for a short period of time before it disappeared.  It was re-discovered in the 1980's and became associated with the feminist movement, and mistakenly became referred to as "Rosie the Riveter". 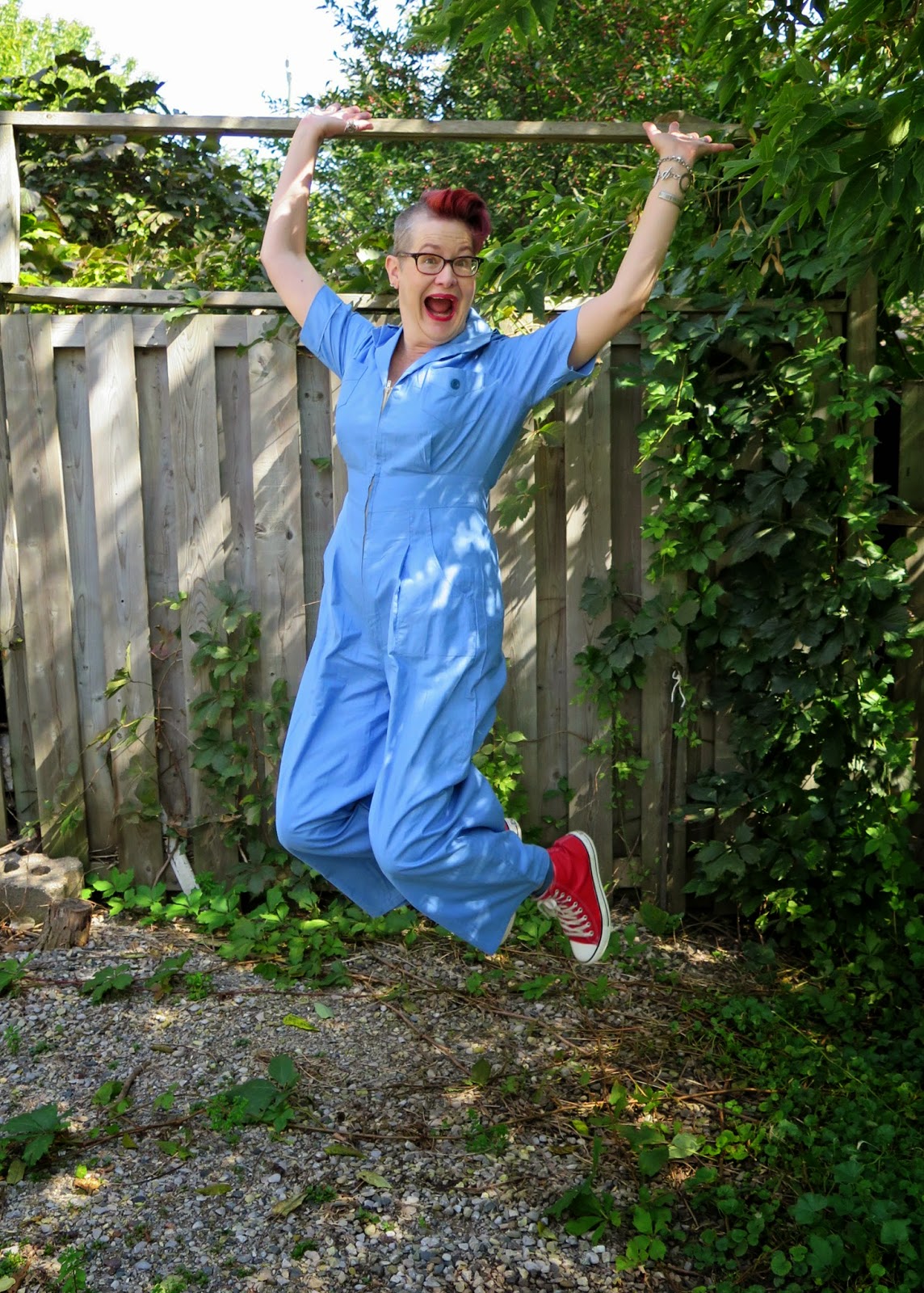 I've always been one of those people who takes things literally....
(thanks to Heather for the photos)


*A reminder - I will announce the winner of the copy of Women In Clothes on October 6th.  There's still time for you to enter your name in the draw - just leave a comment on my post about the book and answer the question at the end of the post.
Posted by Forest City Fashionista at 9:35 PM