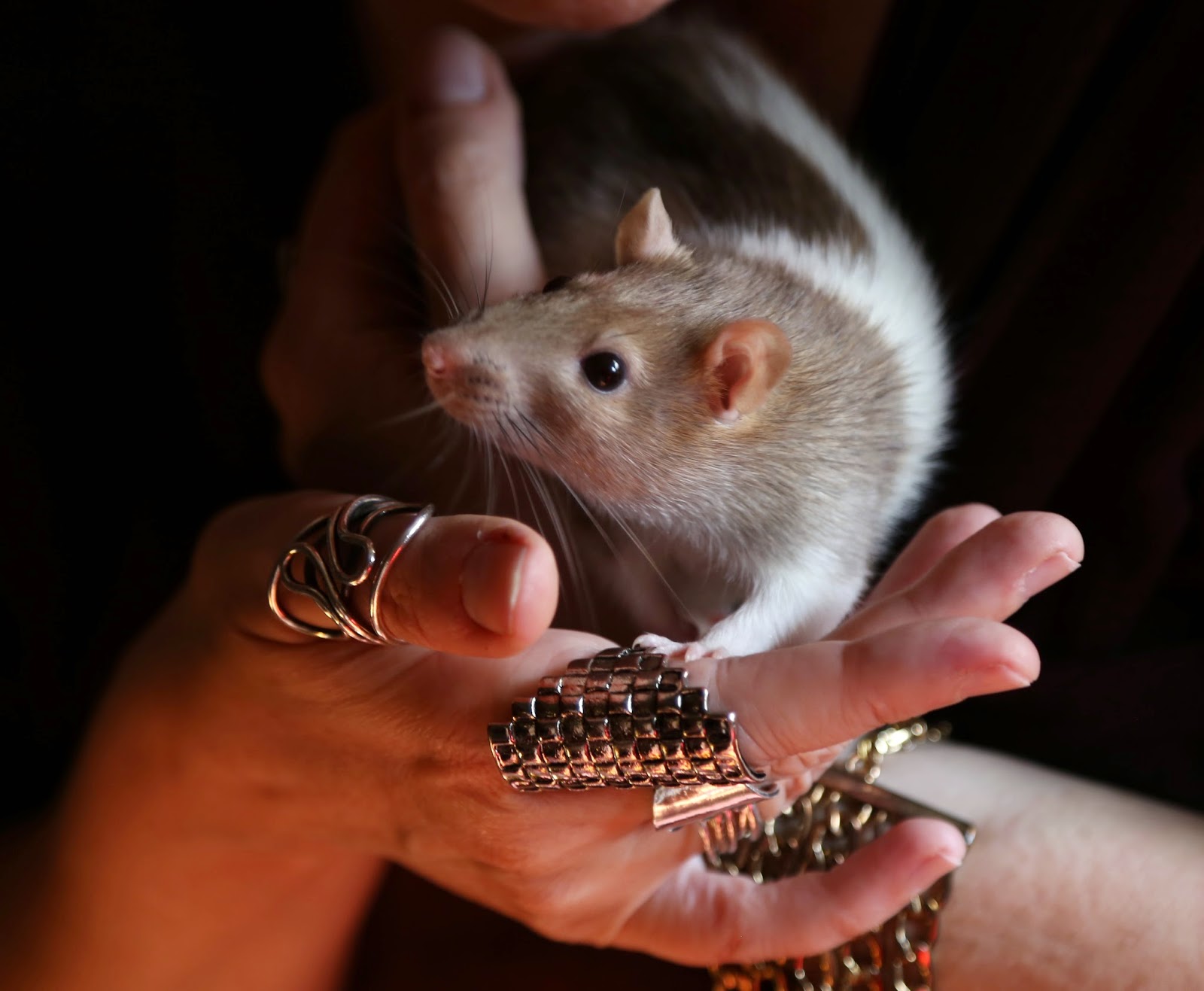 If you've been following my blog for a while, you know about my little fur baby, Fred (aka The Bun).  Back in early June she was diagnosed with pneumonia. After two weeks of antibiotics she seemed better....then it came back (or never went away), and we tried a different antibiotic.  When that didn't work, the vet prescribed an anti-inflammatory, which resulted in an immediate improvement, and renewed hope that she would pull through.  The hope was short-lived, and on July 31st I took her back to the vet to be put to sleep.  The vet talked me out of it, noting that she was still eating and grooming, and suggested we combine the two antibiotics with the anti-inflammatory, and that I wait until after the long weekend to see if there was any improvement.   The weekend came and it was obvious that she was uncomfortable.  She lost her appetite, sat crouched in a corner of her cage, and didn't want me to touch her.  It broke my heart, and I had to make a decision.  On Sunday, August 3, Heather and I took her to the emergency Vet Hospital where she ended her suffering.  The staff there were wonderful, and the vet technician that took care of Fred had rats of her own, and understood how attached you could get to a little rodent.   While I was at the hospital, an older couple came in with their 14 year old cat, who was obviously in distress,  and we looked at each other with tears in our eyes, acknowledging our shared grief.  It must be very difficult working in a place where every patient is hurting, and more often than not, the owners have to say goodbye to a beloved member of the family.   The staff even sends out hand-written sympathy cards to the owners of pets who have died at the hospital. 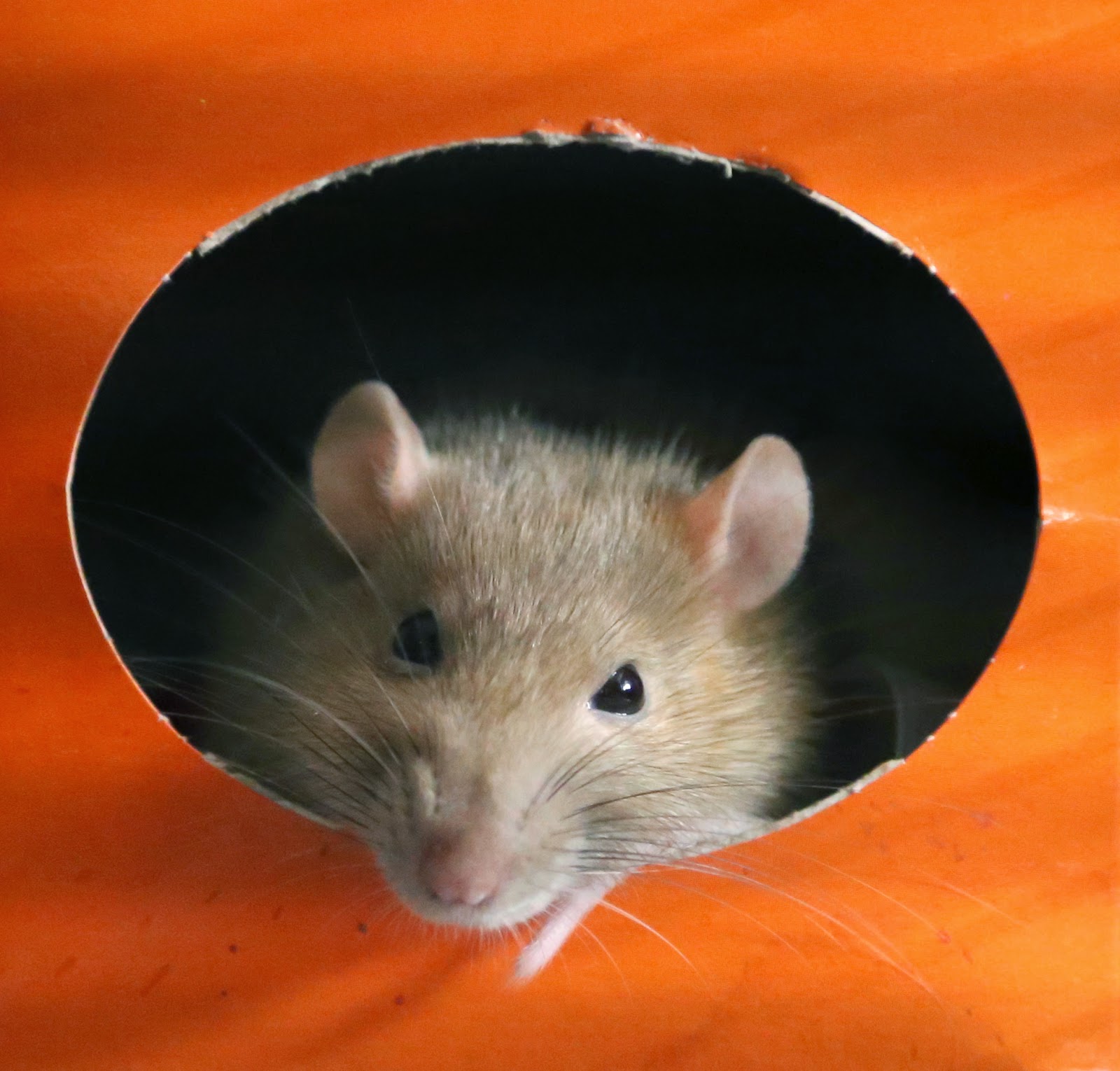 She was the best roommate I could wish for, except for the time she chewed through my telephone cord, and made a hole in a very expensive jacket, but that's what rodents do.  There is absolutely no way you can discipline a rat.  And how could one be angry with that little face? 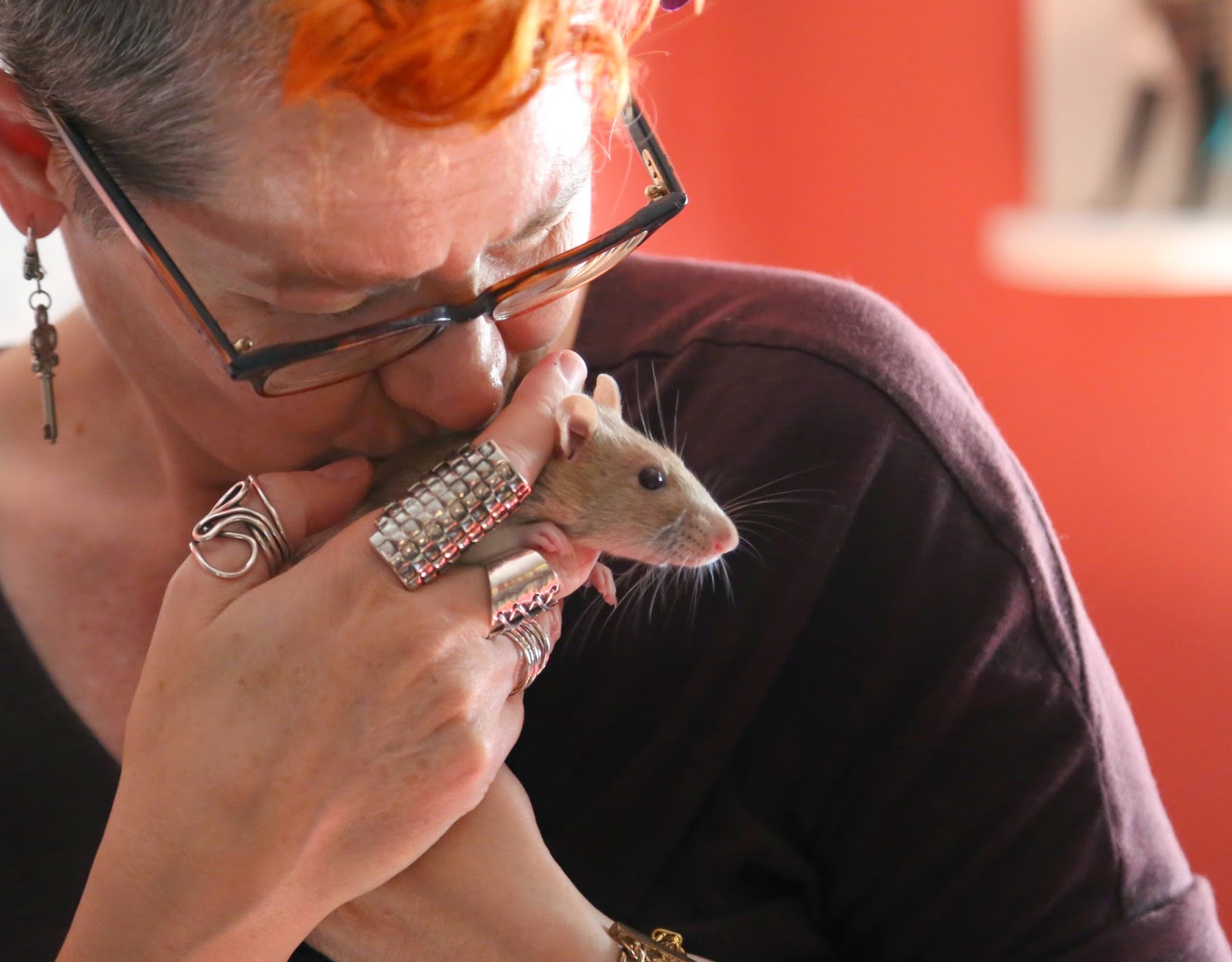 She was scrupulously clean (and oddly enough, smelled very slightly of grape soda) and very quiet.   She loved all fruit (especially bananas, watermelon and blueberries), cheerios, and the peanut butter and bacon dog biscuits from the bakery at the Western Fair Farmers' Market.  Occasionally I would fill a paint tray with water and let her bob for peas, which was very entertaining for both of us.  She was an excellent climber, a good problem solver, and much smarter than I probably gave her credit for. 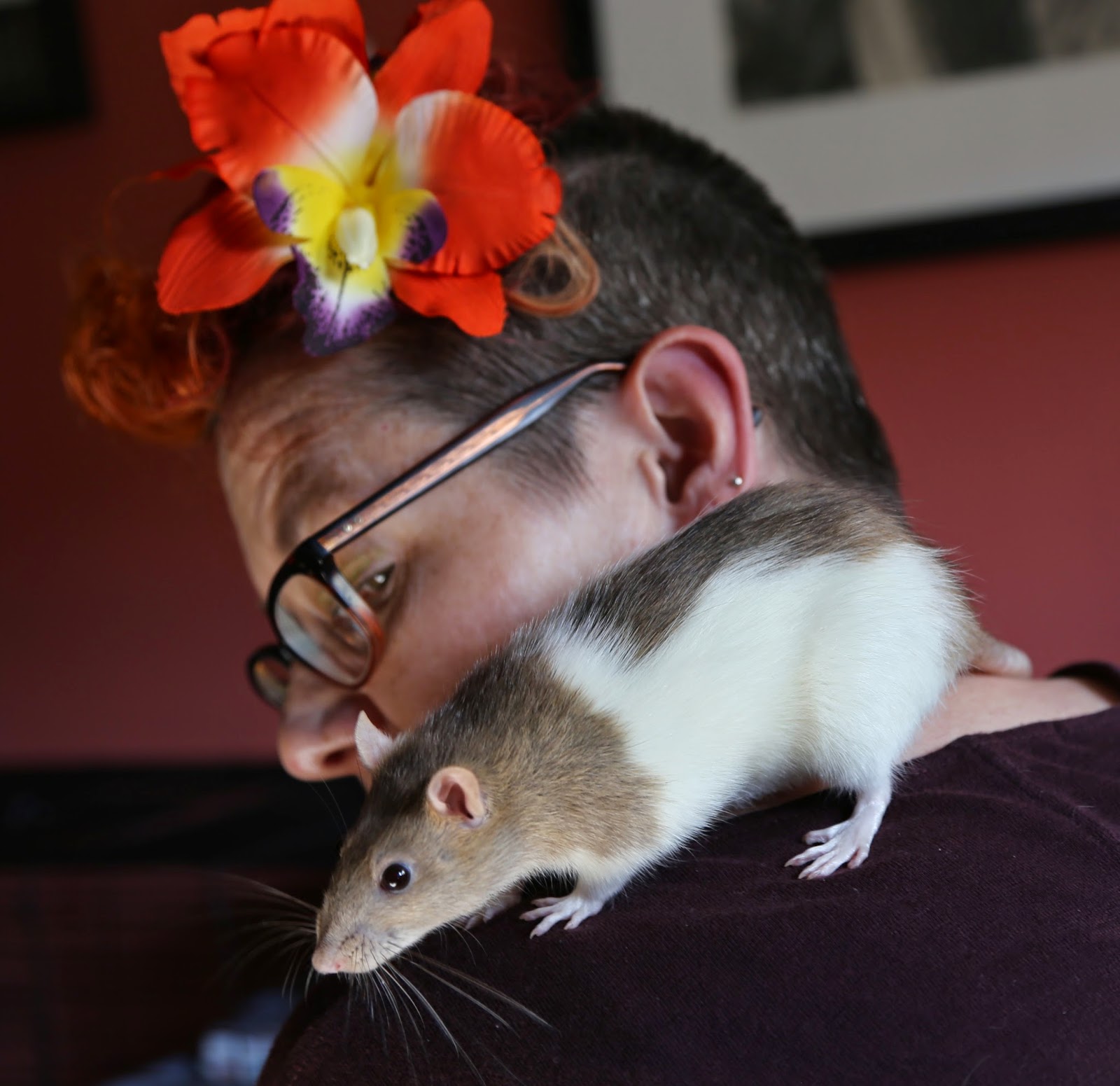 I was endlessly fascinated by her delicate, human-like front paws, her halo of whiskers and fuzz-covered tail.  She had an obsession with licking the inside of my ears, which drove me crazy, but I let her do it because it made her happy. She was the first living creature I saw in the morning, and the last at night. 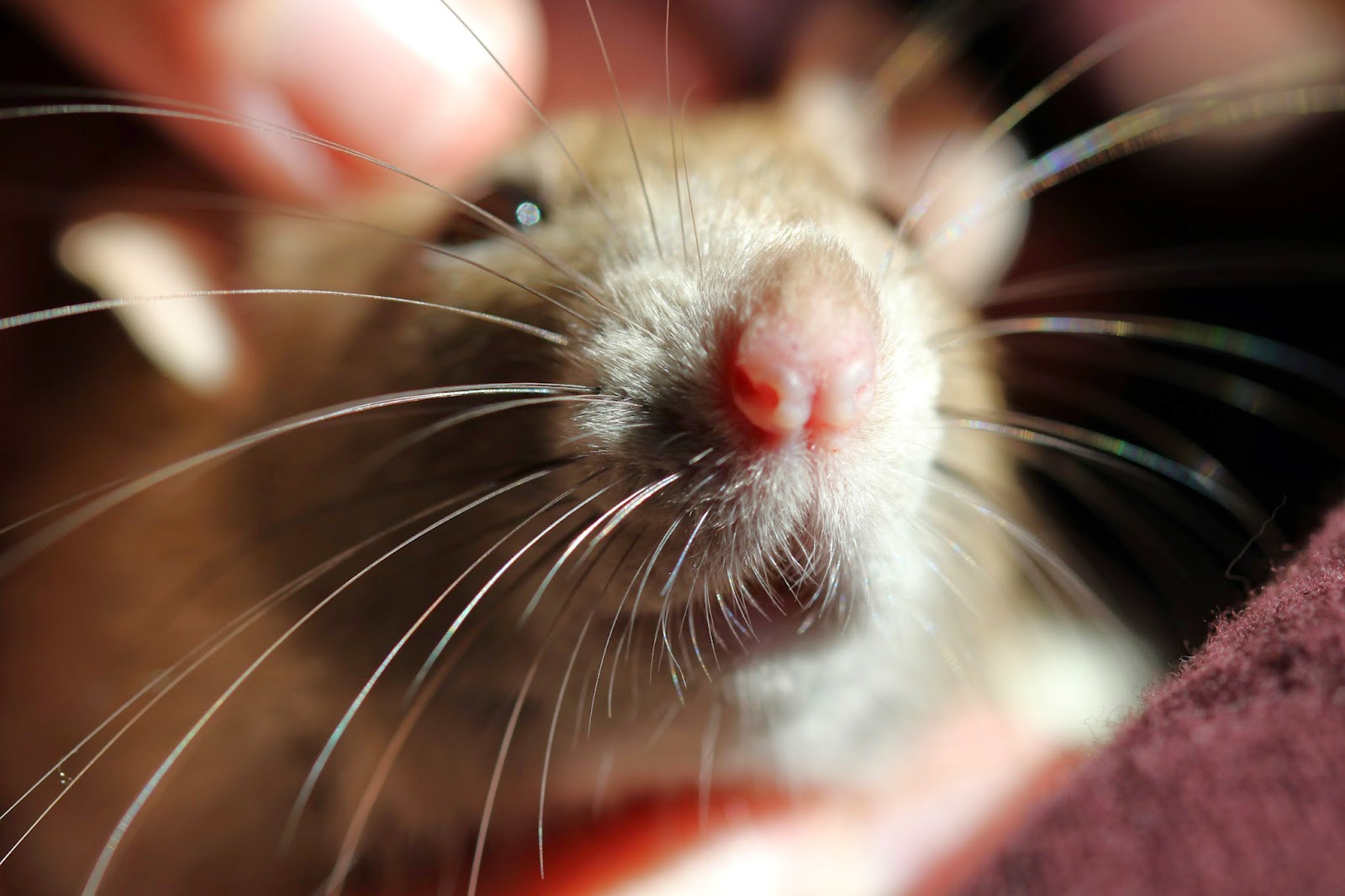 The week before she died, I had asked my friend Mark (who also shot my Tilda Swinton tribute photo) if he would take some photos of her with his incredibly expensive camera (he also contributed the title of this post)  I am forever grateful to him for these wonderful reminders of the little rat that took up very little space in my apartment, but occupied a lot of room in my heart.
Posted by Forest City Fashionista at 12:23 PM