You Say Goodbye, And I Say Hello


It's sad when one has to bid farewell to an item of clothing that has become a favourite piece, especially when it hasn't had a chance to explore its full potential.... 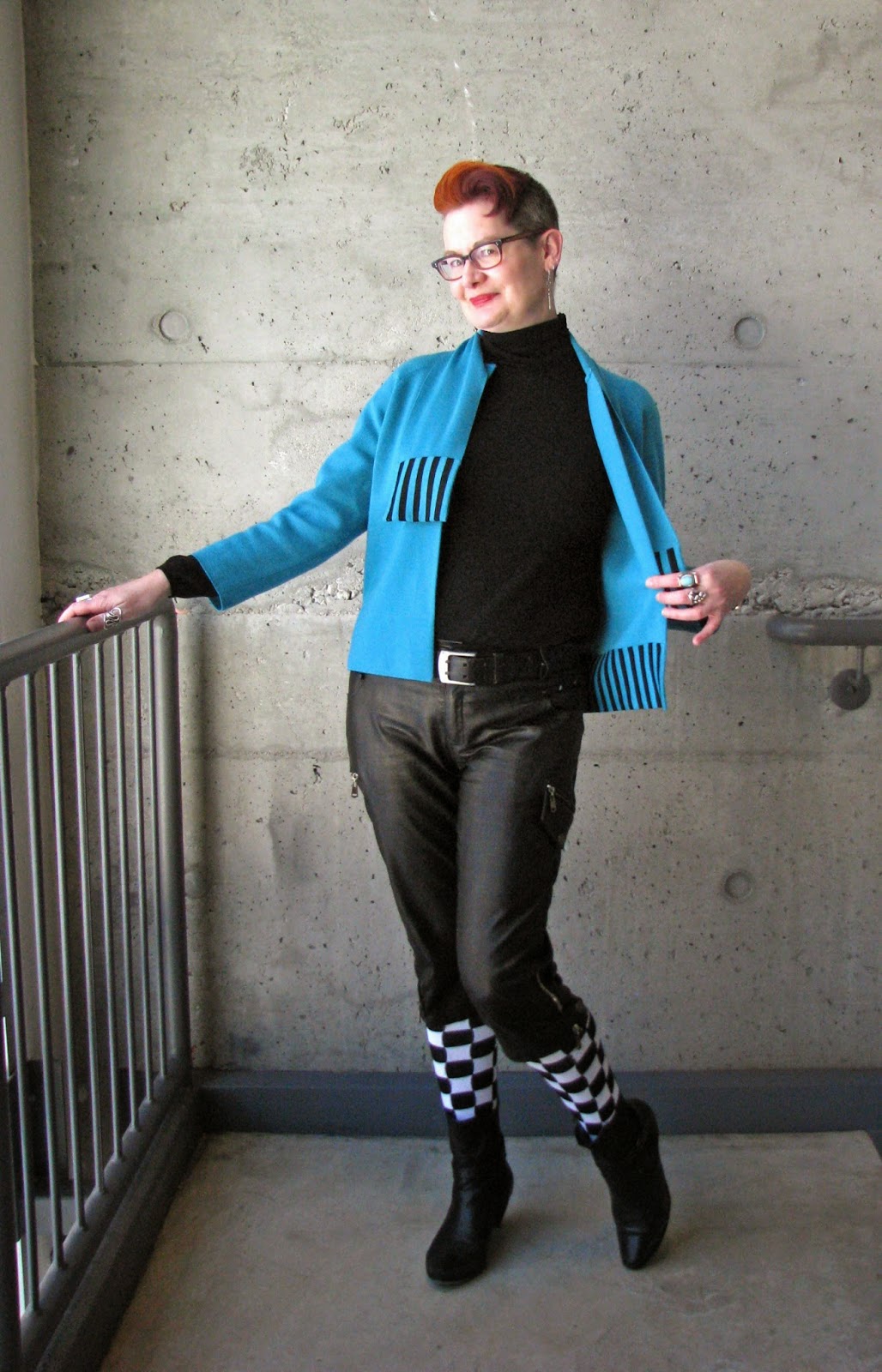 The item in question is this pair of leather-look cropped pants.  I purchased them over a year ago at Mesh Consignment Boutique, and they languished in my closet for a few months before I figured out how to wear them.   They became great cold-weather pants because of the soft, cotton-like lining, and the zippers and stud detail added a punk vibe to whatever outfit they became a part of.   Upon returning home after their most recent wearing, I discovered that the pvc coating had begun to peel off in a placed that was both embarassingly obvious, and impossible to patch or repair.  I wracked my brain trying to figure out a way to save them, but alas, once the coating had started to come off, there was no going back, and they went in the trash.  RIP, punk rock pedal pushers. 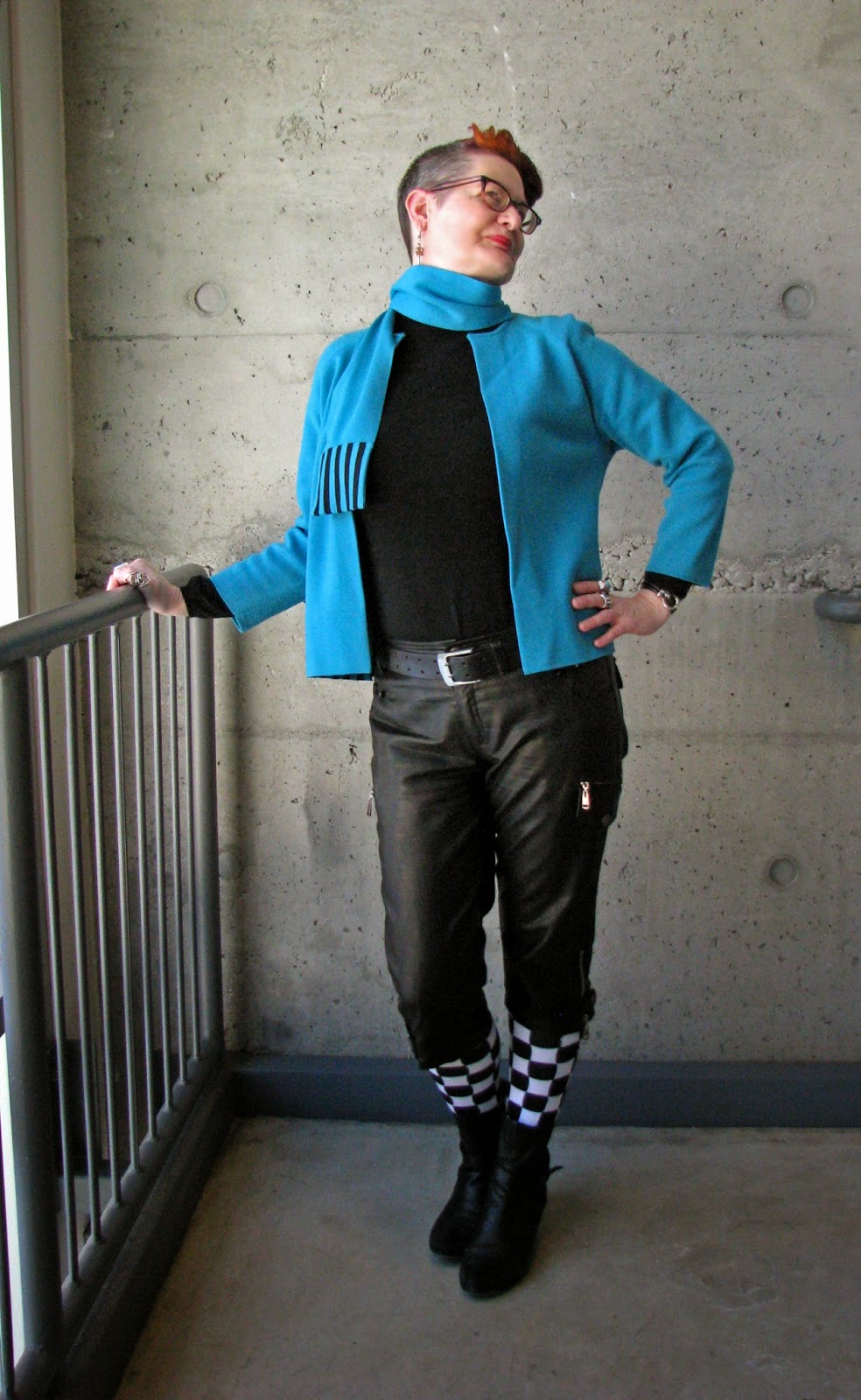 At least they got to party with this amazing Italian-made 1960's sweater and checked socks.  The  attached scarf and black stripe detail on the INSIDE of the sweater are delightful details that you just don't see anymore in mass produced clothing.  The sweater also came from Mesh Consignment Boutique. 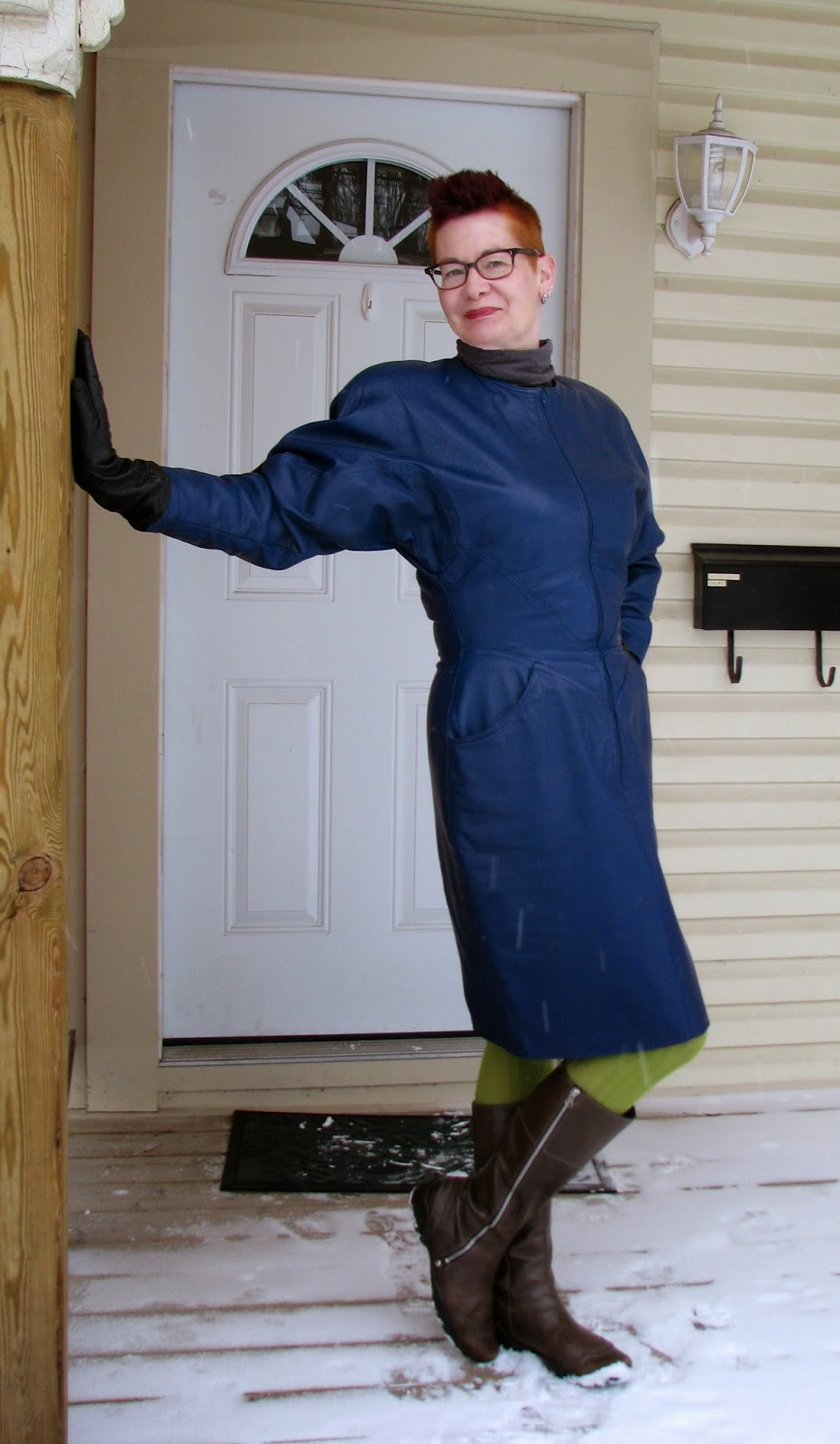 I was planning to say goodbye to it too, but I was rather in love with the colour, and the ginormous, football pad shoulders.

So I got out my sewing scissors and did this... 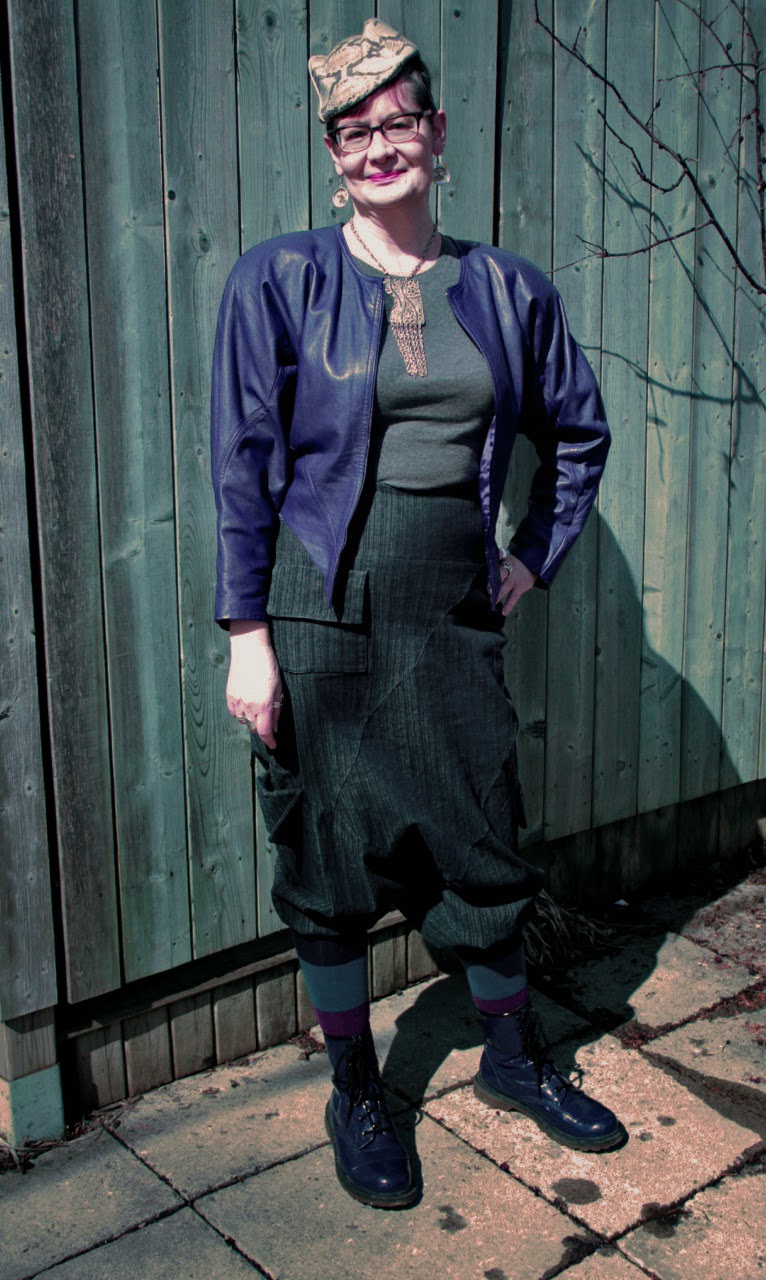 I followed the shape of the stitching that joined the skirt to the top of the dress, and didn't do anything fancy like hem the lining, although when it starts to fray I may regret that decision.  This was the outfit I wore to the Vintage Show in Toronto at the end of March.  The photo was taken by blogger Erica Chapman.  I'm going to use this photo to link up with The Style Crone's Hat Attack.


And on a completely unrelated note.... 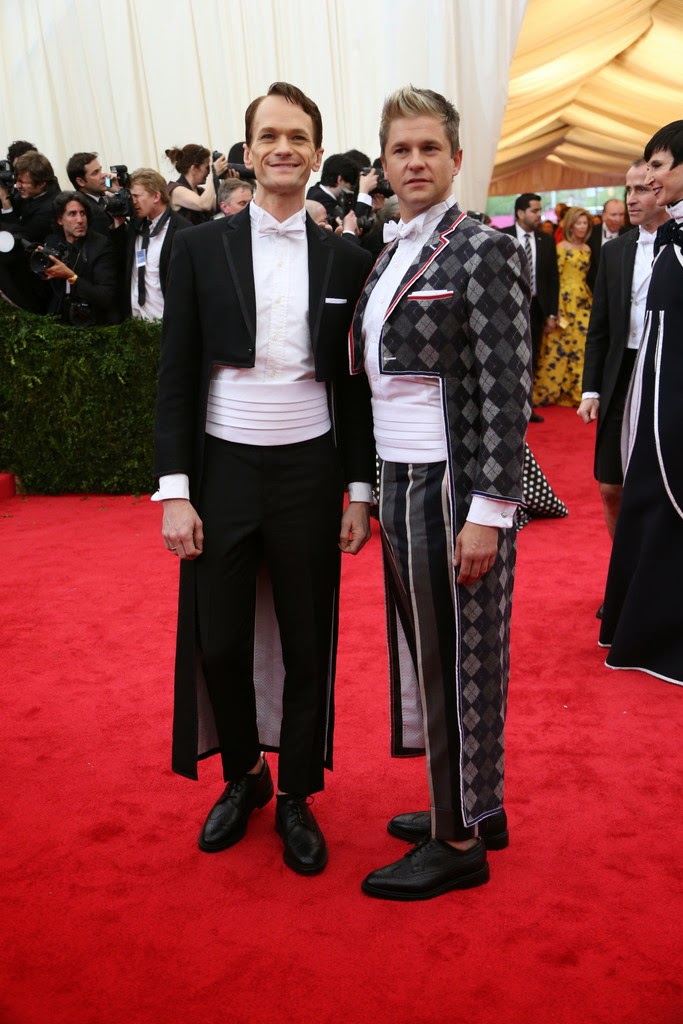 source
Neil Patrick Harris and husband David Burtka wore their own twisted version of white tie and tails to the Metropolitan Museum Costume Institute Gala on Monday night, and I would bet money that's the first instance of argyle being worn on a red carpet.  I didn't think it was possible for me to love NPH even more.
Posted by Forest City Fashionista at 9:57 PM