So, my friend Heather and I went to see Jim Jarmusch's latest film, Only Lovers Left Alive,  this weekend..... 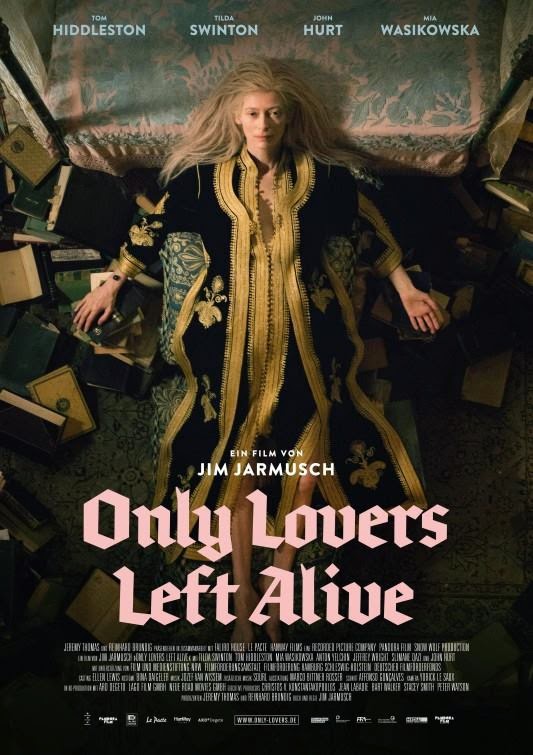 The film stars Tilda Swinton, whom I have had a huge girl crush on since I saw the film Orlando.  I am mesmerized by her elegant, pale androgyny, cutting edge style and her ability to completely inhabit every character she plays.  She was perfect in the role of the White Witch in the Narnia series and brought a depth and pathos to the role of the tormented mother in We Need To Talk About Kevin. 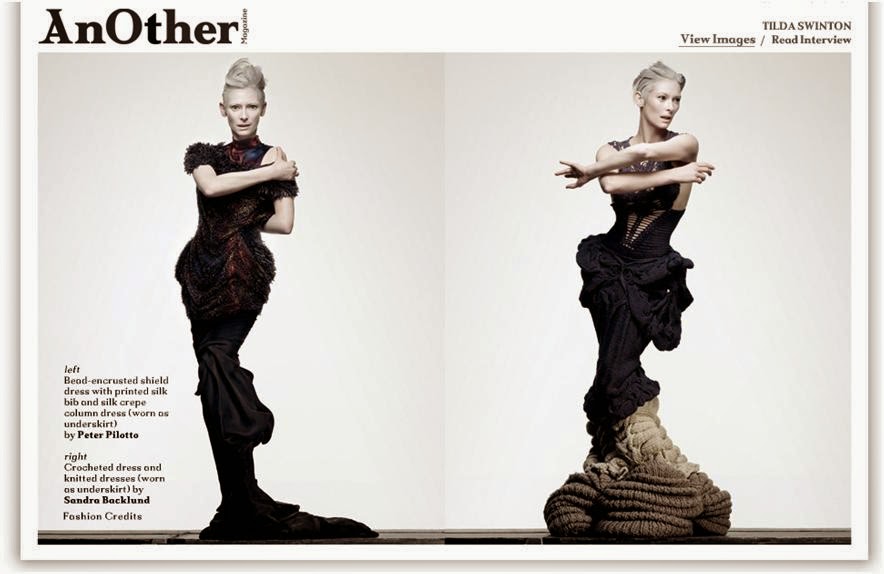 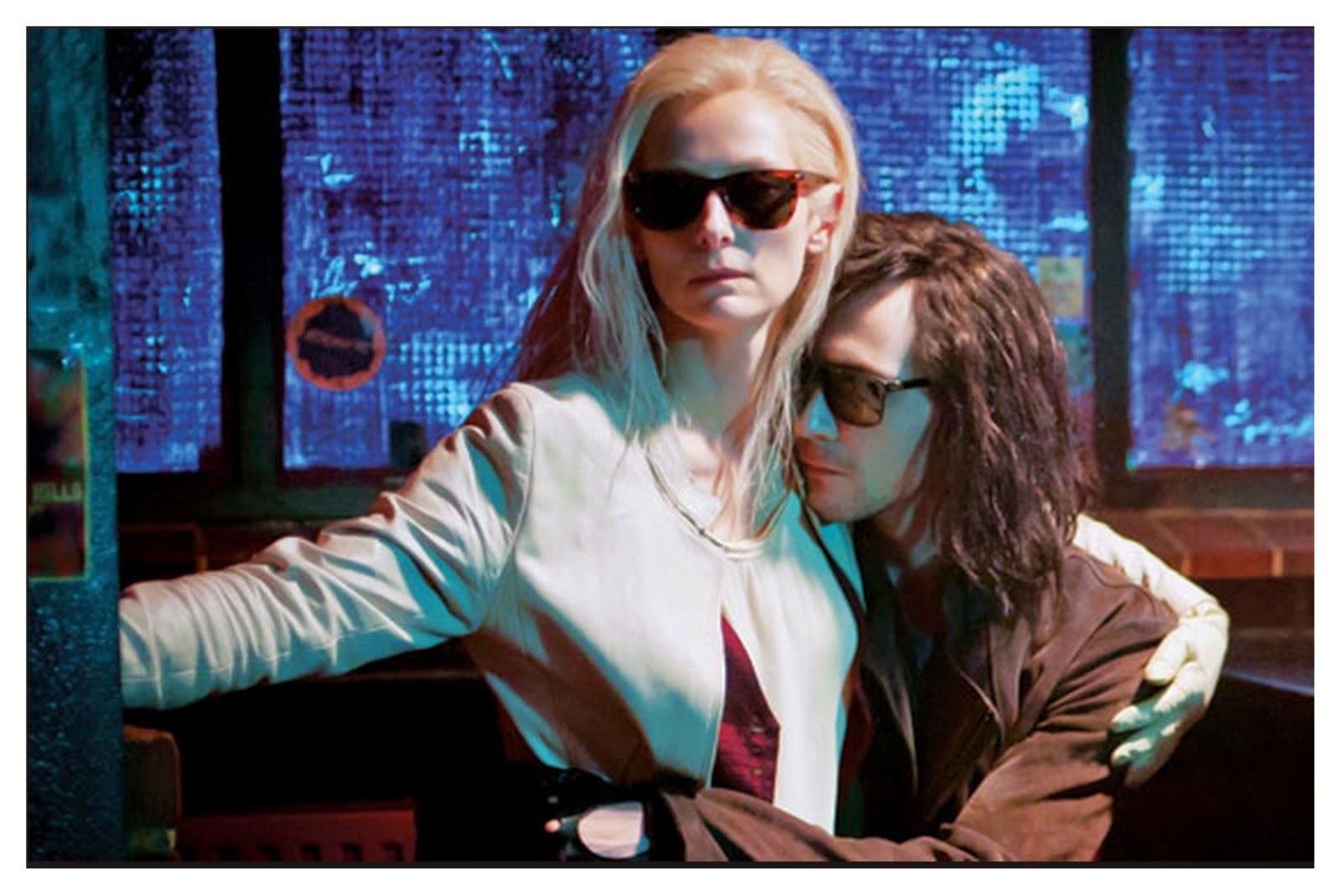 Only Lovers Left Alive is a typical Jim Jarmusch film (others include Dead Man, Broken Flowers, Ghost Dog, and Down By Law) in that nothing much happens; the film moves at a languid pace, and viewers are free to focus on the gorgeous visuals and hypnotic soundtrack.  The two main characters, played by Swinton and Tom Hiddleston are vampire husband and wife, Adam and Eve, who are romantic collectors of art and culture of times past.  Eve is a stunning wraith clothed in cream-coloured leather and suede, or elaborately embroidered robes.  She lives in a luxurious book-filled apartment in Tangier where she hangs out with fellow vampire, Christopher "Kit" Marlowe, played by John Hurt. 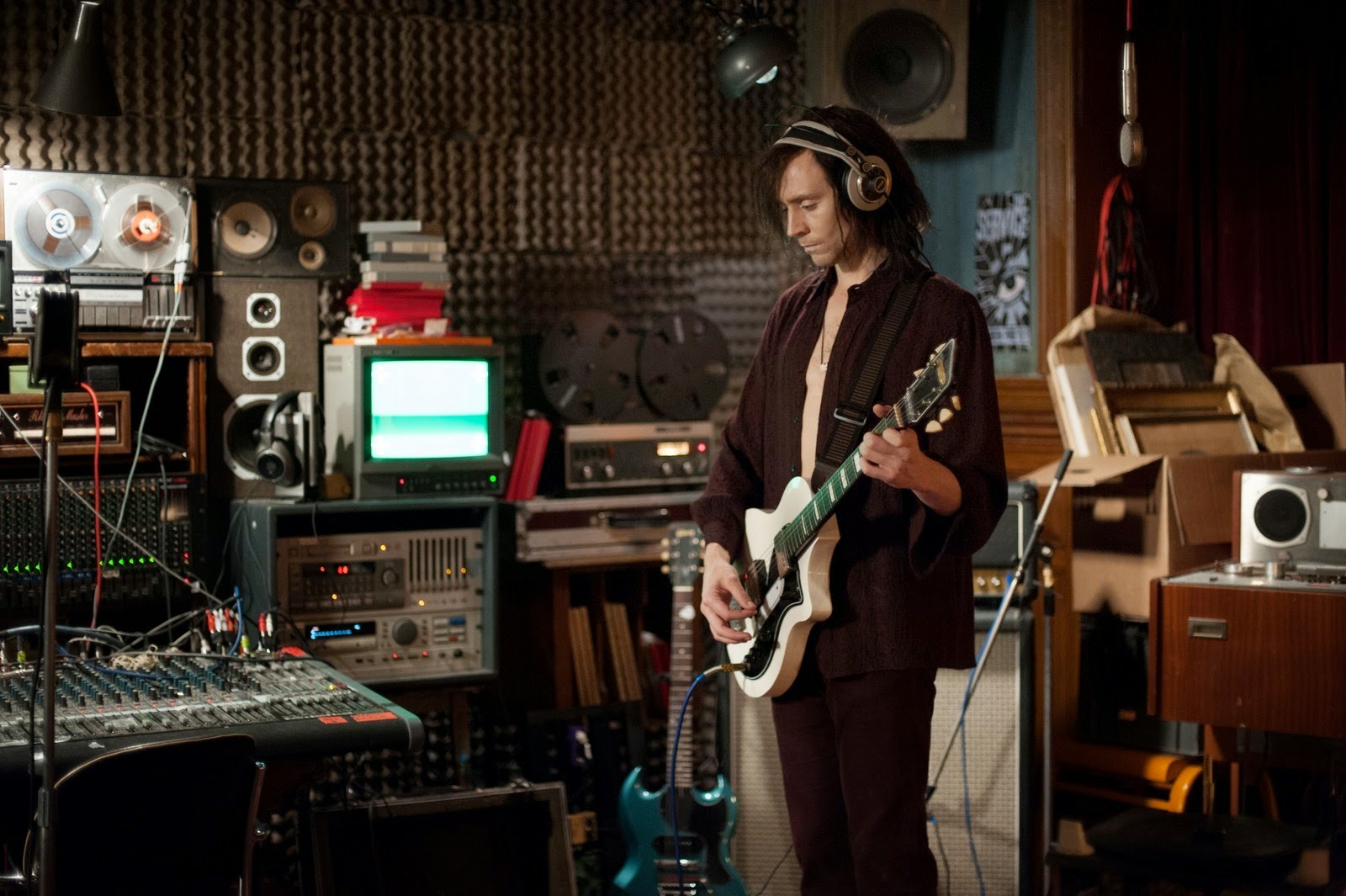 Adam, a reclusive rock musician, is a study in black, in wardrobe and mood. He spends his time acquiring beautiful vintage guitars via a"zombie"(his word for humans) lackey and uses them to create dirge-like music in his huge, dark, mess of house in Detroit.  These are not the vampires of True Blood, or any of the other recent film creations  - Jarmusch plays with the vampire genre and creates elegant, world-weary creatures who form allegiances with "zombies" who provide them with "pure" blood that is sipped from tiny crystal glasses.   At one point Eve notes that biting a human is "so fifteenth century".   Swinton is one year older than I am, and I was delighted to see her paired with an actor 20 years younger as her romantic lead.

The character of Eve was my inspiration for a photo shoot today with my friend Mark, whom you may remember as my toga-clad slave in the last issue of Vogoff.  Mark has not only become a very talented photographer, but he is also willing to perch at the top of a ladder holding a very heavy camera at arm's length while attempting to get the shot below.... 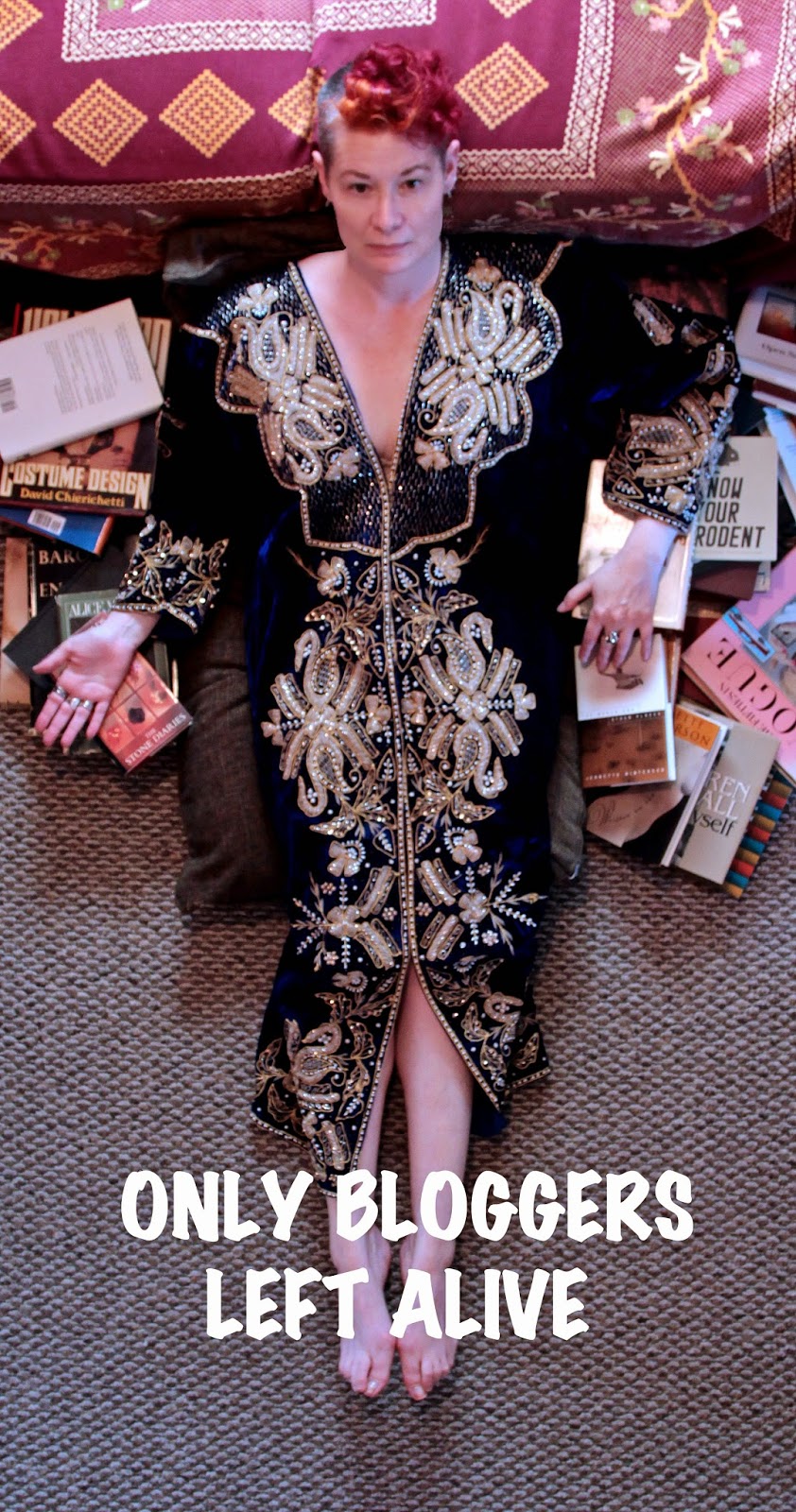 Many thanks to Mark, my patient and talented photographer, and to the Fabulous Swinton for her continuing inspiration.  Velvet embroidered robe, which is usually hanging on my wall, found at The Sentimentalist.  To see more of Mark's photography, check out his Facebook page.
Posted by Forest City Fashionista at 9:32 PM