So apparently there's this new "Fashion Trend" called Normcore.  Until this week, I had never heard of it, and then a work colleague sent me a link to this article from New York Magazine.  On the same day, Melanie of A Bag and A Beret mentioned it in a comment on one of my posts.  This obviously required further research: 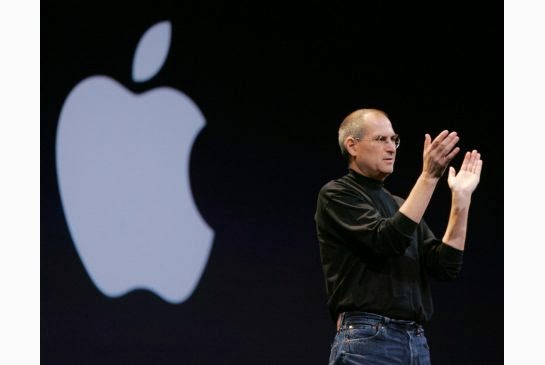 Source
Steve Jobs was Normcore before the word even existed
So, as I understand it:  wear the most boring, bland, clothing you can find, and claim it's anti-fashion, practical, and unpretentious.   Stop spending all that time and effort to broadcast your identity through your clothing and start looking like everyone else.   It's Jerry Seinfeld as Style Icon, and even Newsweek has written about it.   The term originated with New York-based trend forecasting collective K-Hole, who described it more as a theory instead of a look.  Embrace sameness and find the joy that comes with being part of a group;  conformity over asserting your individuality.  Apparently, if you dress like a schlub, it will allow you to blend in and mingle with people from all walks of life, opening you up to all kinds of life experiences you wouldn't get by clinging to your selfish need to "stand out".   Hogwash.

I would like to point out that this "trend" is being embraced by the 20 - 30 something hipster crowd - I doubt very much you will see any of the women in my blogging circle, or the women that appear on Ari Cohen's blog Advanced Style, climbing onto this bandwagon.

I wonder how the folks who've been dressing like this their entire lives feel about this?  There's a world of difference between the carefully styled, perfectly proportioned versions of "normcore" that are all over the internet, and what a mother of five in a small town in Oklahoma wears to go to the supermarket. 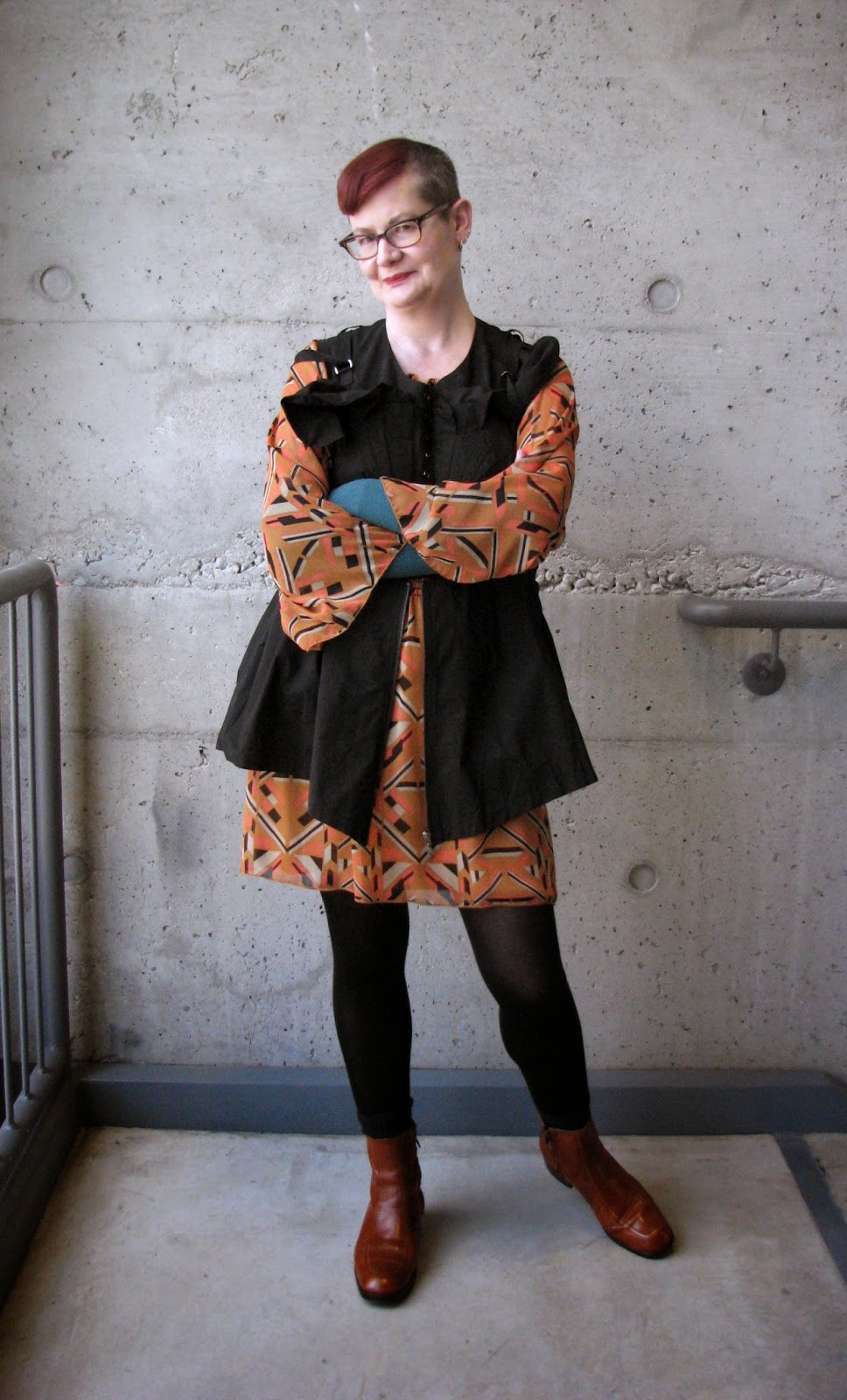 I can understand the style fatigue that may have contributed to this movement.  It takes lot of work and a lot of money to keep your wardrobe current with whatever Vogue Magazine has dictated is "IN" this season.    However, for those of us who aren't concerned with being "IN" or "OUT", and  are quite happy to have our personality reflected in our attire, hell can freeze over before we are going to adopt the bland and boring in order to "embrace sameness".  We spend so much of our lives trying to figure out who we are, and how to feel comfortable in our own skin, that if and when we finally, that is worth celebrating - not covering up with boring clothes that render you invisible.   The outfit I am wearing above, is quite "normal" for me, and is no less comfortable or practical for my day's activities than a pair of faded jeans and a t-shirt would be. 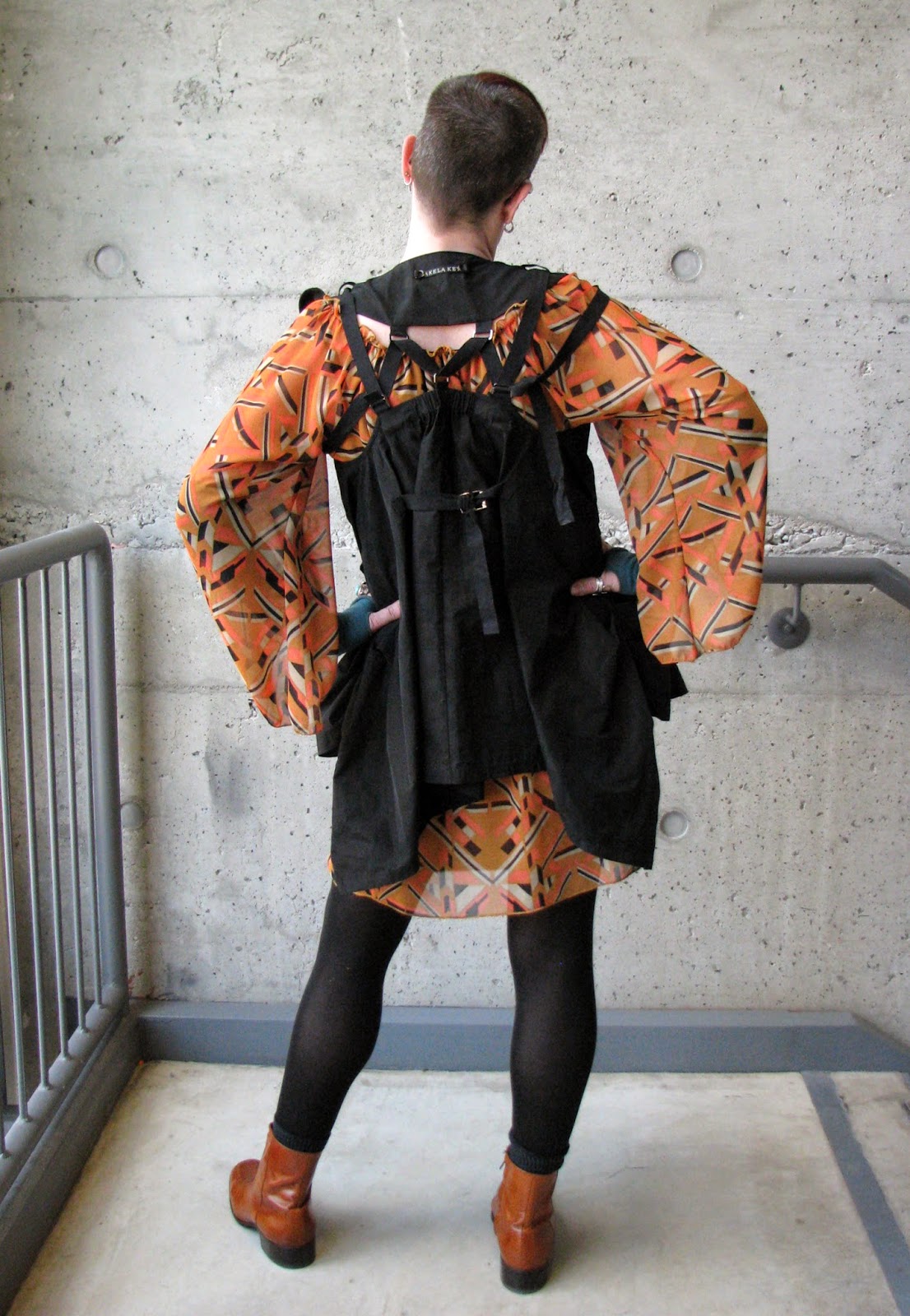 The vest may look complicated, but I just undo a couple of the buttons at the front and slip it over my head.

Oddly enough,  those of us who shop secondhand, make stuff, wear our clothes upside down or inside out, mix old with new, and don't concern ourselves with "rules" about age-appropriateness, pattern mixing, or colour-clashing, are, in fact, embracing our "sameness".  It's about a community of creative, intelligent, free-thinking, confident and .......... women wearing what makes us feel good.﻿

Would you be as fascinated, and delighted by, these women in the photos below if they were wearing jeans and sweatshirts? 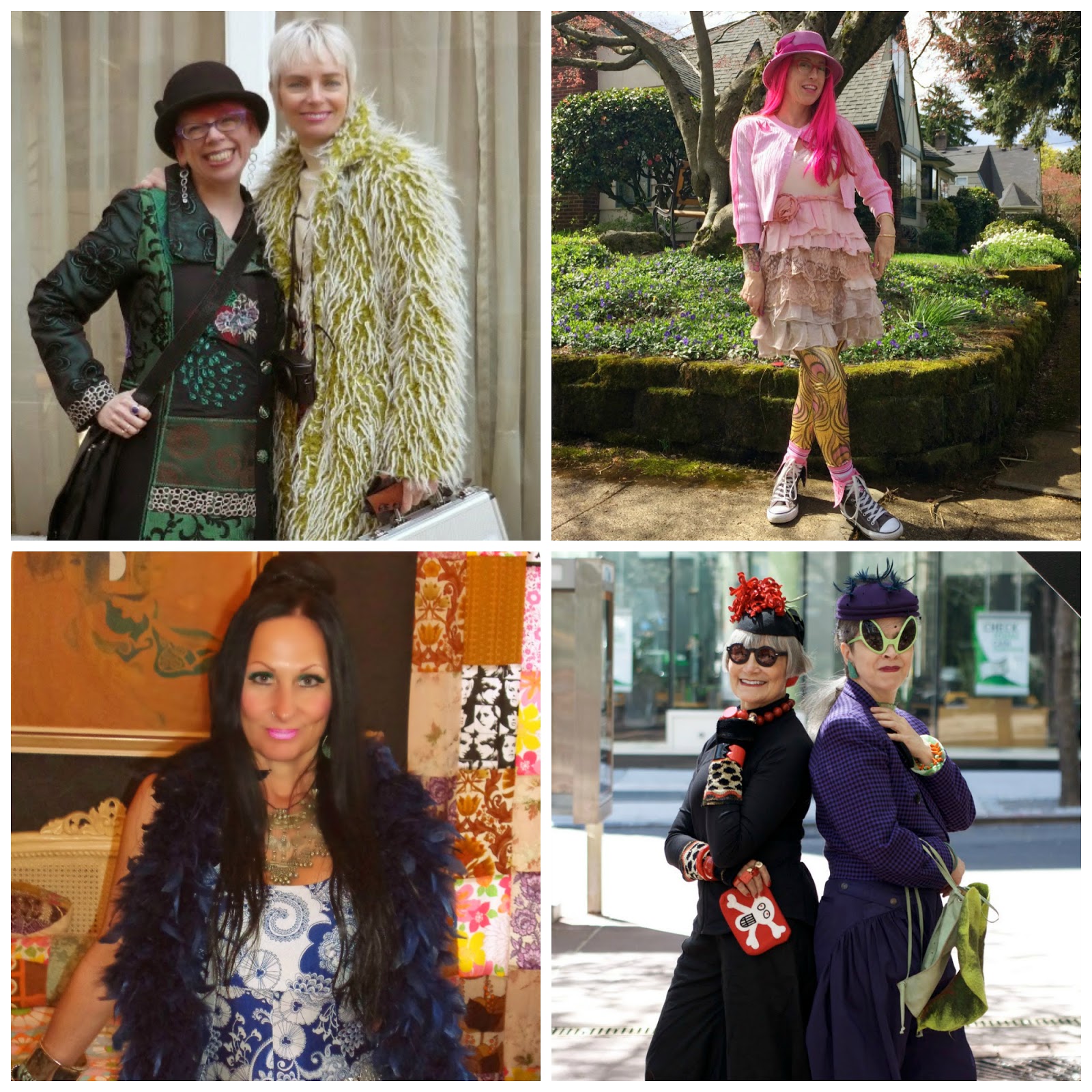 I think not.
Clockwise from top left:  Sheila and Melanie, Krista, The Idiosyncratic Fashionistas, and Vix.  The images are borrowed from their individual blogs (click on their names to see them), except for the one of Jean and Valerie, which came from Advanced Style.