This post is tribute to a fictional character that became my new style muse....

By way of introduction to those of you who don't watch Ryan Murphy's series American Horror Story, this season focused on a coven of witches living in present-day New Orleans, with the Supreme Witch played by the ever awesome Jessica Lange.  I found the plot holes in this season of the show to be annoying and frustrating, and the frequent deaths, and subsequent resurrections of various characters tiresome.   However, the one thing that kept me tuning it was the character of Myrtle Snow, Head of the Witches Council, played by the marvelous Frances Conroy.  You don't really need to know more than that in order to appreciate my tribute to an eccentric, endearing, and fabulously stylish character.  A  picture really is worth 1,000 words, and thank goodness for the interweb, from which I gleaned these photos... 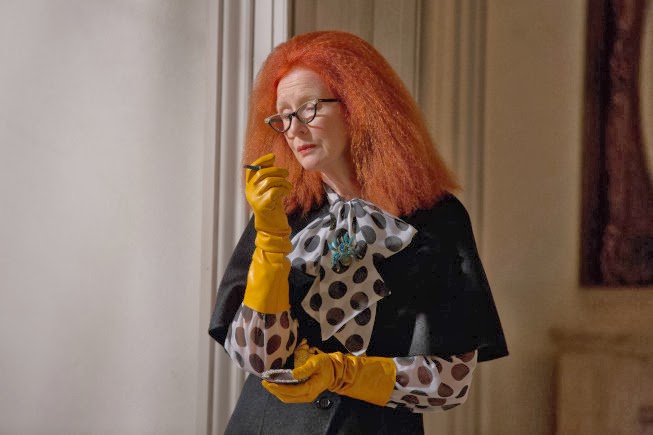 It was not only Myrtle's eccentric style, but also her dry wit and irresistibly quotable dialogue that held my attention.  The episode in which she plays the Theremin (of course she would) and advises one of the other characters, "don't be a hater, dear" spawned a spate of gifs like the one above. 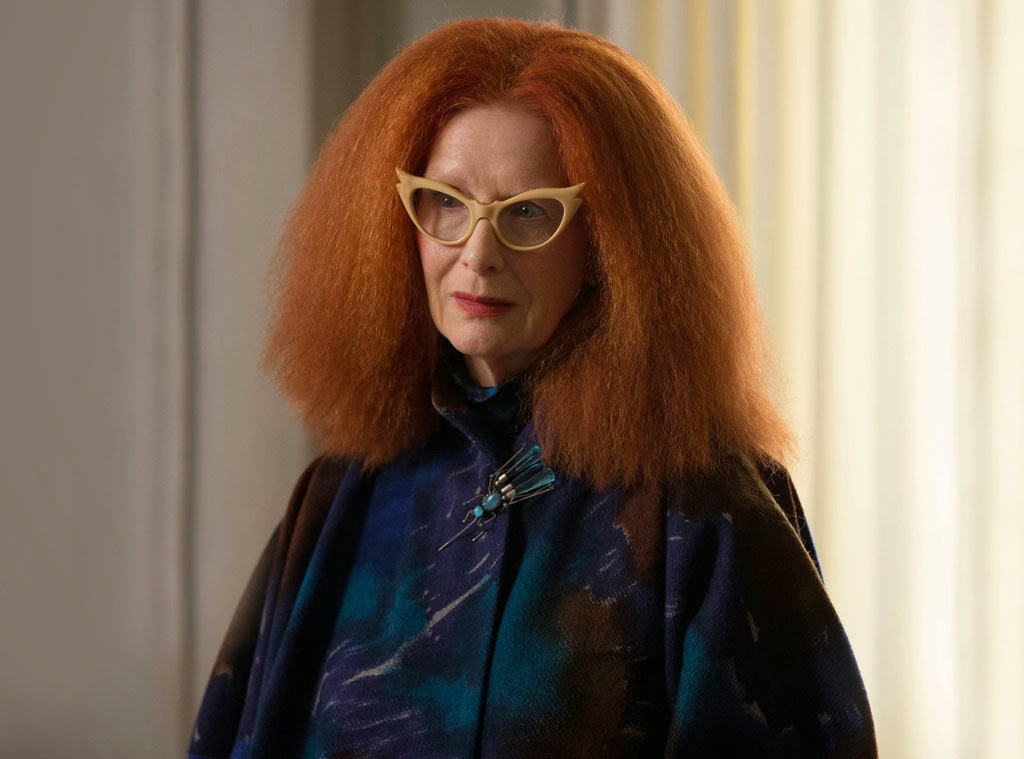 I don't know whether the eyeglasses that Myrtle wears in the show are vintage or new, but I lusted after every pair. 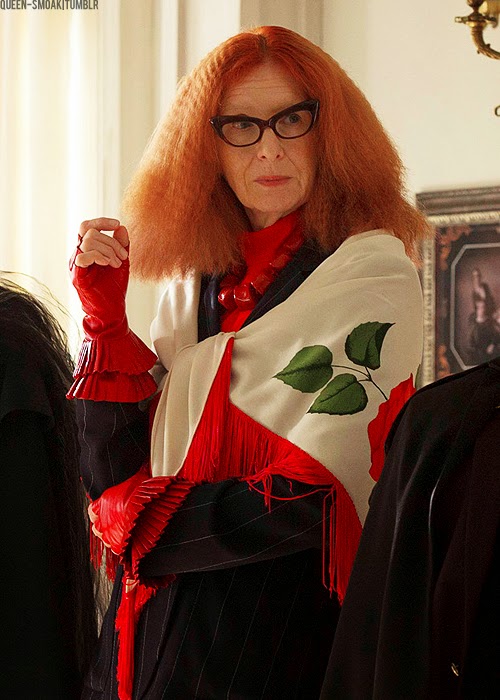 And, of course, there was her last word, before she was burned at the stake a SECOND time...

Rest in Peace, Myrtle Snow.  You were the MOST. AWESOME. WITCH. EVER.
Posted by Forest City Fashionista at 3:16 PM