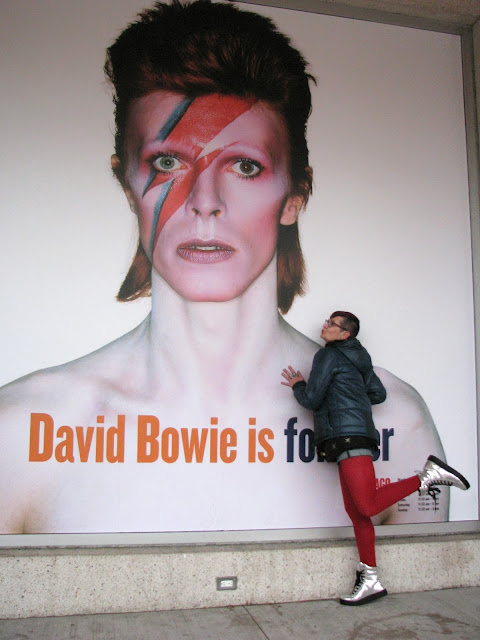 It was my birthday last weekend, and my gift to myself was a trip to Toronto to see the David Bowie Is exhibit at the Art Gallery of Ontario, and visit with a couple of friends.  I've never considered myself a die-hard David Bowie fan - when I was a teenager, he wasn't even on my musical radar.  However, over the last 20 years, I have grown to appreciate his wide-ranging talent, seemingly endless ability to re-invent himself, and his creative and flamboyant style.  I am the proud owner of a vinyl copy of Diamond Dogs, complete with gatefold sleeve (you have to be a certain age to know what that means).


The exhibit, which debuted at London's Victoria and Albert Museum last Spring, contains more than 300 items selected from David Bowie's personal archive, including photographs, lyric sheets, sketches, paintings, costumes, books, album covers, letters, even a mugshot from his 1976 arrest and the keys to his Berlin apartment.  The technology used in the exhibit is mind-bogglingly impressive.  Viewer wear headphones that are triggered by sensors in various parts of the exhibit that allow them to listen to music videos, concerts, and interviews.  One room of the exhibit is devoted to excerpts from his films, another to his music videos, and the last room in the exhibit is a high-ceiling-ed, multi-media temple featuring footage from various concerts.  One could easily spend several happy hours surrounded by Bowie's sound and vision (see what I did there).

Signs in the exhibit prohibited photography, so I discreetly defied the rules in order to bring you the photos below, so don't report me, ok? 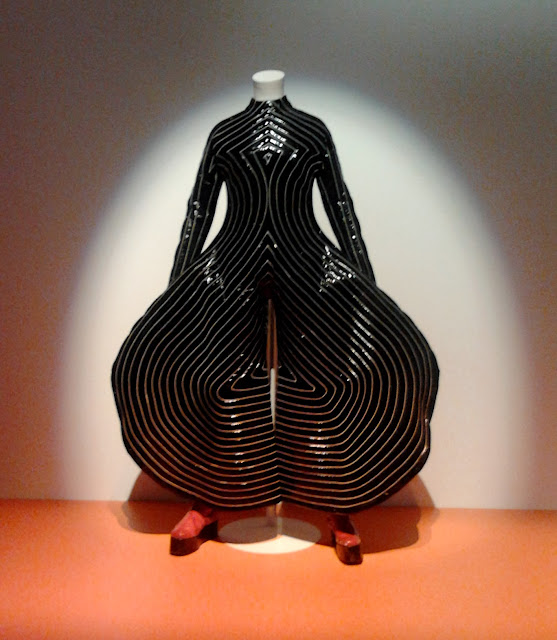 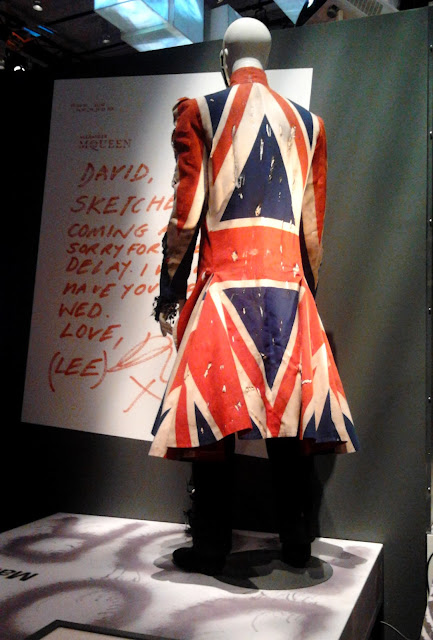 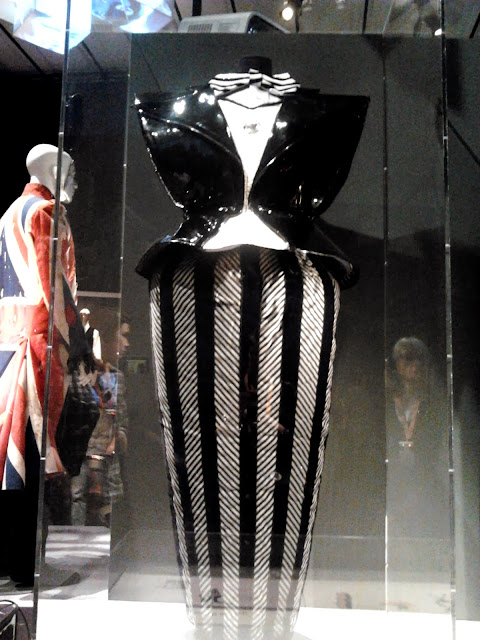 Costume worn during an appearance on Saturday Night Live in 1979 in which he performed "Man Who Sold the World".  The stiff, bowling pin-shaped costume restricted Bowie's movement so that he had to be carried on and off stage by his backup singers, Joey Arias and Klaus Nomi. 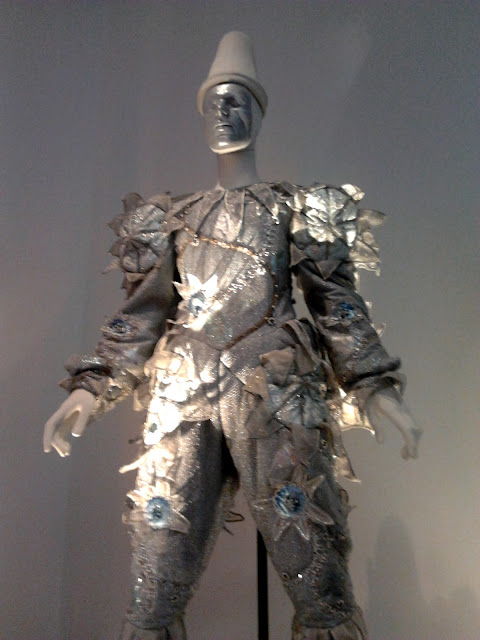 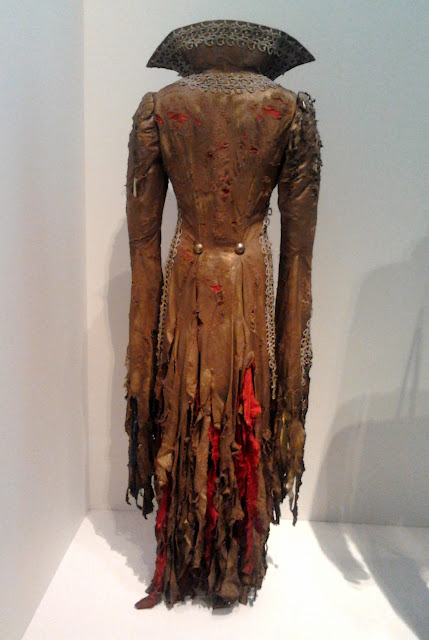 The exhibit is at the Art Gallery of Ontario until November 29th and is scheduled for further stops in Berlin, Sao Paulo, Paris, and Chicago.  See it if you can.
Posted by Forest City Fashionista at 9:47 PM