At one of the art exhibit openings I attended earlier this month, the concept of women becoming invisible once they turn 50 came up in a conversation I had with another woman who appeared to be in her late 50's.  This was not the first time I had this conversation - a couple of my friends who have passed 50 pointed this out to me as I was about to turn 50 myself.  In the most recent case, the statement was said with such certainty that I could only respond with "Says Who!?"  If invisibility was a super power that could be used whenever one wished, that was bestowed upon women as a 50th birthday gift, it would be something to celebrate.  However, this is not the case.  As I understand it, once a woman turns 50, she fades into the woodwork, so to speak, in regard to her visibility to the opposite sex.  You also vanish from the media, and all advertising campaigns, unless you happen to be Andie MacDowell, Michelle Pfieffer, Madonna, or Julianne Moore.   Oddly enough, it doesn't seem to affect her ability to be seen by other women. 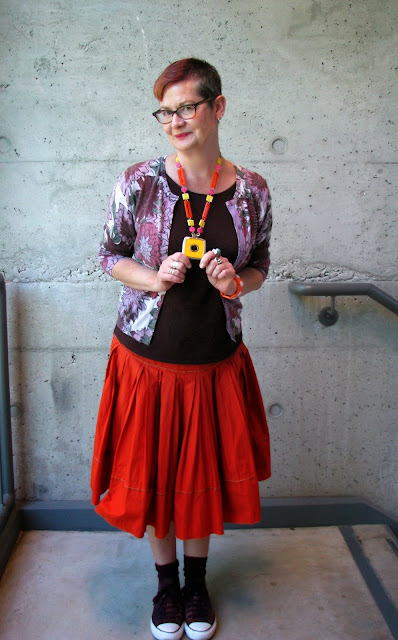 Can you see me?

From my experience, and those of my similar- age friends, 50 is a weird age to be as a single woman, You are considered too old to be date-able by men of almost every age except for those in their 70's and up.  Men your age want someone in their 30's, often to start a second family after divorcing the first wife ( I've met more than a few of those).  Younger men may think you're cool (I have been told this by a few of our 20-something male students), but often it's a cooler version of their mother.   Men in their 30's and 40's are often still pursuing women in their 20's.  It was suggested to me by a couple of male friends when I was creating a profile for an online dating site that I would do a lot better in terms of attracting potential suitors if I lied about my age.  Apparently, this is what most people do, but it would have never occurred to me.  The last three men I dated for any length of time were all younger than me, and didn't seem to have any problem with my age, but then, I wasn't 50, the age equivalent of the kiss of death with regard to dating. 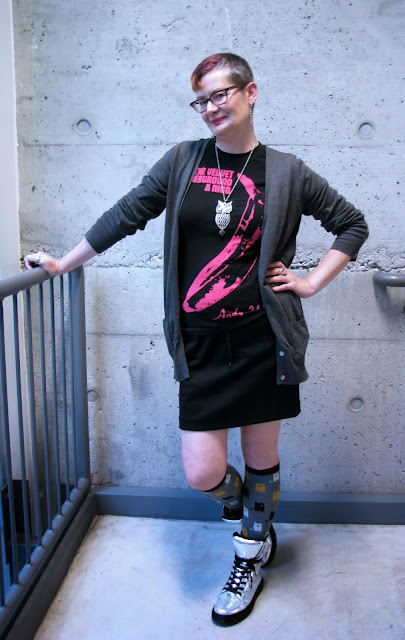 Fortunately, I don't spend a lot of time and energy dwelling on this idea of a "best before date".  I'm lucky enough to have an interesting, full life that keeps me inspired and entertained.  Sharing your life with someone you love, who loves you back,  is a blessing that should not be taken for granted, but not having a significant other does not mean that you can't enjoy your life.  It is also by no means a reflection on your ability to love and be loved, to which my friends (and Fred) can attest. 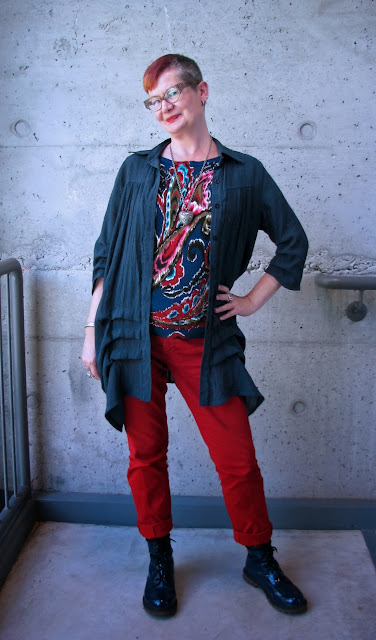 Yep, there I am again


I refuse to fade away, like a pattern on the wallpaper in your grandparent's house.  Single, or coupled, we should all strive to put our best, most visible self out into the world.  If we only get one go-round, then why not see, and be seen?  Let the world know you exist and perhaps your visibility will inspire someone else to feel better about themselves, and decide to be visible too.  No one ever inspired someone else by blending into the background.

A friend sent me the link to the video below, called Fabulous Fashionistas, a British documentary about 6 women, with an average age of 80, who are leading fulfilling, stylish, and very visible lives.  It is incredibly entertaining, and inspiring.