I had the pleasure of attending the opening of an exhibit of new work by Port Dover-based artist, Vicki Easton McClung at Strand Fine Art Services on October 4th.  I had previously met McClung at her exhibit in February 2012 (you can see my post about the show here) and had purchased one of her stuffed sculptures.  This exhibit was a two-parter, "A Coloured Balance"consisted of new paintings,  "constructed of colour, gesture, space and surprise" and "Tie One On", featuring refurbished men's ties.  McClung raided the closets of friends and family for unwanted ties, and then asked for volunteers to model her artfully embellished creations.  I was quite honoured to be asked to be a tie model. 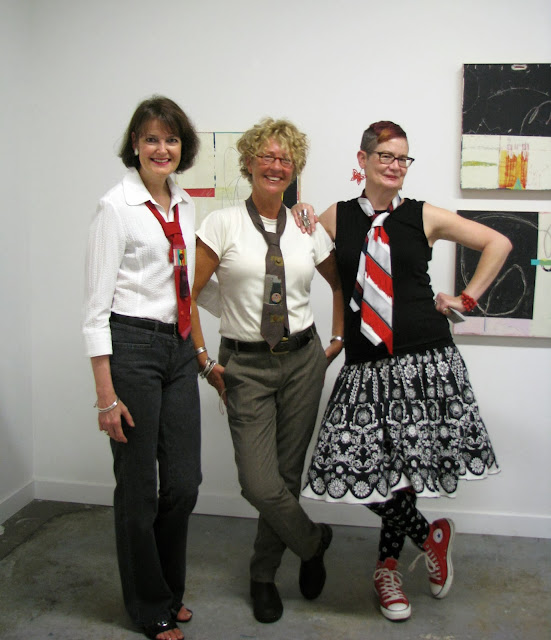 Three dames, tie-ing one on.
From left - Rosemary, a friend of the artist, Vicki Easton McClung, and me. in the fringed tie I had selected to model.  My red converse received lots of attention at the opening, where apparently many people had not seen red leather converse, especially not worn by a 50-something woman. 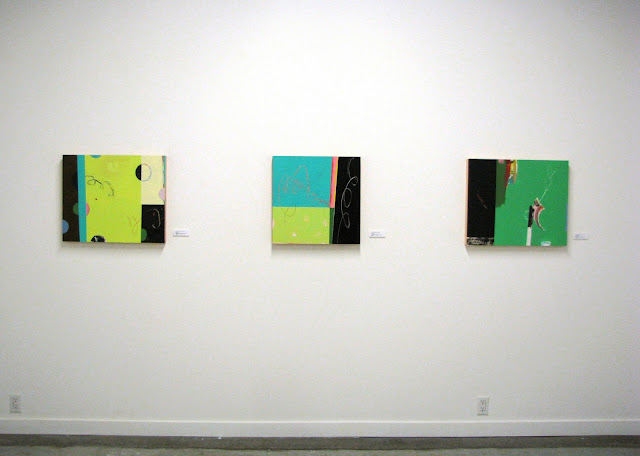 McClung's paintings were very different from the ones I had seen previously, and when asked about this, she said she never does the same thing twice and is always trying something different.  As stated in the title of the show, they really were experiments in colour, space and gesture.   McClung's sister and I had an animated discussion about the paintings and while attempting to play art critic,  we thought they would be more effective if they were significantly larger. When we presented this opinion to McClung, (you know you're comfortable with someone when you start making suggestions as to how you think they can improve their art), she said, "I can't do larger". 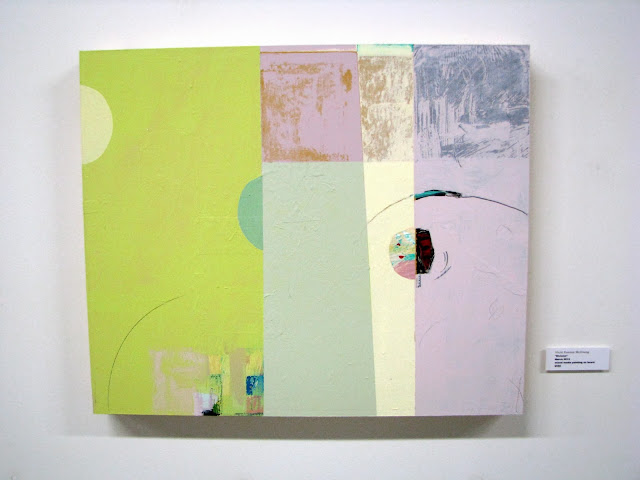 The colours in the paintings were very soothing, including pastel pink, lavender, and various shades of green.  The one above was titled "Division". 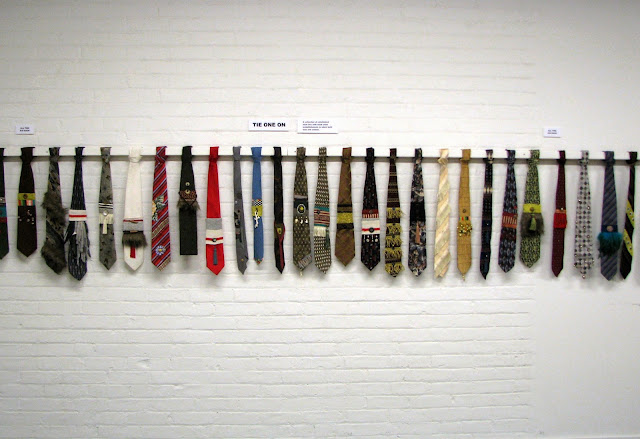 The wall of re-furbished ties provided the entertainment for the evening, as people admired, purchased and modelled their favourites.  The ties had been made into conversation pieces with the addition of fringe, sequins, tassels, fur, bells, and even cuffs from some good old Canadian work-socks. 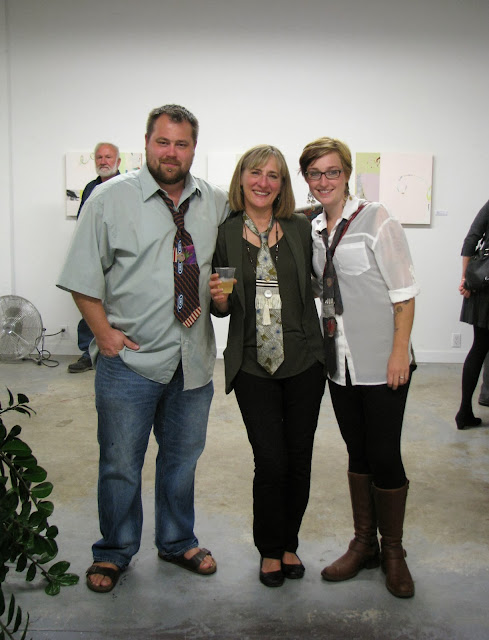 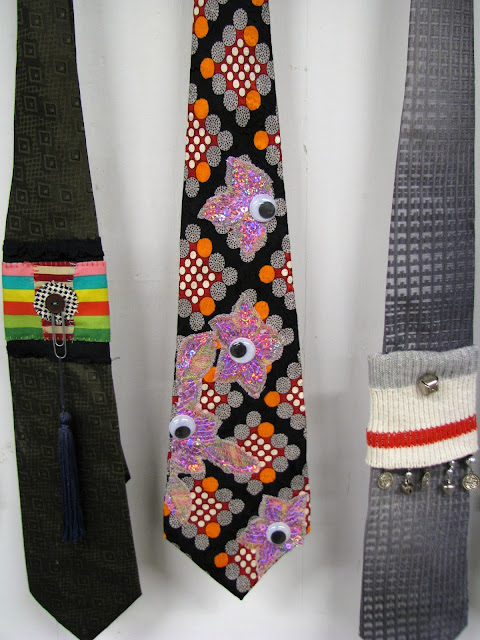 The tie embellished with sequins and googly eyes in the centre was my second choice when asked to select one to model. 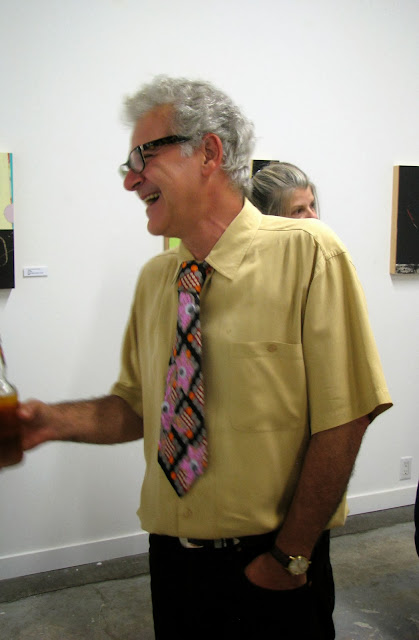 It ended up being purchased by this man, and it suited him perfectly 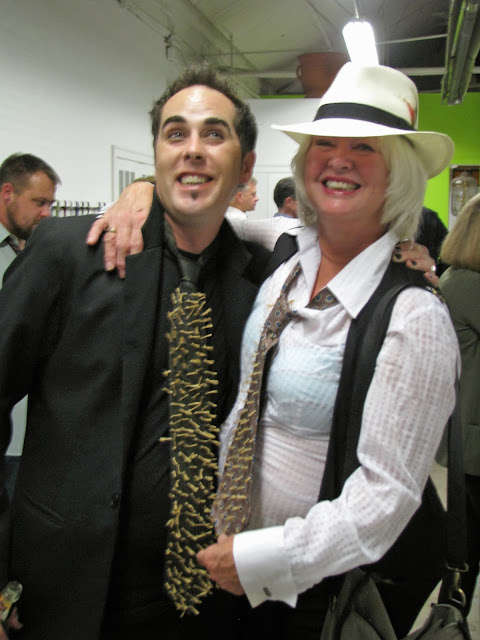 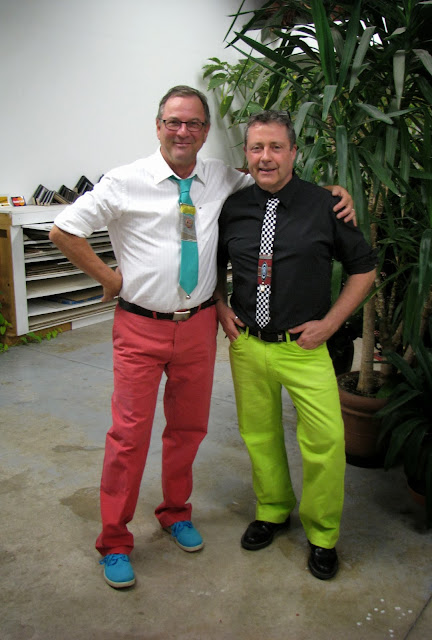 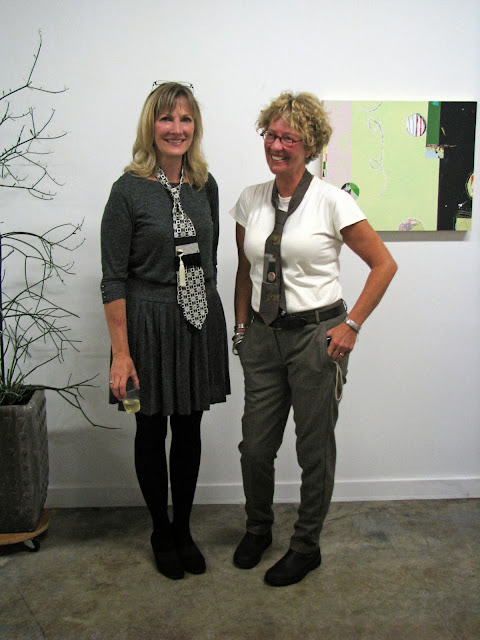 McClung and her sister (who joined me in playing art critic) 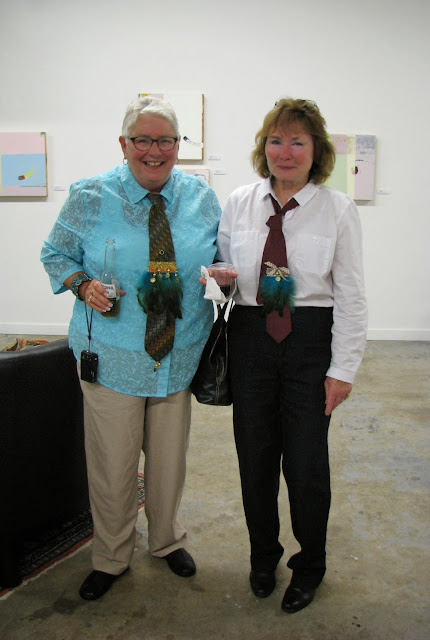 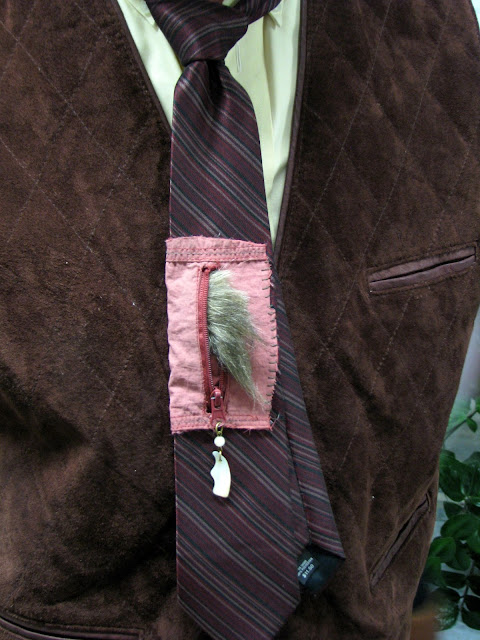 Ties with fur....
There were a number of ties that had zippers that when unzipped, revealed some strategically placed tufts of fur or feathers,  reflecting McClung's wicked sense of humour, and echoing the anatomically correct details on her stuffed figures from her previous show 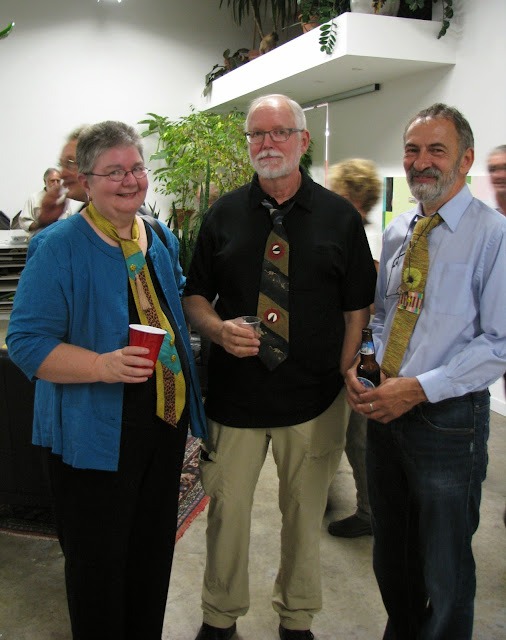 I had an interesting discussion with these three about street photographer Vivian Maier.  I was also rather enamoured with the turquoise, gold and leopard print tie she was wearing. 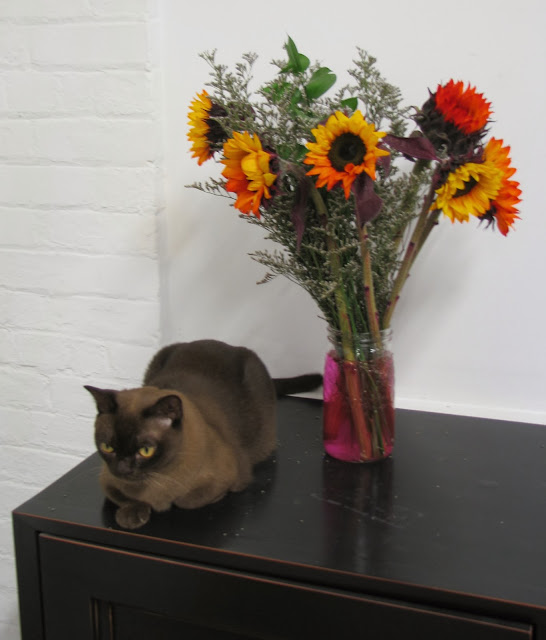 Gratuitous kitty photo!   Bill and Andrew's cats live at the gallery but are restricted to the upstairs during opening events.  After the guests had departed, they were allowed downstairs and this one was particularly intrigued by the flowers a guest had brought.

McClung's exhibit continues at Strand Fine Art Services until October 26th.  The ties can be purchased for $35 each.
Posted by Forest City Fashionista at 3:51 PM