The First Love is the One You Don't Forget

*This post contains NO outfit photos and a lot of text.  You've been warned*

I love movies.  I love watching movies. I love watching movies about movies.  I love reading about movies. Turner Classic Movie Channel is my drug of choice, and as I write this, Alfred Hitchock's masterpiece, Vertigo, plays in the background.  Movies are my chosen means of distraction, comfort, and inspiration.  As a child I spent many a night after my parents were in bed sitting on the floor in our darkened living room, eyes glued to the flickering screen of our black and white television.  As a young woman living alone in a new city, movies kept me company. When my marriage ended, I rented movies every night and kept a list of every movie I watched for a year.

My early film-watching experience was restricted to whatever was shown on the 6 channels we got on our black and white television.  The Wonderful World of Disney was required Sunday viewing at my house as I sobbed my way through such classics as Old Yeller and my personal favourite, The Three Lives of Thomasina (a magic-realism tale about a beloved cat that returns from the dead). 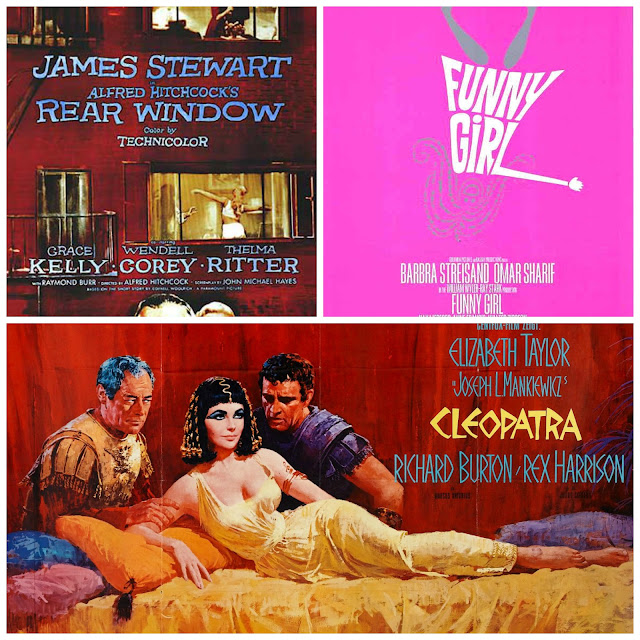 Saturday afternoons were spent watching Westerns with my Dad, and evenings were devoted to variety shows followed by musicals, Hitchcock mysteries, and Elizabeth Taylor films.   I devoured movie magazines and wrote to my favourite film stars, often including drawings I had made of them with the letters.  I'm sure this all contributed to my lack of friends my own age, most of whom had no idea who Gene Kelly, Katherine Hepburn and Gregory Peck were.

In high school, my movie horizons broadened as friends with driver's licences took me to see Saturday Night Fever, Grease, and Smokey and the Bandit.  When I moved away from home to attend University, in addition to providing the opportunity to study film as an academic subject,  my new city of residence had a repertory theatre that showed three different films every night.  The New Yorker Repertory Cinema is where I discovered the cerebral delight of My Dinner With Andre, the subversive thrill of Last Tango in Paris, the charm of Audrey Hepburn in Sabrina, the ritual comfort of White Christmas and epics like Ben Hur and Lawrence of Arabia.

So, given my love for the movies, you would think that the Toronto International Film Festival (TIFF) would be on my yearly to-do list.  TIFF is a publicly attended, world-renowned film festival that has taken place in Toronto every year in September for the past 37 years.  For 11 days, film fans are treated to the opportunity to see over 300 films from all over the world, interviews with stars and directors, celebrity sightings, and red carpet premieres. 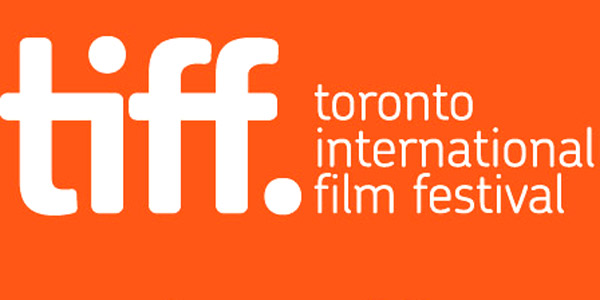 Until this year, I have never experienced the film fans' heaven that is TIFF.  This is partly because of the timing - when you work at a university, taking time off work in early September to go see movies is pretty much a pipe dream.  In addition to time, attendance requires money, as tickets to screenings go for $20 and up.  This year I decided that I would take a day off work and see at least two films - any two films.  I spent a couple of hours with the schedule, cross-referencing film screening times with venue locations and ranking titles in order of preference.  Planning the invasion of Normandy probably took less time.  Then I waited for single tickets to go on sale on September 1st, when I waited not-so-patiently in the "Virtual Waiting Room" on the TIFF website for 5 hours before I was able to get tickets.   Success!

Friday the 13th I headed to Toronto on the Greyhound to take in two films, and meet up with a friend for some quality socializing.

Film #1 - Gerontophilia,  directed by Canadian filmmaker Bruce LaBruce, known for his sexually explicit films, is an unexpectedly sweet tale of the romance that develops between a young attendant and an octogenarian resident of a nursing home.  LaBruce makes the relationship that develops believable, tender, and also keeps a campy thread running through the film that also makes it very entertaining.  The audience was a mixed bag of gay and straight, male and female, young and old. 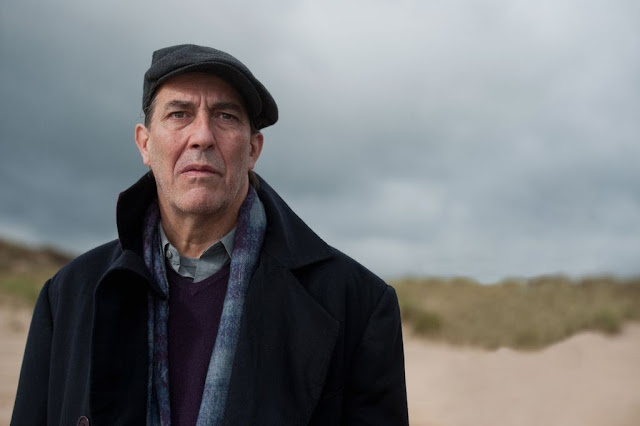 Film #2 - The Sea, adapted for the screen by John Banville from his Man Booker Prize-winning novel, is a moving story of Max, an emotionally broken man (played by Ciaran Hinds shown in the photo above) looking for peace of mind after his wife dies of cancer.  He goes to spend time in a house by the sea run by an unnamed housekeeper, played by Charlotte Rampling, elegant in a series of gorgeous asian-inspired jackets. The house's former residents figured prominently in Max's childhood, and we relive his former summer there through the golden glow of his memory.

I thoroughly enjoyed both films, as well as the experience of being in a theatre full of people who were there to see the film, not because they were bored, or it was a Saturday night.  There was no talking during the film or checking their phones.  When the lights came up, people discussed the film with their neighbours, as well as films they had seen, or were going to see.  While I can enjoy a summer special-effects filled blockbuster, it was an absolute treat to see two thought-provoking films focussing on adult themes like unconventional love, the guilt and grief that one experiences after the death of a spouse, and the fear of being alone as one ages.

This was my first TIFF experience and I hope it won't be my last.  Long live the magic of movies.
Posted by Forest City Fashionista at 9:33 PM