Surrender (To) The Pink*

*Isn't it cool how the addition of one little preposition can change the whole meaning of a phrase?

As I had mentioned in this post, I have been gradually allowing the colour pink to creep into my wardrobe, even though it was always a colour I believed other women wore, but not me.  It was just tooooo girly, and had too many fairy tale associations. 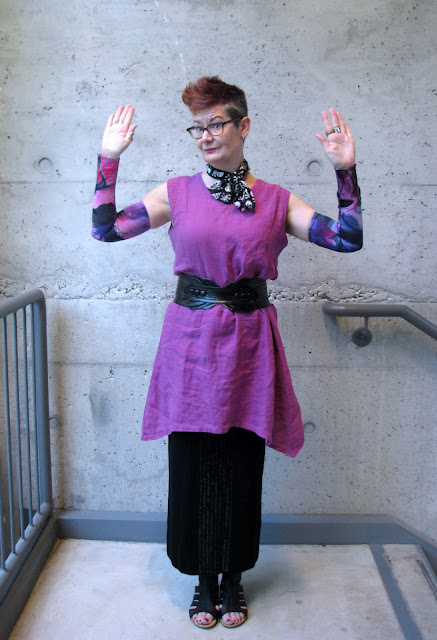 Mind you, this is the same fuschia tunic that I wore in the previous pink-themed photo, but this time I wore it over a long knit dress, with a different accessories. 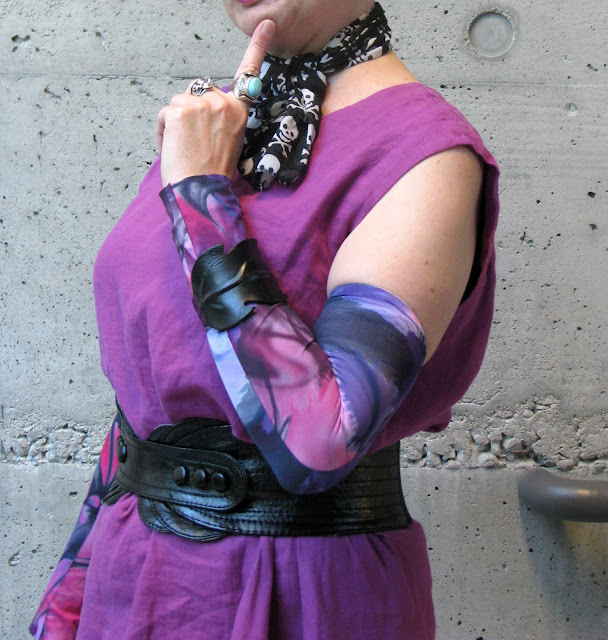 
I had been contacted by the same advertising agency that asked me back in the Spring to style some reading glasses for their client, Readers.com, (see that post here) to see if I would like to style some sunglasses from another client, SunglassWarehouse.com.  Always up for an outfit challenge, I said yes, and chose a couple of pairs of sunglasses from the huge selection available.  I got an email from the agency yesterday to say that the post with my outfit, and those styled by other bloggers, was up on the SunglassWarehouse website.  Here is the link to the post. 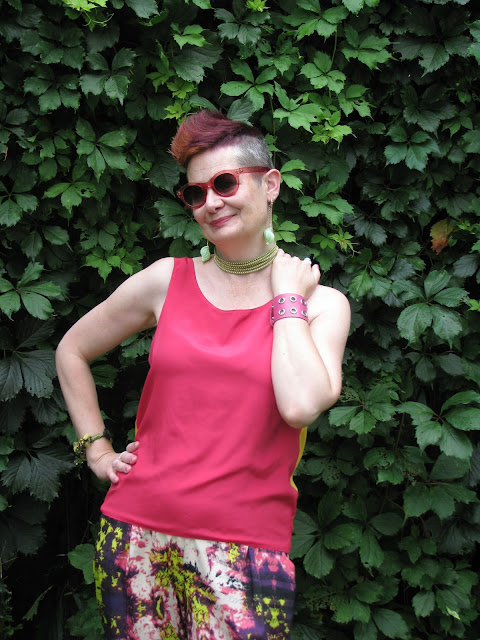 I chose the extreme cat eye, which I'm wearing in the photo on the SunglassWarehouse site, and the pink round retro ones, in the photo above.   The shade of pink was different than what was shown on the site but it matched quite nicely with the pink side of the pink/purple/gold/black tank top (FOUR tops in one!) I had recently purchased from Jackpot Vintage.   Pink and lime green are one of my favourite colour combinations, so I added a party on the bottom with the funky pants from Madonna's Material Girl collection I found at The Bay in the spring marked down to $13.  I guess  I was the only person in London who thought these were awesome pants because they had one left in every size.  I have more than a few items in my closet that languished on the store racks for an entire season, unloved by the masses, until they were drastically marked down and taken home by me. 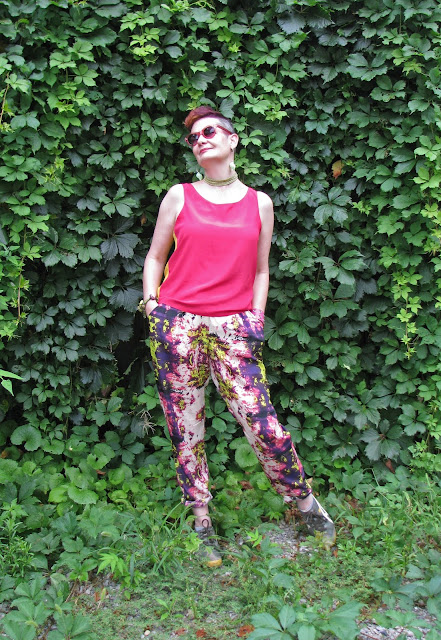 An outtake from the photo shoot for the SunglassWarehouse site in which I attempt to feign insouciance, which shall be the word of the day.
(photos by Heather)