I've been working on a post about the traditional Pow Wow and Native Harvest Festival that I attended last weekend and realizing that it's going to take longer than I expected (which seems to be the case with everything I do these days), I thought I'd do a shorter post with a couple of cool things from this weekend.  If photos of a dead tarantula or rat paws freak you out, you should just wait for my next post... 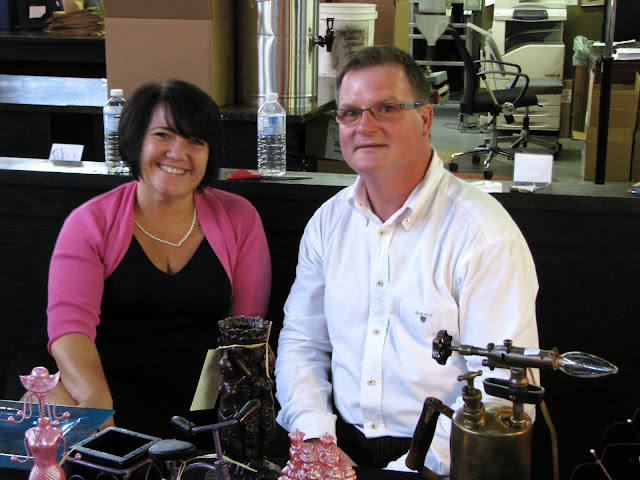 On my usual Saturday morning trip to the Western Fair Farmers' Market, after a yummy breakfast of crepes from the Kantina booth (Chicken Paprikash with Boccocini...mmmmmm), I met Brian Bain and his wife (who plays roller derby).  Brian has recently begun selling his quirky, Steampunk- inspired decorative items, jewellery, and furniture at the Market. 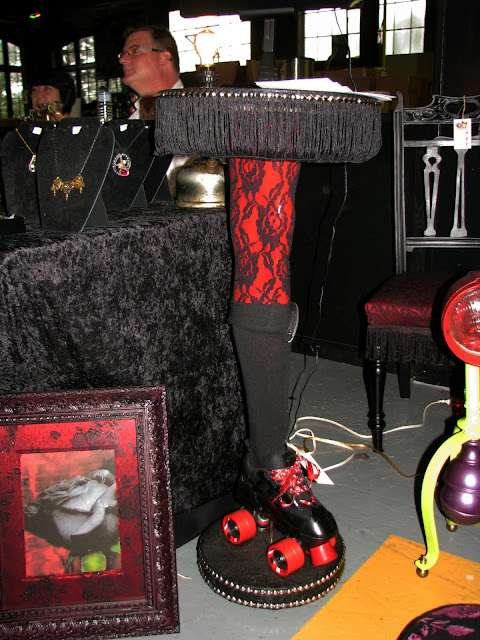 I had heard about his "Roller Derby Leg" table from Heather.  Of course, the first thing it reminds you of is the leg lamp from  "A Christmas Story", to which I assume it is an affectionate nod. 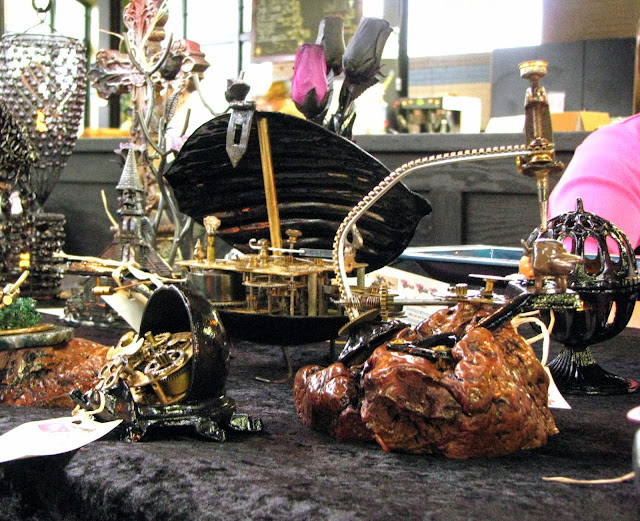 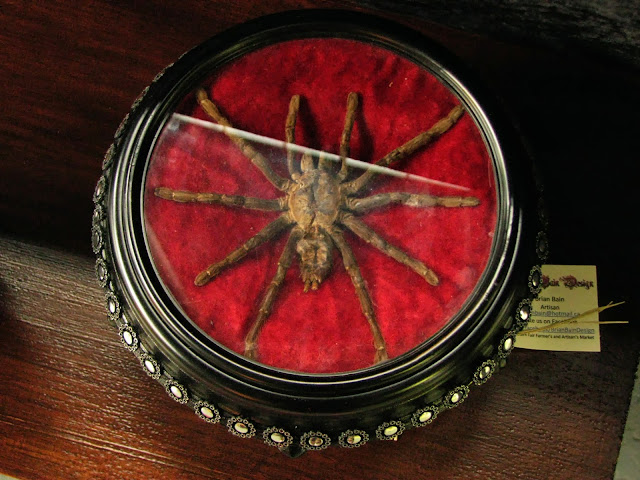 Bain had a tarantula as a pet when he was younger, and still has an attraction to the fuzzy eight-legged critters as evidenced by this piece he created. Tarantula under glass, anyone? 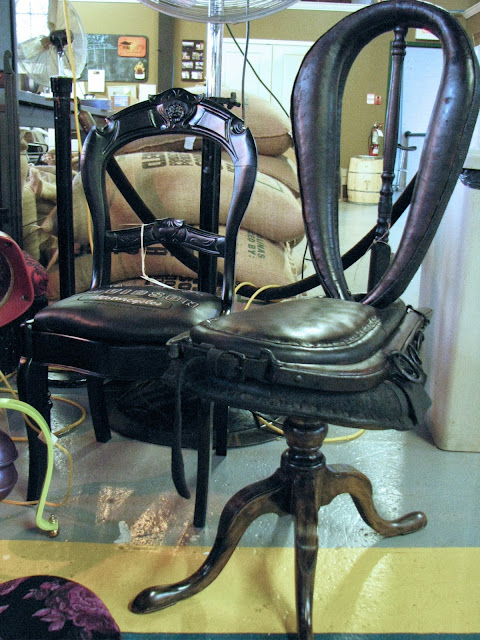 Bain re-purposed a couple of chairs and gave them a dark side - the one on the left is upholstered in black leather with the Harley Davidson logo on the seat, and the one on the right, with belts, metal rings ,and hollow back looks like it would be right at home in a fetish club (although Bain insisted that he had no such vision in mind when he made the chair).

Bain's booth can be found on the second floor of the Western Fair Farmers' Market (just around the corner from the Fire-Roasted coffee stand) on Saturdays, and you can see more of his designs on his facebook page 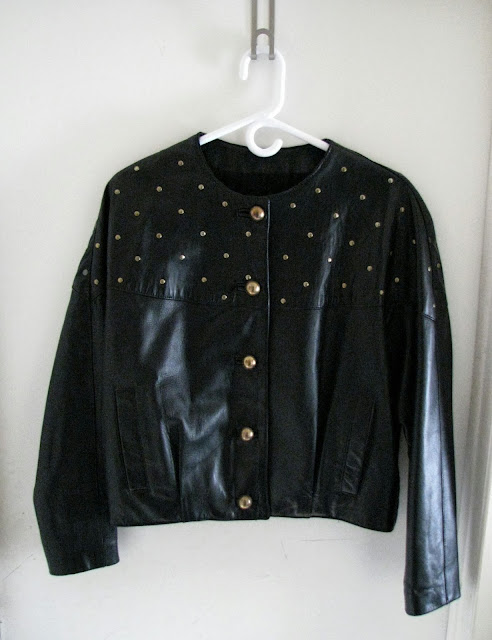 I hadn't paid a visit to Faye's Finds at the Market in a while, and as soon as I entered her booth, I saw this - a  90's (?), buttery soft, studded leather jacket from Danier leather.  It fit perfectly, and for $20, it was mine!

Gratuitous Rat Photo of the Day... 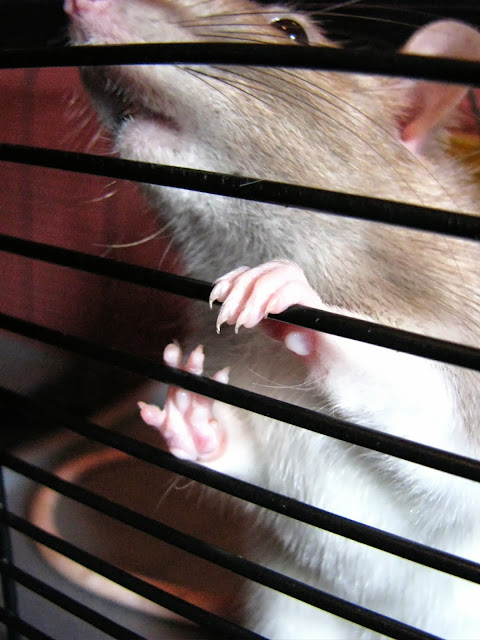 I am fascinated by Fred's little front paws, which are actually more like hands in the way she uses them - to hold her food (or my finger), climb things, and wash herself.   Looks like someone needs her claws trimmed - no wonder I've got so many scratches on my arms!