After seeing two films at TIFF, I met my friend Donna and we did a bit of looking/shopping along Queen Street West.  It was cloudy, and cold, as you can tell from our layers in the photo below.  We made stops at the Doc Marten Store and Kind Exchange, and then decided to check out some stores that neither of us had been in before. 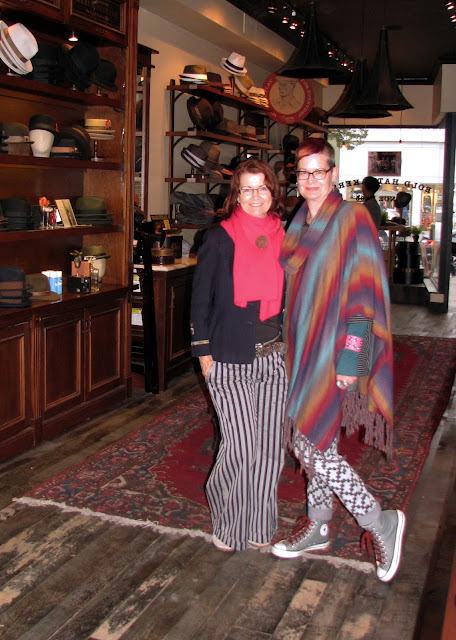 Donna had passed the Goorin Bros. Hat Shop on Queen West a few times but had never been inside.  Stepping through the front door felt like we had been transported 50 or 60 years into the past (in a good way, without the dust or musty smell).  Goorin Bros. was started in 1895 by Cassel Goorin, who used to sell his custom-made hats off his horse cart in Pittsburgh.  When Cassel's two sons took over the business in 1921, it became Goorin Bros.  In 1949, the company headquarters moved to California, and the company became known across America for their quality hats.  In 2006, Cassel Goorin's great-grandson took over the company and continued the legacy of creating stylish hats that reflect the wearer's personality.  The store was decorated with beautiful woodwork and subtly lit displays of hats for sale.  Even the hat boxes, which were black with gold lettering, were stylishly elegant. 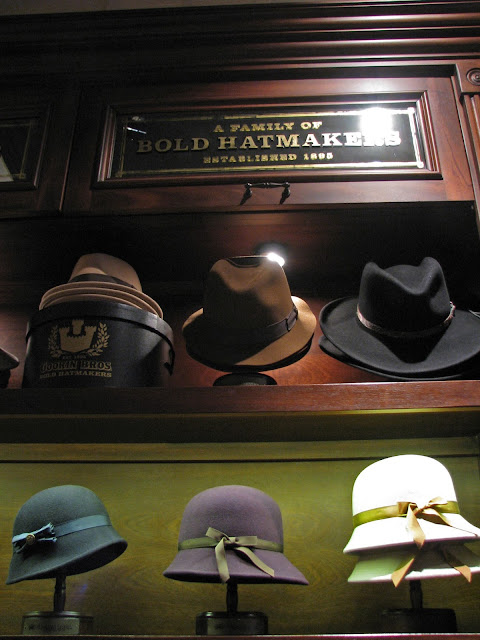 Some of the men's and women's hats for sale in the shop.   The selection for women feature classic shapes like the cloche, floppy and pillbox. 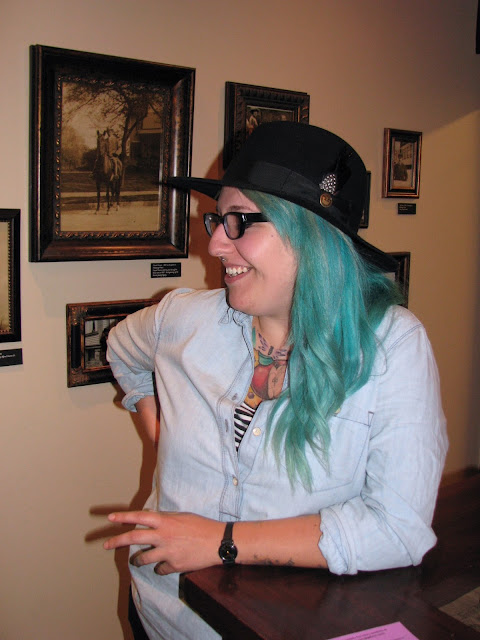 This young woman who was working in the shop seemed to find us as charming as we did her.   She was rocking a western/outback style fedora that looked perfectly modern paired with her turquoise hair.  Goorin Bros Hat Shop is located at 320 Queen Street West in Toronto. 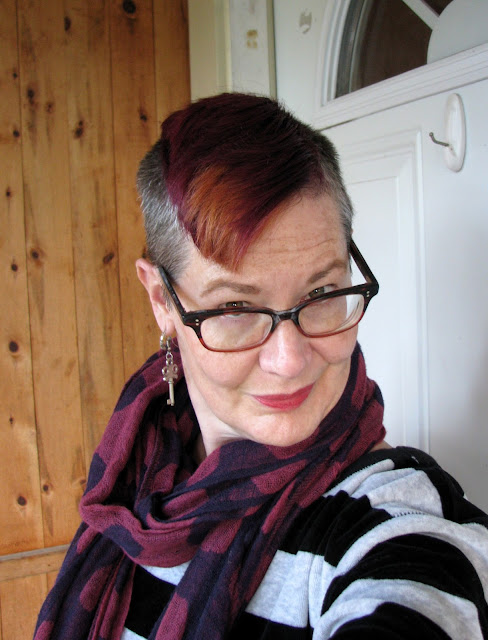 I had got a new haircut last week.  I haven't had bangs for years, so it will be interesting to see how I feel about having hair on my forehead, even if it's only a chunk.  I like it though, and it got good reviews from people I didn't know when I was in Toronto. 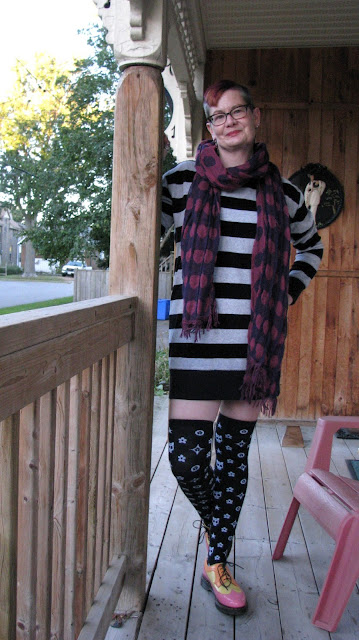 I found this cozy velour sweatshirt/dress at Kind Exchange and wore it to work this week, styled like this.  It's kind of short but I don't think I flashed anyone, at least not intentionally.
striped sweatshirt/dress - Kind Exchange
scarf - Frilly Lizard (retail)
B & W thigh-highs - London Rock Shop
tri-colour brogues - Doc Marten store 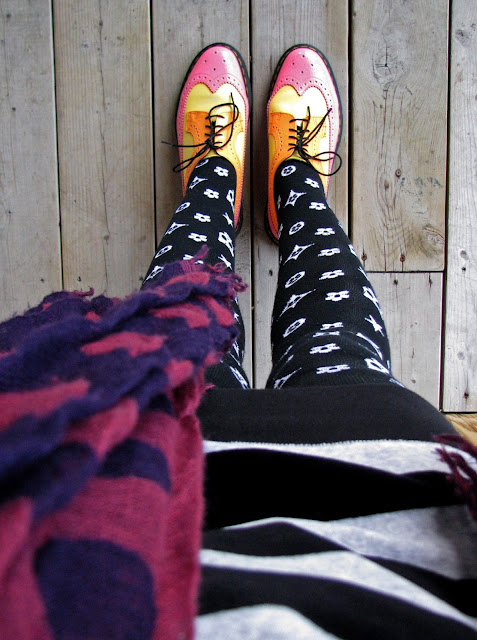