We are in the thick of Festival season here in London, Ontario.  It started with Sunfest, followed by Home County Music and Art Festival, and still to come are Ribfest this weekend and Festa Italiana at the end of August.   The weather has been a crap shoot;  both Sunfest and Home County got rained on over the course of the weekend.  However, I managed to check off one of the things on my "Must Do" list, which was to see the band, The Sadies, perform live.  So many people I know are big fans of this Canadian Band, and every time they have played here in London, I've missed them.   Not this time! 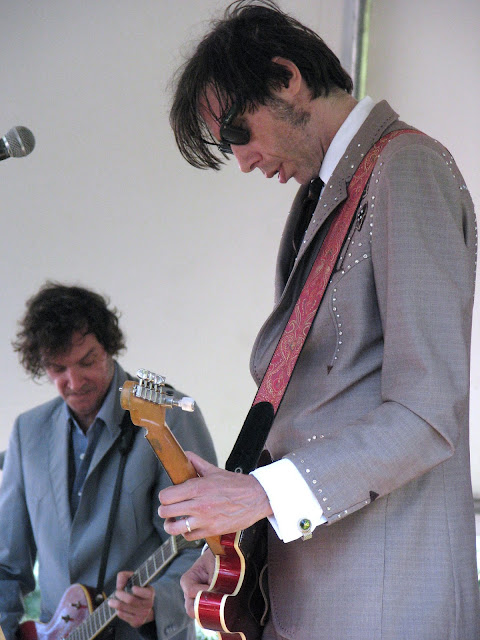 Brothers Travis (left) and Dallas Good are the band's frontmen. Both are demon guitar players, and Travis is also skilled on the violin. 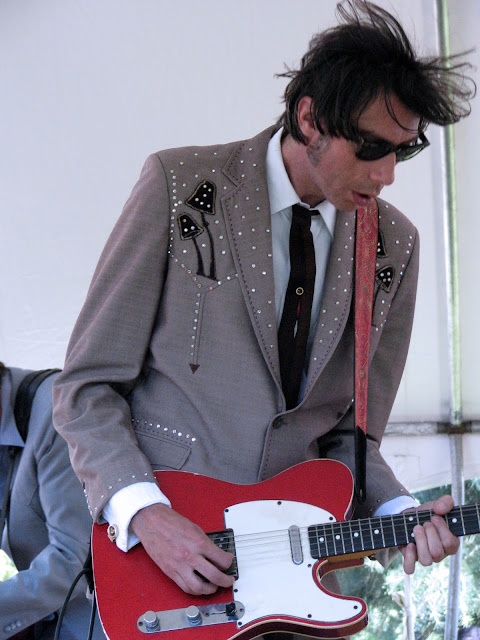 The band is also known for its unique sartorial style.  Dallas, in the photo above, rocks out in an ultra-cool grey suit with mushroom and rhinestone embellishments.  Dallas reminds me of Nick Cave, with his dark mop of hair, dark glasses, and solemn demeanor, and his voice has echoes of Johnny Cash. 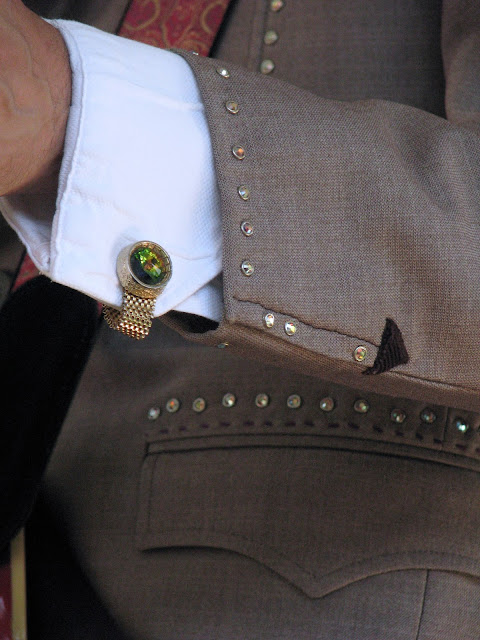 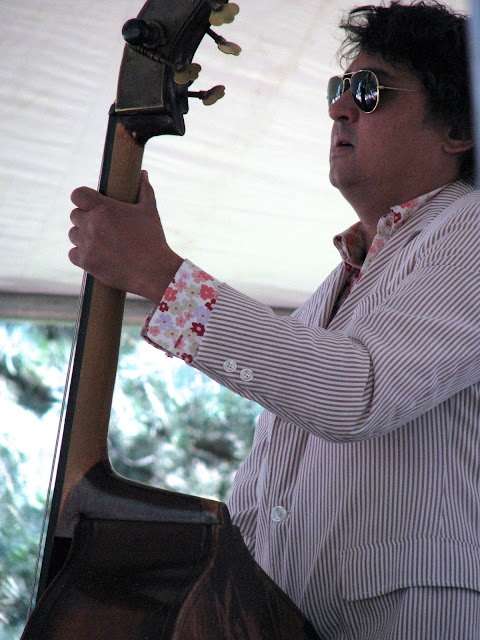 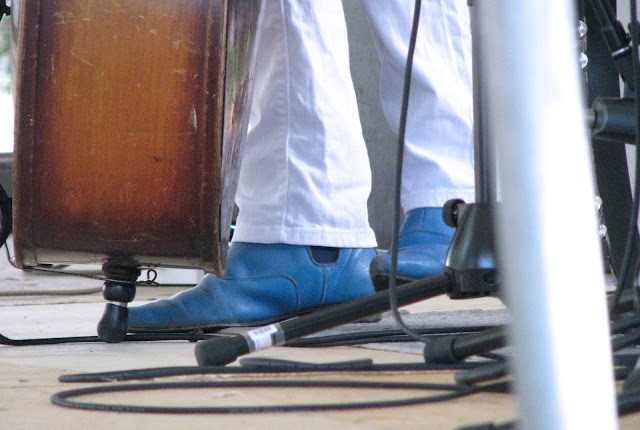 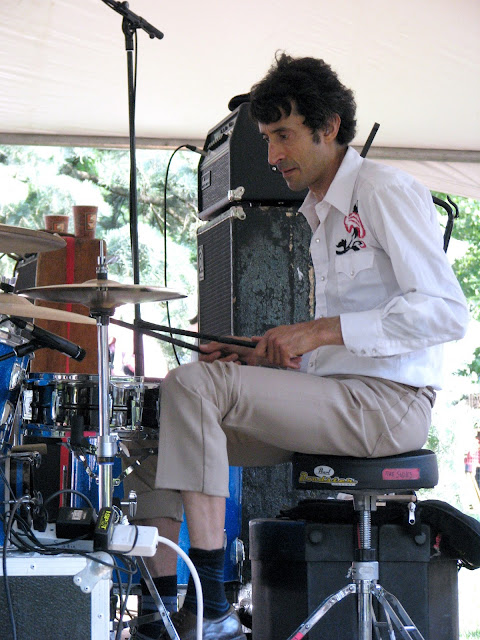 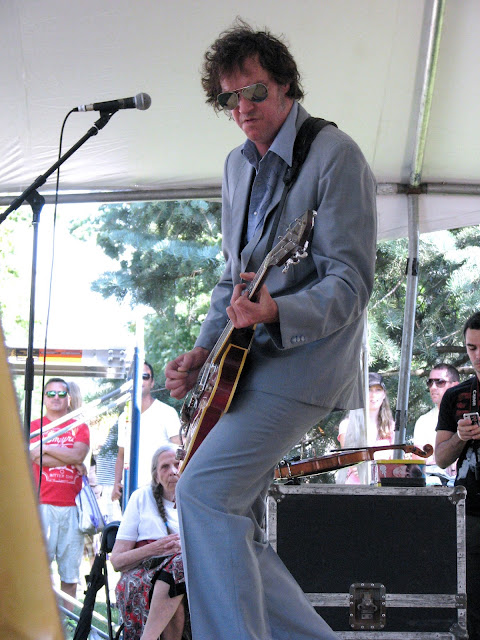 Travis Good, demonstrating killer guitar chops.  At one point in the show, the two brothers stand one in front of the other and one brother strummed the strings of his own guitar and fingered the chord changes on his brother's guitar.  They are great showmen, and the crowd loved them. 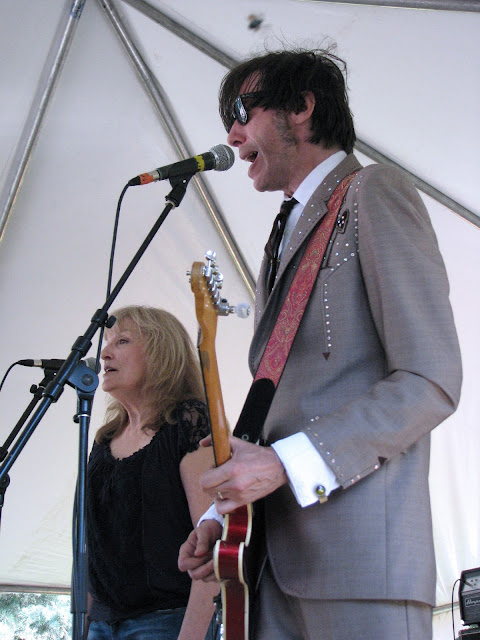 The brothers got their Mom up on stage to help out with vocals on one song.  Their father and two uncles are the Country Roots band, The Good Brothers, who were recently inducted into the Canadian Country Music Hall of Fame, and also playing at Home County.

In an interview for Mote Magazine in 1999, five years after The Sadies began playing together, Dallas Good is quoted as saying "I think we're at our best doing old-time music to make little kids dance with their grandparents, while the parents get drunk".  At their Home County show there were kids, their parents, and their grandparents dancing and singing along, and there aren't many bands that can claim that kind of fan base.

You can find videos of the Sadies here, as well as sample some of their most popular songs.
Posted by Forest City Fashionista at 8:31 PM