For those of you who don't know the story of the Travelling Yellow Skirt Freak Show,  last fall, Melanie, of Bag and a Beret, found a marvelous lemon yellow long full skirt at a thrift store, and after posting a photo of herself wearing it on her blog, she received a comment from a friend(?!) who noted that she "looked really ugly in those clothes".  Well, the challenge was on!  After some discussion in the blogosphere about personal style and the reaction one has to criticism like that and whether we should let it affect our ability to experiment and play with our clothes, it was suggested by Sarah Misfit that the skirt go on a journey and visit other bloggers to see what fun they could have with its retina-burning fabulousness.

The skirt had already made its way from Vancouver to Australia, New Zealand, Italy, California, when it finally arrived in Ontario, first to Amber of Butane Anvil, and then to me. 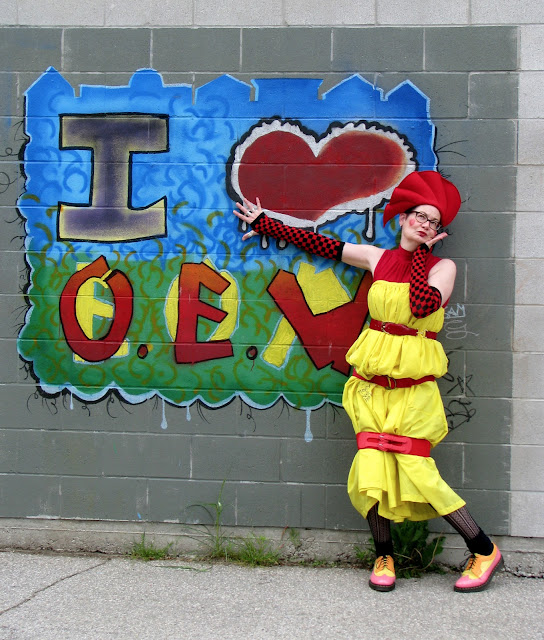 Most of the bloggers who have had the skirt have taken it out into nature -  the beach, a field, or the forest.  I was determined to urbanize it, and when I found this graffiti in my neighbourhood (O.E.V stands for Old East Village, which is what my neighbourhood is called) I knew I'd found the perfect backdrop. 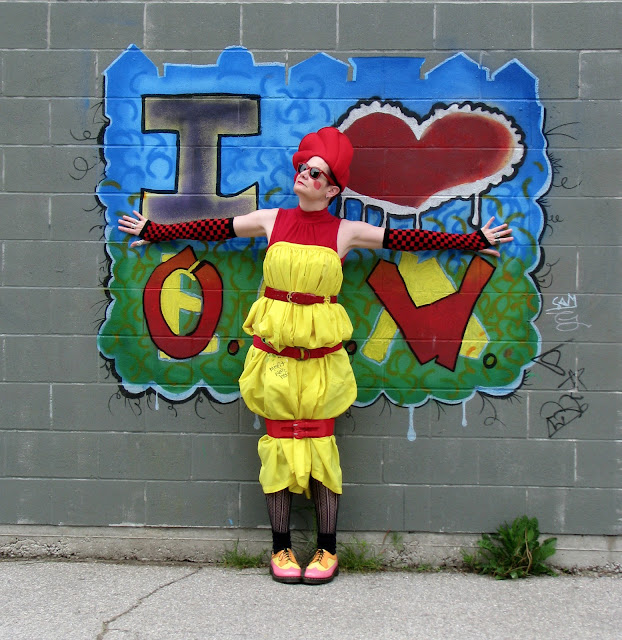 I saw the skirt as a cocoon, so a few strategically placed thrifted belts were employed to rein in its voluminous-ness 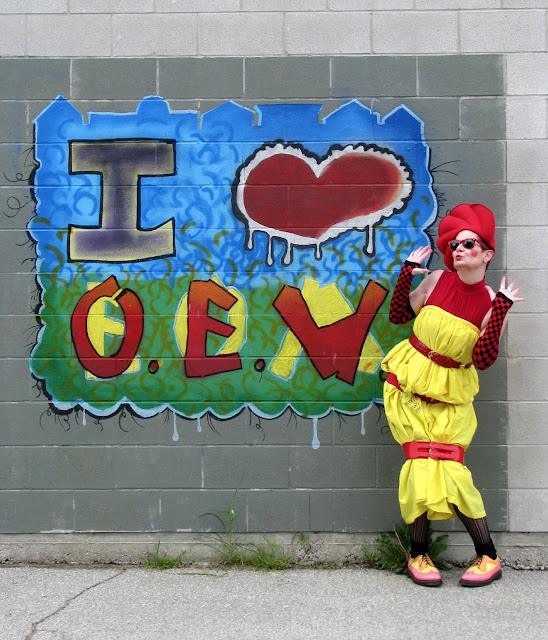 The skirt inspired some clowning around 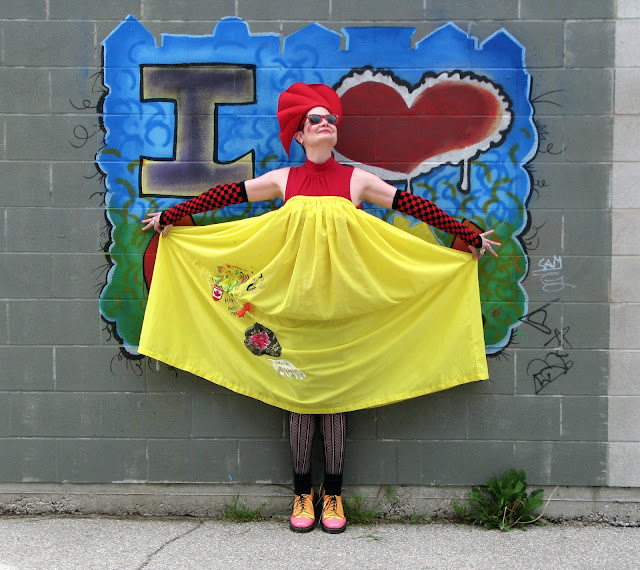 ...and then it was time for the metamorphosis.  Released from its restraints, the skirt spread out like the wings of a butterfly in the sunshine 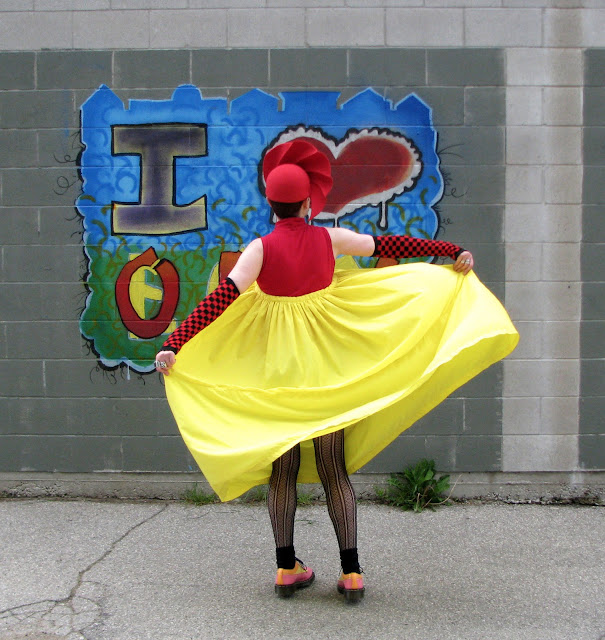 which lead to a twirl... 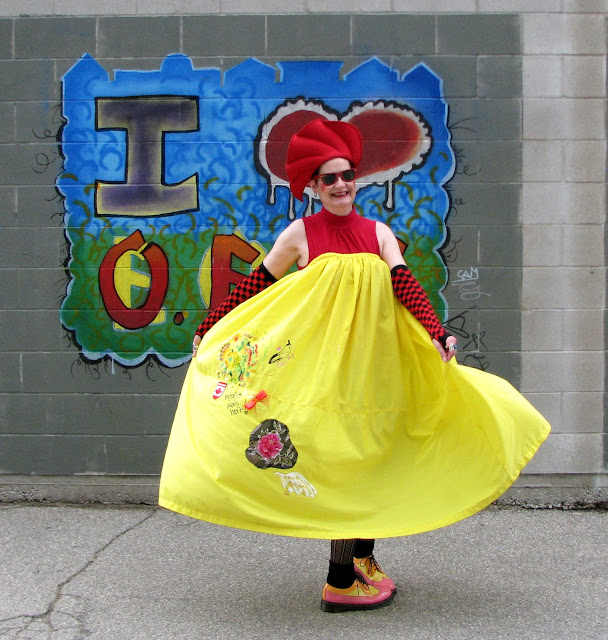 and one good twirl deserves another!


If we choose, we can add something to the yellow skirt before we send it off to the next blogger 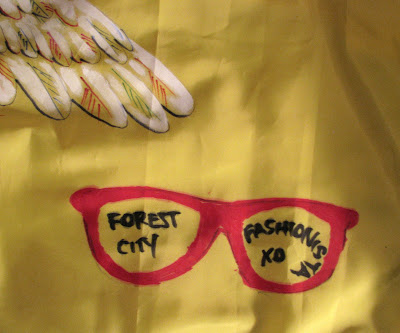 I drew a pair of red glasses, but of course didn't plan my letter spacing very well.

The Travelling Yellow Skirt will be hand-delivered to its next recipient, Megan of The Fashionable Bureaucrat, this weekend