Stuff to Keep Your Attention Until I Finish that Post about Toronto...

I have been trying to write a post about my weekend in Toronto for two weeks now, but life keeps interrupting and it has turned into somewhat of a sisyphean task (thanks to google for telling me how to spell that).  In the meantime, to keep you entertained (and following my blog) , I want to introduce you to three blogs that I have found that never fail to make me feel just a bit better, no matter how crappy the day.   I'm always the last one to the Internet party, so if you've already found these - good for you, and why didn't you tell me about them?

The first is The Bloggess, by Jenny Lawson.  I had mentioned in a post from December that I was reading her book "Let's Pretend This Never Happened", and I have since followed her blog for the hilarious craziness that is her, and her life.  How can you not love someone who has a collection of taxidermied mice wearing costumes, and a cat named Hunter S. Thomcat?  Her blog is also where I find the links to videos that I can't imagine I would ever have discovered otherwise.  Case in point:   Test your knowledge about sloths  The narrator's voice alone is enough to make you forget whatever you were pissed off about ten minutes ago.   Also, if I could dance like these guys, I would just travel the world and break into spontaneous dancing, EVERYWHERE!  I would also like to know if the guy with the ponytail is single, and how can I invite all of them to my next party? 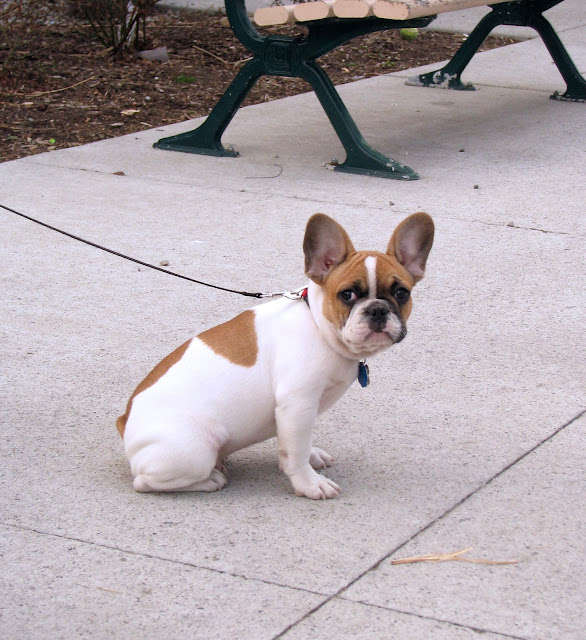 This is Gobi, the French bulldog puppy I met in Toronto after leaving the Vintage Show.  I'm assuming he will grow into those ears.  His coat was like velvet and he would make an awesome pillow but I'm guessing he wouldn't be up for that.

Next blog (or more precisely, a Tumblr) may be easier to relate to if you have had kids, which I don't but I still find it enormously entertaining.  Any parent in the world could have probably created Reasons My Son is Crying,  kudos to this guy for finding the time between raising his two boys to do it.  The internet is a happier place (not for his son, unfortunately).

Lastly, a blog I just found yesterday called Humans of New York.   Great photos, witty captions and it's about the people of New York City, so I fell in love immediately, and managed to lose about an hour scrolling through it.   Even if you're not as enamoured with the Big Apple as I am, you will still find a photo on there that will move you, I promise.  Trust me, have I steered you wrong before? 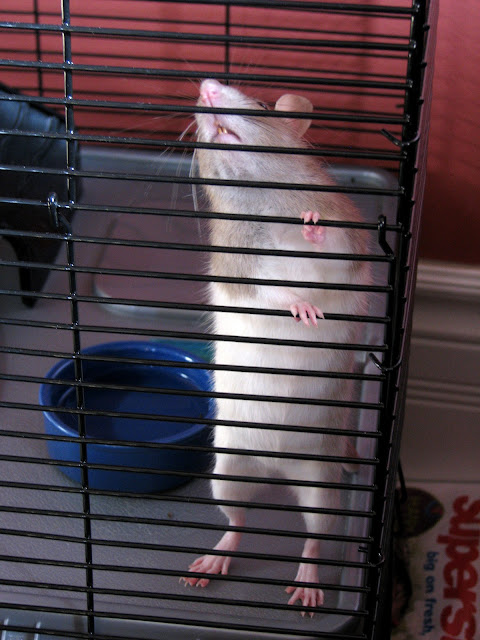 This is what I come home to every day - she's got weird feet and her teeth could use some Crest Whitening strips, but she's all mine

Hope you're having a good weekend - I've spent most of it at my computer
Posted by Forest City Fashionista at 12:57 PM