and what, or who, is in Denver, you ask?   Only this uber-elegant, inspired, and inspiring woman  who just happened to be celebrating her 70th (I know, WTF???) birthday this past weekend.

When I learned that Judith was planning a party to celebrate her birthday, and the recent re-decoration of her house, I deciding that it was an excellent opportunity for an adventure, and that it was.  Despite flight and border delays, I managed to arrive in Denver on Thursday evening in more or less one piece, and was picked up at the airport by Judith's friend Colleen, her daughter Grace and son Tristan, and their adorable dog Jack, who decided that my lap was the best place to sit for the drive.  It was the best airport pickup ever!

It was my first time in Denver, which is situated in a valley, surrounded by the Colorado Rockies.  I was able to catch a few glimpses of the mountains on the way from the airport to Judith's house, and they were rather breathtaking (apologies for lack of photos, as there was no place to stop the car).  Judith's house was located very close to Denver's City Park, which covers 330 acres, and is home to the Denver Zoo, two lakes, a boathouse, and the Denver Museum of Science and Nature.  Friday morning was warm and sunny - a perfect day for a bit of exploration before party preparations kicked in. 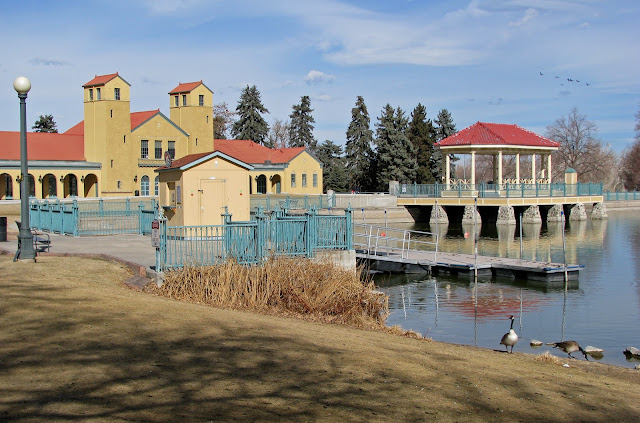 This photo shows the Spanish-style pavillion in the park, originally built in 1896, and re-built twice since that time.  Denver has had very little snow this winter which has resulted in a drought.  When I was walking through the park, firemen were hosing down the dried-out grass 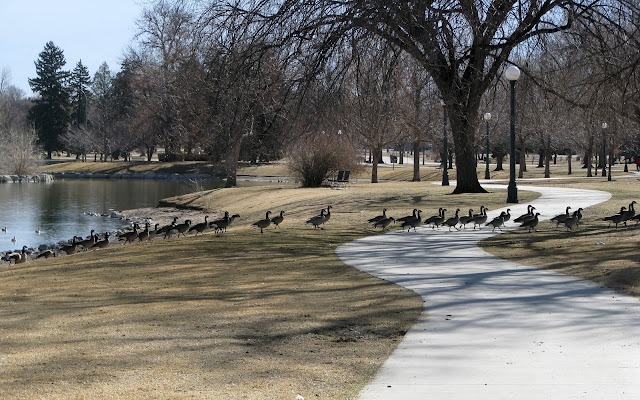 The park is home to a ridiculous number of Canada geese, who, according to the locals I chatted with, never leave, and consequently, the park is minefield of goose droppings.  For some reason, they decided it was time for a parade just as I was approaching. 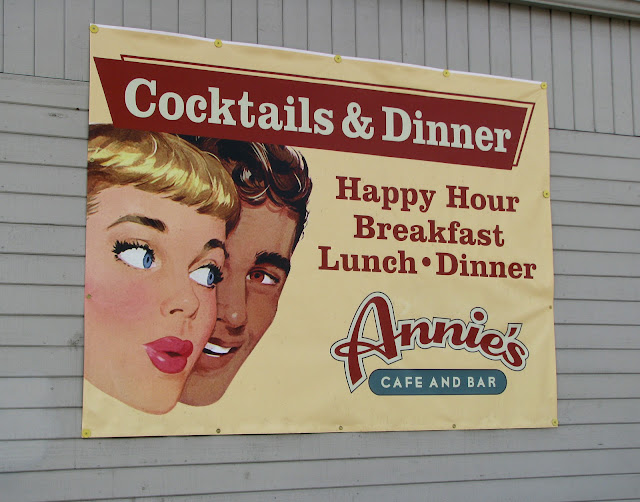 After a visit to the park, I headed over to Colfax Avenue, known for its live music venues, ethnic restaurants, and home to the famous Tattered Cover bookstore.  I found Annie's Cafe and Bar where I had the largest, and most delicious, breakfast burrito I had ever set eyes on.  I should have taken a photo, but I didn't want to be one of those people who are always taking photos of their food. 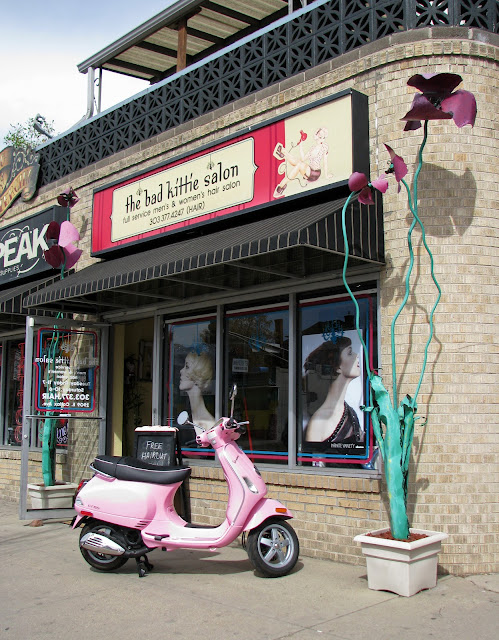 I really wanted to get my hair cut at the bad kittie salon, but I'd just had it cut before the trip .... and in case I happened to forget I was in the United States 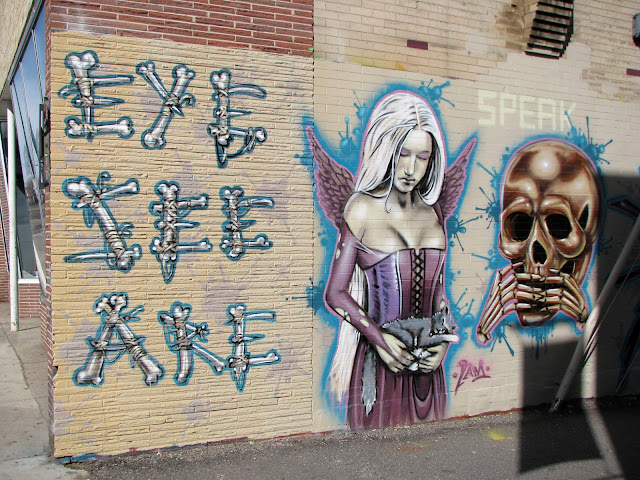 the work of some of Denver's talented graffiti artists 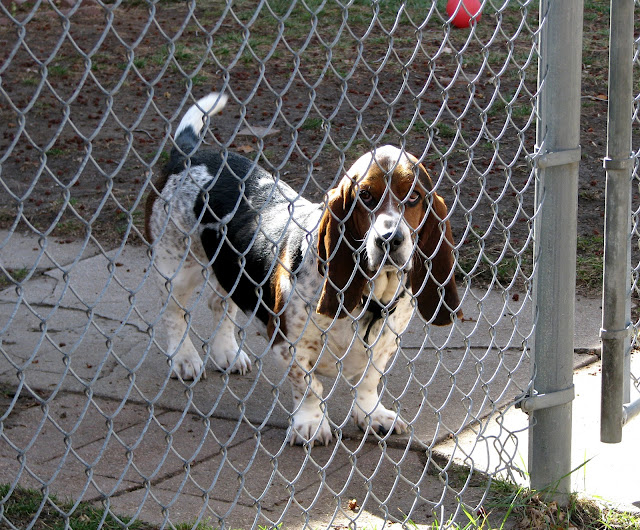 This sad-eyed, adorable hound lives next door to Judith, and spends his days alone in his owner's front yard begging for attention.  I wanted to scoop him, but there was no point in getting arrested or in a fight when I was only there for 2 days.  I did get many hand licks though. 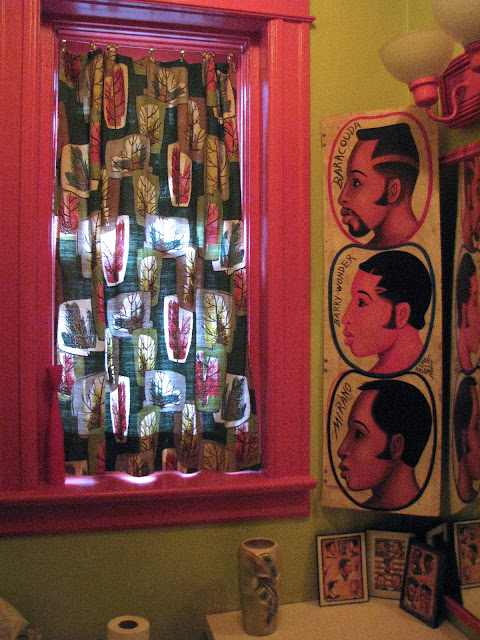 Once back at Judith's house, I had time for a little exploring before it was time to get to work.  Her house is warm, and elegant, like Judith herself, and filled with bold, colourful art.  One of my favourite rooms was her downstairs bathroom. 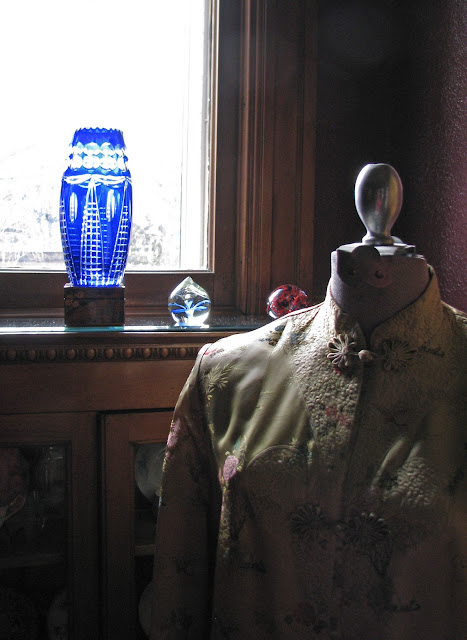 Judith has spent several months turning the home she once shared with her beloved husband Nelson into a place where she could feel comforted, and surrounded by objects that inspire and delight her.  Art is everywhere, as are pieces of her astonishing collection of vintage clothing and accessories. 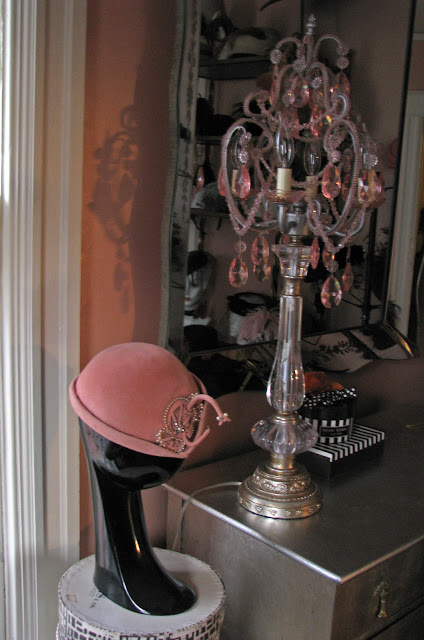 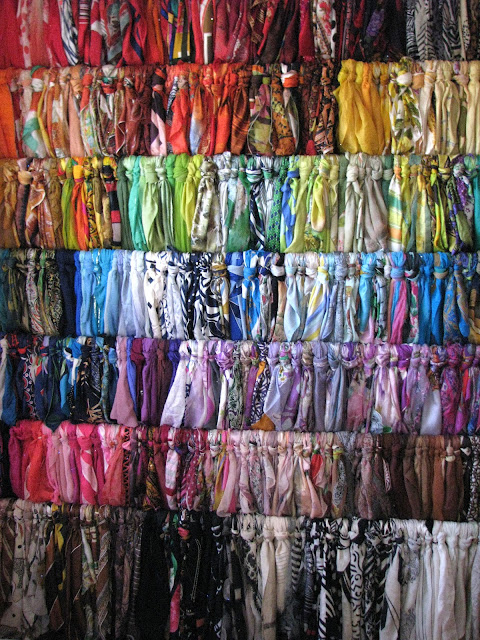 The guest room where I camped for two nights was beautifully decorated in warm colours, but the piece de resistance was the scarf wall, an installation designed by Judith and executed by two young women that Judith hired to help her with the organization of her home.  The scarves that Judith has been collecting her entire life were used to create a rich tapestry of multi-coloured silk that was a joy to wake up to in the morning.  Tiny blue lights placed amongst the scarves made the wall into a starry night sky when the room was dark.

Tomorrow... Part Two - The Party, and the answer to the question on everyone's mind "what did you wear?"  You can see the birthday girl's glamorous gown and hat on her blog here