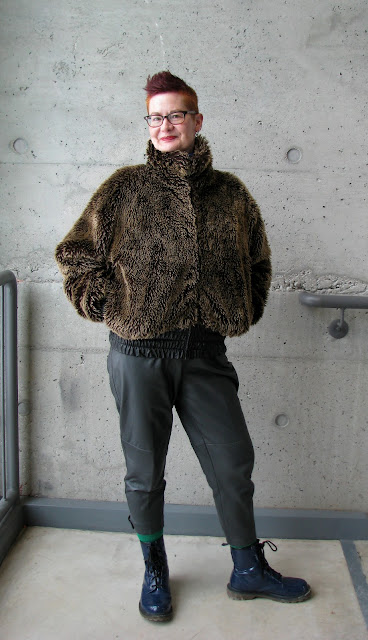 I took only one outfit photo this week - work is crazy stressful these days, and the day would be over before I realized that I hadn't got a photo.  I was glad I documented this one, primarily for the massively fuzzy bomber jacket I got at Lovesick with a gift certificate I had received for my birthday back in the fall.  A friend of mine said it looked like I had "skinned a muppet".  When I wore it on the bus last weekend, a couple of guys eyed me up and down, and proceeded to discuss my outfit as if I wasn't sitting right across the aisle from them.  The best comment was ".....and she's wearing that chinchilla coat".   While not an expert on chinchillas, I did win a trophy for giving a speech about them when I was in Grade 5, and know that this coat bears not the least resemblance to one.  Their comment has resulted in the coat being henceforth referred to as "The Chinchilla" 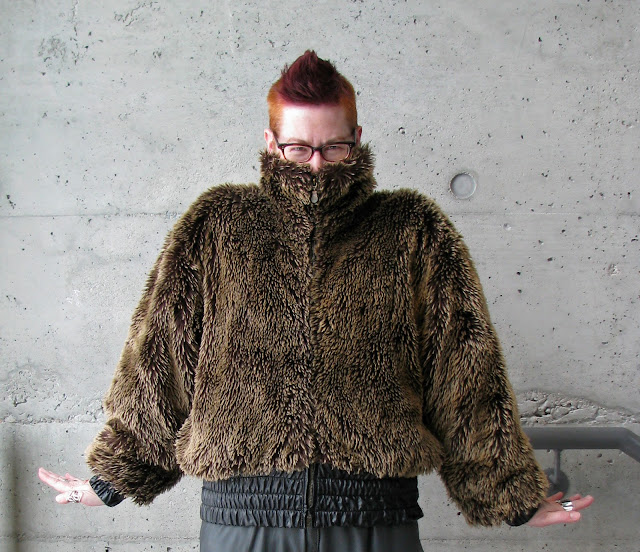 The coat is big enough that I can wear a heavy sweater underneath, and the high neck means I don't need to wear a scarf. 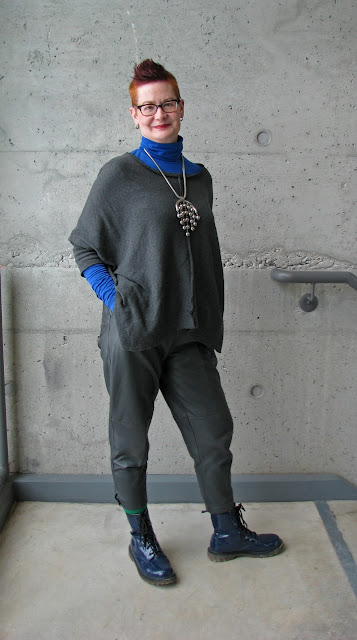 As for what was under the coat - lots of grey with some blue to brighten things up.  A friend picked up some turtleneck sweaters at Giant Tiger for me for $3 each.  They are cotton with a bit of lycra, and seem pretty substantial, and the sleeves are nice and long.  For $3, if they last the rest of the winter they were a bargain!

Hope you are having a good weekend, despite the shovelling!  I'm off to a clothing swap tomorrow with the hopes of getting rid of more than I bring home.
Posted by Forest City Fashionista at 11:53 PM