Last night, Londoners were offered the opportunity to see "a tribute to Dr. Seuss' naughty side" when DeMure Productions brought the third annual "London Britches Falling Down" Burlesque show to Call the Office.  The show featured performances by such lovelies as Mz Kitty DeMure, Red Herring, Tahitia Belle Fille, Miss Helvetica Bold, and Bianca Boom Boom, with comic relief from the Mansfield Brothers, and performances by local rockabilly/swing band, The Hi-Tones. 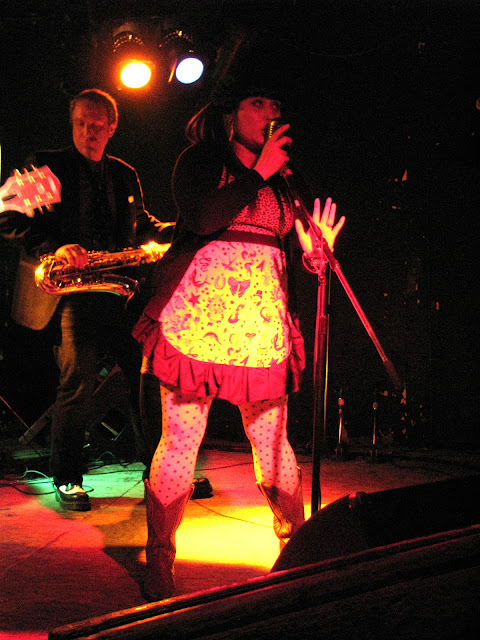 It had been quite a while since I had seen the Hi-Tones play, and they have acquired singer Dana Hartman, who brought some sassy stage presence to the mix.  She did a stellar job with Wanda Jackson's song "Fujiama  Mama" 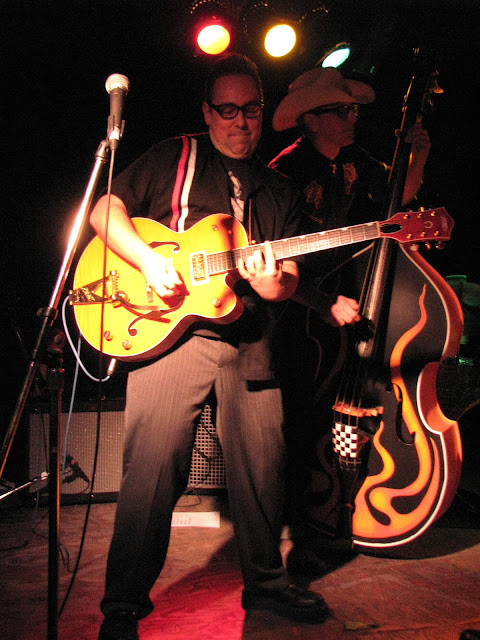 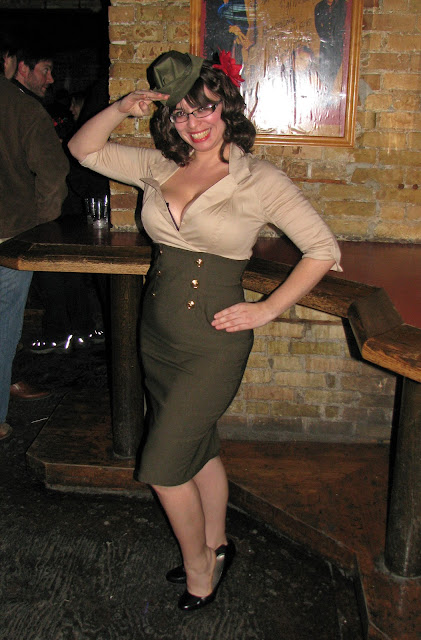 We were not allowed to take photos of the performers on-stage (nudity and all that), but I was able to get this shot of the first performer, Tahitia Belle Fille, in her army-inspired outfit during intermission. Aside from routines inspired by Green Eggs and Ham and The Lorax, it seemed quite a stretch to mix Dr. Seuss and Burlesque, and I think the Burlesque suffered somewhat for it.  My cold was getting the better of me, so I left after the first half of the show, which meant that I missed The Cat in the Hat. 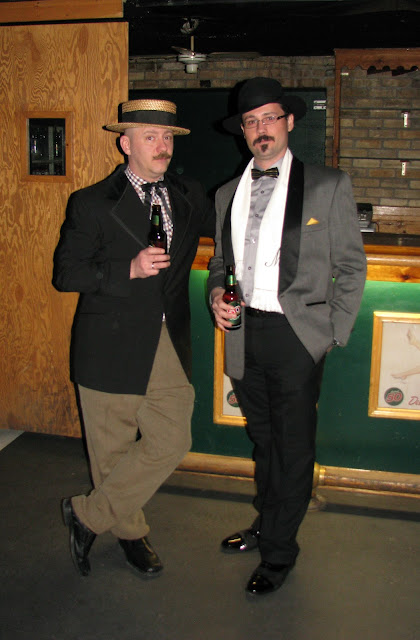 These dapper gents are the Mansfield Brothers, who performed a number as the Seuss character, The Lorax and a tree, that did not involve the removal of any clothes. 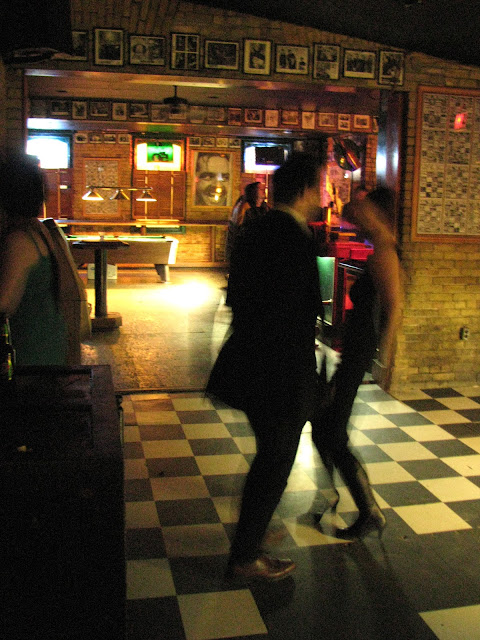 While the rest of the audience was in the main room watching the Hi-Tones, this couple took advantage of the empty floor space near the bar to have their own private dance party 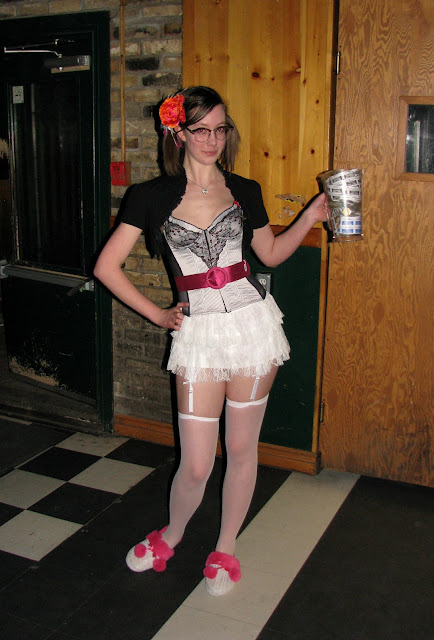 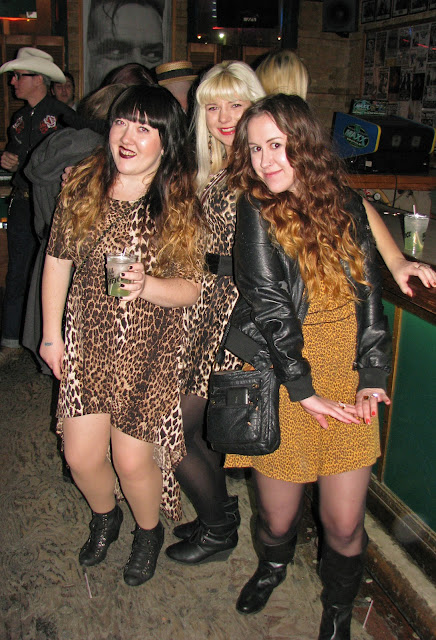 There was a whole lot of leopard print in the audience 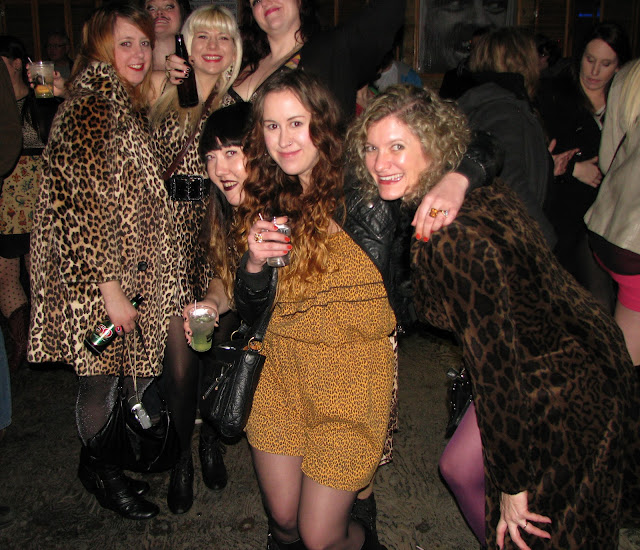 Apparently although leopards are mostly solitary creatures, when they do come together in a group, they are called a "Leap".  This is definitely a Leap of Leopards.  My apologies to the ladies in the back whose heads were cut off.  It was very dark and my eyes are not what they used to be. 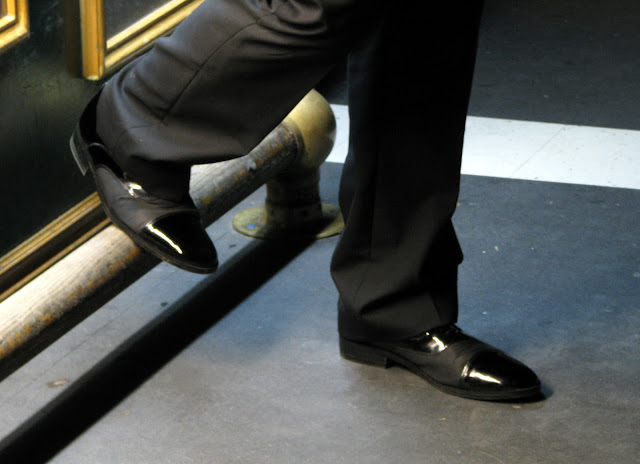 There were some great shoe shots to be had..... 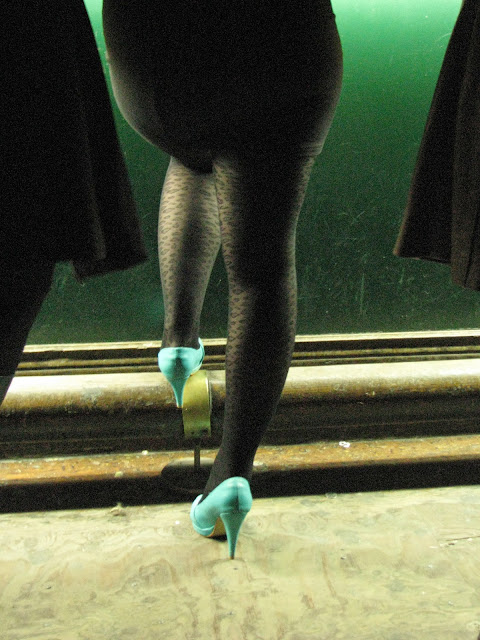 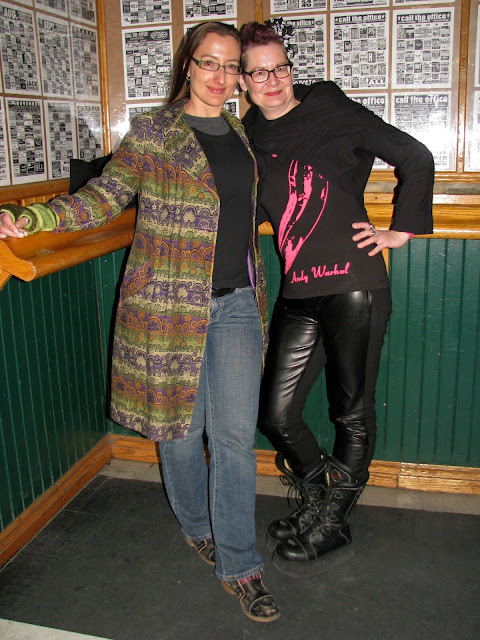 We asked our friend Paul to take a photo of Heather and I, just to prove we were there.  The Warhol Banana t-shirt seemed appropriate for the occasion.