It was a Roller Derby weekend, with a double header at the Western Fair Agriplex on Saturday night. Having divided my week between work and going home to bed, by the time the weekend came and I was feeling a bit better, I was ready for some fun.  This, of course, called for an outfit. 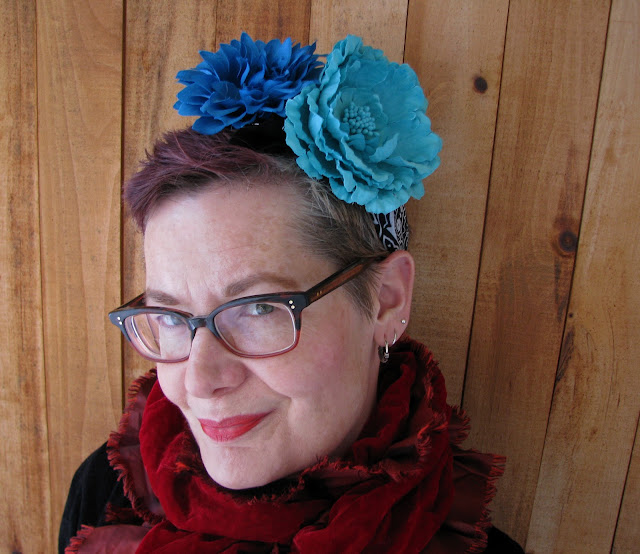 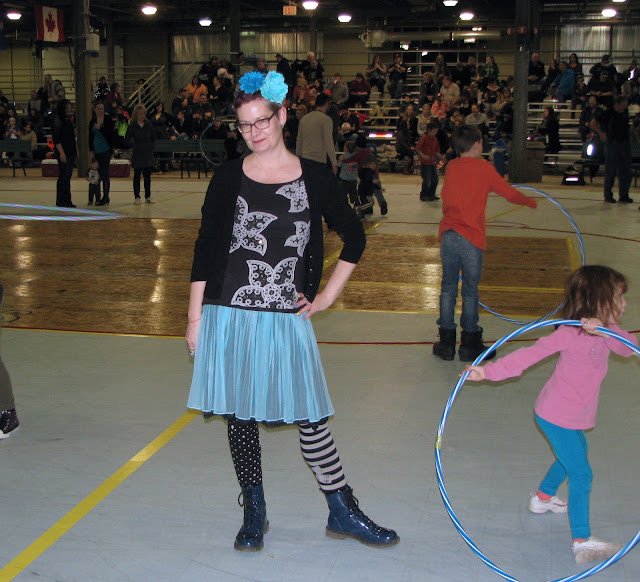 I was cheering for the Luscious Lunch Ladies, whose team colours are blue and yellow, so having nothing in yellow, I made do with black and blue, which is a rather apt colour combination for roller derby.  I was happy for an excuse to incorporate the vintage nightgown I got in Toronto in November into an outfit.
pleated nightgown - Space Vintage in Toronto
sequined t-shirt - clothing swap
printed leggings will get a post of their own later
blue boots - Housing Works Thrift Store, New York 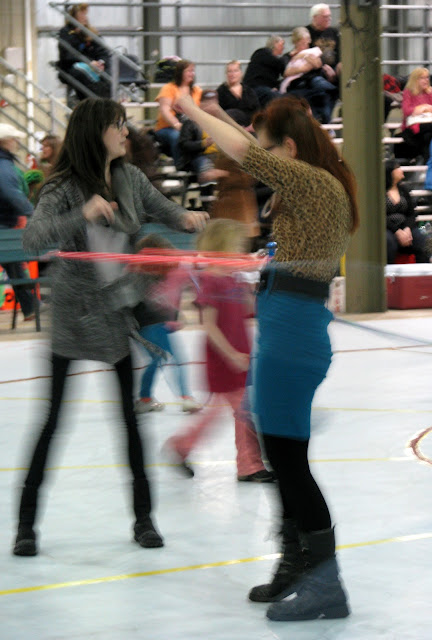 It seems that fewer people are dressing up to attend the Derby games this season.  It could be because it's winter, and being warm takes priority over fun outfits, but I miss the cool outfits from past seasons.   I did like the leopard sweater and teal pencil skirt on the woman in the photo above, taking advantage of the hula hoops at half-time.  She had her hair done in a vintage-y style too, which you can't really see here. 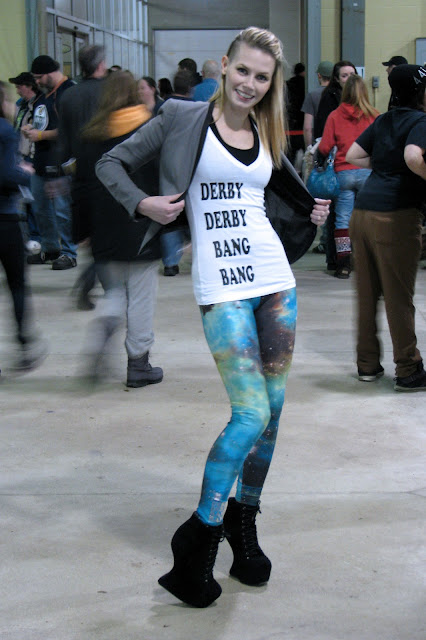 The seemingly 8 ft. tall woman in the photo above goes by the name of Bloodlust Barbie on the track.  She is creating a line of derby wear called Derby Derby Bang Bang, and some of the players were wearing tights from the line, similar to the ones she's wearing. 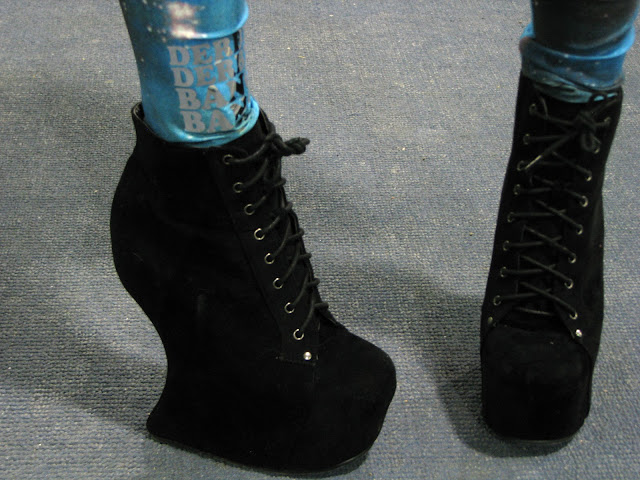 Those are definitely NOT the shoes I remember Barbie wearing when I was a kid...


The Luscious Lunch Ladies trumped the Thames Fatales, 218 - 118, in the first game where the two teams have played against each other (the announcer described it as "sista against sista") in the new team makeup.  The newly formed Forest City Travel Team, aka The Timber Rollers faced off against The Tri-City Plan B and were the victors in the second bout, which I missed, as my voice and body gave out by the end of the first game.  (Thanks to Dollface Massacre for the update)
Posted by Forest City Fashionista at 5:06 PM