It's Only Rock and Roll (But I Like It) 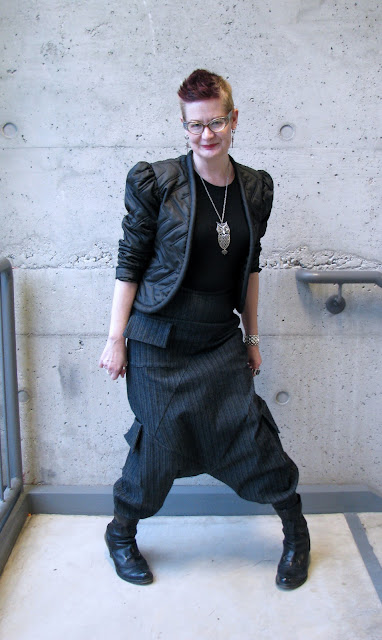 As a tribute to the Rolling Stones, who recently played in New York as part of their 50th Anniversary Gorilla tour, I thought I'd feature an outfit that made me feel rather bad-ass rock chick...or maybe more 80's New Wave?  I can't decide.  My friend Jean, of The Idiosyncratic Fashionistas, had the good fortune to attend the Stones' concert December 13th at the Prudential Centre in Newark, NJ - you can read her review, and see some of her photos on their blog here.  I have never seen the Stones perform live, and had assumed that to see them now would be a letdown, but apparently they put on a great show, and proved that after 50 years of touring, even if they still can't get no satisfaction, their fans certainly can! 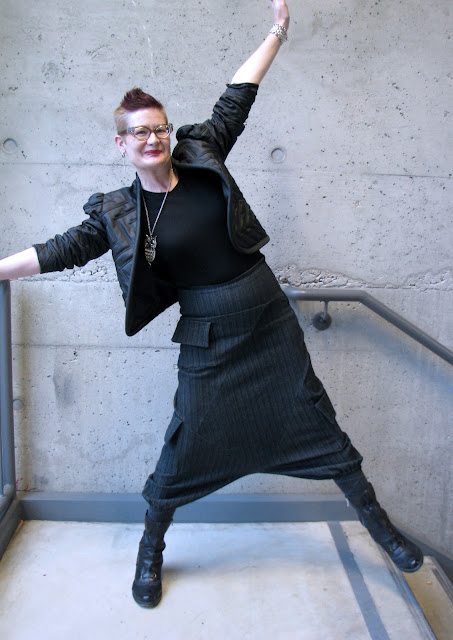 If I had my own band, this is definitely one of the outfits I would wear on stage.  I'm not sure what I would do in a band as I can't sing, and the few guitar and saxophone lessons I've taken during my life wouldn't go very far.  Perhaps I could be a "pretend" backup vocal singer, and do some cool choreographed shimmys and hip swivels while lip-syncing? 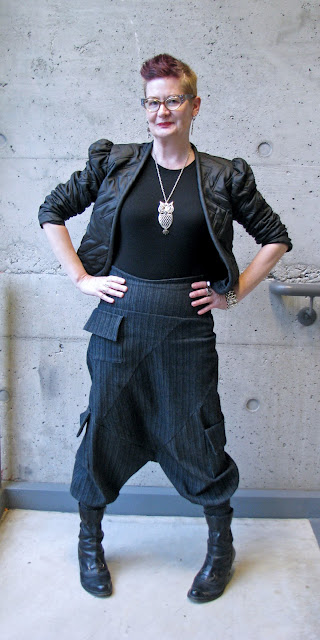 I bought these pants/skirt (skants?) over a year ago, but for some reason they've never been on my blog.  They are made by a Toronto designer, Deborah Korosec, and sold under her label Studio Gang.  They were the first thing I saw when I visited the designer's store on Ossington Avenue, and if they fit, I knew I was taking them home.  They went to  New York with me last year, where they got lots of compliments.
80's jacket - Mine 101
Skants - Studio Gang in Toronto
Neosens boots - From Mars
fave owl necklace - Frilly Lizard

I had a "SQUEE" moment when I saw that I had been included in this brilliant post by the lovely Bella, on her blog Citizen Rosebud, along with a number of my favourite 40+ blogging goddesses.  Real women do wear red lipstick (or not), and don't follow anyone else's rules when it comes to what we wear and how we present ourselves to the world.


Keep Calm, and Rock On!