The occasion - a Sunday afternoon clothes swapping party.  The guests - 10 women, most whom I didn't know, and our charming hostess, Sylvie.  The location - one of the most beautiful houses I'd ever seen, designed by Sylvie and her husband.  It was the kind of house that was the complete opposite of my apartment - bright, full of natural wood, uncluttered, etc., and yet there was a part of me that knew if I lived here, I could adapt.... 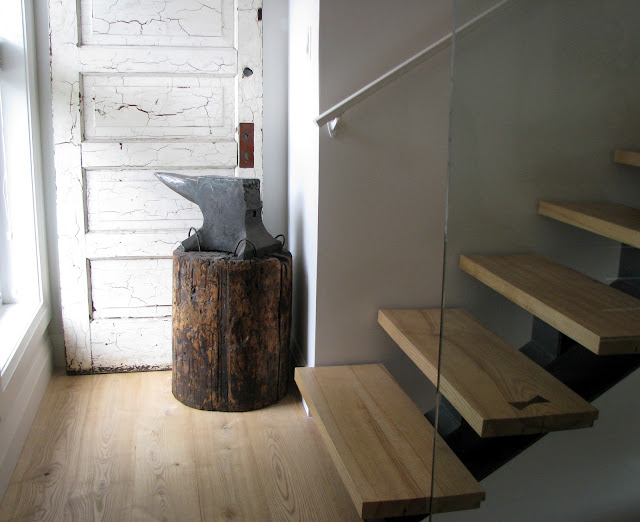 Just to the left of the front door - open staircase with glass wall, leading to the loft bedroom. 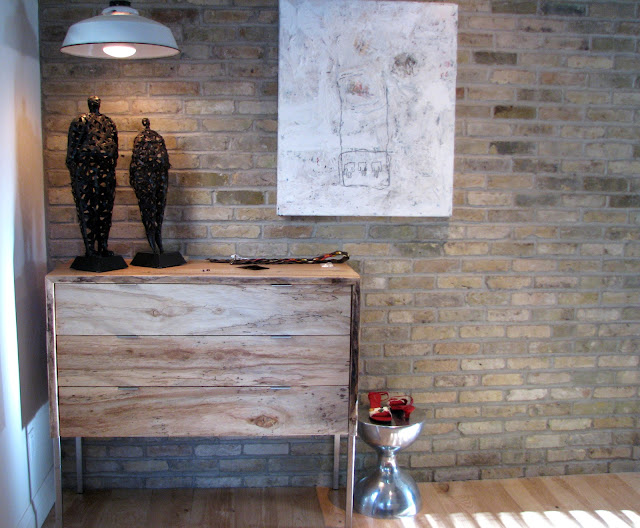 Sylvie and her husband have a home design business, Roth Design Inc. and the house is full of gorgeous custom-designed wood furniture, made by her husband.


The reason we were all there was to hopefully get rid of some items we no longer wore, and perhaps find a gem or two amongst the discards of the other guests.  After everyone put out their stuff, we were randomly assigned a number, and the person who got #1 had first chance to go through everyone else's things and choose something they wanted.  Then #2, #3 and so on.

It was my first time at a Clothes Swap, and I was very impressed with how well organized it was, and the quality of the things people brought.  Most people brought about 10 items, some a lot more.  It was also fortunate that most of us were within a size or two of each other, which meant that most of the women had lots to choose from, and this is vital for a successful clothing swap. 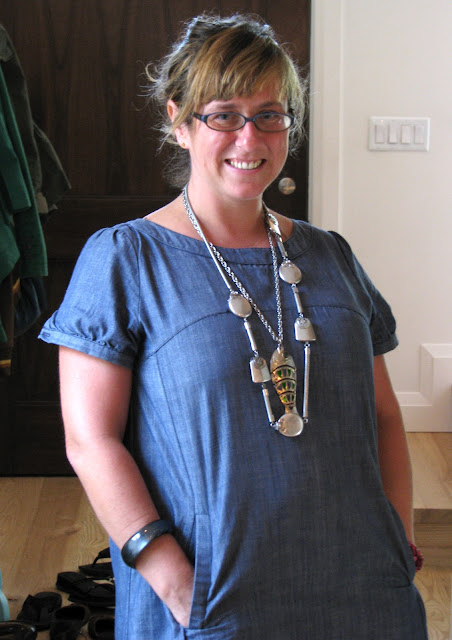 There is always the fear, when going to a Clothes Swap, that no one will want your stuff.  Fortunately, most of my stuff was gone by the end of the afternoon.  The woman above was happy to have snagged two necklaces of mine, which she's wearing in the photo. 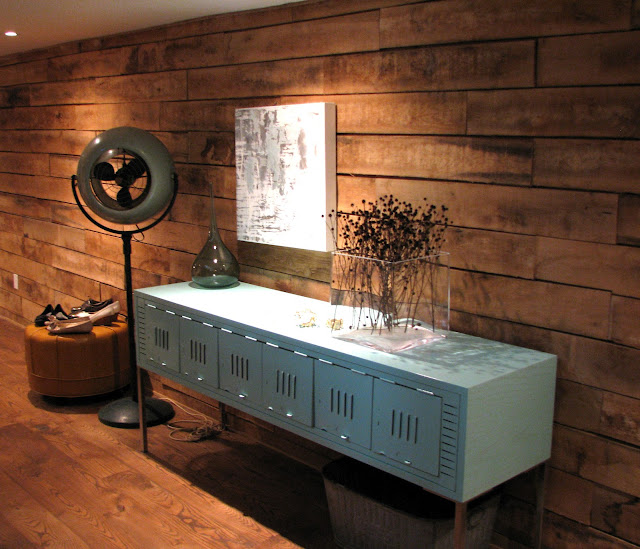 The basement was very cool, with lots of caramel-coloured wood, and this funky console made from a bank of metal lockers. 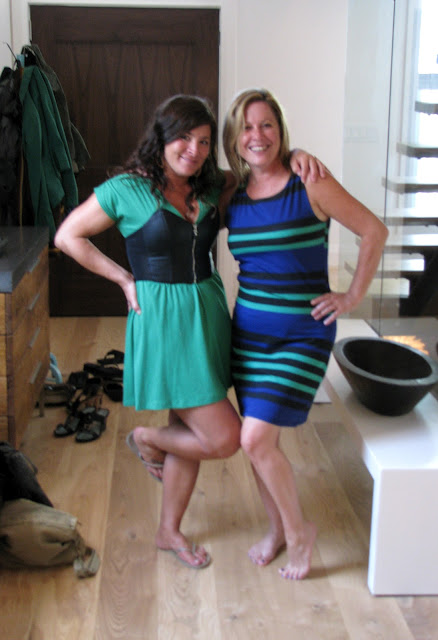 Sylvie, our hostess, on the left, wearing a leather bustier that used to be mine, and another guest in the fabulous striped dress she scored. 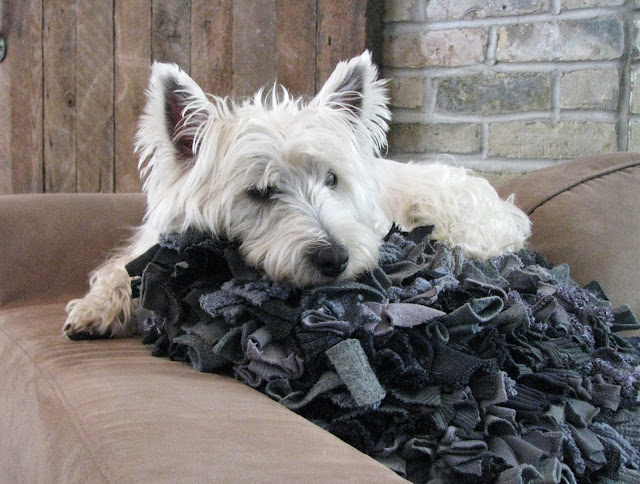 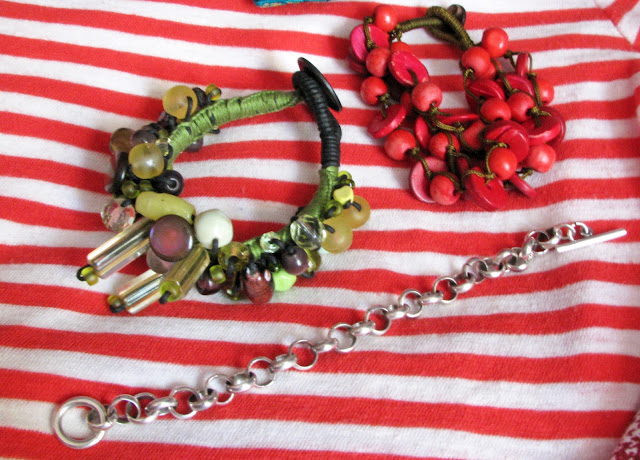 Of course,  even though promised myself I would not take anything home, that promise soon fell by the wayside as I browsed the goods that were on offer.  I took home the three bracelets pictured above, and the sterling silver one has been worn pretty much every day since. 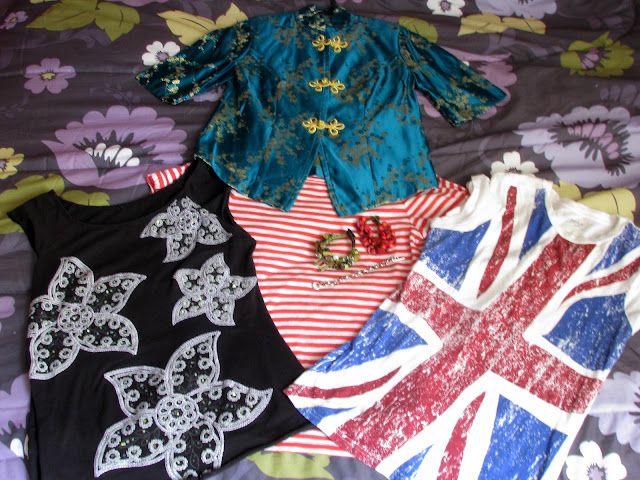 In the end, I did rather well, scoring a blue-green chinese jacket (which brings my grand total up to about a half-dozen now..), the three bracelets, and three cool t-shirts.

Have you ever been to, or hosted, a swap party?
Posted by Forest City Fashionista at 6:51 PM