Pride Comes in Many Colours - Part 1 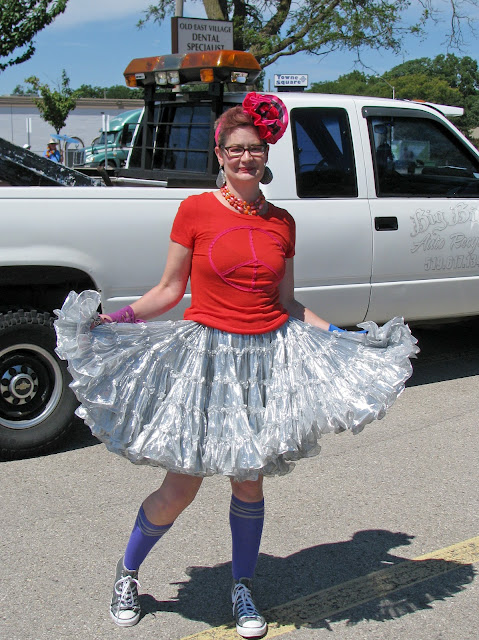 This past weekend was London's annual Pride Parade.  I had walked in the parade many years ago, but since then have been a regular spectator.  This year I thought I would join the Forest City Derby Girls in the parade, and of course that meant putting together an outfit.  The above photo shows what I came up with.  I really wanted to take the sparkly silver cloud crinoline out to play, so that became the focus, the rest was just lots of colourful accessories.  We had to stand around in a parking lot in the blazing sun, for about an hour before the parade got underway, so I used the time to shoot some photos of some of the other participants. 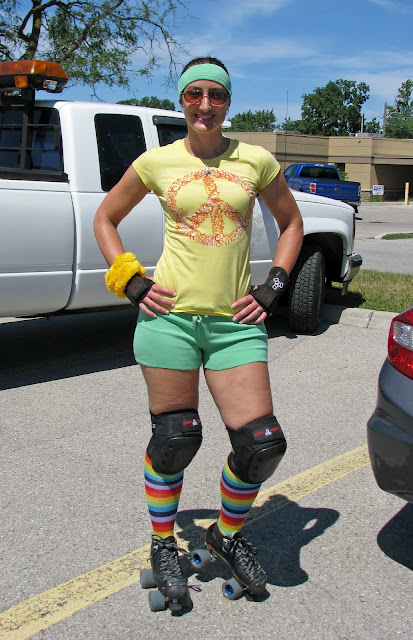 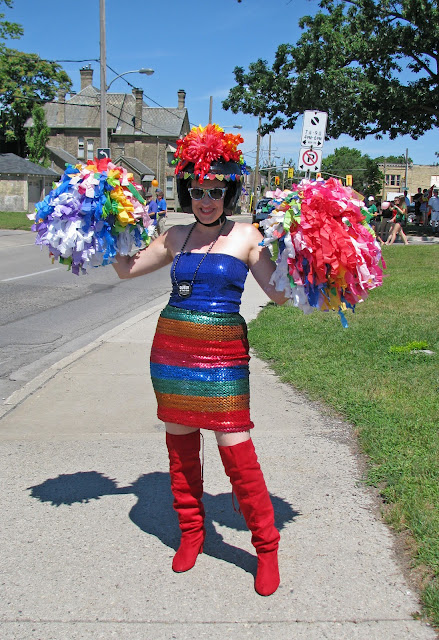 This woman was also going to be on wheels for the parade - on the back of a motorcycle.  I loved everything about her outfit, but especially.... 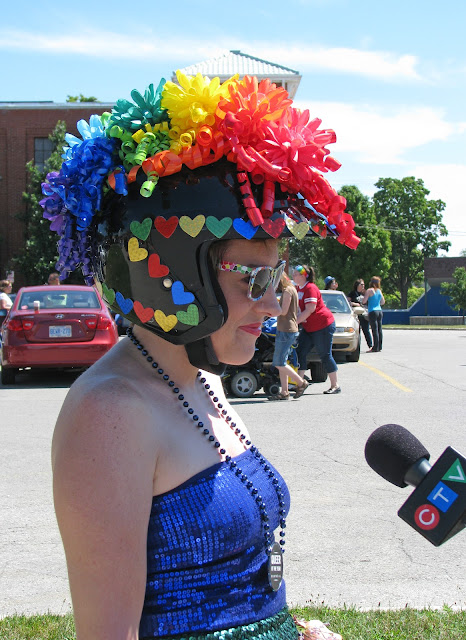 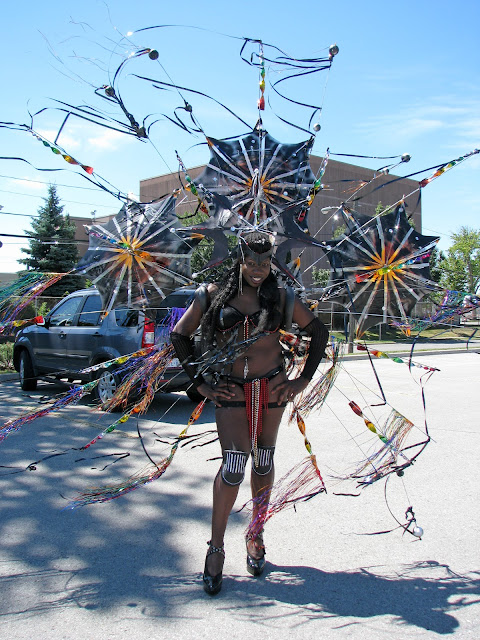 This participant made a gorgeous costume for last year's parade that was all white; this year she decided to go for all black.  I cannot imagine the effort it took to make the costume, and then walk the  entire parade route in those heels,  with all that weight strapped to your back.

Unfortunately, we were near the end of the parade, so I missed the majority of it, which is the disadvantage of being a participant instead of a spectator.  More photos to come in Part 2.
Posted by Forest City Fashionista at 10:55 AM