So...in addition to meeting some very stylish and interesting people at the Toronto Vintage Show, I also saw some fab vintage eye-candy.  I never know whether it's appropriate to take photos of stuff that a vendor has in their booth if I'm not going to buy it - some are ok with it and some aren't, so as to not make waves, I erred on the side of caution and photographed a couple of displays that caught my eye, a couple of dresses, and the things that I took home with me. 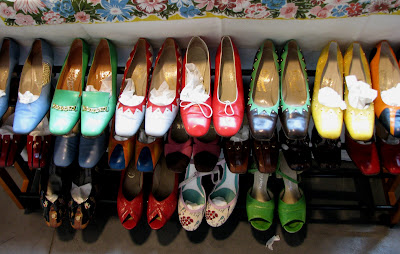 A rainbow of women's shoes drew my eye at one booth.  I was crushing on the green pair with the chains across the front 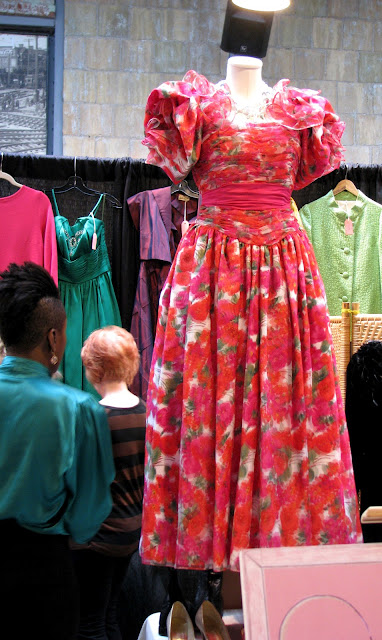 My friend and I discovered that staring at this dress too long caused serious damage to  your optical nerves.  The photo is not blurry; the pattern was on two layers of fabric that didn't quite line up.  The booth belonged to the woman in the teal silk blouse and the fierce hair to the left of the dress. 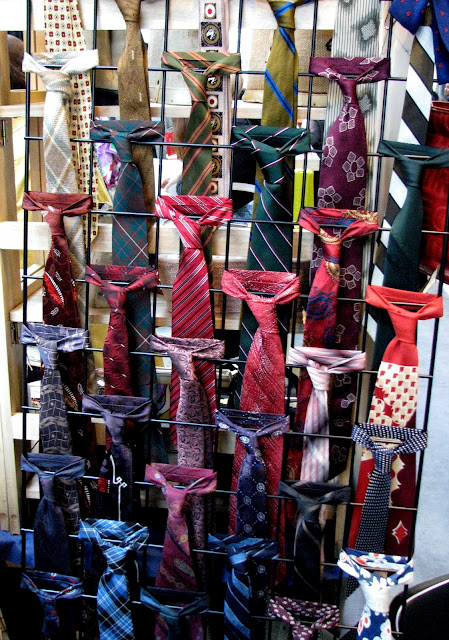 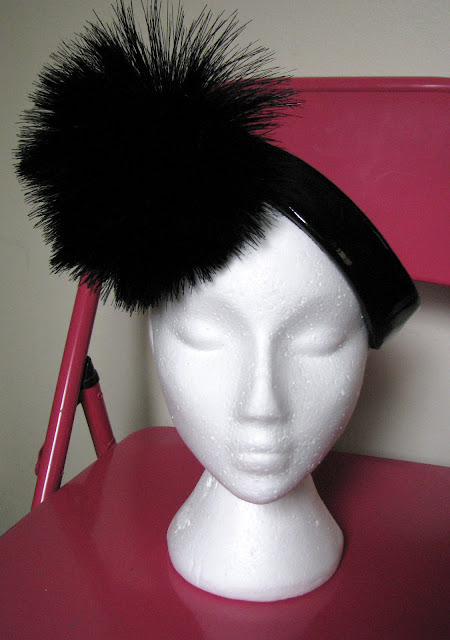 So, the moment I laid eyes on this hat (or perhaps, more correctly, the giant feather puffball ON the hat), I knew that unless it was prohibitively expensive, it was coming home with me.  The crown is woven black straw, the band is patent leather (or vinyl) and the big puff appears to be some sort of feathers.  I'm not sure of the era - any of my more hat savvy followers want to take a guess? 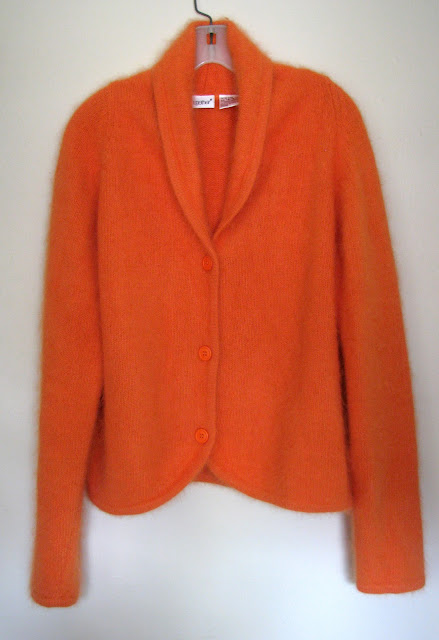 The colour orange has never really played a part in my wardrobe but for some reason, this angora  cardigan sweater caught my eye, and when I put it on, the colour made me feel positively giddy, and it was soooooo cozy.   Of course, after I got it home, I realize that it's like owning a very large, orange, long-haired cat: it sheds on everything!  I wonder if you can vacuum an angora sweater? 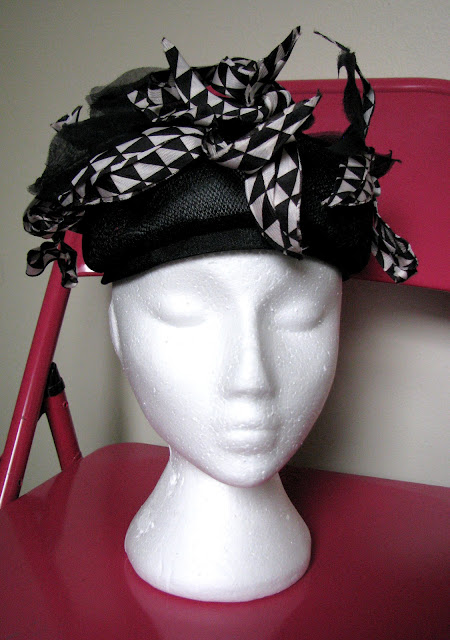 The other hat that came home with me was this bizarre concoction of open weave straw festooned with leaf-shaped pieces of black & black and white fabric, stiffened so that they can be shaped. The label inside says, "styled by Jack McConnell New York", and when I did a bit of research about Jack McConnell, who was a well-known hat designer in New York in the 1950's (and continues to design hats today), I learned that this particular label design was for hats he created in the 1950's, and one-of-a-kind hats that were created for a specific client had a red feather tucked in behind the label.  The label was coming away from the inside of the hat, so there could have been a red feather tucked behind there at some point, and really, it's hard to imagine that more than one of this particular style was produced, but unless anyone out there is a Jack McConnell expert, I suppose I'll never know.  I just fell in love with the pure oddness of it.  It's a smidgeon too small, but I did wear it home from the show and was stopped on the street by a woman who asked if she could have her photo taken with me in the hat - I wasn't sure if she thought it was cool, or, she wanted a souvenir to show the people back home what crazy things people wore in the big city.
Posted by Forest City Fashionista at 11:04 PM