Roller Derby - The Style Off the Track 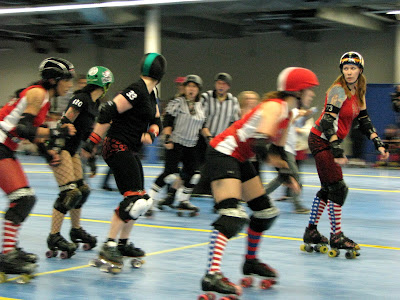 Saturday night the Forest City Derby Girls took on the Blue Water Roller Girls at the Western Fairgrounds.  The London team, consisting of members of the Lunch Ladies and the Thames Fatales, came out the winners, but there was also some winning style statements being made off the track: 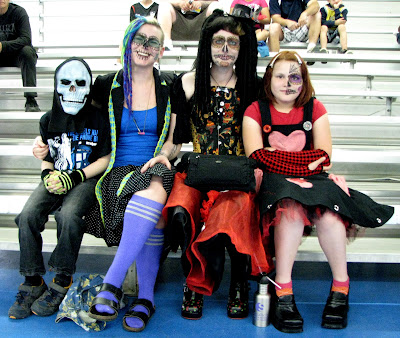 I had barely found a seat when I saw this group who had obviously been inspired by the Mexican "Day of the Dead".  I love to see people at Roller Derby who have obviously put considerable effort into their outfits. 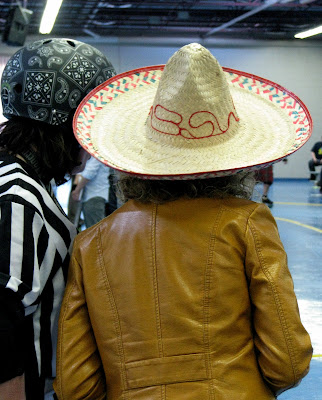 There were a couple of sombreros worn in recognition that Saturday was the Mexican holiday, "Cinco De Mayo". 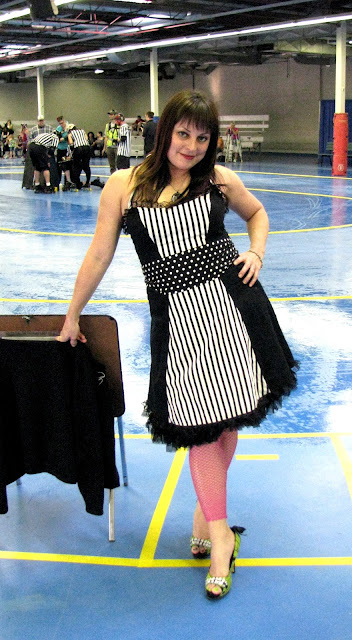 One of the Derby girls who was not playing was helping with the score keeping, and was decked out in a fabulous frock and shoes that had to be seen to be believed.... 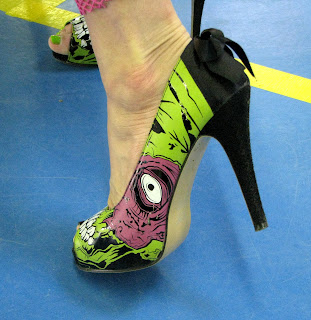 This young woman had it all going on--pink retro-inspired hair style, bold colours, and awesome accessories (I was coveting her gold-studded boots).  She told me that she was from Chatham, and is part of a group of women trying to start a roller derby league there. 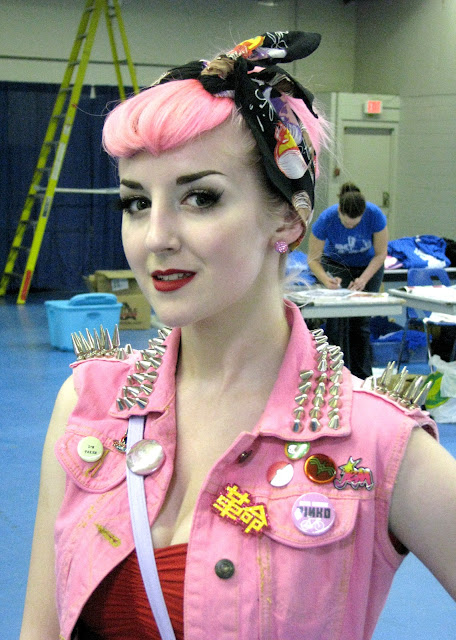 She definitely rocked a modern "Rosie the Riveter" look - complete with studded vest.  Her makeup was flawless, especially the out-to-there eyelashes. 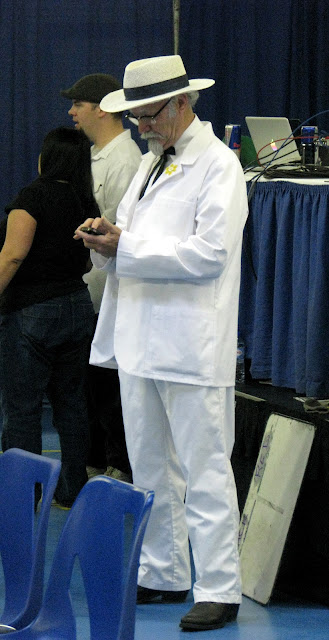