"Not Bad, For London"

One of the many art exhibit openings on Friday night was at the Michael Gibson Gallery and was titled, "Not Bad, For London", which gets my vote for the best art show title ever.  The show features the work of a group of young artists who draw, sculpt, paint, make films, zines, installations and sound art.  The art on display showed the influence of cartoons, comics, graffiti and an acknowledgment of London's rich artistic history. The main room of the gallery contained individual works by Marc Bell, James Kirkpatrick, Amy Lockhart, Jason McLean, Jamie Q, Peter Thompson, and Billy Bert Young, while the middle gallery space featured collaborations by the group.  The opening drew a large crowd and while the art itself was definitely visually engaging, I was more concerned with what people were wearing: 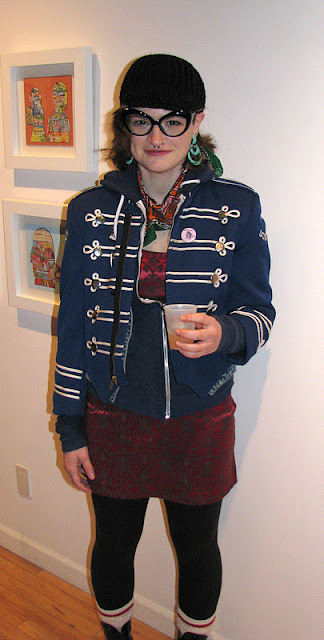 Funky glasses, and a vintage band jacket that had "Scranton" on the sleeve.  Who knew that Scranton would have had such cool uniforms for their marching band? 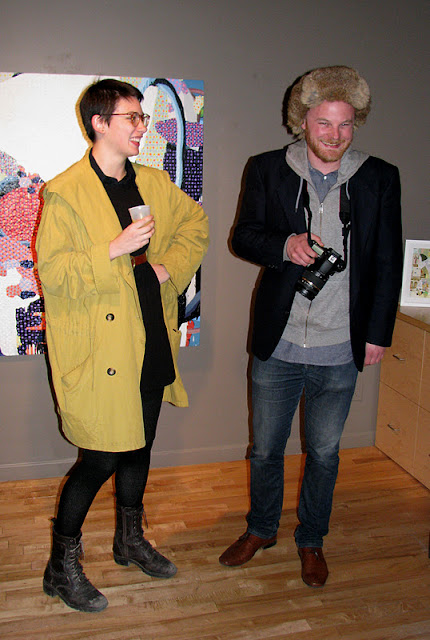 These two swore they were mortal enemies, but agreed to let me photograph them together.  They look happy enough in the photo, but who knows what happened afterwards... 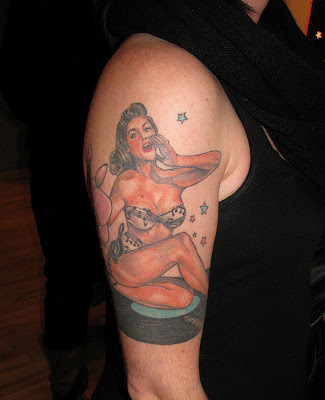 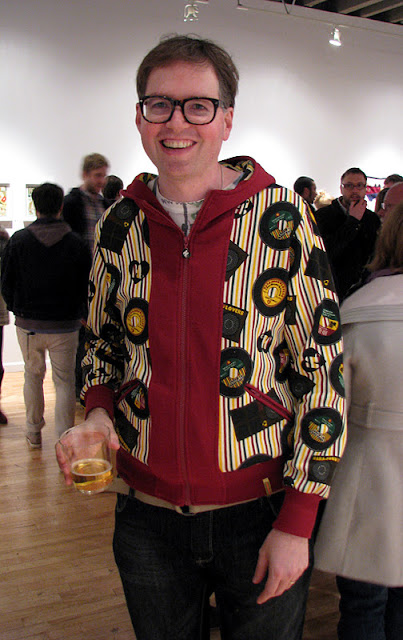 I loved the "45's and cassettes" print on the hoodie that artist Jason McLean was wearing.  He bought it in a store in New York to wear to an opening of a show he was having there. 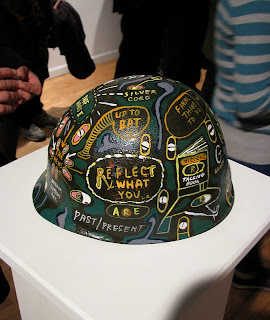 One of McLean's pieces in the the show 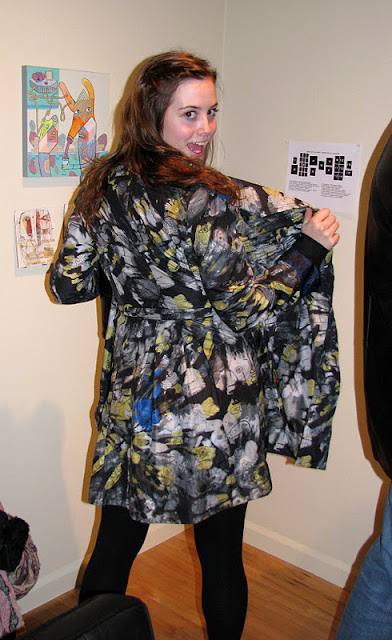 This young woman was quite happy to show off her gorgeous coat, which she purchased in Collingwood. 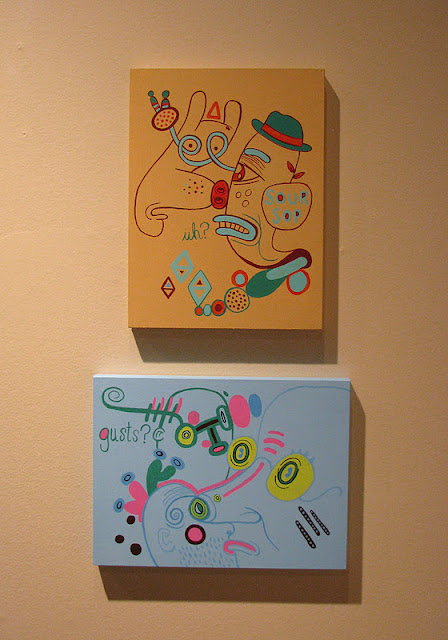 two of the collaborative works in the show 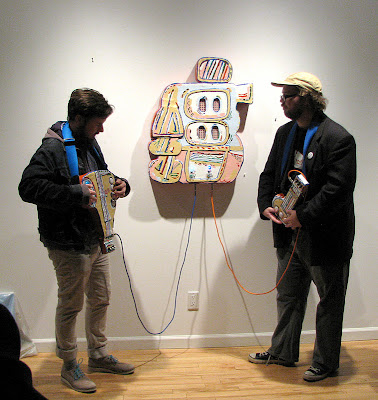 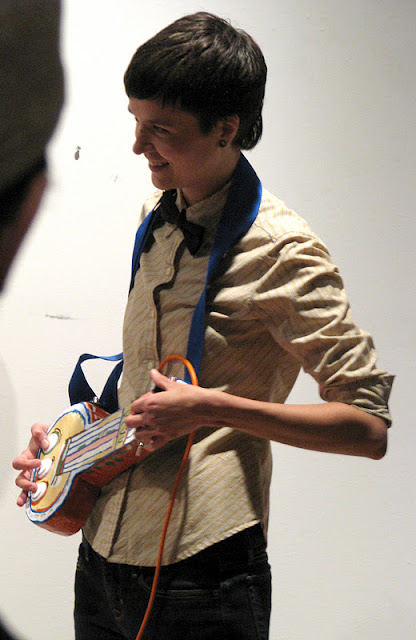 "Not Bad, For London" continues until November 26th at the Michael Gibson Gallery, located at 157 Carling Street.
Posted by Forest City Fashionista at 10:06 PM