I've just returned from a trip to New York, which was a "pre-birthday" celebration, and was surrounded by so much fabulous style I was in sensory overload for four days.  I have many great photos from the weekend and will be splitting them into a few posts.  On the day I arrived, I headed to the Bard Graduate Center for a talk by British milliner Stephen Jones, in connection with the current exhibit, Hats: An Anthology by Stephen Jones, that is on display there until April.  As soon as I arrived, the first person I saw was Ari Seth Cohen, author of one of my favourite blogs, Advanced Style.  Ari asked if I would like to shoot with him while we were waiting for the talk to begin (like he had to ask me twice), so we photographed some of the women heading to the talk who were decked out in their most fabulous hats. 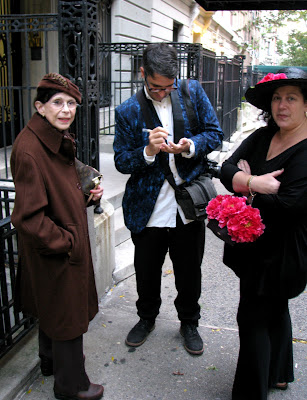 Ari Cohen, (center), author of Advanced Style.  I'm pretty sure the woman on the left will show up on his blog. 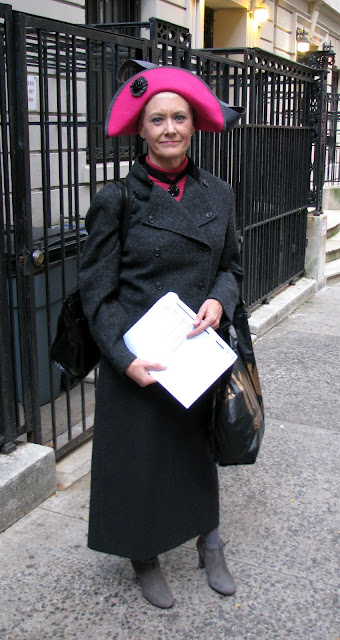 A number of people attending the talk were local milliners and were wearing hats of their own creation.  This woman made the hat she is wearing.

Debra has appeared regularly on Ari's blog, and has a marvelously creative hand and eye when it comes to making amazing accessories from discarded odds and ends, including the hat she was wearing. 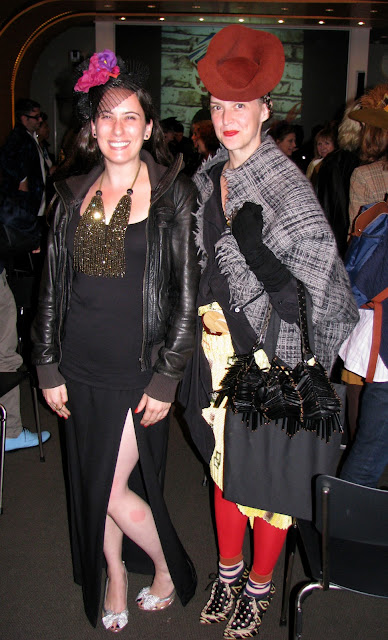 It was great to see a number of young woman at the talk who had worn hats.  See photo below for a closeup of the one on the woman on the right. 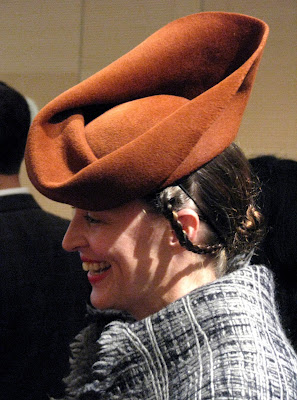 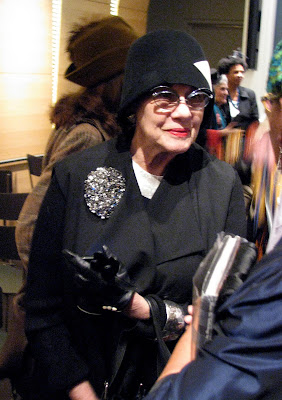 I was told that the woman in black and white above is a champion of mid-century modern jewellery.  She looked amazing in her black and white cloche hat and black jacket, but her brooch was the real eye-catcher. 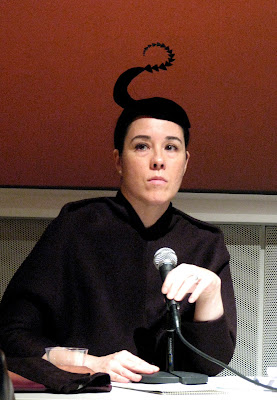 Patricia Mears, the Deputy Director at the Museum at FIT served as interviewer for the talk, and was wearing a hat of Stephen Jones' design. 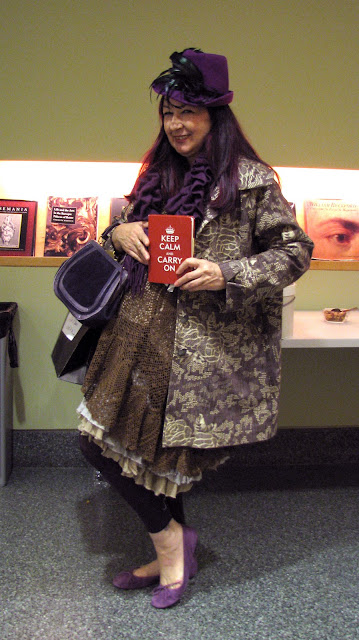 Another milliner who attended the talk shows off her muli-layered outfit, featuring her favourite colour. 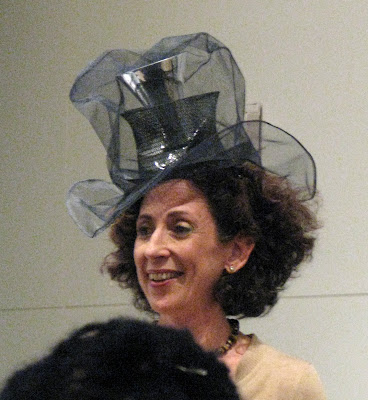 After the talk, during which Jones discussed how he became a milliner, some of the inspirations for his work, and stories of designers he has worked with, and a Q & A with the audience,  Jones selected audience members to come up and try on one of his hats that he selected for them from a sampling he had brought along.  The lucky woman above got to try a silver top hat encased in black tulle. 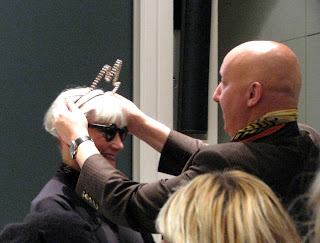 Stephen Jones fitting a gold tiara on Jean, who is half of The Idiosyncratic Fashionistas 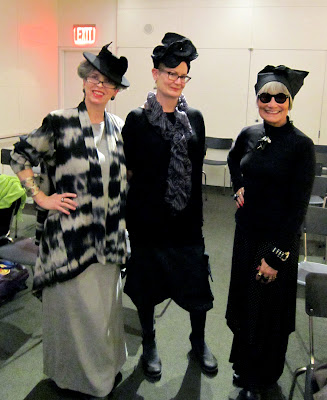