This past Saturday, Old East Village hosted a Block Party on Lorne Avenue between English and Ontario Streets.  Sponsored in part by the Old East Village Business Association and the Old East Village Community Association,  it was a lively few hours that allowed people in the neighbourhood to mingle, chow down on free burgers, hotdogs and corn on the cob, and listen to live music by a variety of local acts. There were snowcones, facepainting and games for the kids, some local artists displaying their work, lots of dogs, some chickens and even a kitten.  There was a community garage sale and sidewalk sale in the morning, and it was a treat to see lots of people out enjoying the weather, strolling on Dundas Street and supporting their community, even if it was just for one day. 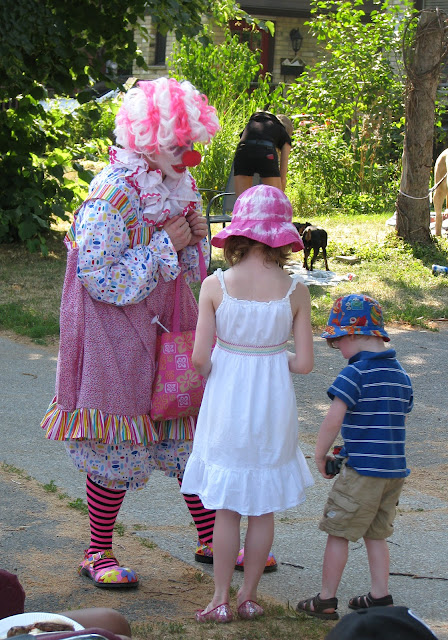 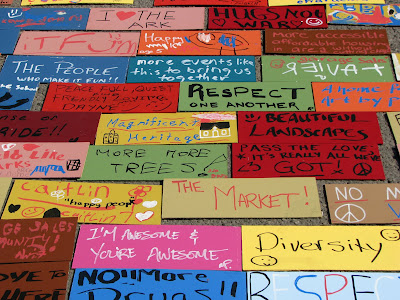 People could write what they liked about the neighbourhood, or suggestions for improvement, on a "brick" that will become part of the Wishing Wall, an installation near the Ark Aid Mission. 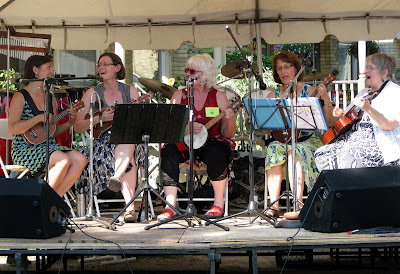 The Ukelettes, pictured above, and a number of other local musical performers entertained the crowd throughout the afternoon. 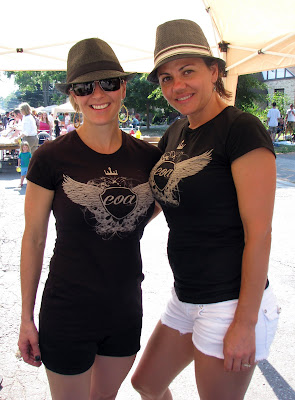 Angela and Maria model the "EOA" shirts they designed and were selling during the afternoon.  The design has a bit of a 'Harley Davidson' look; cool, definitely a bit edgy, and a t-shirt that I would wear, even though I don't wear t-shirts much any more.  If you would like to order one of your own EOA t-shirts, email rivardangela@yahoo.ca 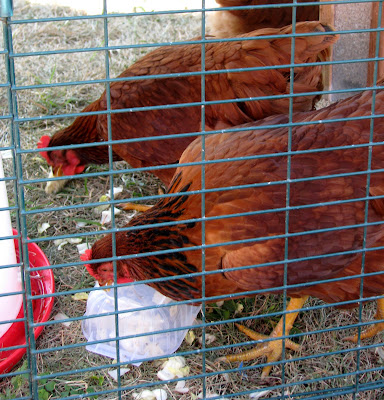 And, there were chickens.  I'm not informed on the "keeping chickens in your backyard" debate so I can't speak to either side.  The kids seemed to like them and I thought they were rather pretty.
There were lots of furry critters enjoying the festivities - more photos to come.
Posted by Forest City Fashionista at 10:14 PM