This weekend was the London Ontario Live Arts Festival (LOLA), and I spent Sunday afternoon in Victoria Park enjoying the sunshine, and music from bands like London's Light of East Ensemble and New York's Arthur's Landing.  It was also an opportunity to get some photos of some of the other music and art fans who had their own thing going on style-wise: 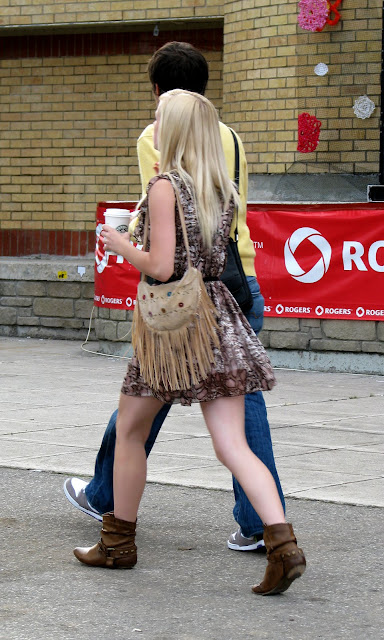 Like the different shades of brown she's working in this outfit 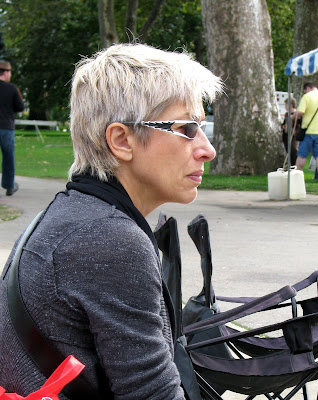 The bright sunshine brought out the sunglasses, including these funky black & white ones 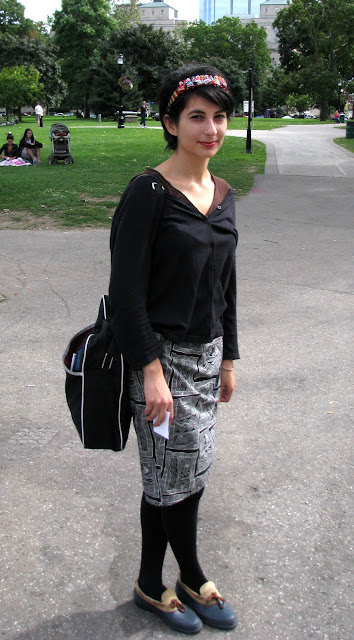 There were lots of women in skirts and dresses, mostly with dark tights and leggings.  I thought the multi-coloured headband this young woman was wearing, which I'm guessing may have been made in Guatemala because of the fabric and the tiny dolls, looked very pretty against her dark hair: 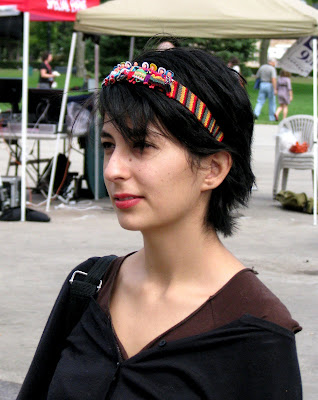 It got cooler as the afternoon progressed, and there were a limited number of seats, so layering and comfortable shoes were the choices of many in the audience.
Posted by Forest City Fashionista at 10:40 PM