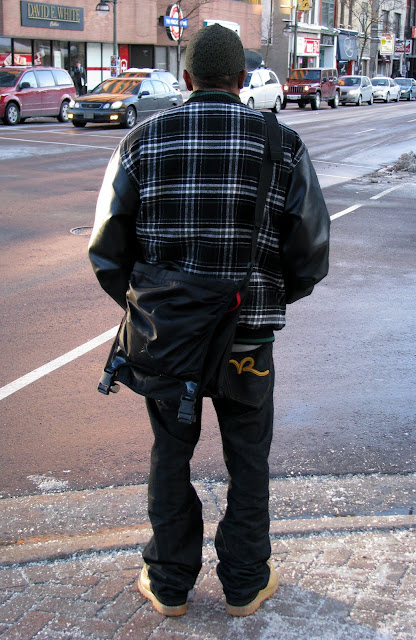 This man is wearing the basics that a lot of young men wear--the timberland boots, loose jeans, and baseball cap, but he's ramped it up a notch--I like that the crotch of his jeans isn't at his knees, that the jacket is a cool plaid instead of covered in dollar signs or skulls, and I especially like the messenger style bag.  Even the baseball cap is an unusual colour.  Then, I saw this guy a week later, and he was wearing exactly the same outfit, right down to the cap and messenger bag.